National Museum of the US Air Force - Dayton Ohio

We are staying at the RV park at Wright-Patterson AFB near Dayton, Ohio.  The area became the birthplace of US aviation when Orville and Wilbur Wright set up shop in the early 1900's.  They flew their first airplane in 1903.

It is fitting the US Air Force Museum is nearby and we went to check it out.  The displays were very informative and most had a short explanation of the importance of the display along with some interesting facts.

The first exhibit we saw was the Army Air Forces B-29 bomber that dropped the atomic bomb on Nagasaki Japan which ended World War II.  The 'Bochscar' (Boxcar) was named after the pilot of the airplane, Capt Frederick C. Boch. 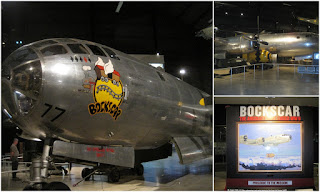 The P-51 Mustang was designed and built in 117 days.  It was a single seat, long range fighter that saw duty in Europe and the Pacific and was first flown by the Royal Air Force in 1942. 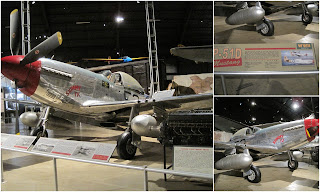 During the War, many famous entertainers joined the service.  Glenn Miller left a lucrative career as a bandleader and entertained troops in Europe before his plane disappeared in bad weather over the English Channel.  His body was never found. 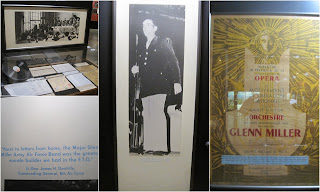 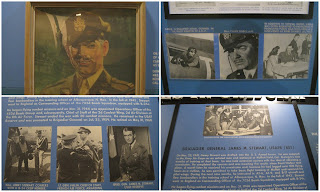 Ronald Reagan also served in the war as a captain.  In 1981 he became Commander-in-Chief. 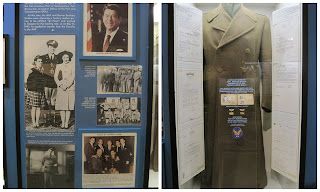 The B-17 Flying Fortress was a four-engine aircraft deployed for daylight precision bombing raids primarily against German civilian, industrial and military targets.  The B-17 dropped more bombs than any other aircraft in WW II. 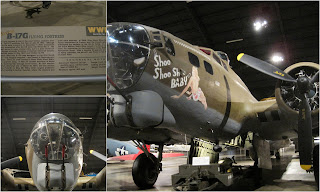 Walt Disney did not serve in World War II but served those that did by designing unit patches and insignia.  They were always very popular and provided a source of improved esprit de corps and morale among the units. 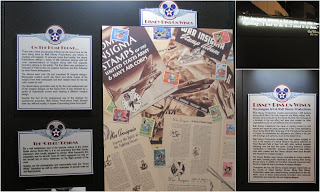 In the afternoon, we drove over to the hangars that house the presidential aircraft and displays. 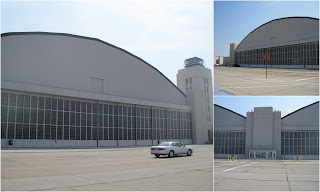 The first presidential aircraft was built for FDR.  He flew it to Yalta in 1945 a few months before he died.  It was equipped with an elevator in the back for him in his wheelchair. 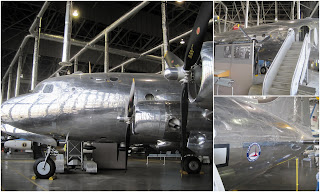 President John F. Kennedy used the VC-137C as his presidential aircraft.  Any aircraft carrying the president becomes 'Air Force One'.  This aircraft was also used to carry the coffin with his body after he was assassinated in 1963. 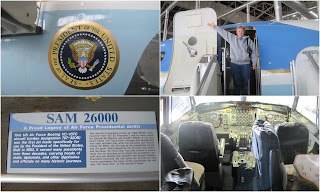 The plane was also used by Presidents Johnson and Nixon. 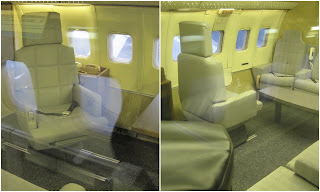 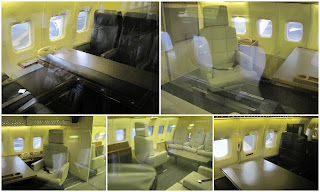 We also saw a number aircraft in the hangar adjacent to the presidential hangar. 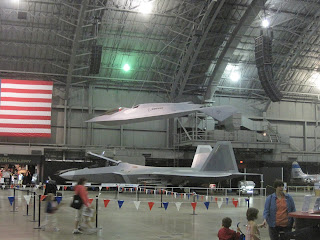 We saw a few research and development displays in the hangar next door.  The stealth aircraft look ahead of their time but actually are several years old.  The F-117 Nighthawk is shown on the ground.
That was the major event of the day.  It was fun to see all those artifacts and to actually go into the presidential airplanes.  It was information overload and we could have taken a lot more pictures.
Have you been to an airplance museum?  Which one?  Where? When?
Hope your week is going well and thanks for viewing the Roadrunner Chronicles!
Posted by Roadrunner Chronicles at 11:05 PM