Another fairly short travel day which I like.  We continued on the Oregon Trail and stopped at the Le Page Army Corps of Engineers Park at John Day Locks. 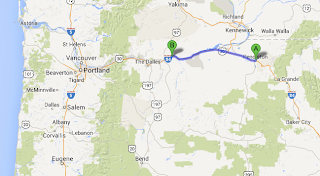 We picked this place a couple of weeks ago when we decided we needed to make reservations along the way since this is the high summer season and the Oregon Trail/Columbia River is a very popular camping area.

We were in place before noon and got all set up.  The campground was fine - it had asphalt hardstands with water and electric and 50 amp power.  It is still hot in this part of the country in the low 90's. 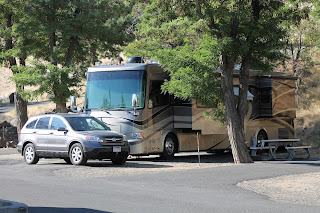 The campground was pretty full for the middle of the week.  It has a nice picnic/day use area with large trees and a small beach for folks to enjoy. 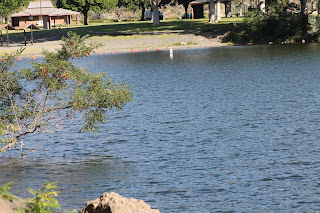 It is right on the water and some campers brought their boats.

The biggest issue for us was lack of cell phone or internet coverage.  I had to go 10 miles down the road to check in a couple of days for work.  Since I support a group on the East Coast, I had to be up early and get to the combined Petro Truck Stop/McDonalds for my 8:00 A.M. Eastern DST telecon!

We were glad to be able to get DirecTV for the start of the PGA Championship.  And to see a MLB baseball game or two in the evening.

During our two days there we made it over to the Columbia Gorge Discovery Center.  That was a great one!  It was one of the best we have seen in a while.  Definitely worth going to. 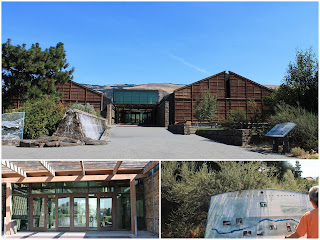 Inside, the displays were well done.  Informative and interesting. 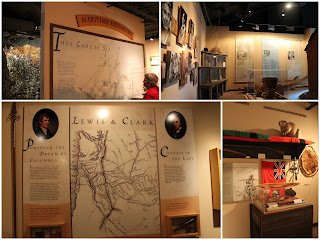 But the highlight was the live raptor demonstration.  Before the bird handler came out, they had a slide show of birds of the region. 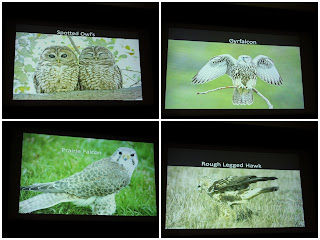 Then the handler came out with three birds.  It was really something.  And she knew her stuff.  She has been at it over 20 years.  She talked about their habitat and was a steady stream of facts. 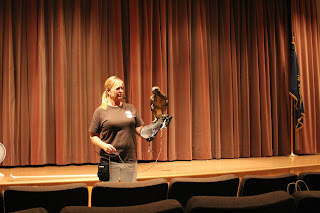 All the birds were 'educational birds'.  They had been damaged in some way (broken wing, no eyesight in one eye, etc) and were in the refuge living the good life.  And working everyday educating us non-birders.
She took each one from the cage and held them, gave them a treat, and then put them on a perch while she got another one out.  One was a Red-tail hawk, another was an owl and I forget what the third one was. 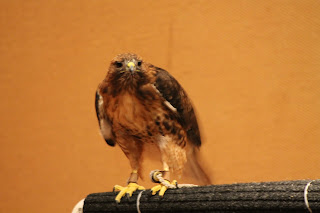 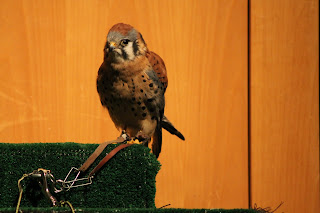 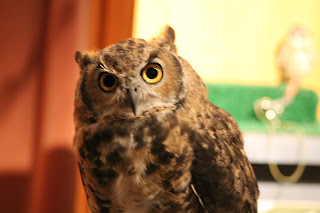 Afterwards we had a chance to ask some questions.  It was all new to me so I didn't know what to ask. 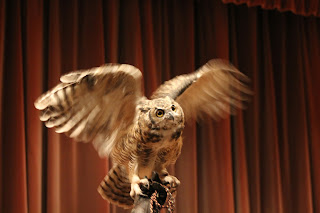 It was definitely a treat!

Thanks for joining us on the Roadrunner Chronicles!  Until next time...

Posted by Roadrunner Chronicles at 3:16 AM