Sunday on the Oregon Coast

It was a beautiful day on the Oregon Coast.  We are staying at the Umpqua Lighthouse State Park.  It is a great state park.  They have lots of Oregon State Parks along the coast and they know how to set them up, run and operate them.

Our spot is not real spacious but we got into it with no problem.  It has full hookups and a fire ring that we have used every day. 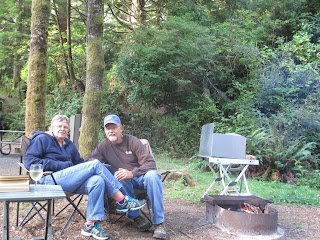 One thing I think is pretty neat is that the campgrounds have sites for "Hikers and Bikers".  We have mostly seen folks (usually in pairs but not always) on bikes roll in after 4:00 P.M.  They are making their way along the Oregon Coast Bike Trail and the State Parks have tent sites and areas for Hiker and Bikers. 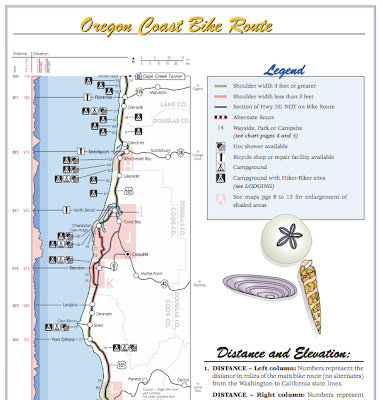 This is a portion of the map I found online.  I met a couple here for the night who were from Victoria, BC.  Another couple here yesterday were from Great Britain.  Plus lots more from Oregon and Washington state.

Yesterday we went for a hike around the small lake near the campground.  Beautiful trees, clear water chirping birds.  Lake Marie was built by the Civilian Conservation Corps in the 1930's and has a one mile trail around the lake. 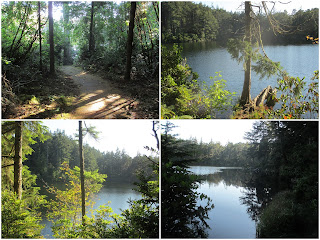 Then we went over to the lighthouse.  Ship wrecks in the 1800's were a scary thing and were all too common.  So lighthouses were built all along the coast.  This one was built in 1894 showing the entrance to the Umpqua River. 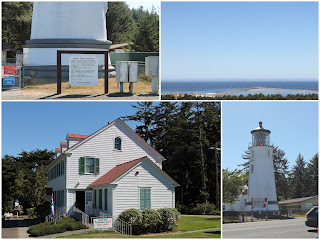 Looks like there is some U.S. Coast Guard active duty housing on the property.

Next, we took a drive up the Umpqua River on Highway 38 to the Dean Creek Viewing Area.  Way more than I expected. 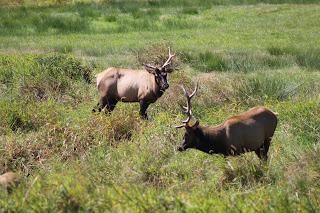 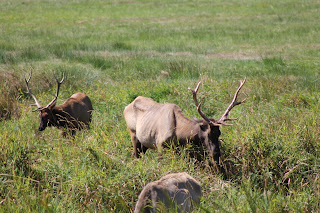 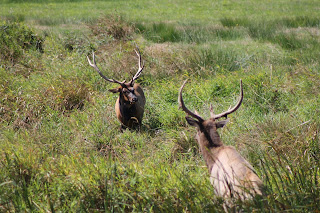 Sure enough-- a herd of elk were hanging out and eating a lot of grass.

After a picnic along the river, we went back to Charlestown south past Coos Bay and checked out some of the viewing observation points along the NW Oceanview Drive along the coastal road not far from Agate State Beach.  We found one with a lot of seals. 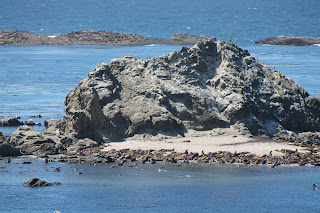 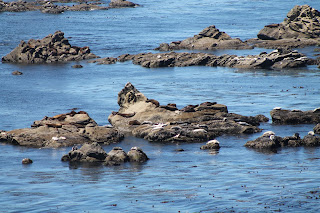 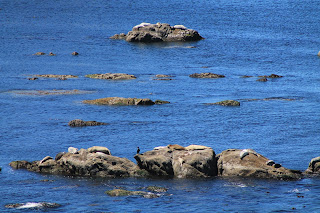 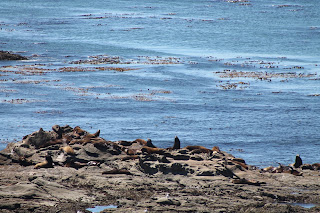 Friends of the Southern Oregon Coastal National Wildlife Rufuges had some scopes set up and a display showing the kinds and type of seals we were looking watching. 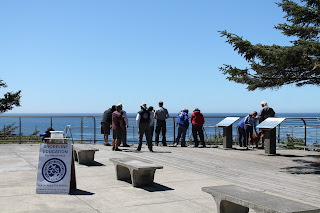 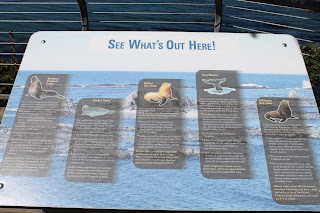 Like other volunteers, these folks give up their day to make it informative and a pleasant experience for the rest of us 'tourists'.

At another stop in the area, we saw more seals 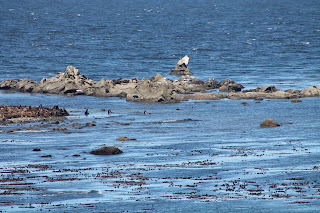 and then we went to the observation area over on the other side of the parking lot. 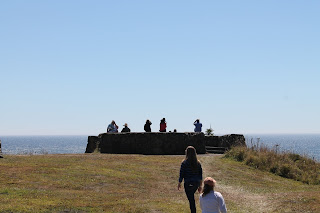 We wondered what was over there and found that there was a whale in the area that was spewing out and surfacing a bit in the distance. 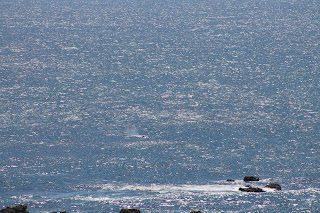 We caught glimpses of him.  And I do mean glimpses. 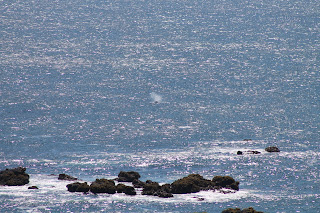 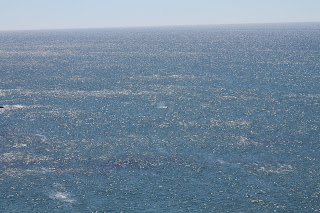 This might be the best shot I got of him 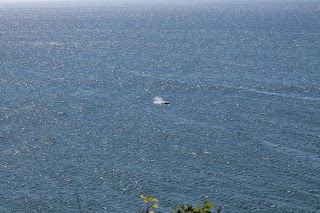 It was a beautifully gorgeous day and a great time to get out and see some of the Oregon coast.

Thanks for joining us today on the Roadrunner Chronicles!  Until next time...

Posted by Roadrunner Chronicles at 10:32 AM