On the Oregon Trail - Boise to Pendleton, OR

For quite a few weeks now, we have had a series of 'short' 250-300 mile days.  It was one of those kind of drives when we left Boise.  We went west on I-84 along the Oregon Trail.  I am fascinated by harsh an cruel trek the pioneers endured in the mid 1800's as they moved west from Missouri to the West Coast. 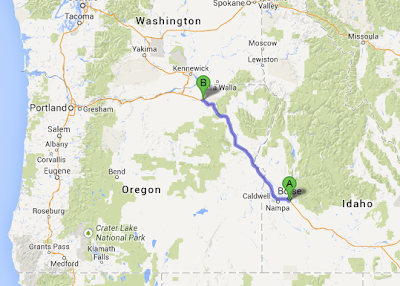 It may not look like it but, there is some harsh, desolate country along this stretch.  And a big mountain to descend before getting into Pendleton.  I was surprised at the starkness of the desert.  As we drove along in our air conditioned Roadrunner, I tried to imagine struggling with a wagon and oxen through miles and miles of hot, relentless sun and stark country.  I couldn't.

We made a stop or two to stretch the legs and see what the 'Information Center' had. 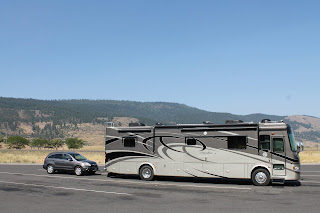 Oregon does a very nice job with their unmanned information boards/displays/kiosks. 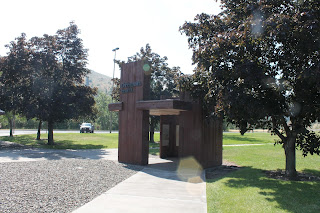 Fur trappers and mountain men before them, attested to the hard and difficult passage across the mountain and into the Grande Ronde Valley. 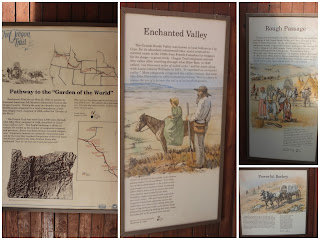 We stopped outside Pendleton Oregon at the Wildhorse Casino RV Park. 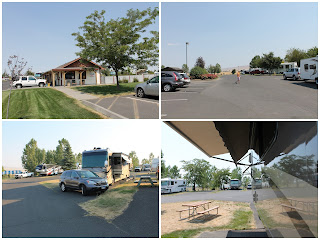 It was a pretty good overnight stop.  The main thing for us was the 50 amp power which meant we could use the air conditioners.  It was in the low to mid 90's and hot.

We got in around noon and had time to go into town and see what we could see.  Our first stop was the Pendleton Woolen Mills.  It began in 1863 but did not flourish until the late 1800's when it became took on new ownership and began making their world famous Indian blankets and men's woolen shirts. 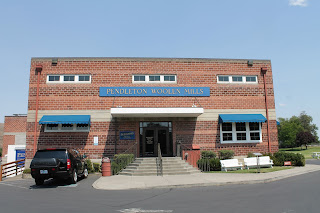 We weren't in time for the tour, but we were able to look around and see the store and a bit of the factory in the back.  Plus some historical displays. 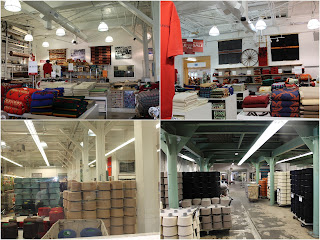 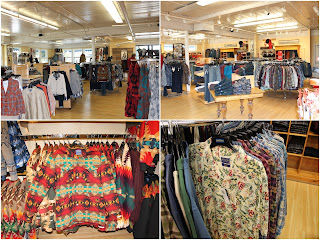 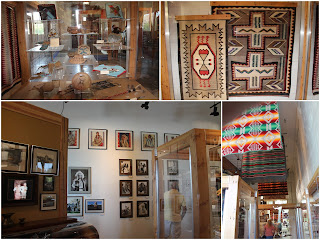 Next, we went downtown and ended up at Hamleys.  What an interesting store!  They are known for their saddles. 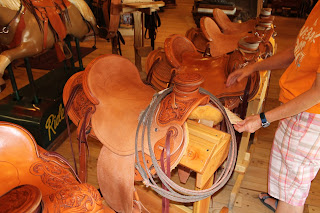 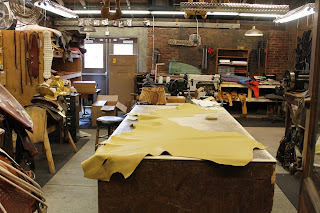 This saddle is only $4895.  The hand make these andit takes 5-10 months for their six saddle makers to get them done and shipped out.

The store is full of western wear and also has a collection of art and cowboy lore. 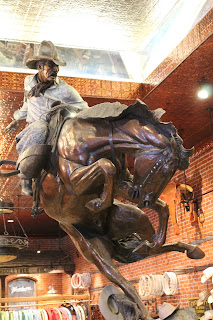 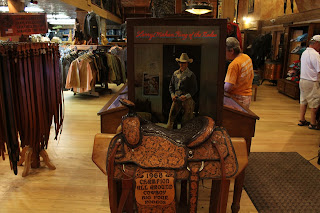 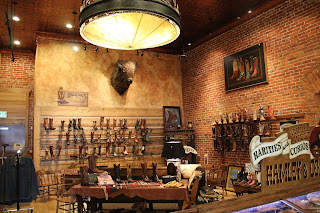 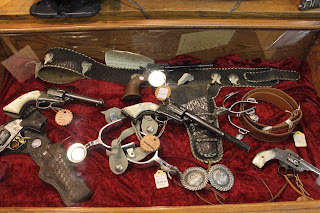 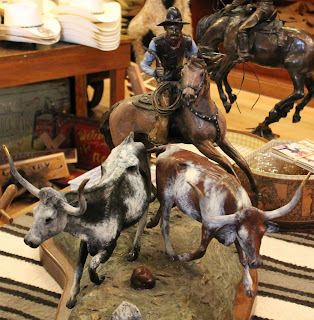 After our time there, we went back to the campground and got ready for dinner.  We tried the buffet at the casino which was pretty good and then just chilled out for the rest of the evening.

It was a little warm still, but I enjoyed some time outside and took some pictures of the countryside and the highway up the mountain from where we had been earlier in the day.  It was a 6% decline down into the valley so we had taken it pretty slow. 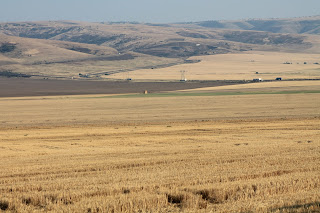 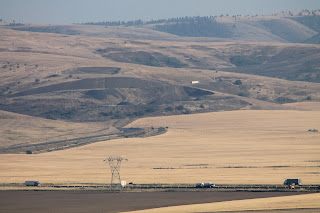 The valley was quite a contrast from where we had been earlier in the day.  Down in the valley the Umatilla River is a great water source and allows for big farming of wheat, corn, okra and onions.  It was a pretty sight and a great way to end the evening on our overnight stay.

Thanks for joining us today on the Roadrunner Chronicles!  And thanks for the comments!  Until next time.

Posted by Roadrunner Chronicles at 10:10 AM