Another Day in the Redwoods

We took another daytrip through the coastal Redwoods - this time south on U.S. Highway 101 to Big Tree Wayside. 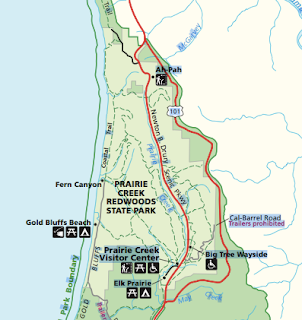 This screen shot of the NPS map shows the route we took south on U.S. 101 south along the Newton B. Drury Scenic Parkway.

We stopped at Big Tree Wayside and found plenty of hiking trails to chose from.  First, we had a picnic lunch and then started out on a stroll on the Foothill Trail through the glorious redwoods. 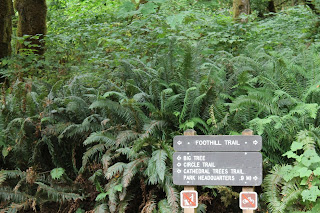 There must have been 15 trails or more along the parkway.  Some are for avid hikers and many more for the recreational casual types. 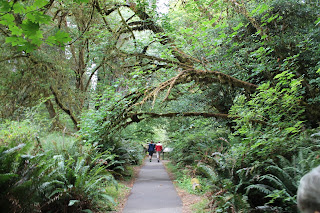 Our hike was more of a walk - it was all flat and mostly paved. 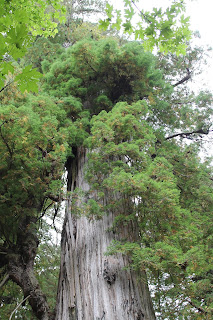 We quickly found ourself in front of the main event.  This is know as Big Tree and stands 304 feet tall. It is 21.6 feet in diameter and 68 feet around.  This is the big one! 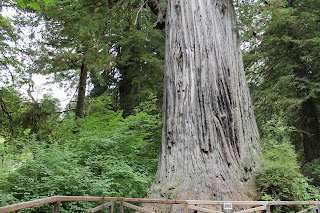 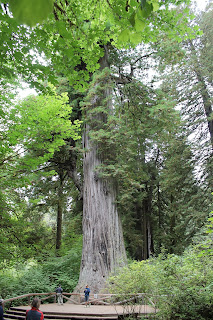 The redwoods were 'discovered' in the 1850's and became hugely popular in the 1880's in the lumber industry.  By the 1920's the big trees were being harvested at a rate that was pointing to their demise.  The state of California stepped in to preserve some key groves and three state parked resulted:  Prairie Creek (1923), Del Norte (1925) and Jedediah Smith (1929). 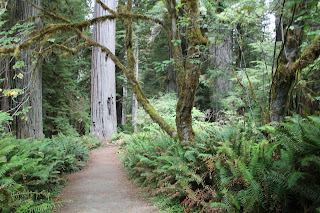 The 'old grove' was intermingled with other trees and lots of moss. 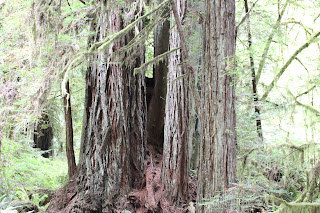 The trees decay from the inside and look like they could be used by wildlife. 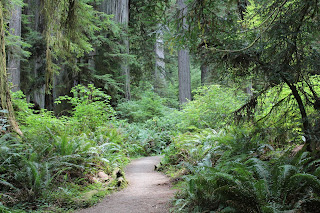 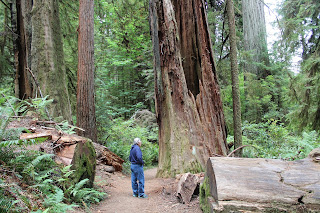 Sometimes, you had to stop and look around and try to absorb some of the beauty. 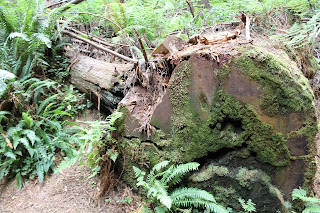 Even the roots and stumps of these big guys were noteworthy. 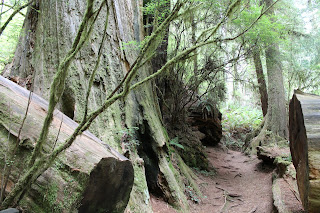 After our time in the midst of these splendid redwoods, we went on over to the Prairie Creek Visitor Center before going back over to 101 and heading north again back to our campground in Crescent City.  It was a great day for a drive and another look at the redwoods.