Months ago we thought it would be interesting to camp along the Columbia River.  I didn't really give it much thought.  At that time, I had never heard of the Columbia River Gorge.  And then we got to see  the beauty of the area and it is really something. 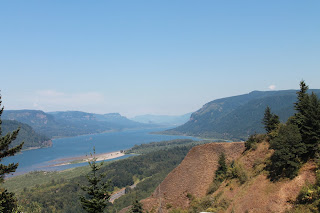 When Lewis and Clark first came up this way in 1805, they were on to something special.  Of course they were not so concerned about the scenery as they were finding a passage to the Pacific Ocean.

The scenic travels thing did not come along until the early 1900s with the decision to build America's first highway for tourism became a goal with the building of the Historic Columbia River Highway.  Also now know as U.S. Route 30, traffic began along the route in 1914.

Interestingly enough, a major proponent and advocate for the scenic highway was Samuel Hill - owner of 60,000 acres across the Columbia River on the Washington side and builder of the Stonehedge WWI memorial.

My mother grew up in Kennewick, Washington.  I heard her say many times, "What in the Sam Hill….?".  I wonder if the saying came about as a reference to the same man?

Back to the scenic road - 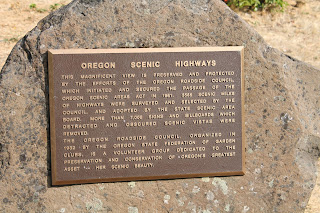 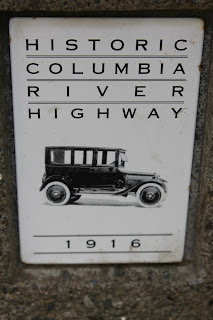 We got on it near the Cascade Locks.  It parallels I-84.

Along the way, we stopped for different things.  Like this tunnel that was once used, but is now open only to foot traffic. 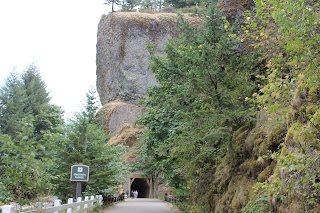 And then the majestic Multnomah Falls.  I have heard about this place and it was on our list of things to see. 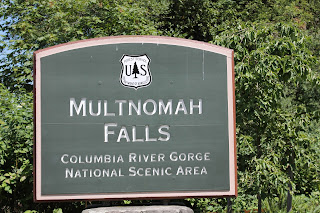 One of the highest falls in all the U.S. (second highest in fact) at a drop of 620 feet, it one of 77 falls on the Oregon side of the Columbia River. 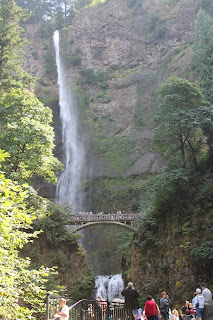 It is really two falls, with a bridge directly over the lower one. 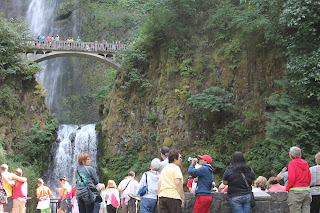 We took a look from the bridge which was a short 10 minute walk. 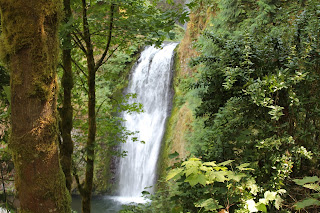 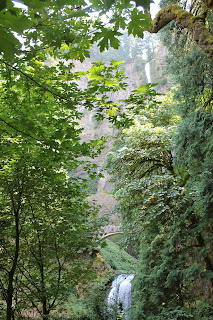 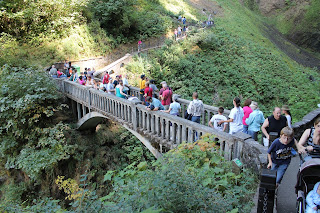 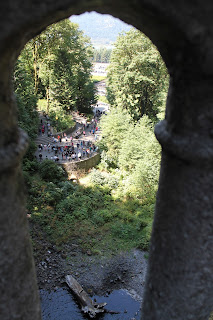 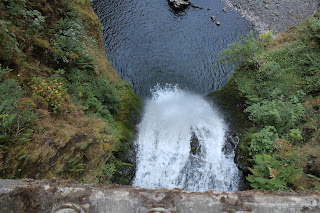 After Multnomah Falls, we continued on the road- 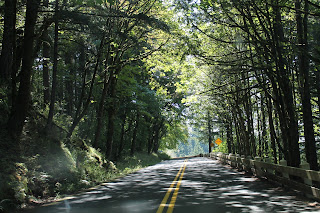