Along the Columbia River - near The Dalles

While at the John Day Campground at the Le Page COE Park we were only about about 20 miles from The Dalles. We drove into the Dalles and tried to get a 'feel' of the area.  Clearly, it was a historical town with lots of different draws to the area.  The biggest identity is the fact that it is on the major waterway - The Columbia.  We saw barge after barge go up and down the river.

We decided to go over to the other side of the Columbia River and into Washington to see some things.  One thing that caught our eye was 'Stonehedge'.  Really?  I thought that was in England somewhere. Turns out there is a replica right here in Washington.

The plaque says that Samuel Hill, erected a replica of Stonehedge to honor the war dead in the region from World War I.  He saw the real Stonehedge when he was in England 1914-1918 and found that the it was a place of sacrifice.  Hill said, 'Men are still being sacrificed to the gods of war.' 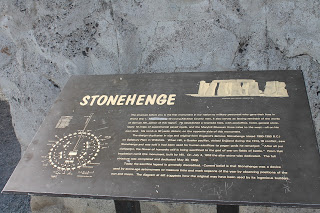 The replica is precise and the same measurements as the original. 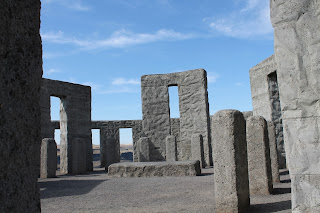 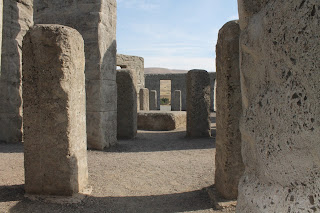 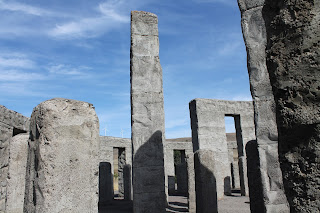 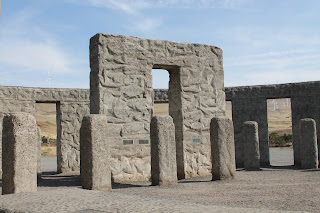 I am not one to get into astrological phenomenon but this was pretty interesting.

It is on the side of the river and it was a pretty view.  That is Mt Hood in the distance. 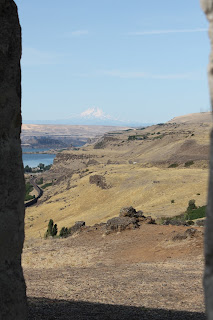 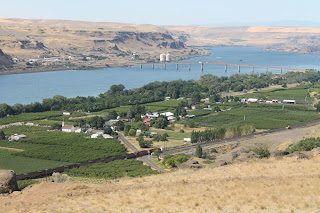 Next we went down the road to the Maryhill Winery.  It apparently has won some awards the last few years.  We thought - why not?  We are not big wine connoisseurs but who knows what we will find? 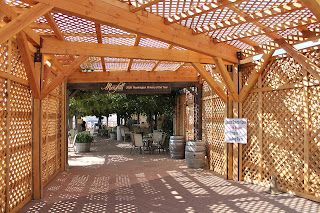 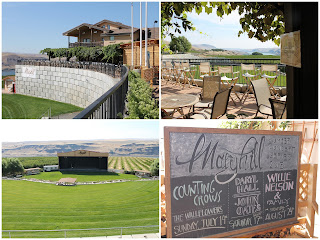 The estate is more than a winery.  It has a number of summer concerts there including some big names: Hall and Oates and Willie Nelson.  That would be fun to be there for one of those events.

Inside their store, they had lots of wine. 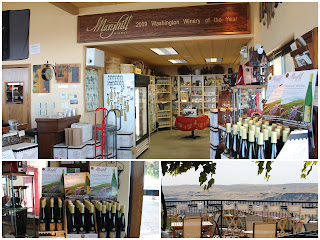 And a nice outdoor patio overlooking the Columbia River.

It was a couple of interesting places to see while we began our time along the Columbia River in Oregon.

Thanks for joining us today on the Roadrunner!  Until next time...

Posted by Roadrunner Chronicles at 1:14 PM