We have been here in Crescent City, CA for the last four days, staying at the Sunset Harbor RV Campground. 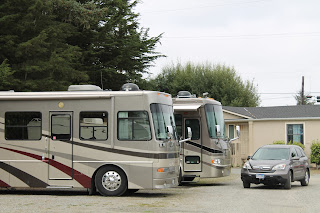 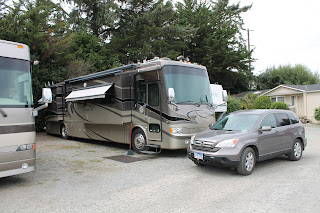 It is not as tight as it looks.  I thought the coach next to us had a very similar paint scheme and decided to include it with the Roadrunner.

During our stay we have taken a number of day trips and seen the Redwoods and some local sights including the Battery Point Lighthouse.  The cloudy, overcast skies opened up in the evening and we decided to go down to the city park and out to the lighthouse. 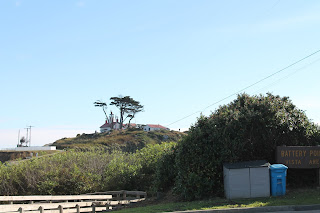 Access to the tiny islet only happens only during low tide. 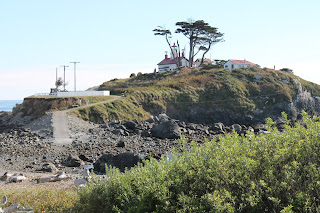 It was a short walk down the trail and across the gravel area up to the lighthouse. 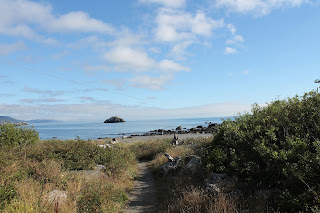 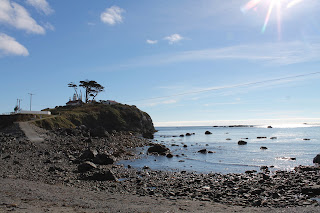 Once on the other side, there were some very nice views. 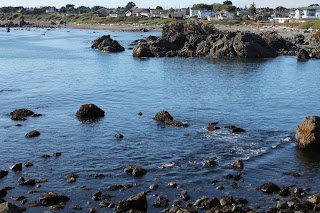 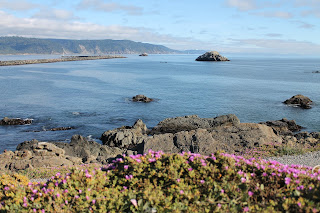 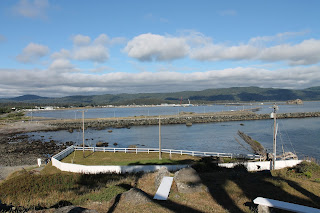 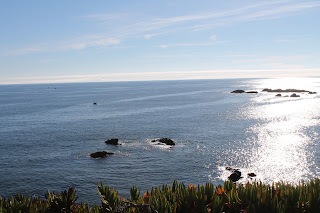 The Battery Point Lighthouse was built in 1856 with $15,000 from the U.S. Congress.  It was built and run by the U.S. Lighthouse Service and one of 16 built along the California coast.  In the mid 1800's, travel into harbor towns through the rugged waters was very important for their economic survival.  The lighthouse was automated in 1953 and was operational until 1965 when a flashing beacon at the end of the nearby breakwater took over and the lighthouse was shut down.  It was revived and reconstituted as a navigational aid in 1982.  Today it continues as a residence and navigational aid.

One interesting point of the Crescent City area.  It is susceptible to tsunamis.  The two most recent and noteworthy events was the Alaskan Earthquake of 1964.  The earthquake (most massive ever in the northern hemisphere) caused extensive flooding in the town and most was destroyed.  But the lighthouse stood.

More recently, the March 11, 2011 earthquake off Sendai, Japan caused a destructive tsunami in Crescent City.  Again, docks and boats were destroyed and huge waves flooded the city.  According to researchers at Humbolt State University and the University of California, the city experienced tsunami conditions 31 times between 1933 and 2008.

So the lighthouse has been an important icon on the coast over the years.  It rests atop the islet and is quite picturesque. 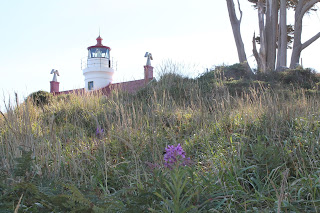 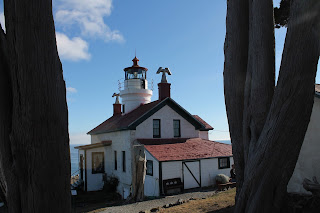 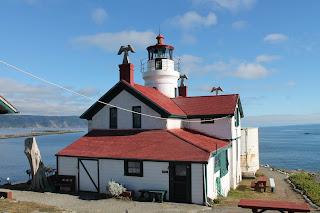 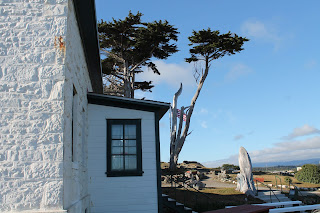 On the grounds, it had a nice little walking path and some benches which we enjoyed. 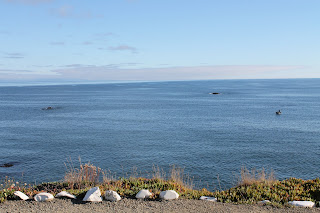 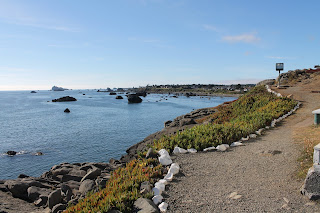 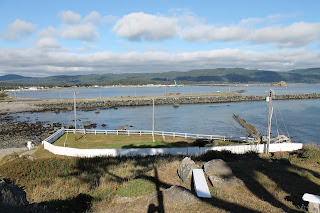 It was a good way to spend the evening after dinner.

Thanks for joining us on the Roadrunner Chronicles.  And thanks so much for those comments!  It is always nice to hear from you!  Until next time...


Posted by Roadrunner Chronicles at 9:46 AM