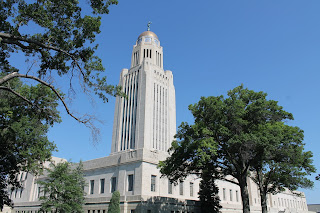 The first surprise for Pam and me was that we were going downtown to Omaha to see the State Capitol, only to be reminded that it was not in Omaha.  Yike!  Mrs. Sizemore, my fifth grade teacher at Silver Elementary School, would not be happy…

Having overcome that change of plans, we drove to Lincoln on a day trip and toured the capitol. 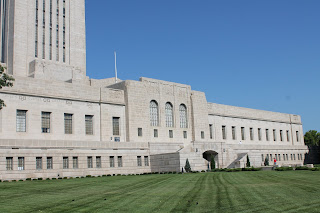 The capitol in Lincoln was preceded by two territorial capitols and two other state capitol buildings.  The first state capitol was constructed in 1868.  Poor construction necessitated another one that was finished in 1881.  By 1915, it too was in need of major maintenance and plans began in 1915 for the present capitol.

New York architect Bertram Grosvenor Goodhue was selected to build his "tower on the plains".  Construction began in 1922 and was completed with the fourth phase in 1932. 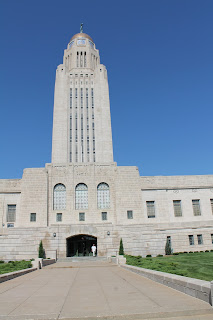 Inside, the entry to the main area and stairway made us think of tunnels and dungeons. 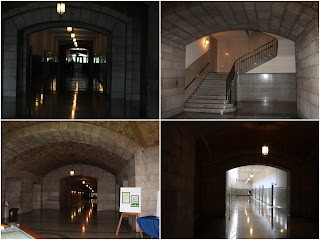 But hallways and work areas were well lighted on that floor. 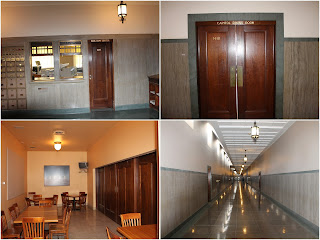 We made our way to the elevator and took the climb to the 14th floor and the top of the tower. 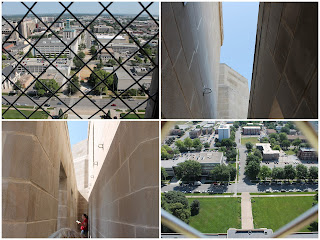 A look inside the dome. 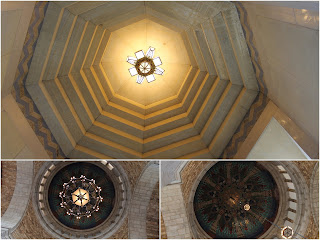 The rotunda has overhead sky lighting and beautiful murals. 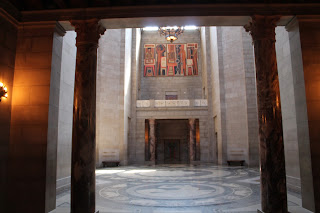 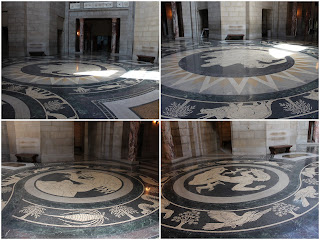 The West Chamber is where the only Unicameral (single-body) Legislature in the U.S. meets. The body consists of 49 senators elected to four year terms. 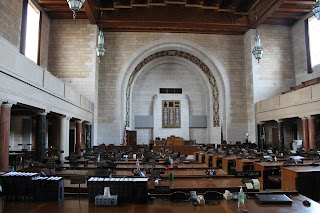 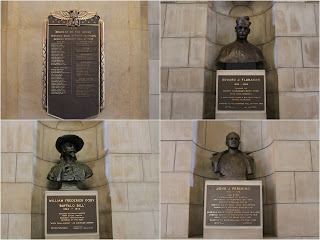 The Vestibule was another beautiful area with colorful murals representing Nebraska's history and named, 'The Homesteader's Campfire', 'The First Furrow' and 'House Raising'. 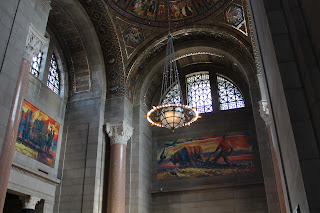 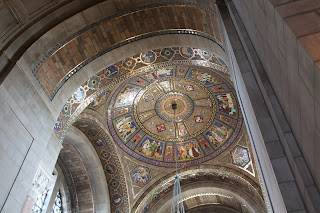 So far this makes State Capitol number five that we have seen this year.  We have a lot more to go, but we are enjoying the journey and seeing these historic places.