Niece Heidi participated in 'Dressember' last year which mean she wore a dress every day in December.  She did it as a challenge and she also raised some money for charity.

A couple of days ago, she let us know she was going to do it again this year.

That got me thinking.  It takes a bit of a commitment to do something every day for 31 days.  I wonder if I would do something like that?

The answer would be yes.  But not for the same reasons as Heidi.  I am not going to wear a dress every day, but I decided to see if I could write a blog every day in December.  I used to write more frequently now I have only averaged about 1 every 3 days.

Today we left Raccoon Valley RV Park, in Heiskell, TN just off of I-75 outside of Knoxville. 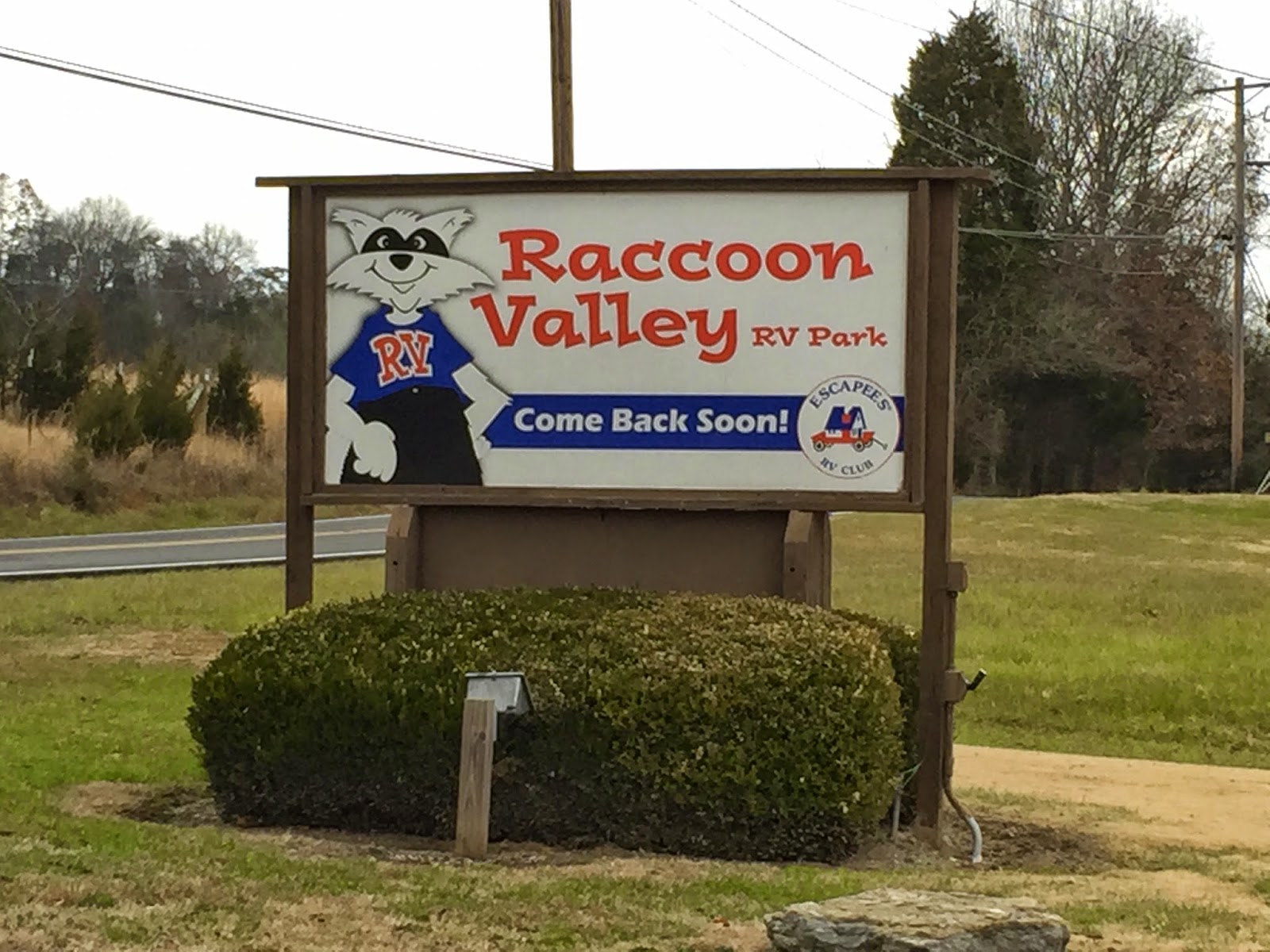 After a week at the 'Roadrunner Resort and Campground' (our RV pad at Joan and Mike's in Maynardville), we drove the 20 miles to Raccoon Valley to spend the night and dump our tanks.  A couple of years ago, we put in 50 amp and a water line at Joan and Mikes, but no sewer.

This morning before we left Raccoon Valley, Pam called her long time friend - Pat - and we were able to spend about an hour with her in an empty parking lot near the Oak Ridge Chick-Fil-A. 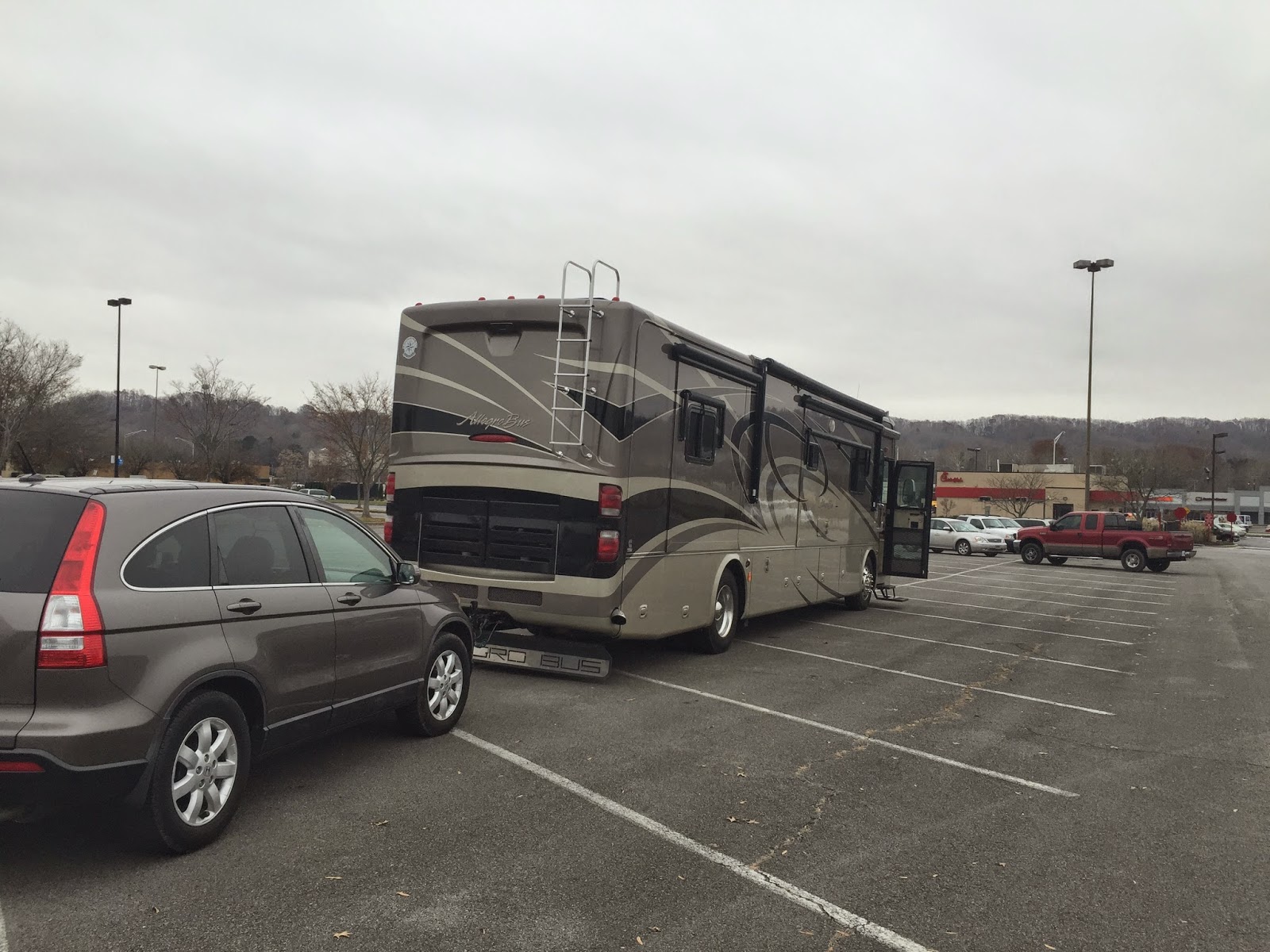 Pat was the one who introduced Pam to organized softball and they were on a women's team together in the mid 1970's.  Over the years we have visited and seen each other's kids grow up.  It was great to spend a little time with her again and show her our home on wheels.

Since we were so close, we had lunch at Chick-Fil-A before we hit the road and headed toward Goodlettesville, TN.

Our fuel tank was about 1/2 full so along the way, we stopped in Lebanon TN and found diesel for $3.29. 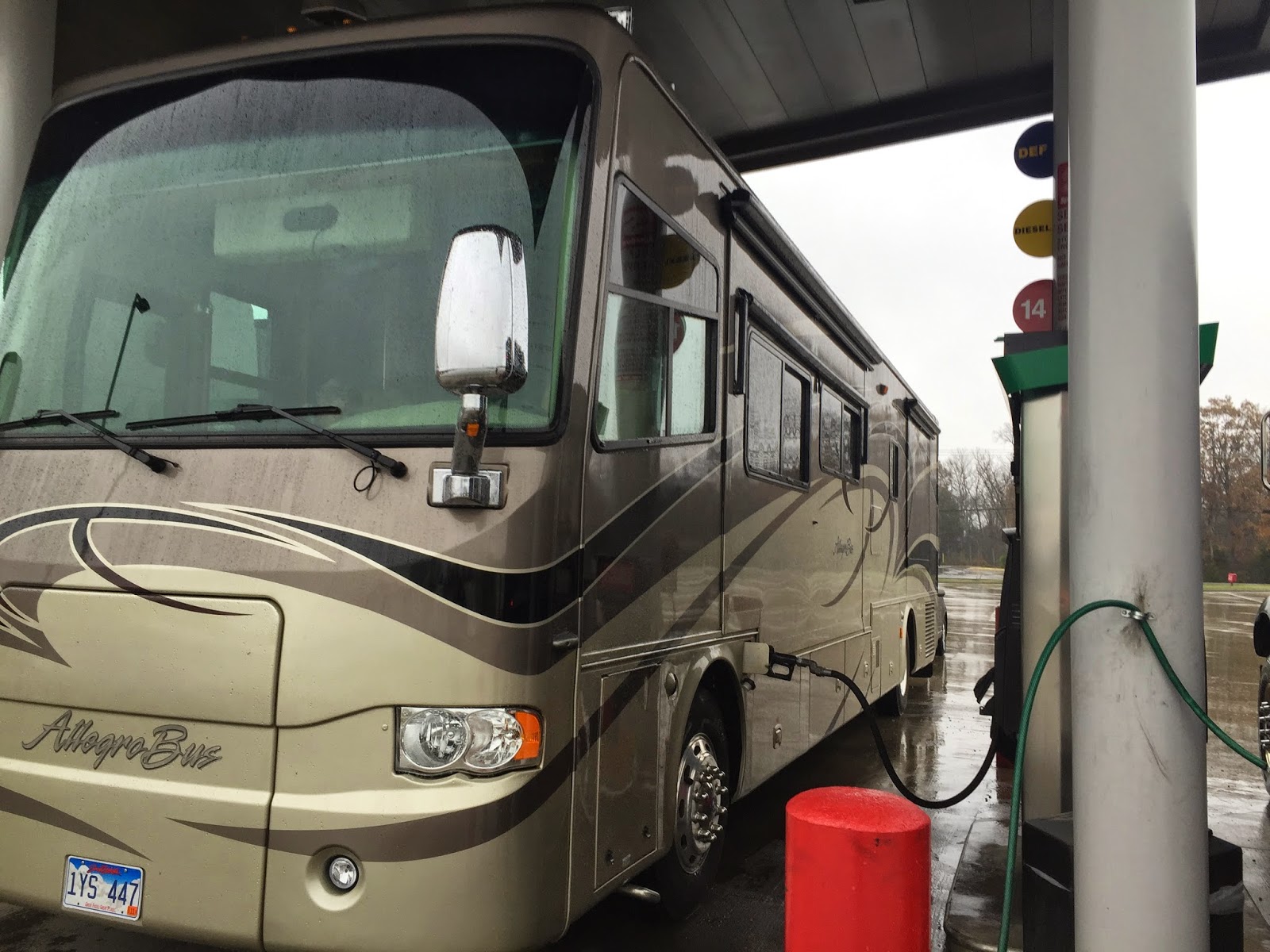 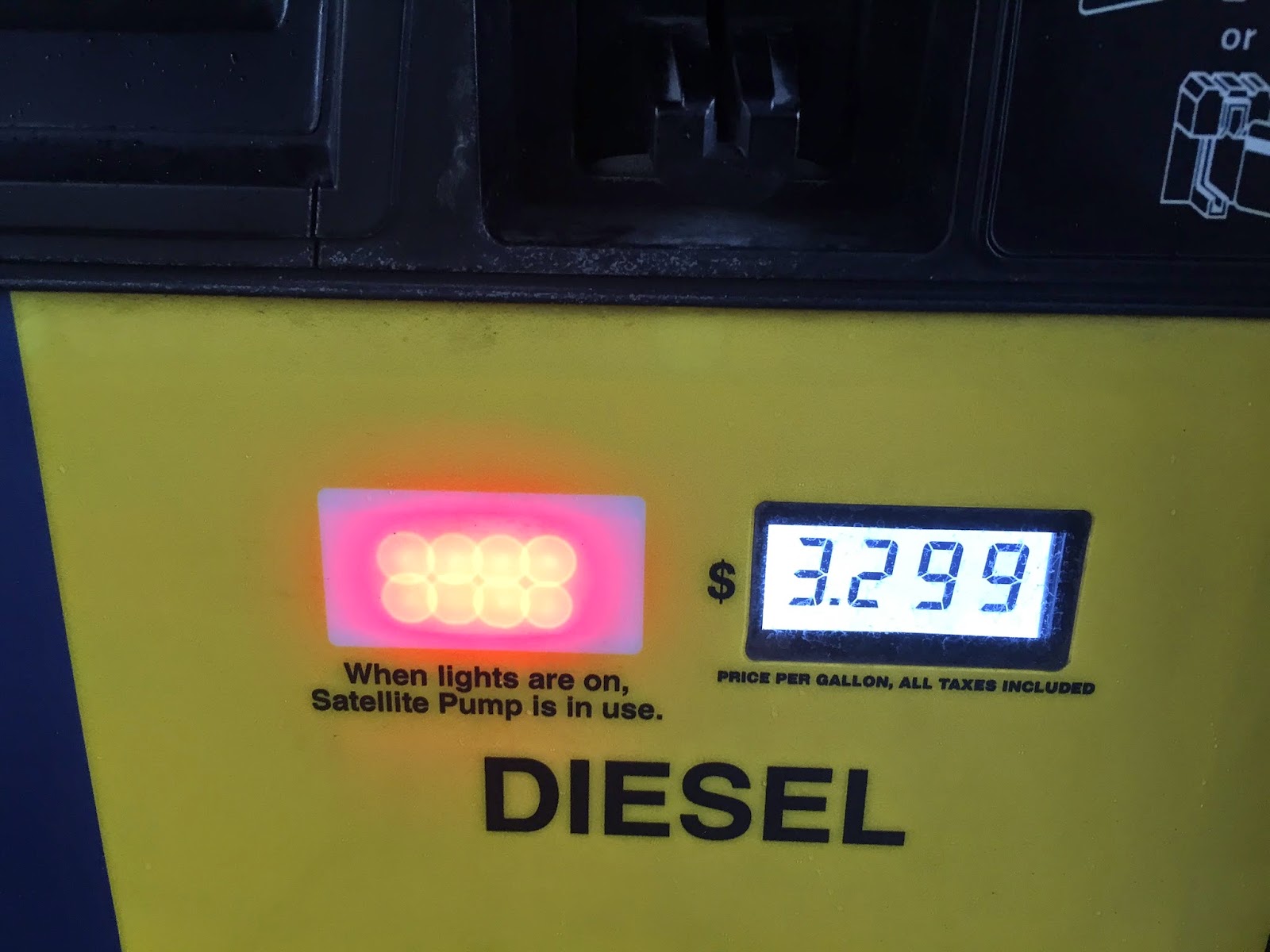 Since we were near the Outlet Mall, we decided to see if the Nike Clearance Store had any good deals. 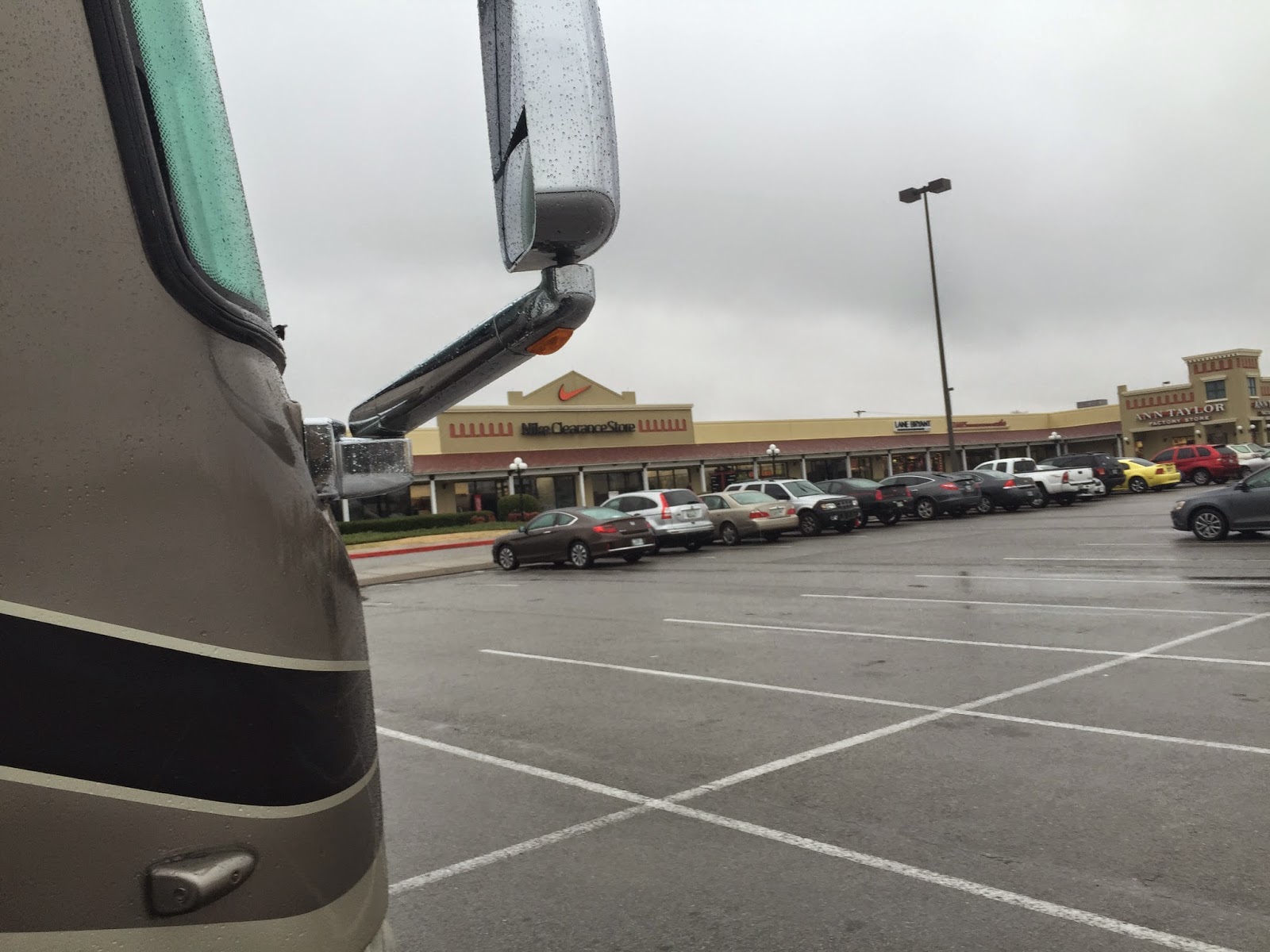 We found some running shorts for $6.99 and some Nike sandals for a 3 month old for $9.  Then we went to the tool store and found another couple of things we couldn't do with out.

Since we gained an hour on our trip west to the Nashville area, we were in no hurry.  We got to the Grand Ole RV Resort and Market about 3:30 PM and got set up.  It was raining on and off all day but thankfully it was not doing so when we hot hooked up and settled in to our spot. 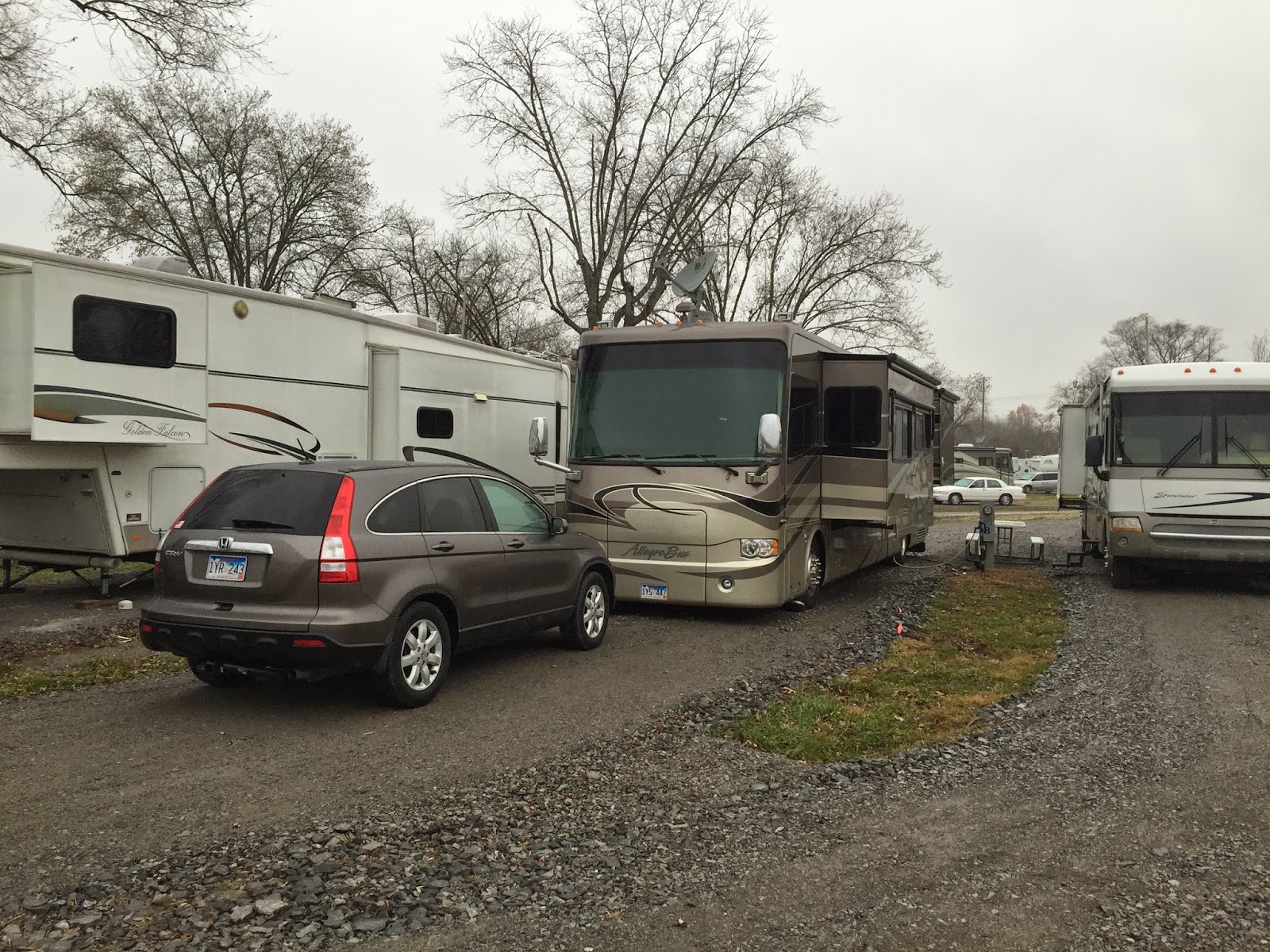 The female connection on the end of the hose cracked and was not usable, so we made a quick run to Home Depot and got a new part.  I installed it and all is well.  We are dry and warm and are settled in at our new digs for a few days.  Tom and son Vic are due to arrive tomorrow and we look forward to some time with them.

Posted by Roadrunner Chronicles at 6:43 PM