I got up my usual time which is early--like before 5:00 AM.  I love that part of the day because I can get some reading and personal time and plan my day.  After a big pot of coffee I sat down and read for about an hour and then worked some more on the blog.

I have forgotten what a commitment it is to jot down a few thoughts and put something together.  But its a challenge I am enjoying.  Shortly after 7:00 AM I noticed Tom was up and he joined us for some good conversation and chit chat.  We are going to take advantage of the few days we have together because we probably won't see him for a while.

And its fun to spend time with friends reminiscing and just hanging out.  Next I logged some time doing some real work online and then about 10:00 AM or so he and I went over to the $5 car wash. 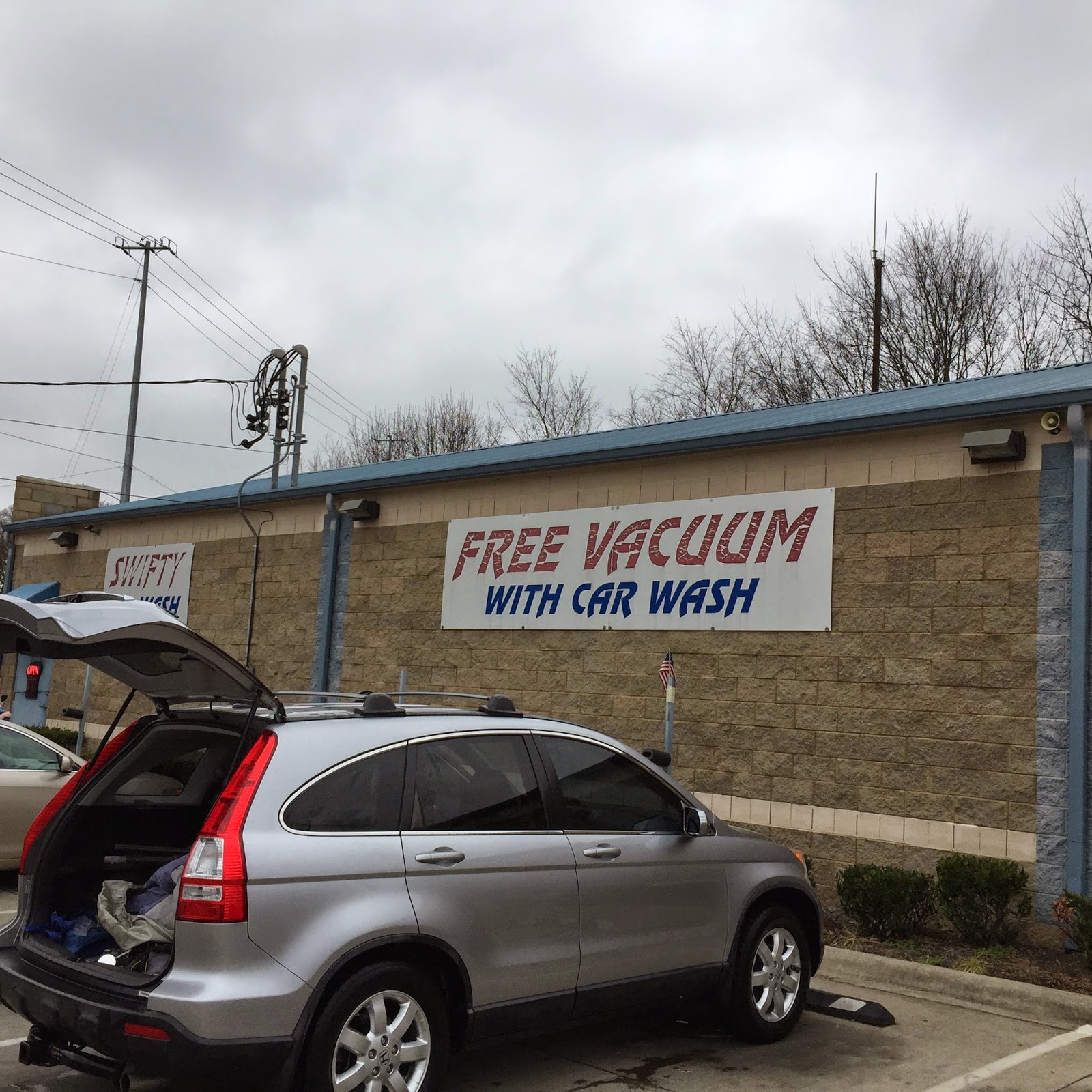 His car hadn't had a bath in months and it had a lot of that Wisconsin road salt on it.  Plus the car gets pretty dirty when it is towed behind the motor home.

Next, we ran over to Home Depot.  We are trying to design an iPad stand to put on the Roadrunner coffee/drawer console that is simple, inexpensive and functional.  This may take a while and so far we are just assembling some pieces and parts for a mockup.

Tom dropped me off at the Grand Ole Opry Resort and Marketplace where we have camp sites next to each other. 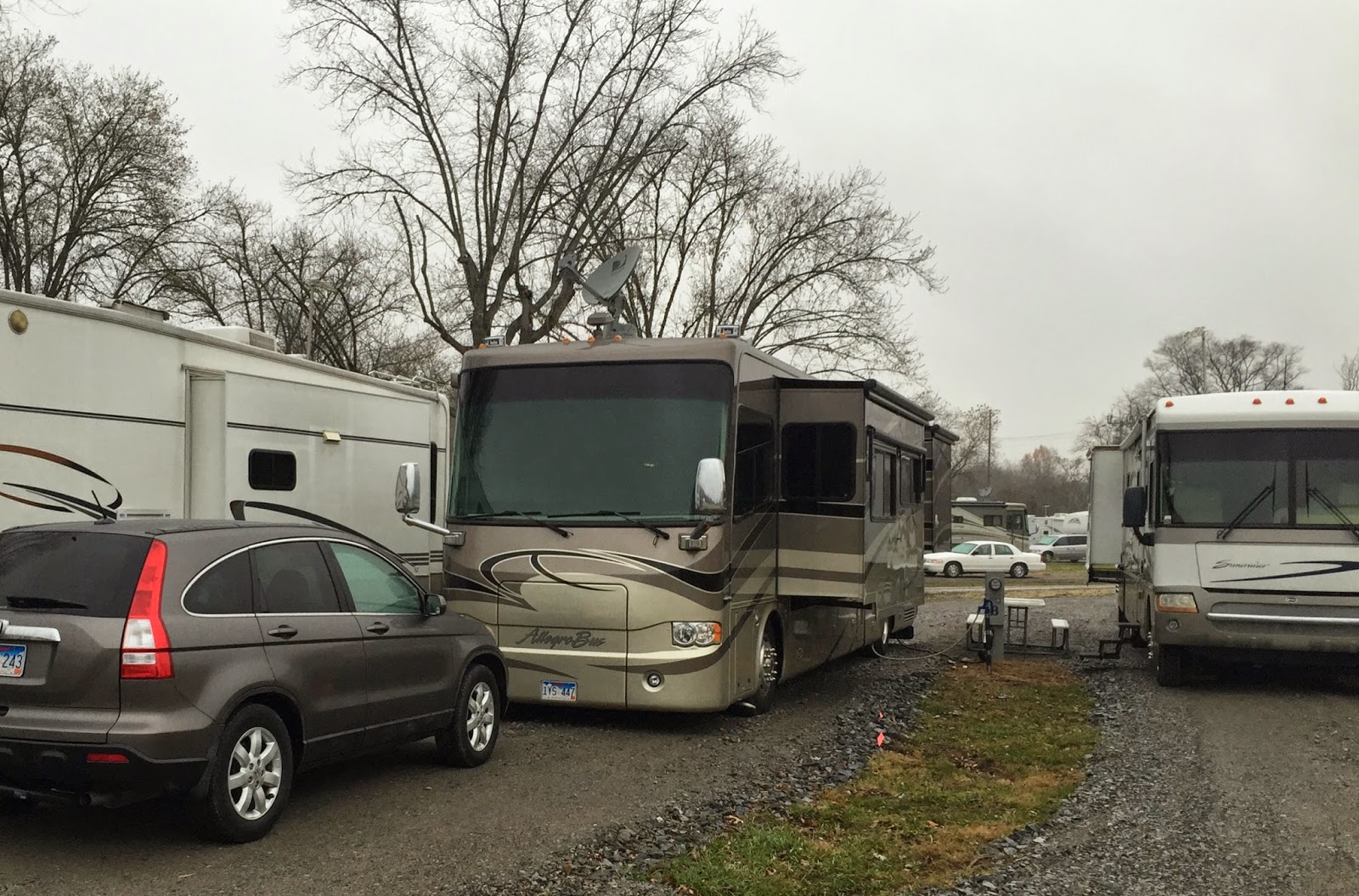 He grabbed some lunch and went to a doctor's appointment, then spent the rest of the afternoon at his son Vic's house.

Pam and I had lunch, then made some phone calls to confirm our reservations back in Virginia Beach.  We are due to arrive there on December 12 which will be in time for a baby shower on the 14th.  We also call the Tiffin Parts Store in Red Bay, then Bruce Deaton's Paint and Body shop where we are going to have some work done next week.  Another call to Brannon Hutchinson went unanswered so I left a message.  We have an appointment to see him to trouble shoot some electrical items next Tuesday.

Pam and I both did some reading and I did some more work and then we ran some errands.  After our return it was more of the same until Tom arrived for dinner.  Pam made  some lasagna a couple of days ago and heated that up.  It was delicious also with a salad and some toasted french bread.

We had another good time with Tom for the evening and enjoyed some of his sister Cindy's apple crisp. 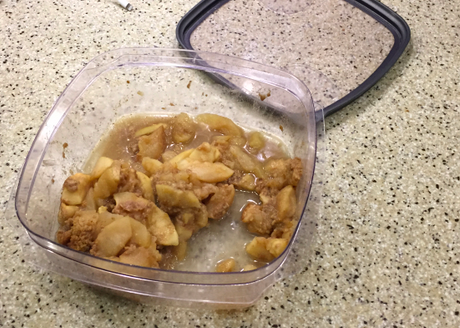 Tom left a little after  8:00 and we watched a little TV and went to bed.

That's how we spent our day here in Goodlettsville yesterday... 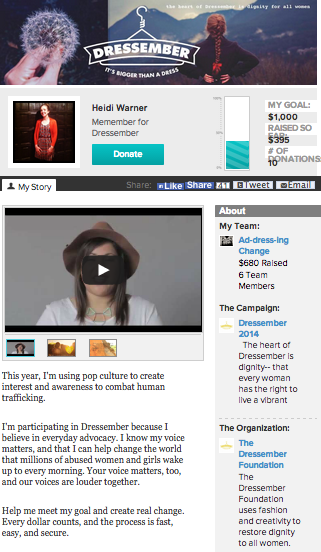