Back to Work with the Red Hats

Yesterday we had the pleasure of meeting old and new friends at the Habitat For Humanity work site it Norfolk. 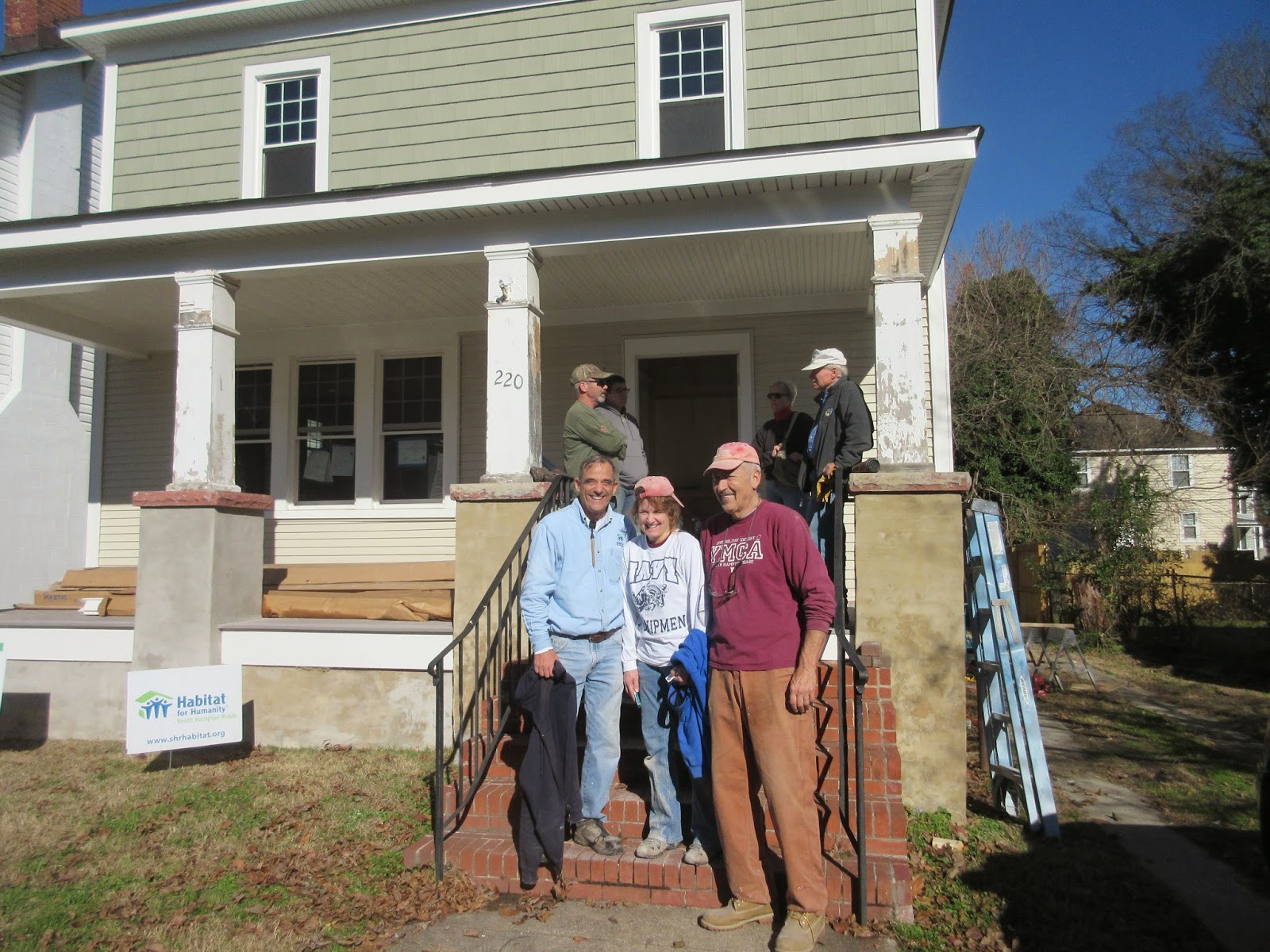 (Dennis, Meg and Russ in front of the steps right before the break for lunch)

It was fun to see some of the 'Red Hats' from our previous times with the group.  We first stayed in the area back in December 2010 and joined the weekly work over in Red Mill near Virginia Beach.  Since that time, many of the same men have faithfully continued working on new homes and renovations such as this.

We showed up at 8:00 AM after signing up on the volunteer web site.  After I registered, I was able to get to the calendar which gave the address for the work.

This home was one that was bought from Bank of America for about $8000.  This was part of some nationwide settlement the government had with the bank concerning 200 homes.  This home is an older one and once it is complete, it will be sold on the commercial market. 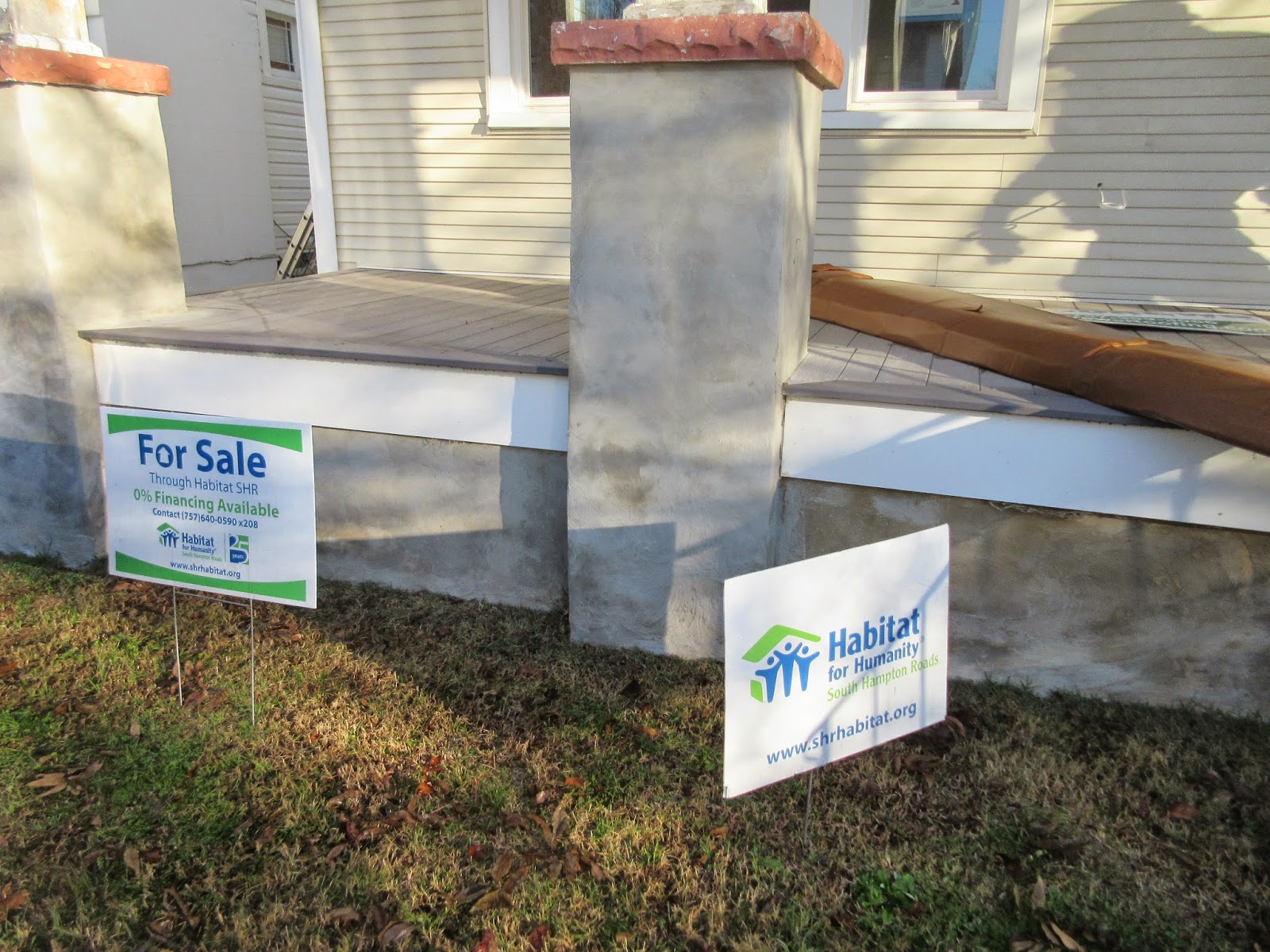 That money will be used to either pay salaries for the HFH staff or fund other homes that will be built.

Some days the HFH volunteer work on site is exciting.  And sometimes it is nothing special but necessary things that need to get done.  Yesterday was such a day.

The first thing that got done was buttoning up a vinyl siding strip that had come loose and was hanging off the side of the building.

The main objective for the day was to put roof shingles on the small back porch.  But angle of the morning sun was not shining back there and the tar paper on the roof was wet from the fog and dew. 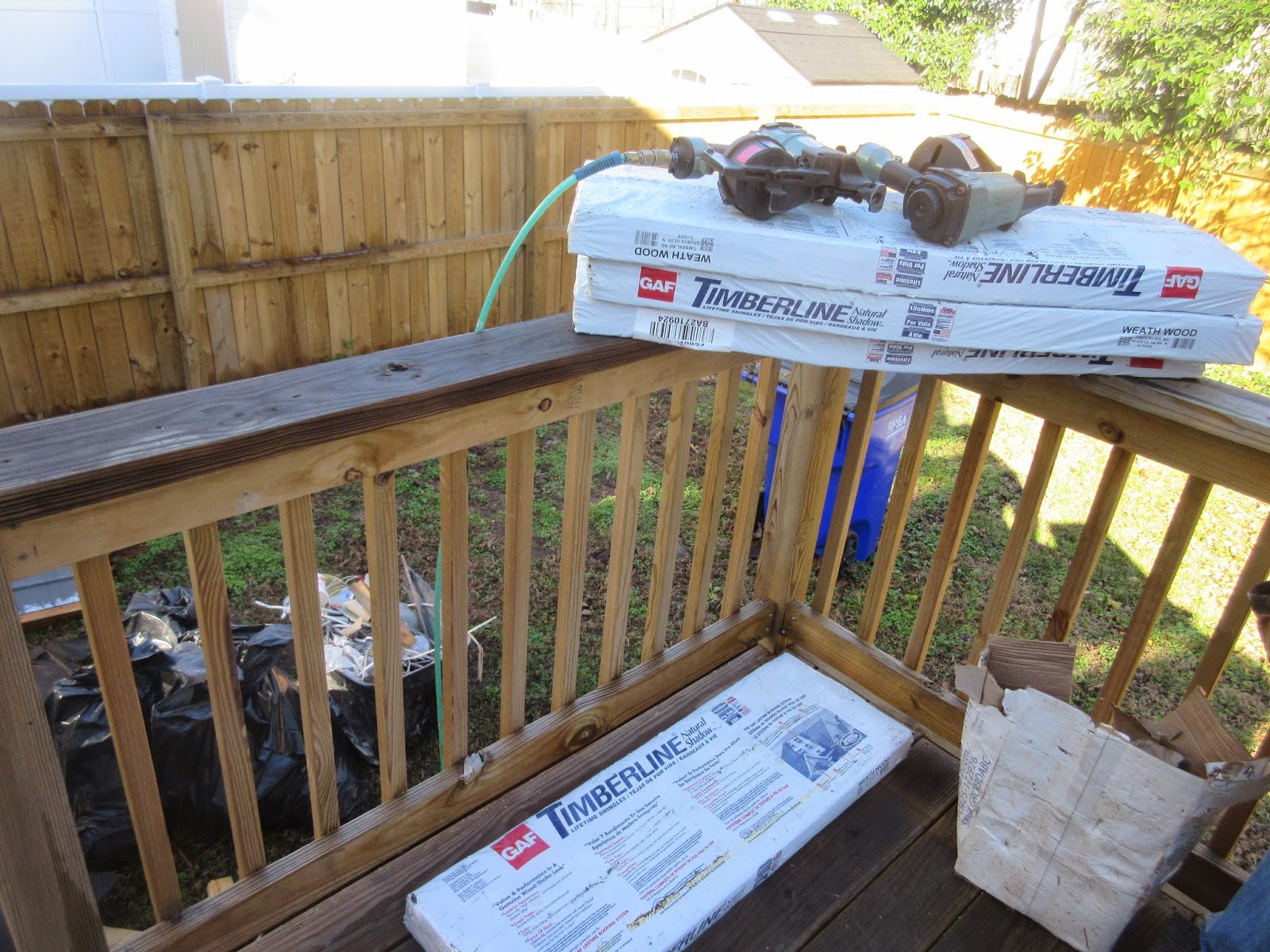 So we turned our attention inside.  Pam first started spraying some foam and filled some holes in blocking. 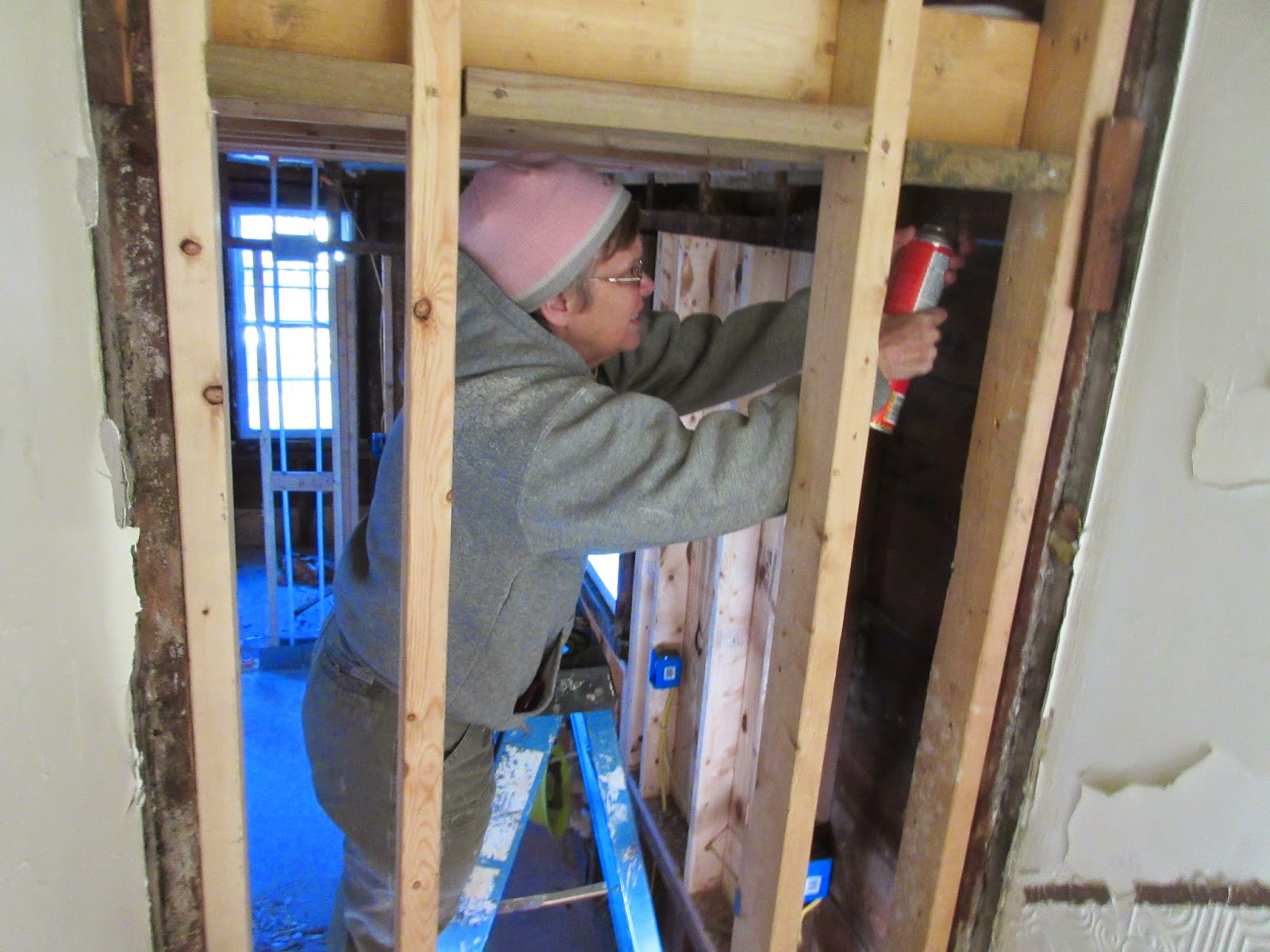 Susan was scraping some old wall paper off 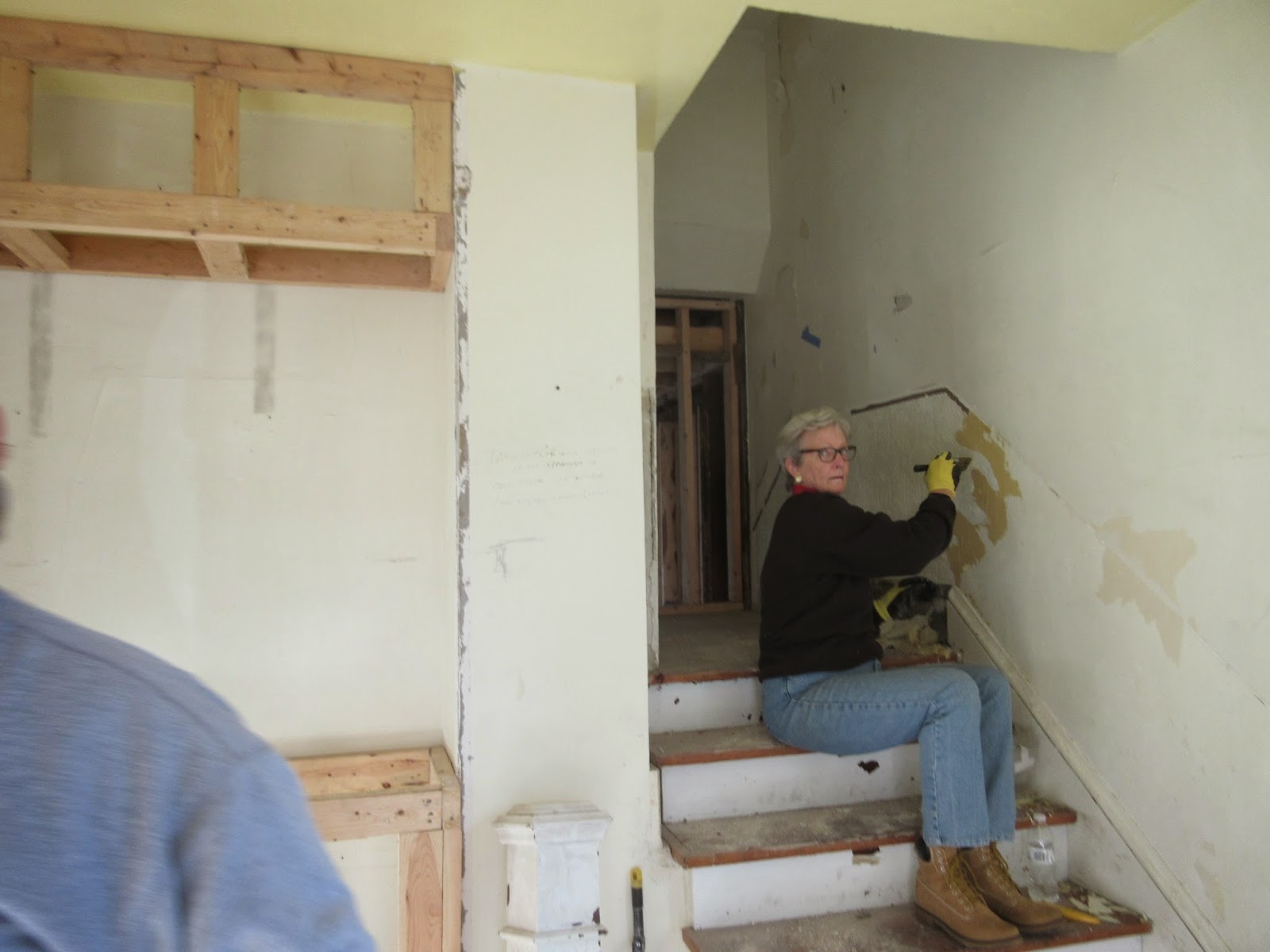 Russ and Jake removed stables and nails from walls and trim 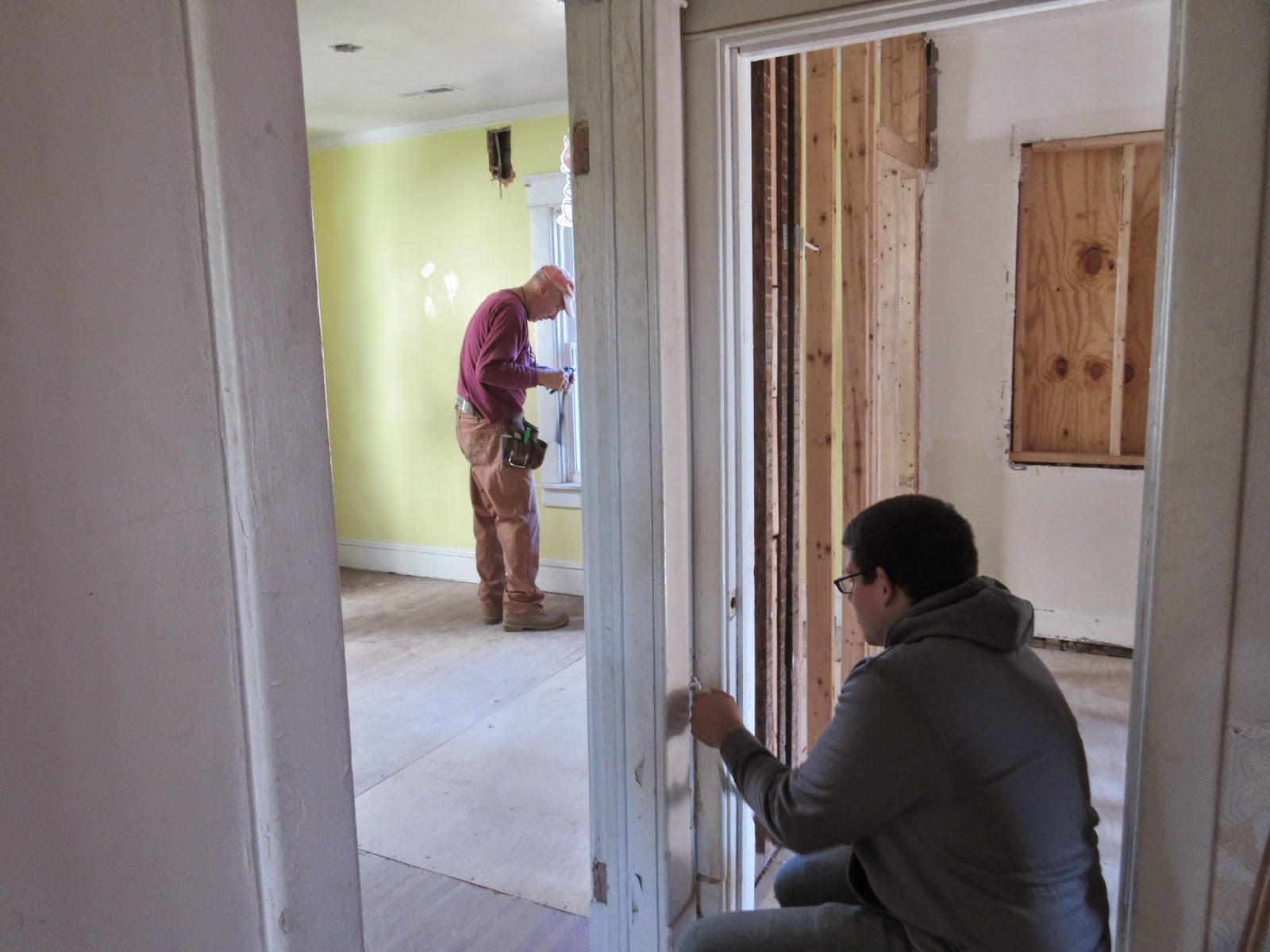 Also upstairs, Meg worked on the staples that were left in the floor when the carpeting was removed in the demo phase. 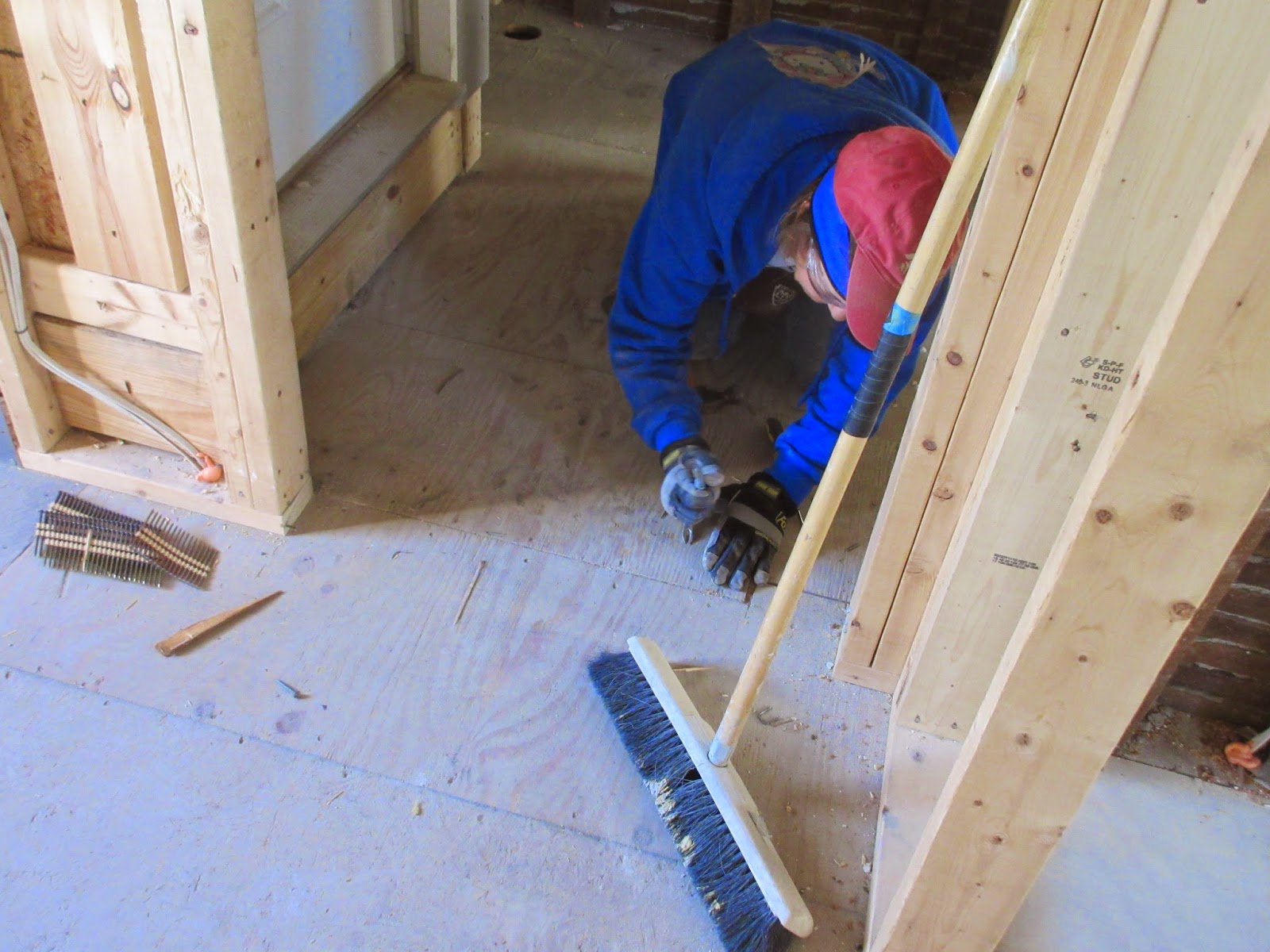 And we also spent the better part of the morning pulling up carpet trim, tacks and staples from the first floor. 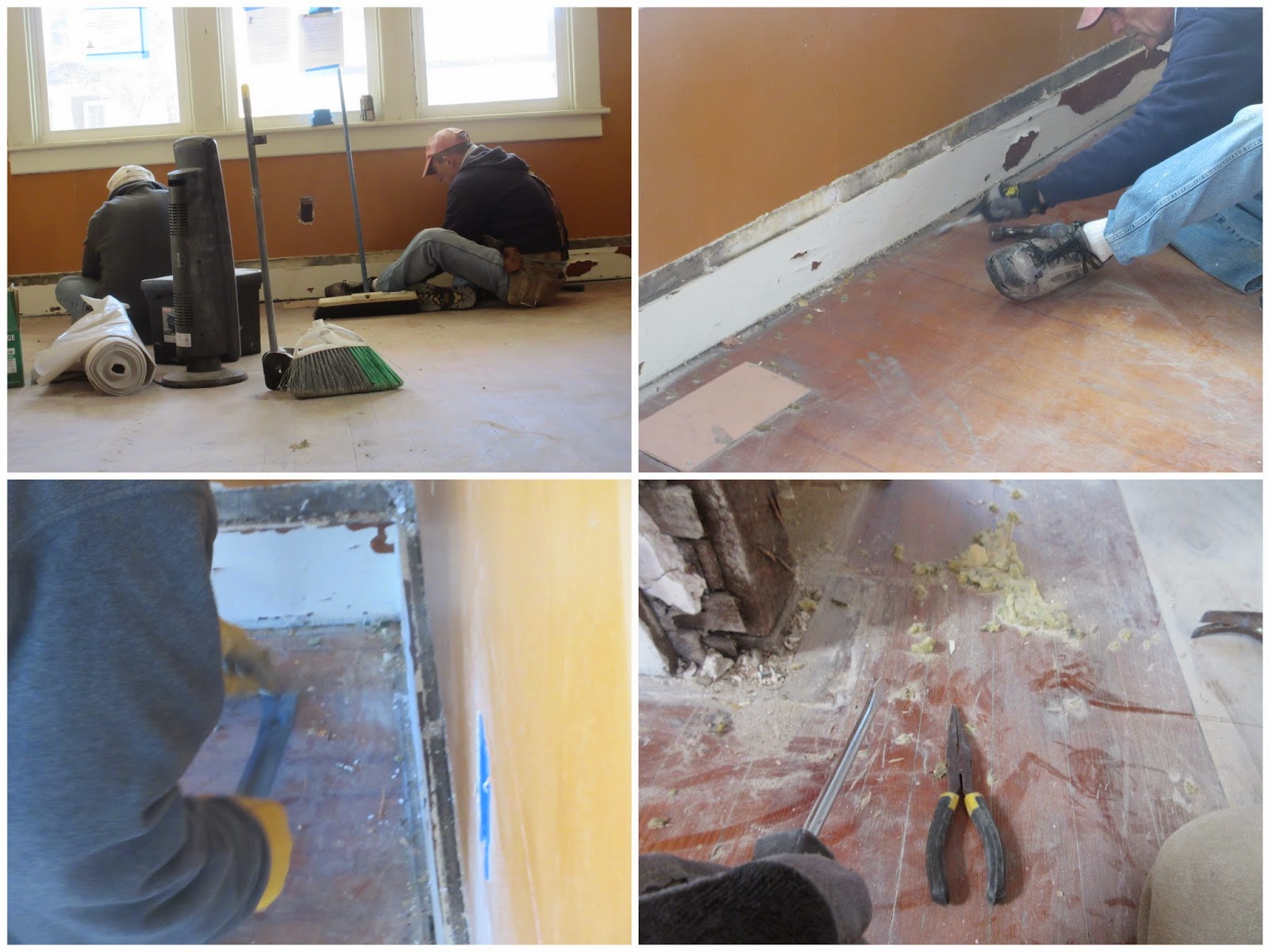 It was good to join up with the Habitat crew again.  We look forward to many more days of volunteering with them over the next few months.

Posted by Roadrunner Chronicles at 11:01 AM