Spending Time with Kayla in Murfreesboro

We made it a point to go to Murfreesboro since our niece's daughter is a majorette with the Middle Tennessee State University band. 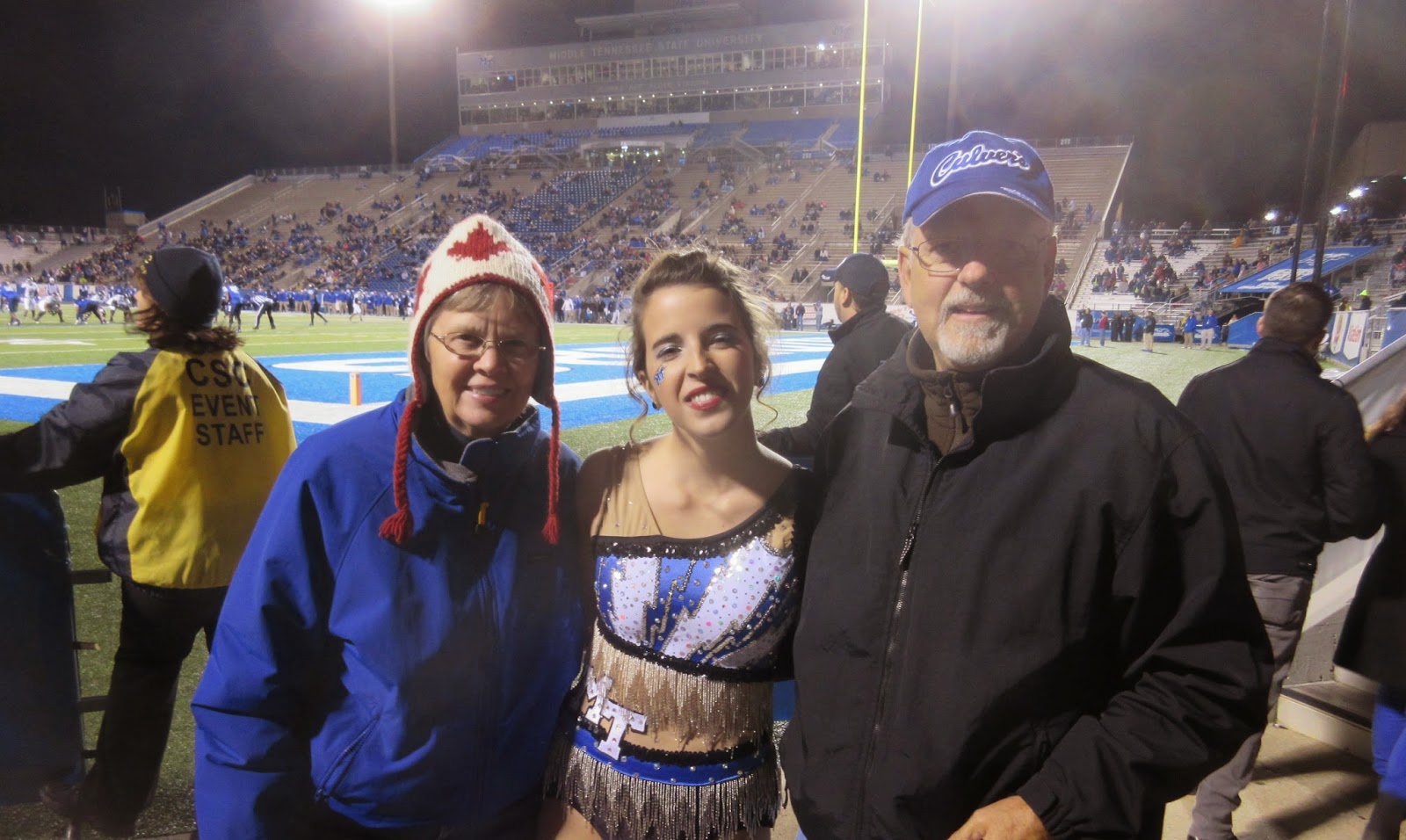 We wanted to time it so we could be there for a football game.  It worked out great!

It was our first cold weather experience of the season.  Though it was 14 degrees one night, we took precautions, had our heaters going and it turned out fine. 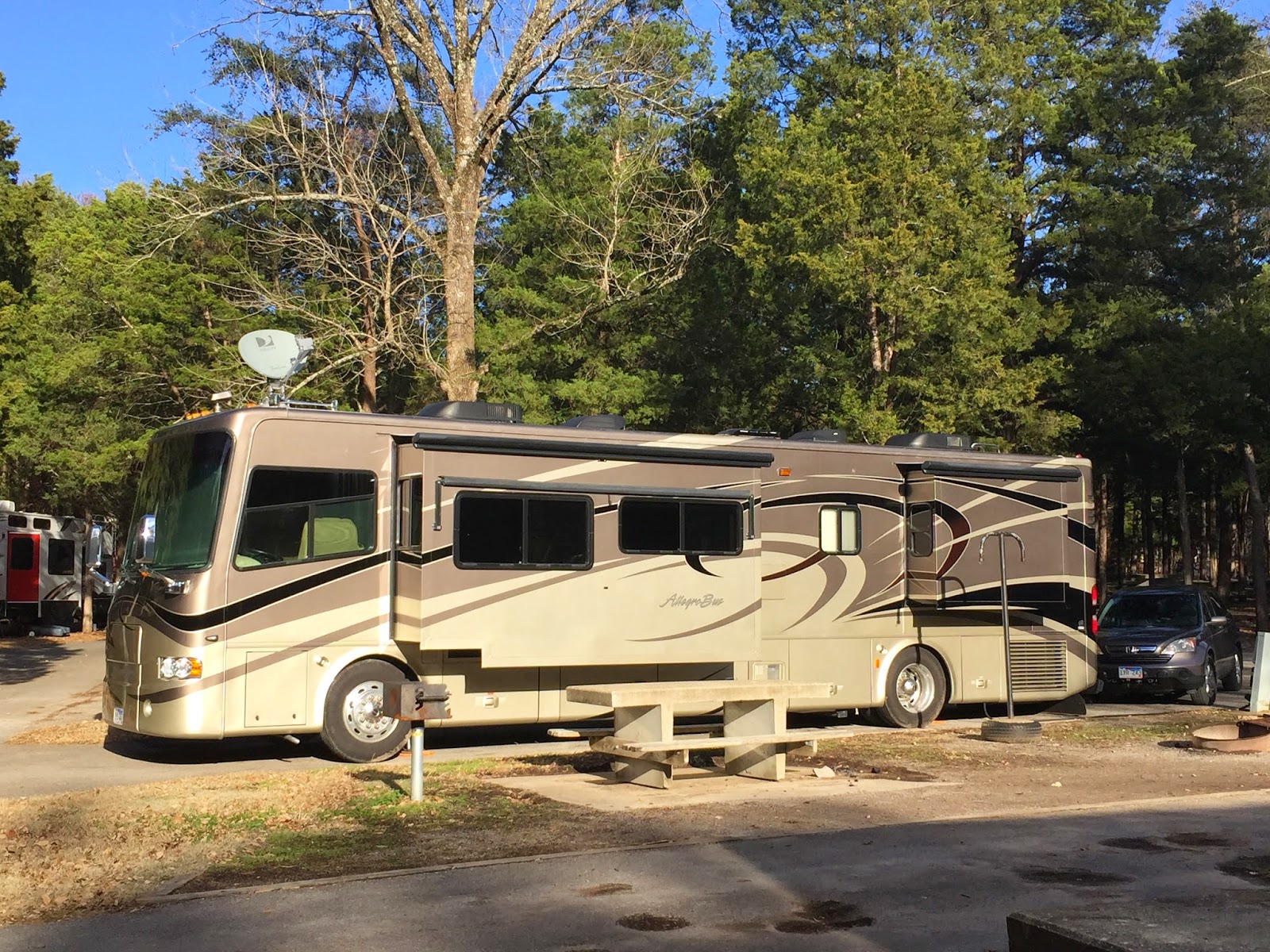 We worked out things according to Kayla's school, work and practice schedule and the first thing we did was meet her for breakfast at Cracker Barrel. 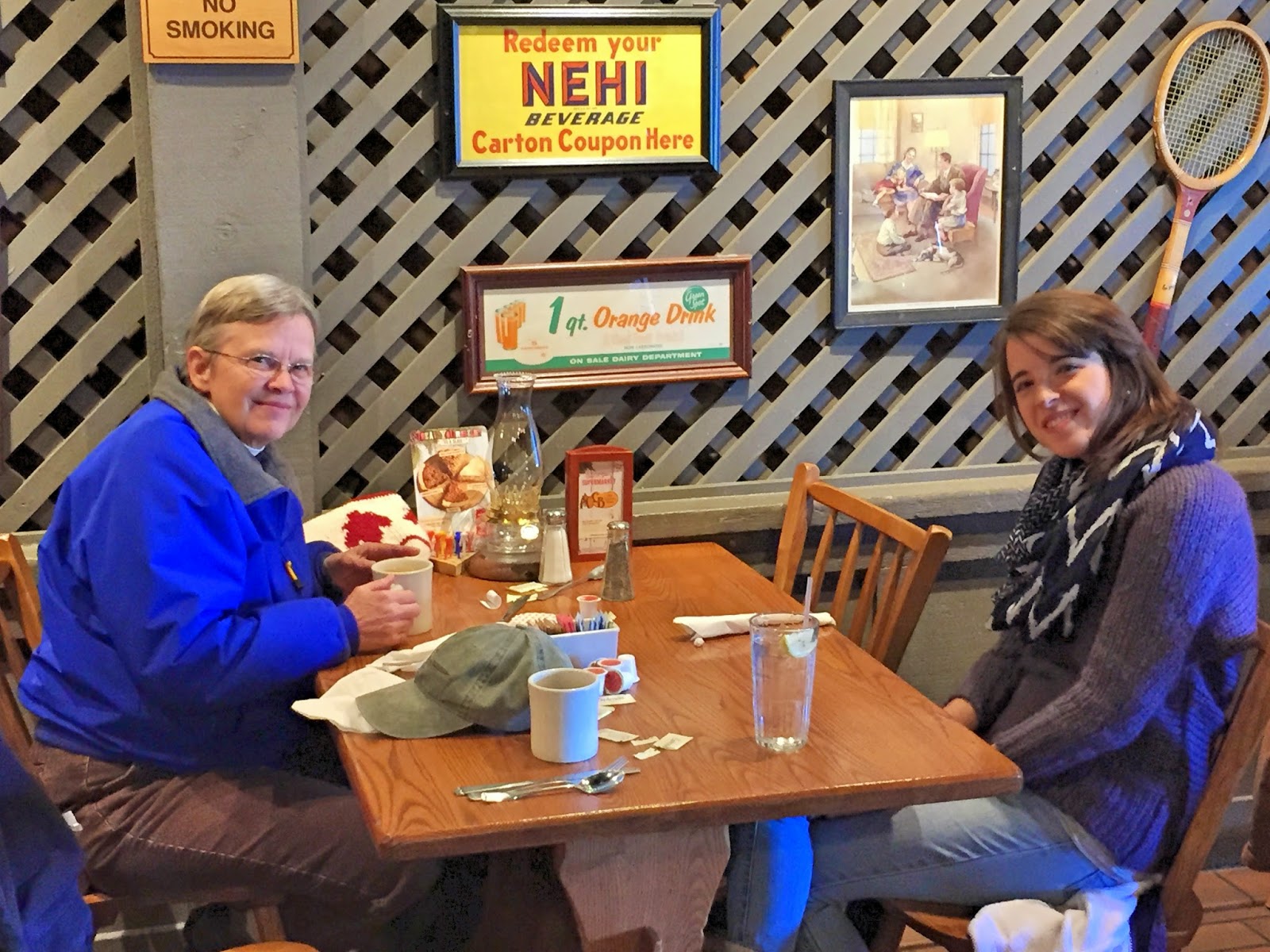 Then she took us on a windshield tour of the Middle Tennessee State University campus.  I love the layout and the grounds and the whole campus.  It gives the feeling of a very uncluttered place with a pleasant atmosphere.  (No pictures since I was in the back seat and no good vantage points.)

Later we went to downtown Murfreesboro and again, were very impressed.  Such a nice town with a courthouse on the main square and 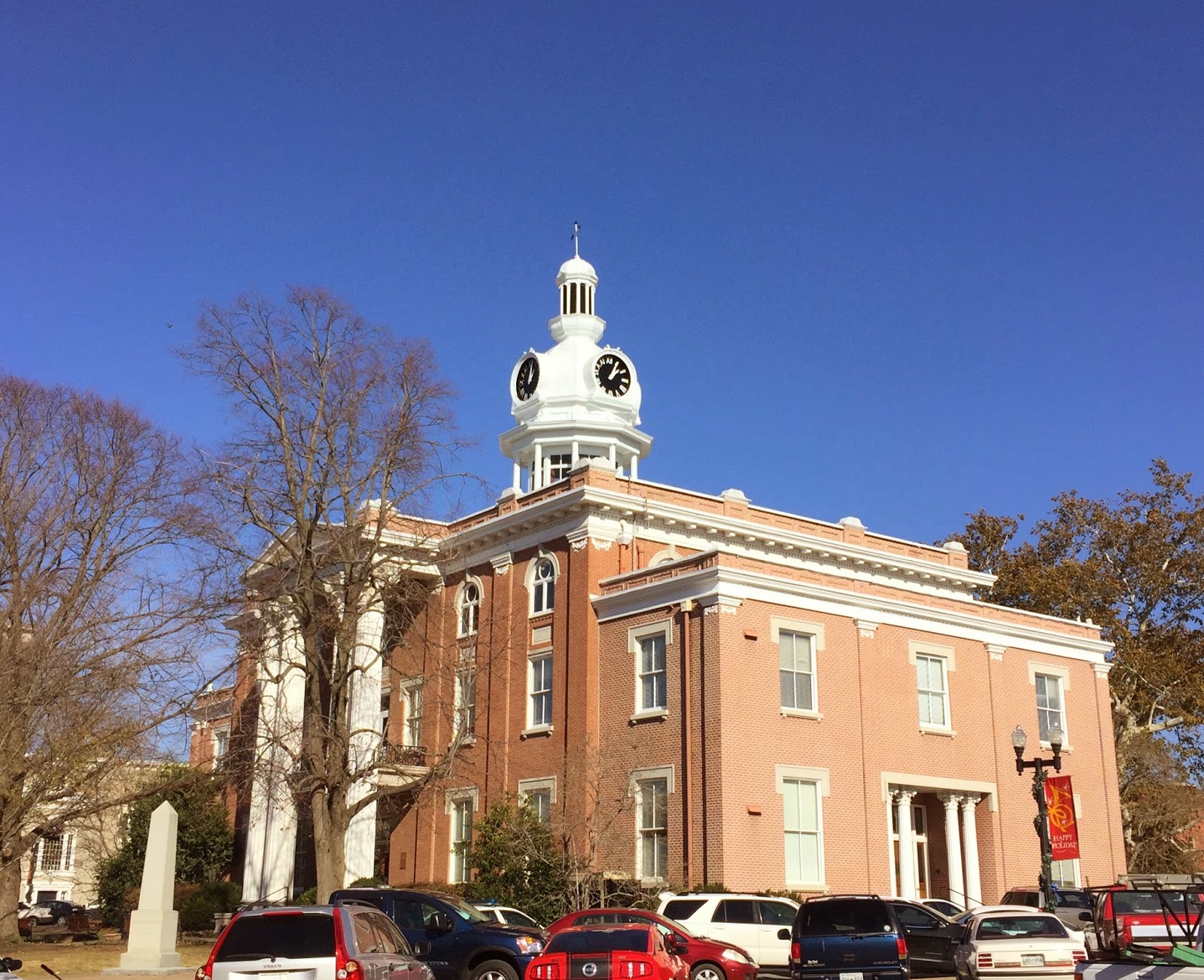 lots of active shops and a vibrant downtown section that gives you the feel of the way life was decades ago.

We returned the next day to have dinner in downtown Murfreesboro at Marina's Italian Restaurant down on the square. 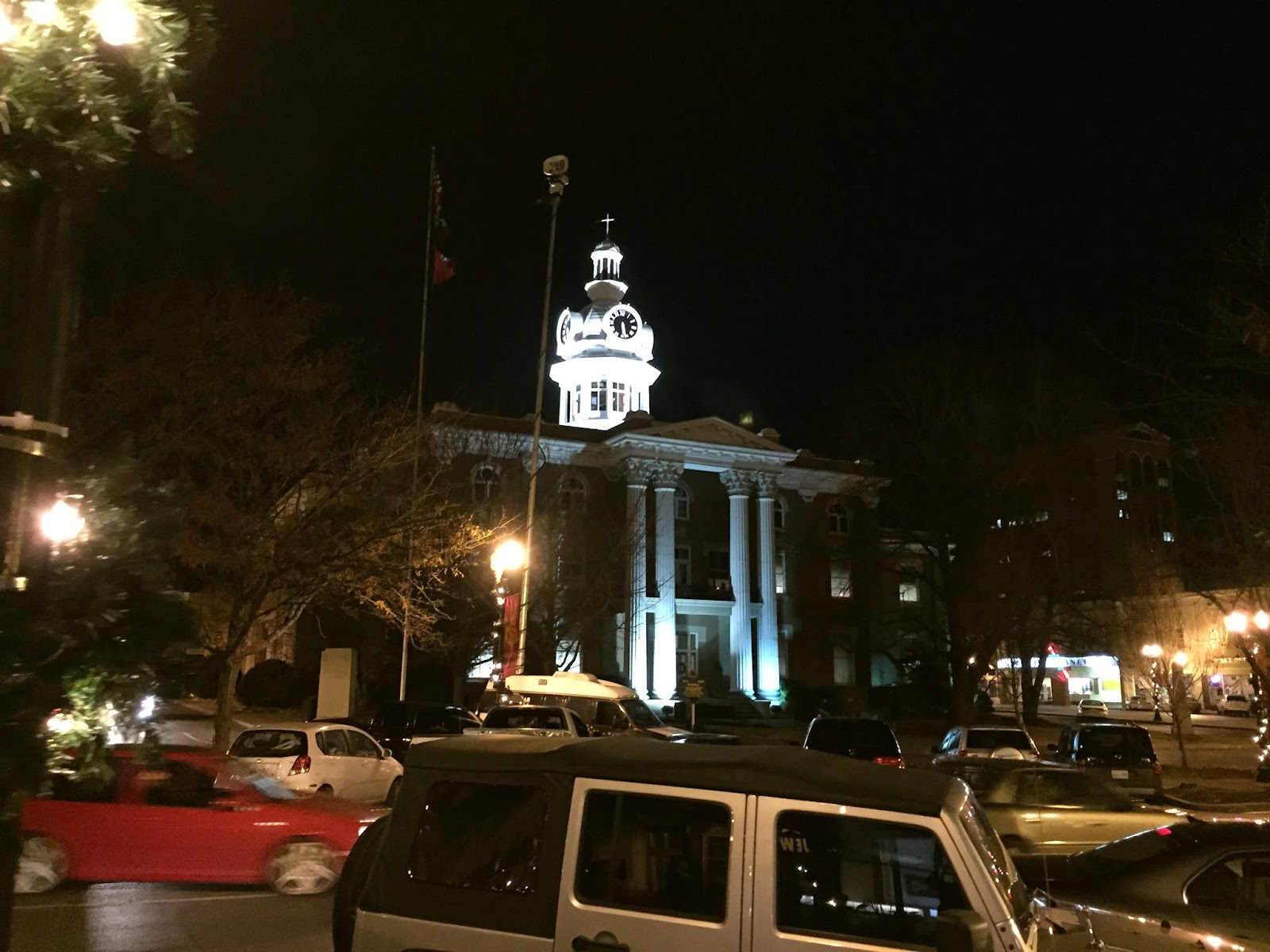 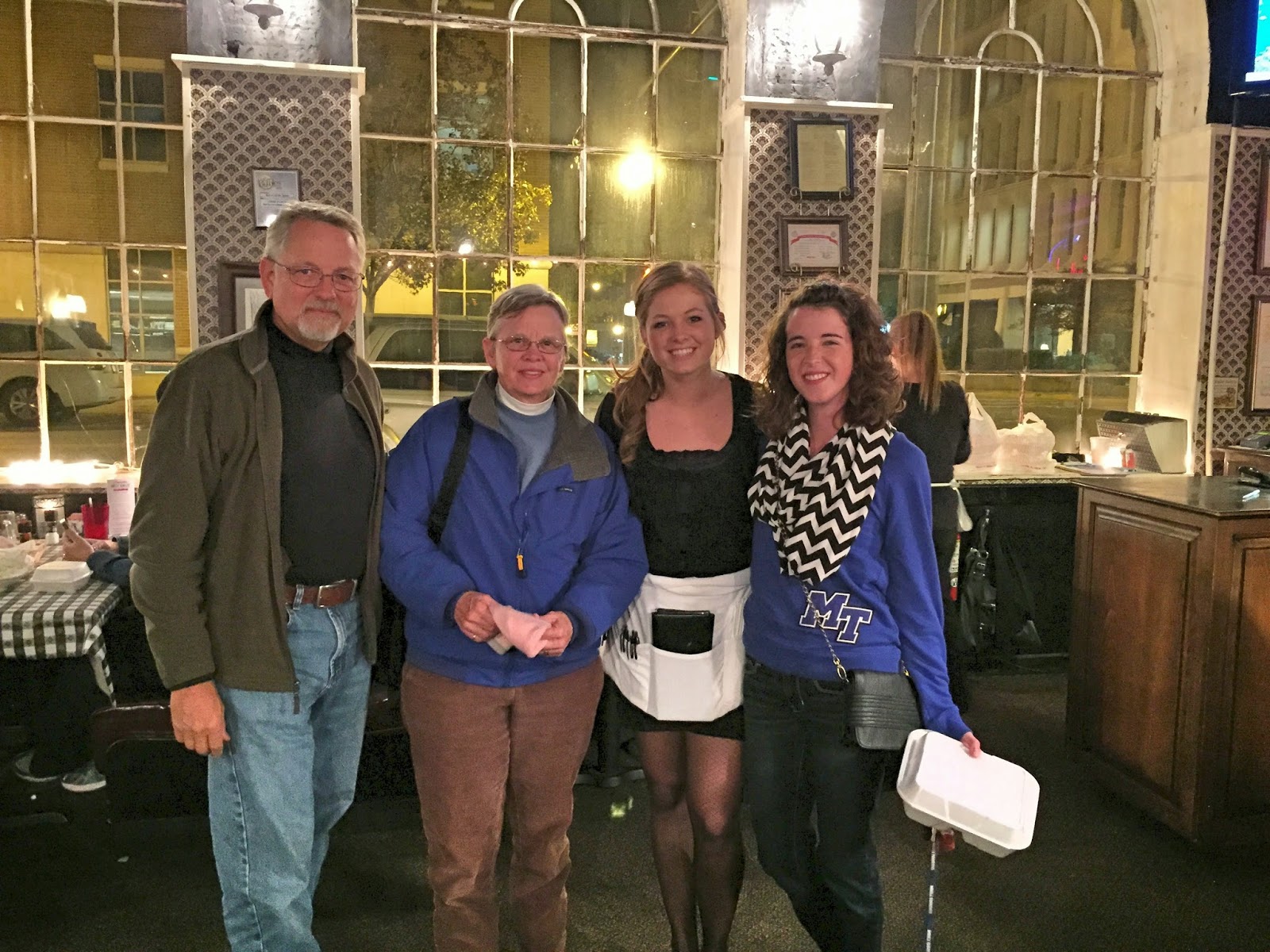 Another great meal at a great restaurant with Kayla and we saw her roommate Ansley who works there.

The next day, her parents and brother came over from Maynardville and we all went to the MTSU football game.  First we did a little tailgating with the band 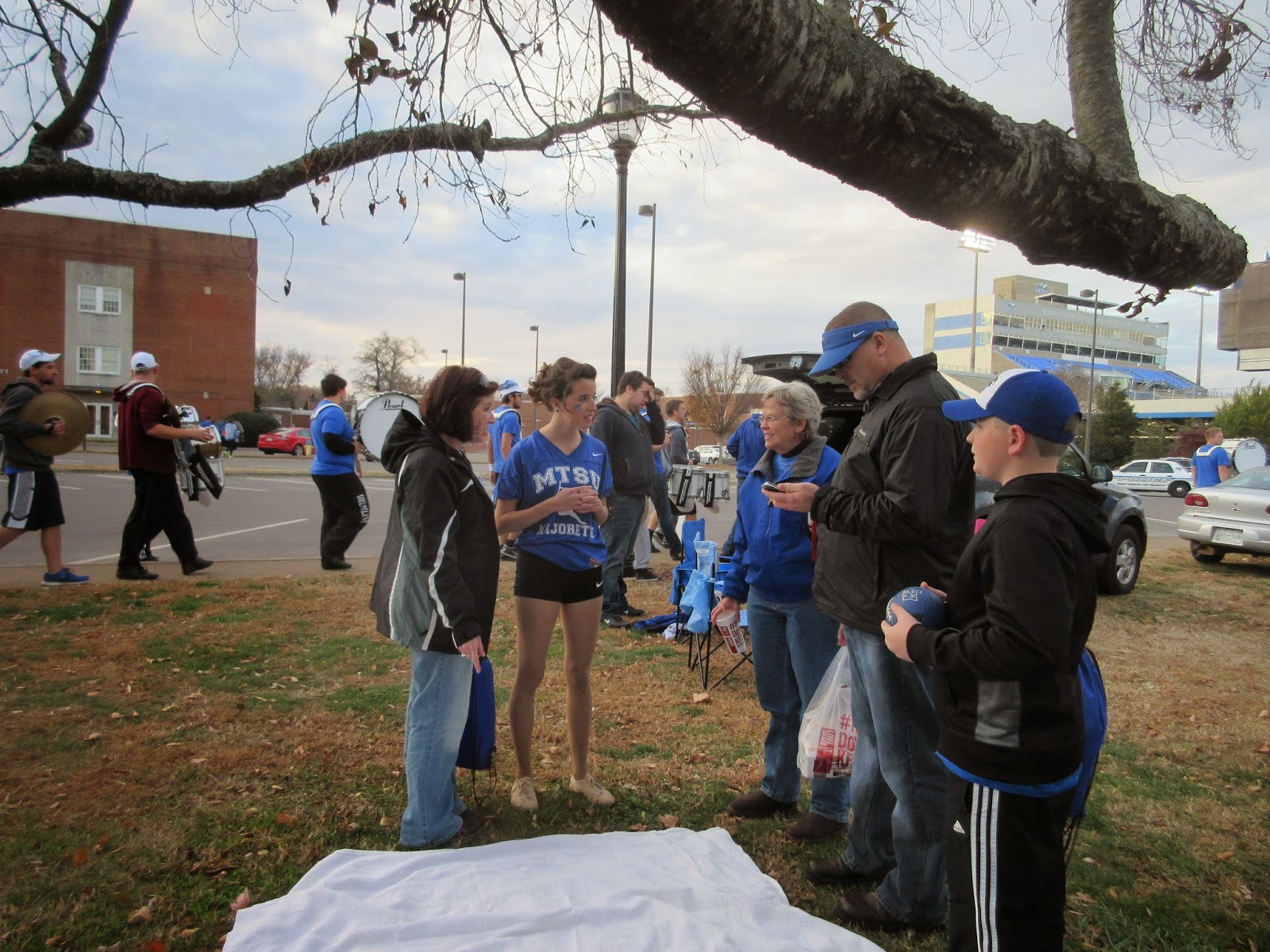 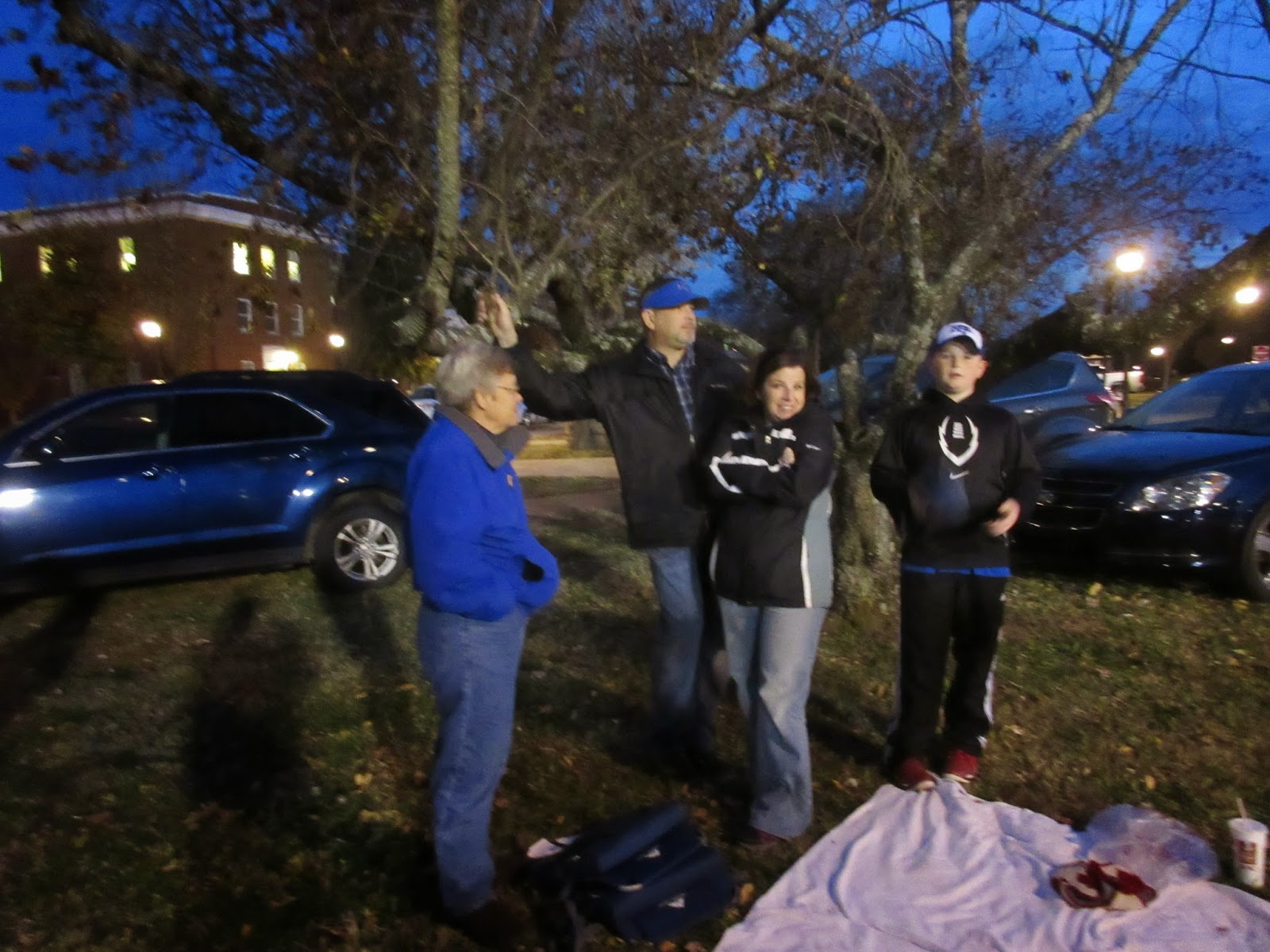 As it approached game time, the girls did some warming up down 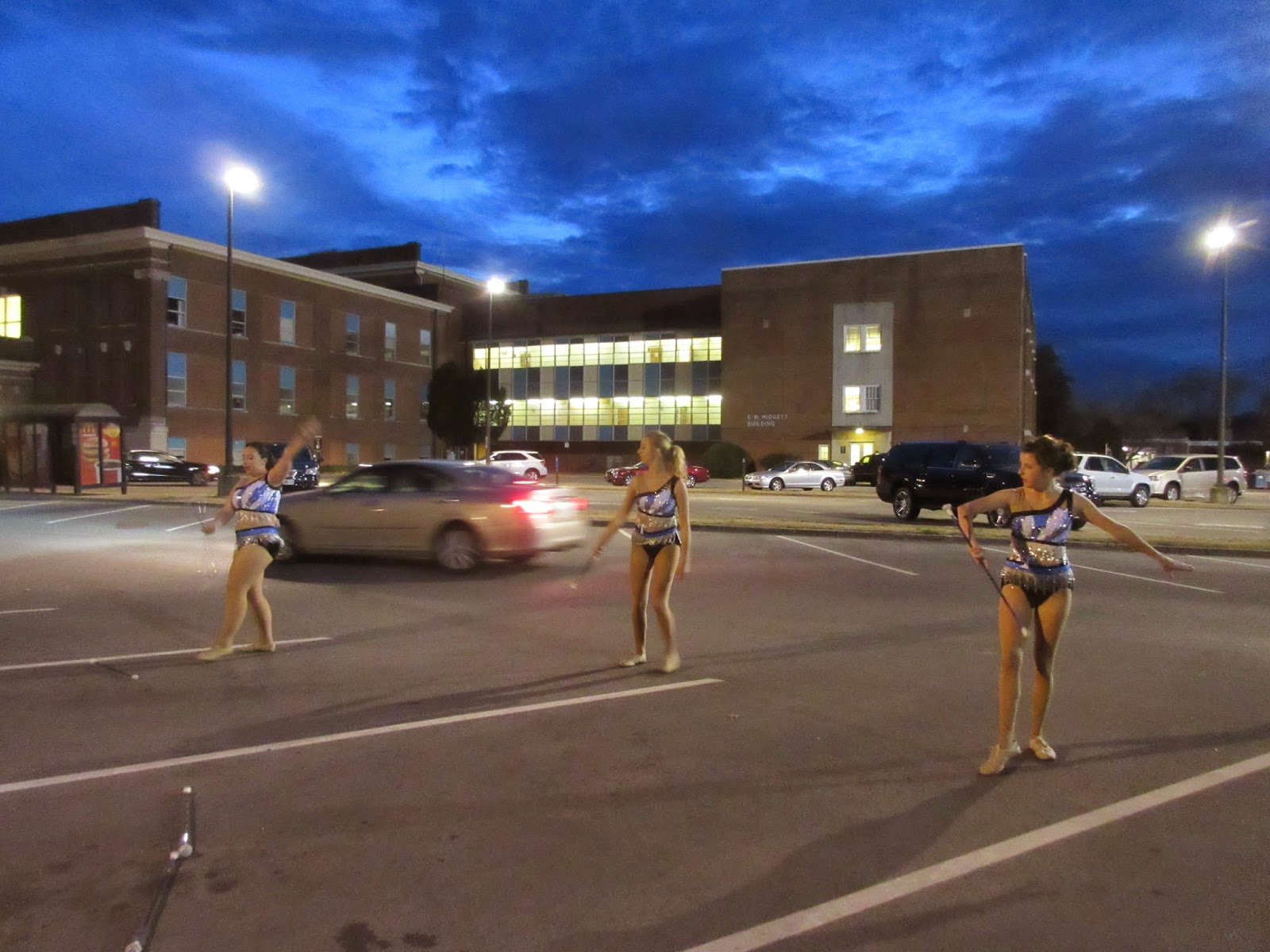 And we found some seats in the stadium.  It was military appreciation night and a couple of soldiers from Fort Campbell Kentucky parachuted in. 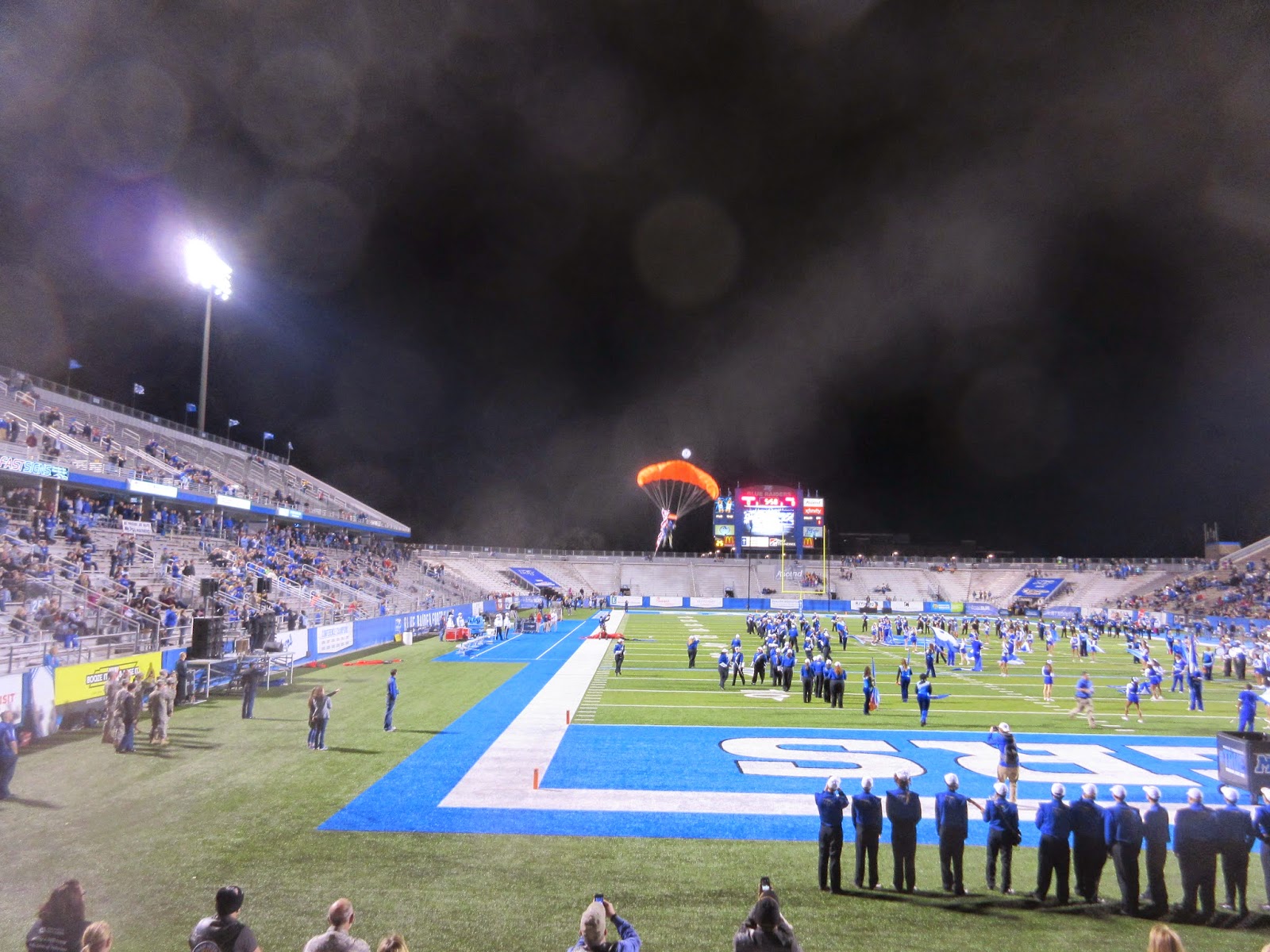 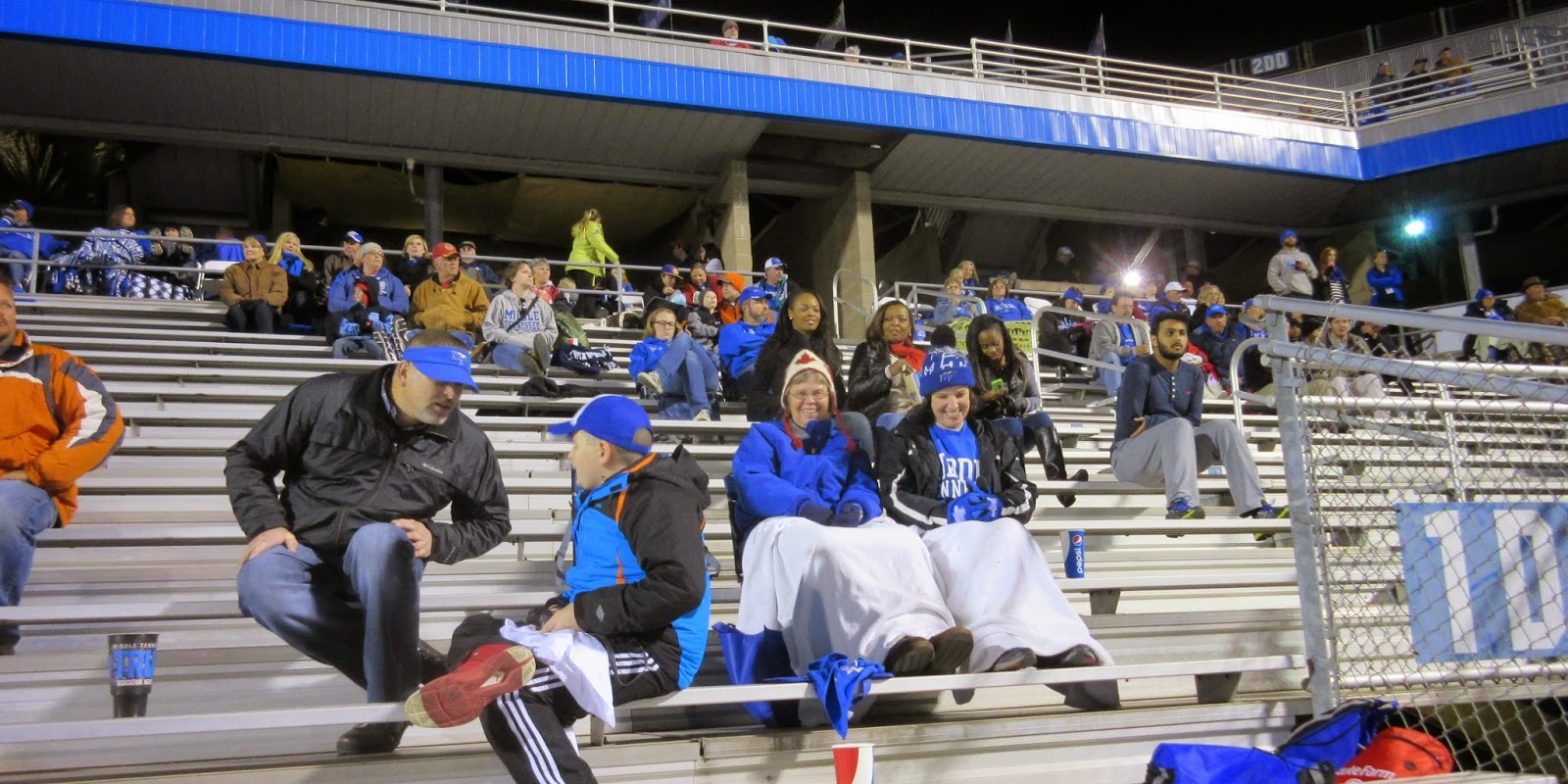 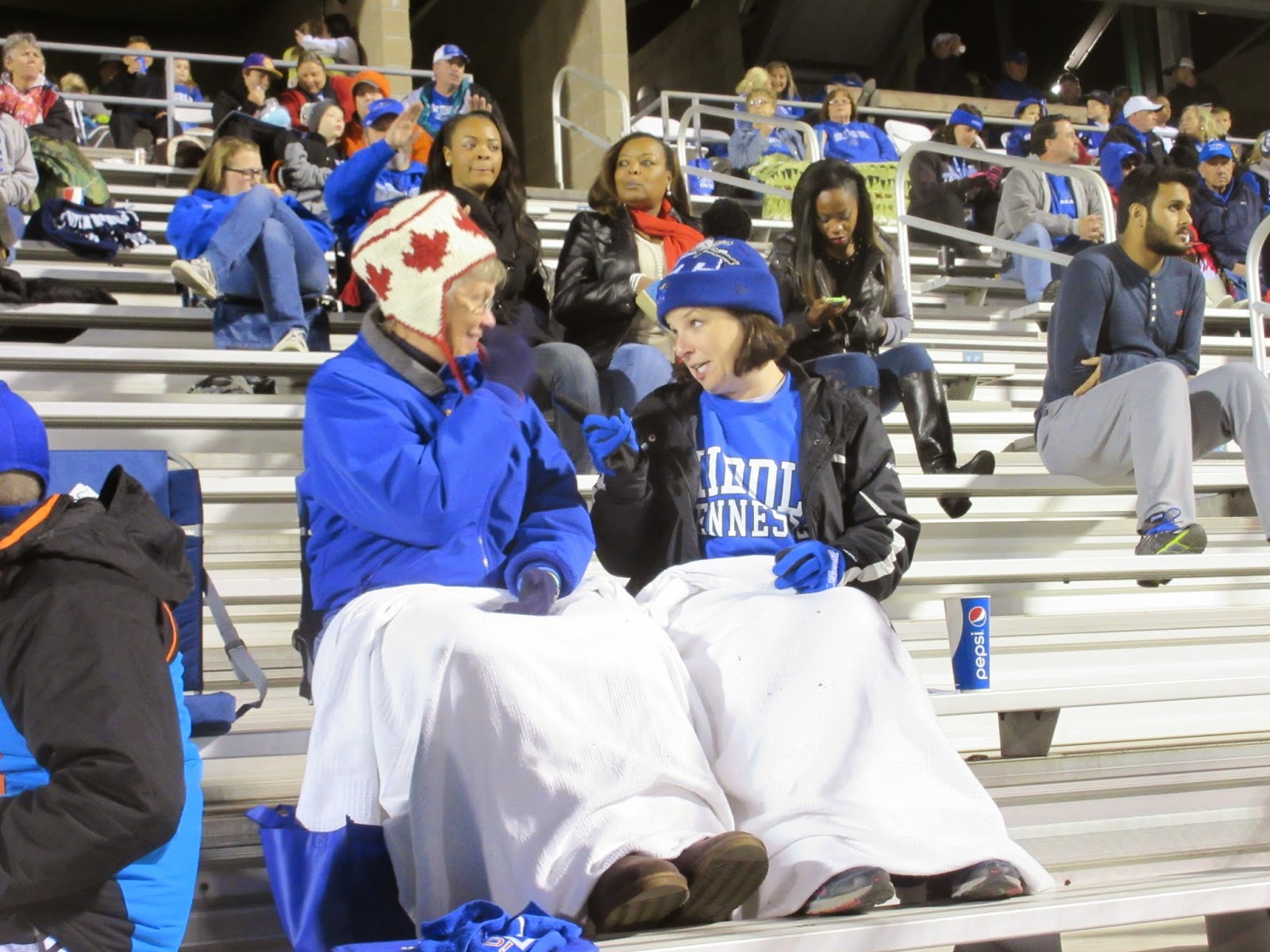 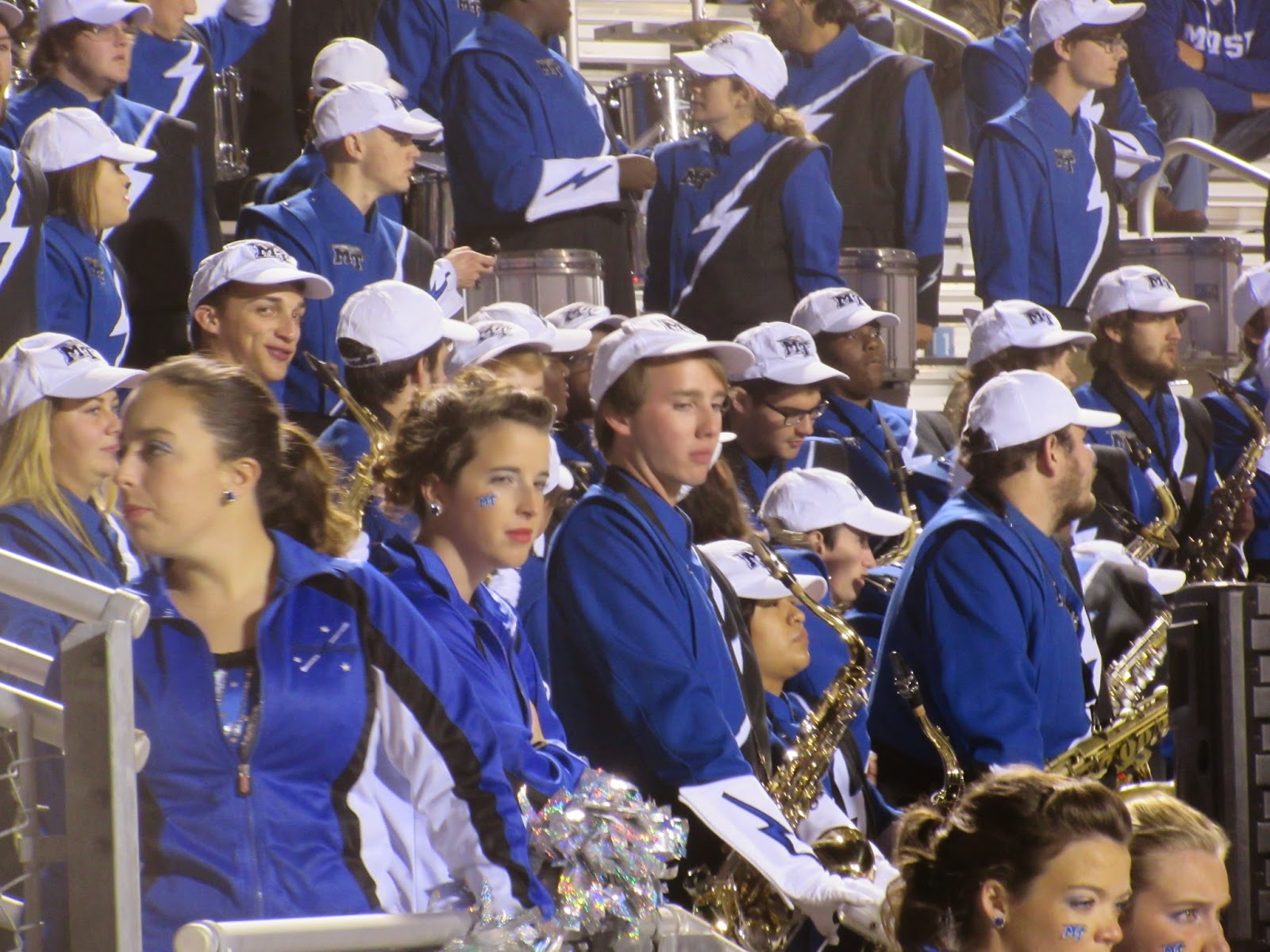 Then before we knew it, half time was approaching and the band and the majorettes made there way to their positions and then onto the field. 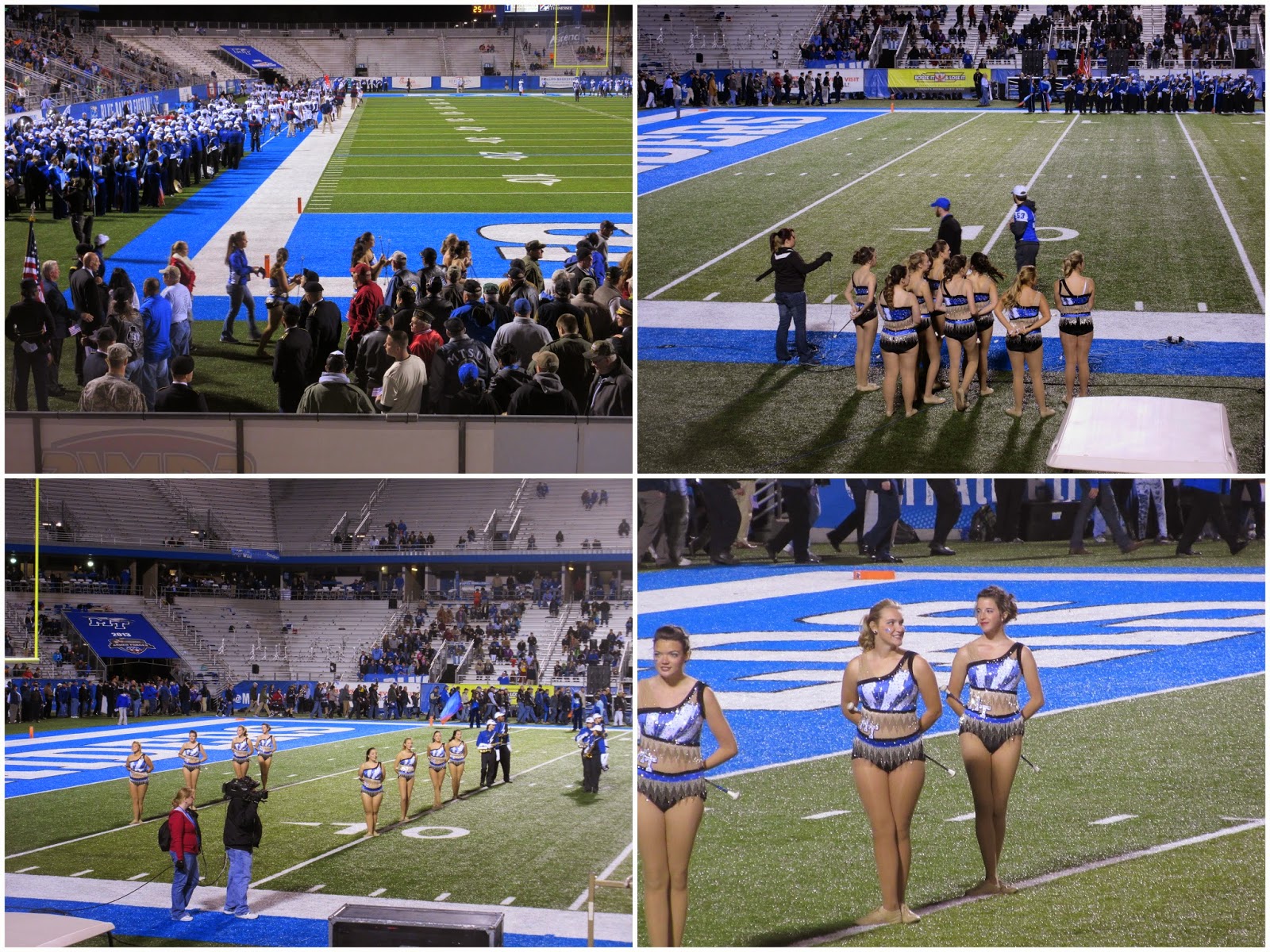 And then the main event (at least from our perspective), Kayla's and the majorettes' routine 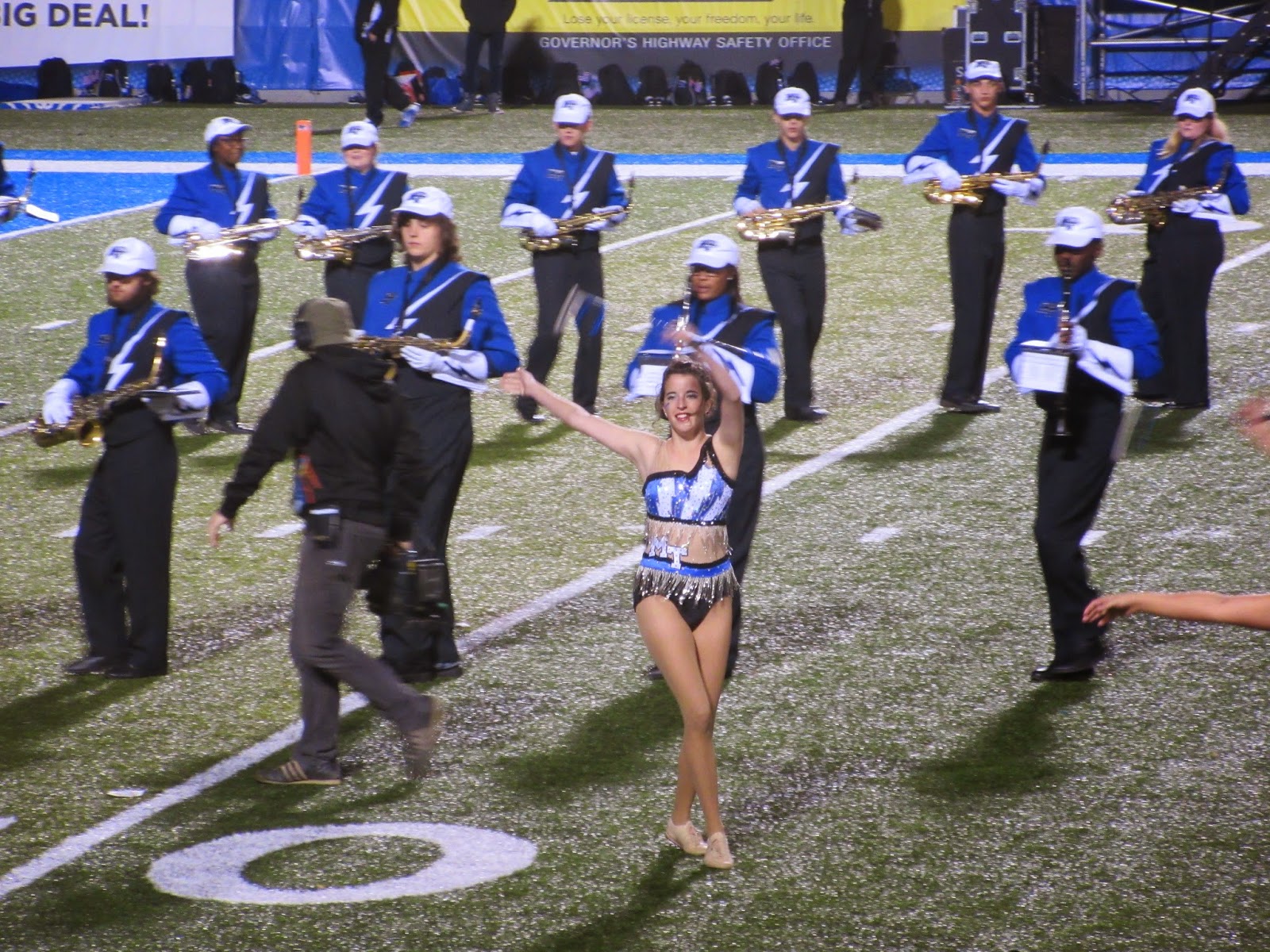 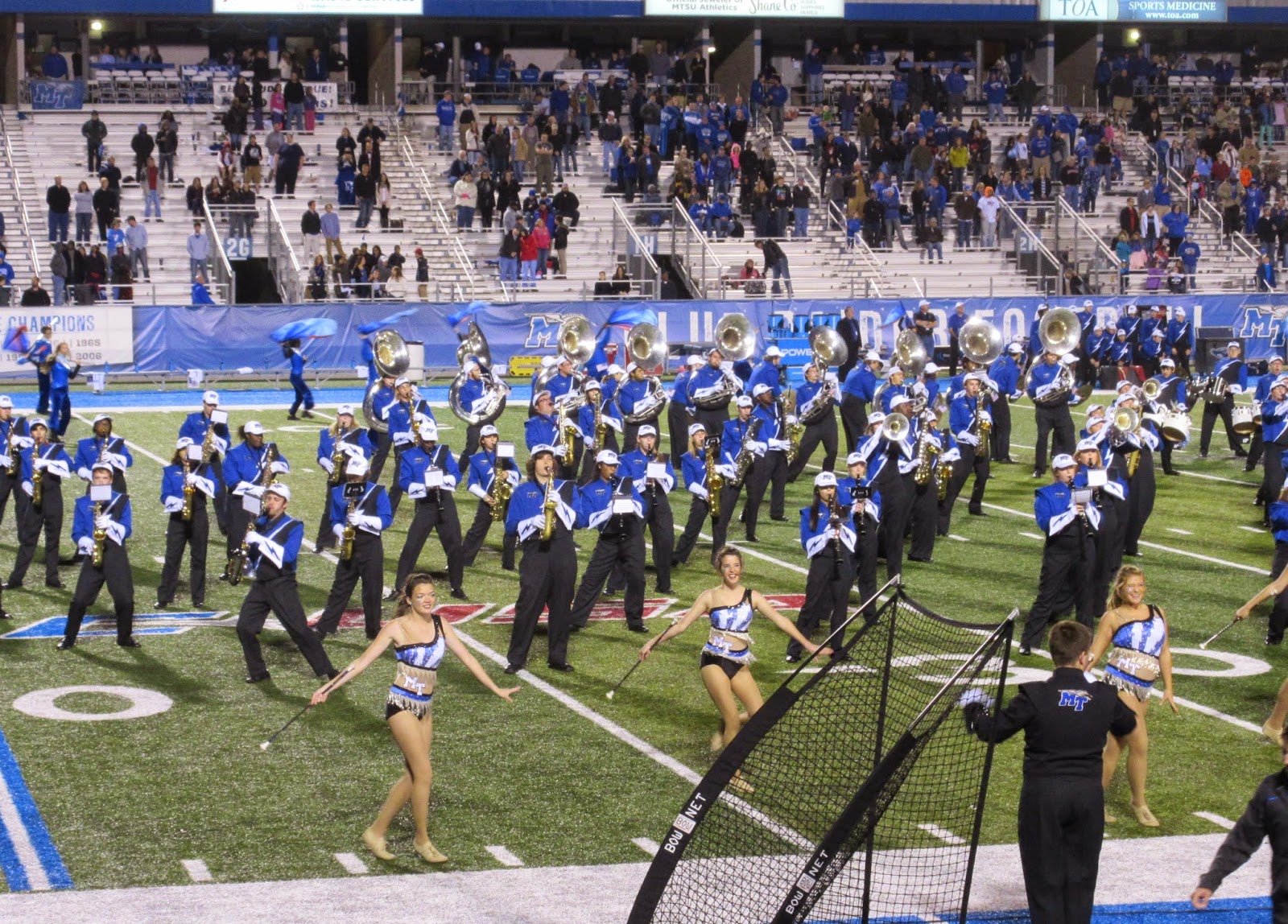 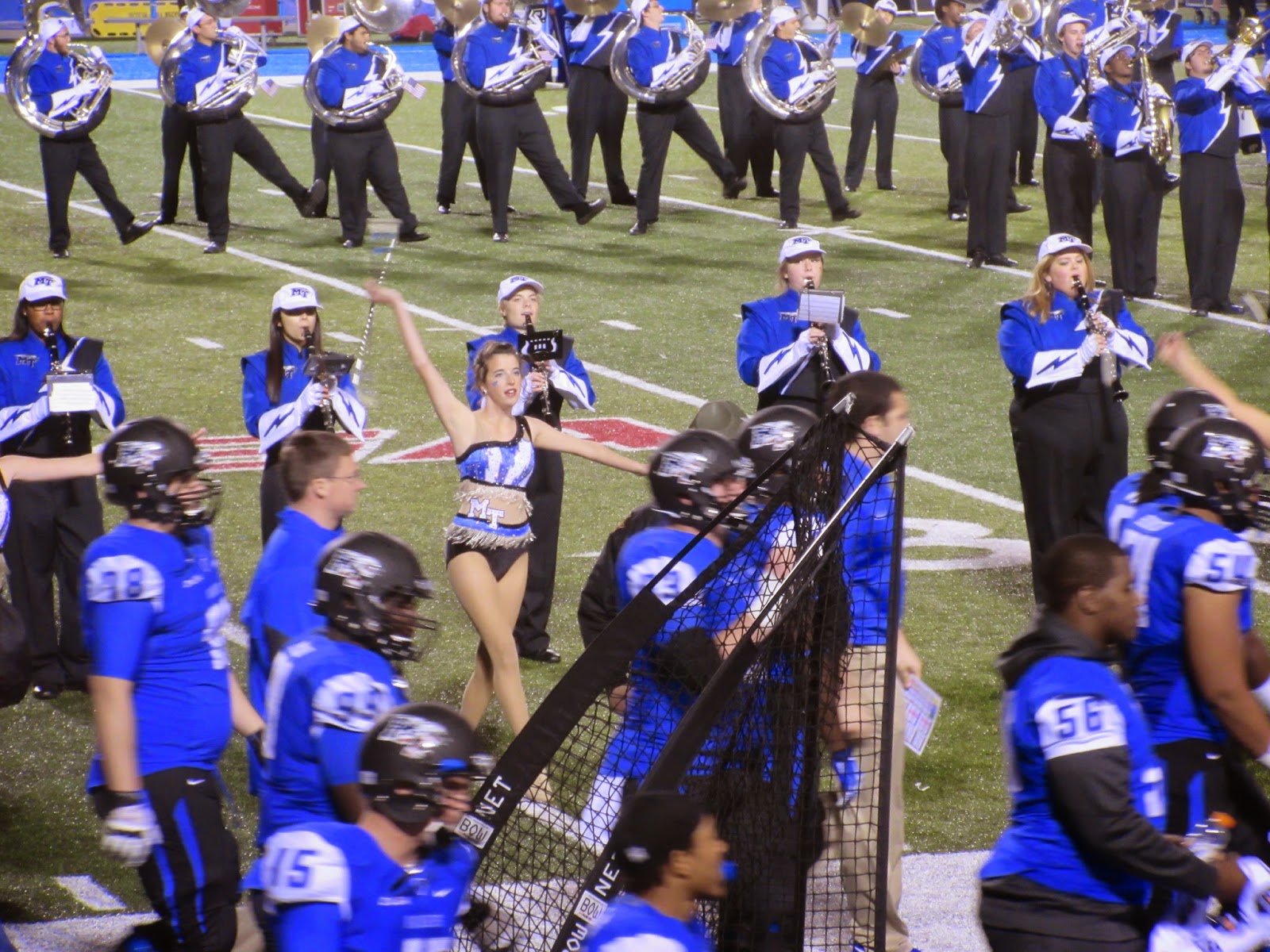 We stayed a little longer after the half 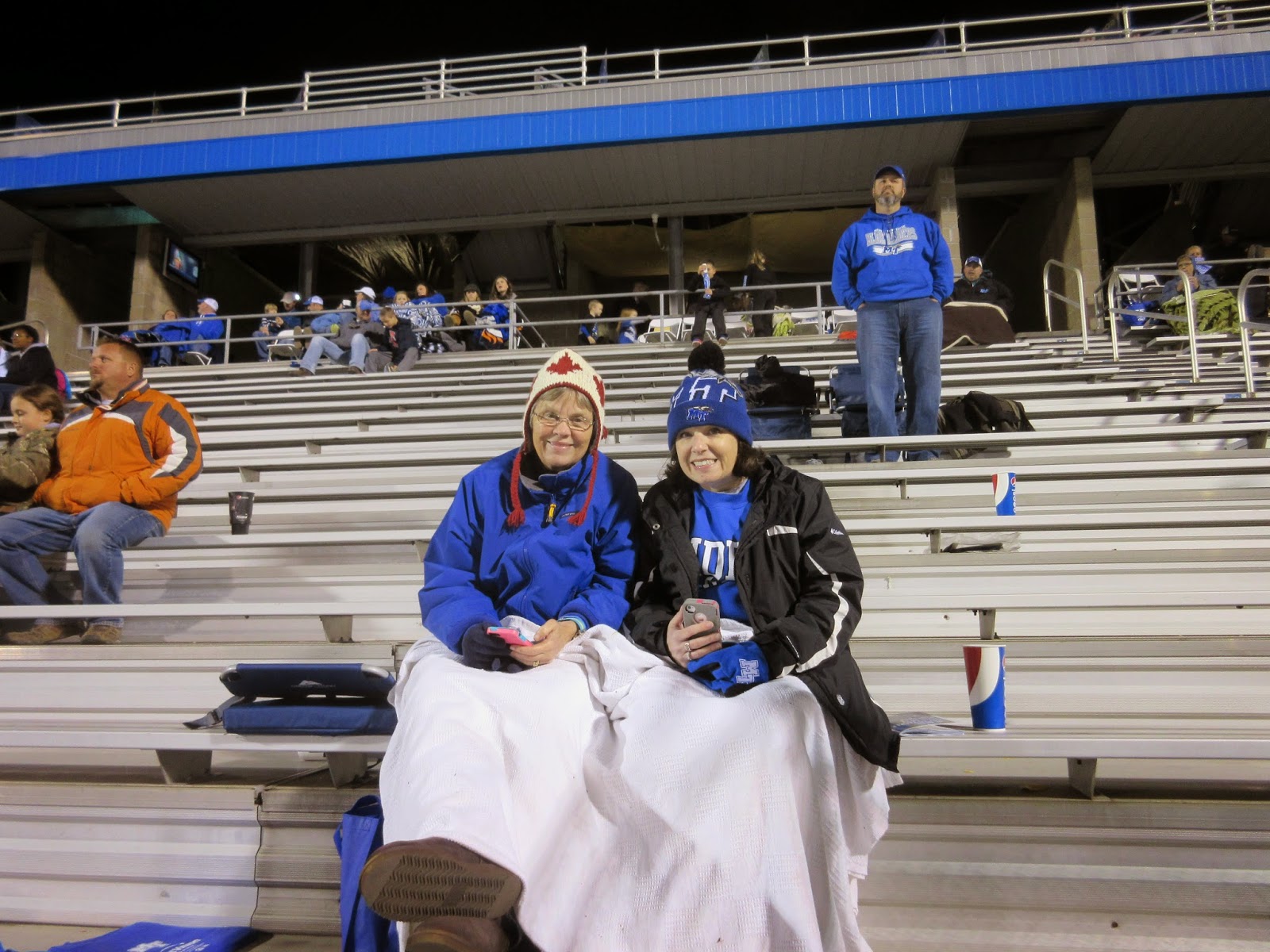 Then we left and went back to our campground.  MTSU pulled it out in the last minute to win 35-34 over Florida Atlantic and became Bowl-Eligible so we may see them on TV in a few weeks.

It was great to see Kayla and her family and see her doing so well at MTSU in Murfreesboro.  She is working hard and getting good grades and I admire her for making the team and spending all those hours at practice to toss that baton!  And she works on campus in her spare time, so she is a busy young lady.  We're very proud of her and glad we got to see a snapshot of her and her college life.

Posted by Roadrunner Chronicles at 5:36 AM