We are in Red Bay at the Tiffin Service Center aka the Allegro Campground.  They have plenty of sites and we picked one of favorites at the end of the middle row with our nose facing the office, but at the far end of the campground. 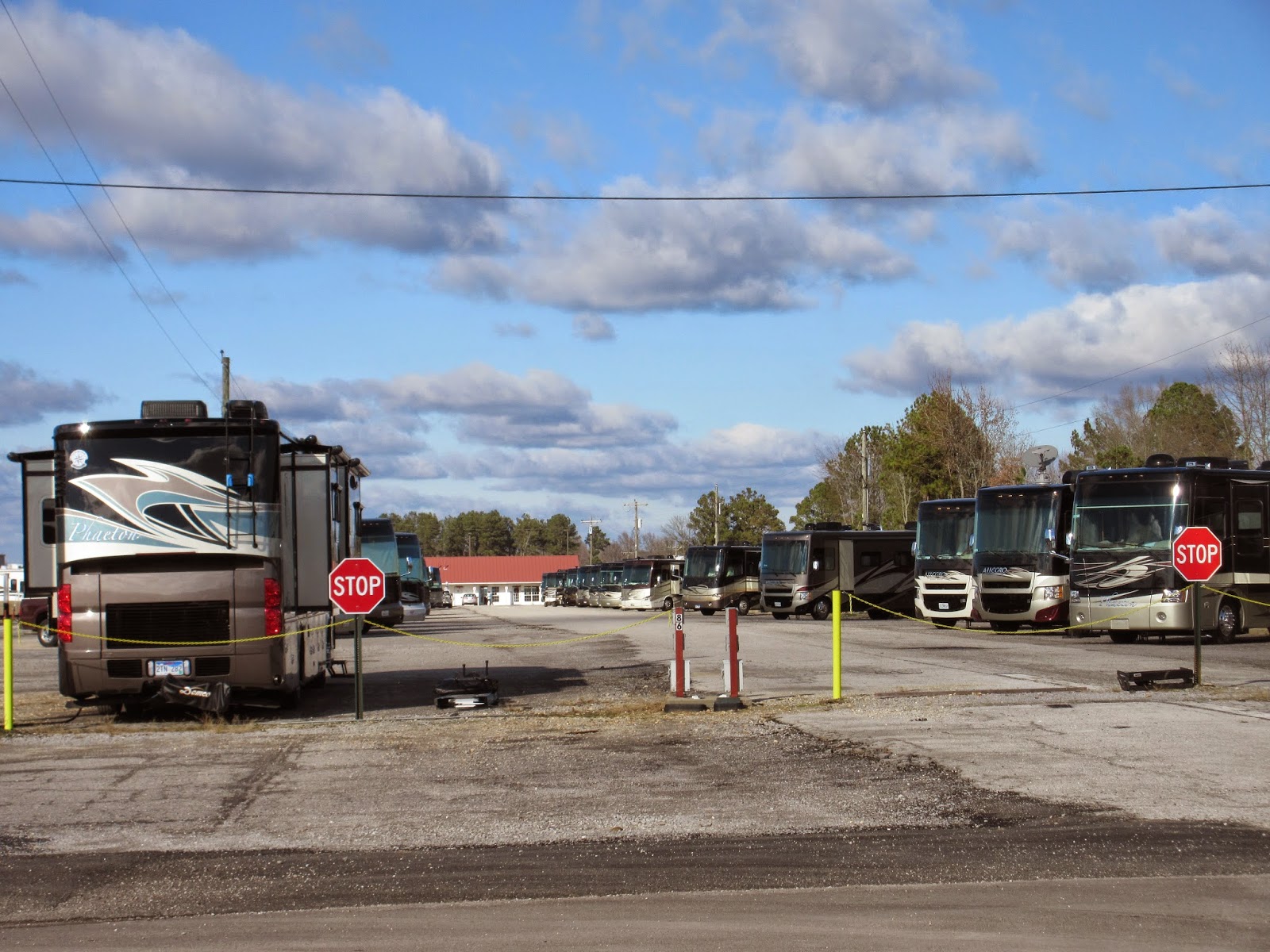 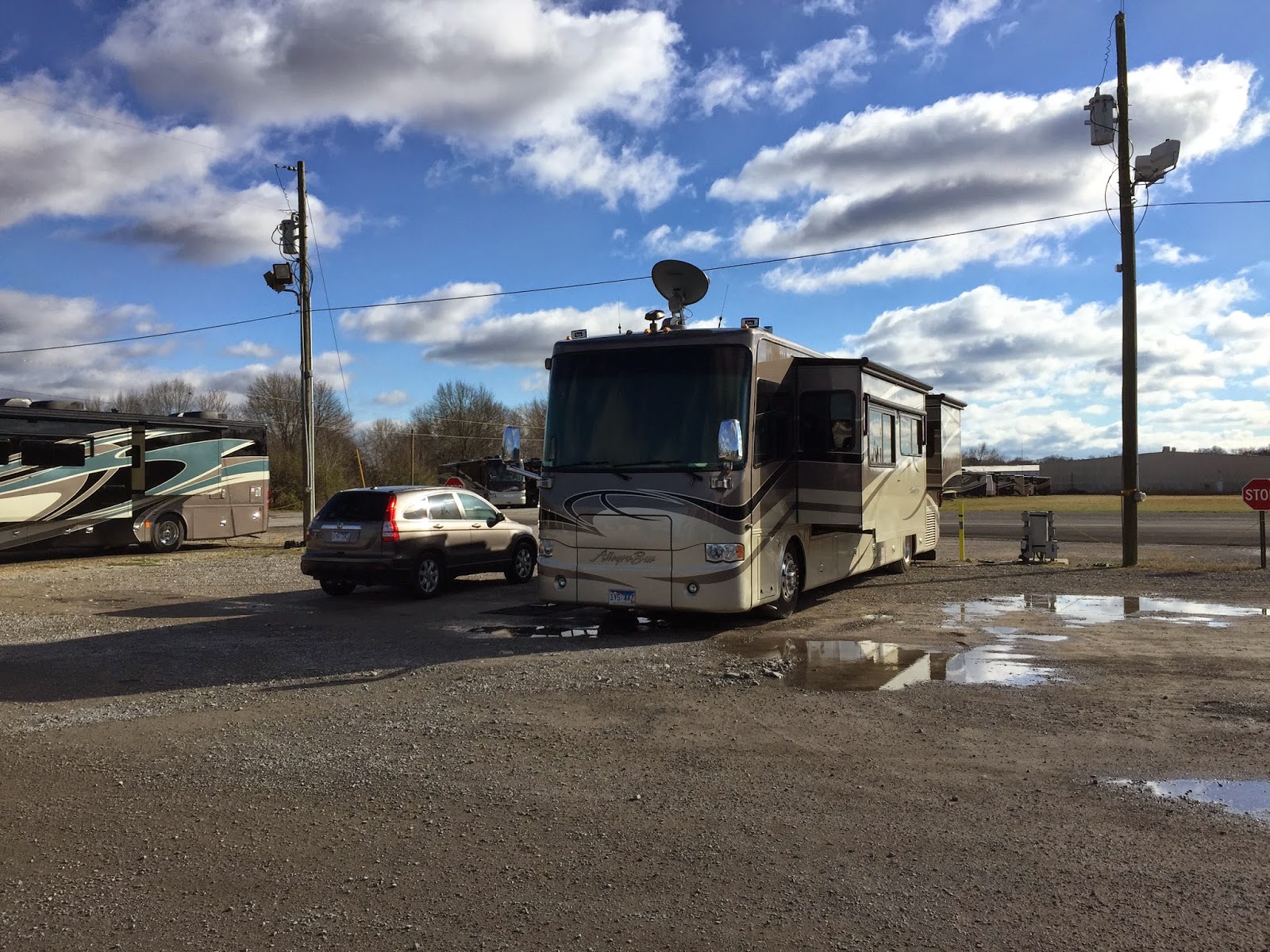 We like it down here because we have more room and it seems to be less noisy.
We called ahead and they advised us the water is turned off and suggested we might want to be in one of the other campgrounds in town that have not turned off the water.  We mulled that over and decided we wanted to use the laundry.  It is no big deal to fill up our tanks and roll and stow the hose up.  It was pretty warm at 72 degrees but the lows are expected to get down below freezing in the next few days.

Then we found out we didn't have to go to the wash rack faucets to fill tank.  While the water faucets down the most of the camp site rows are turned off, for some reason along the back where we are, the water is still on.  It took a few minutes and we were all set up.

We didn't do much on Friday night.  We had a nice dinner of Thanksgiving leftovers Tom gave to us and enjoyed a relaxing evening.  Speaking of Tom, he spent the night in a WalMart parking lot in Dothan AL as planned, making the rest of the way to Fort Myers in reach on the next day.

This has been an unusual year and our third trip here We first arrived in June, then came back in September and now December.   I want to keep things in good repair and when I notice a couple of hairline cracks near the top corners of the rear slide outs, I decided it would be better to get them fixed soonest.

Since we knew we were going to be in Nashville to meet up with Tom, it wasn't all that out of the way.  The main repair item are the hairline cracks.  We will go to Bruce Deaton's for that job.  He thought it would be a fairly quick job.  We are planning for 1/2 day there.

Then we are going over to Brannon Hutcheson's in Vina AL for some electrical work.  We want him to trouble shoot our new rope lights that aren't working and maybe check out our irregular tail lights. Interestingly enough, they now seem to be working fine.  Ever since we went back to regular bulbs instead of LED bulbs, they have worked fine.

While we are at it, we will pick up a couple of items in the Parts Store.  I need a new oblong plastic front dash defroster cover that is cracked.  I also have my eye on a foam squeegee to speed up the drying part my motor home washing.

Yesterday I wrote the blog, did some reading and then we went over to Belmont MS to check out the tool store.  We forgot that it is closed on the weekend.  On the way back we drove around town and checked out those other campgrounds.

The new campground over at McKinney's is 100% empty.  In September it was full.  The Red Bay Self Service Campground along 4th St has a few takers: 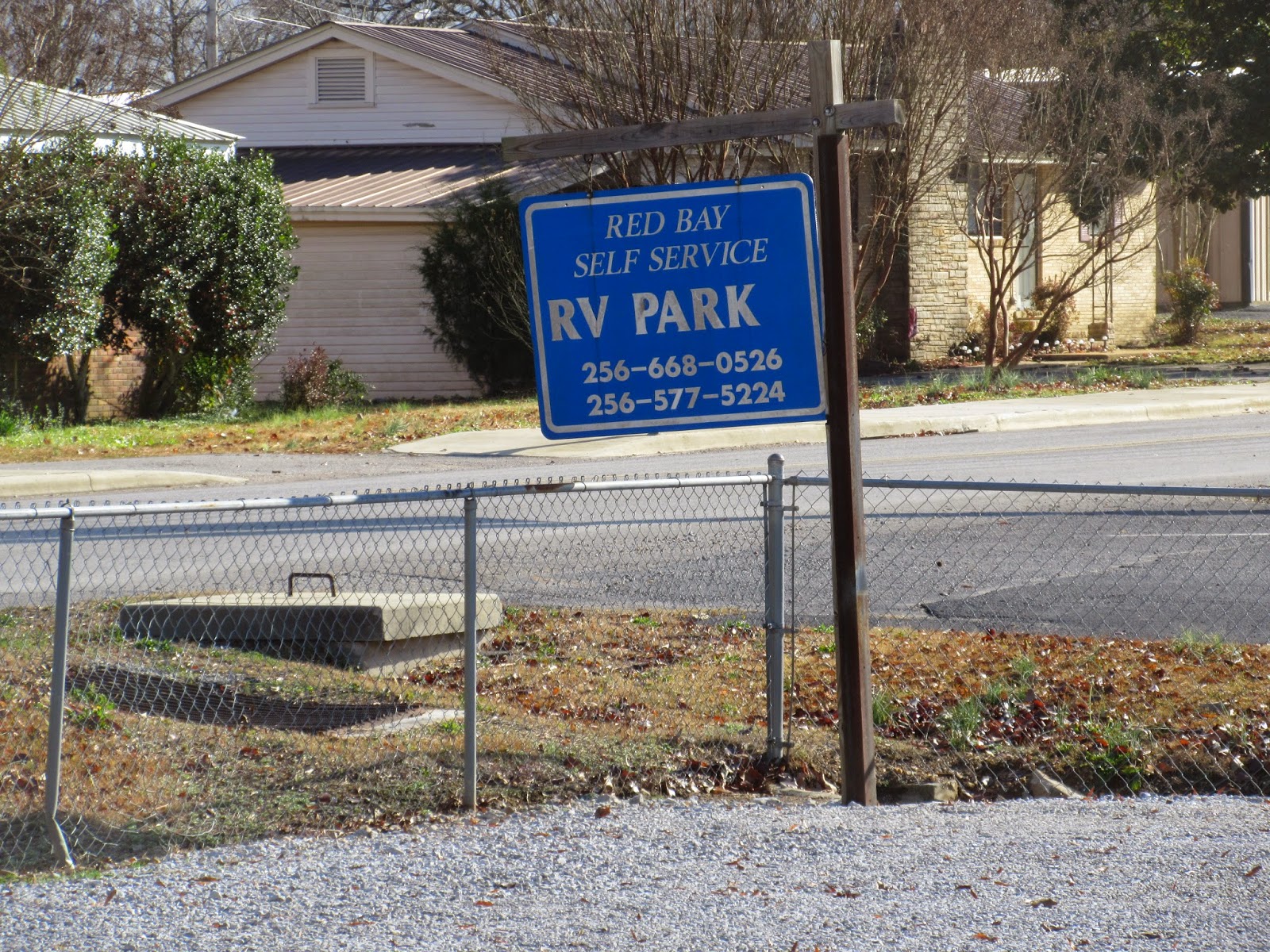 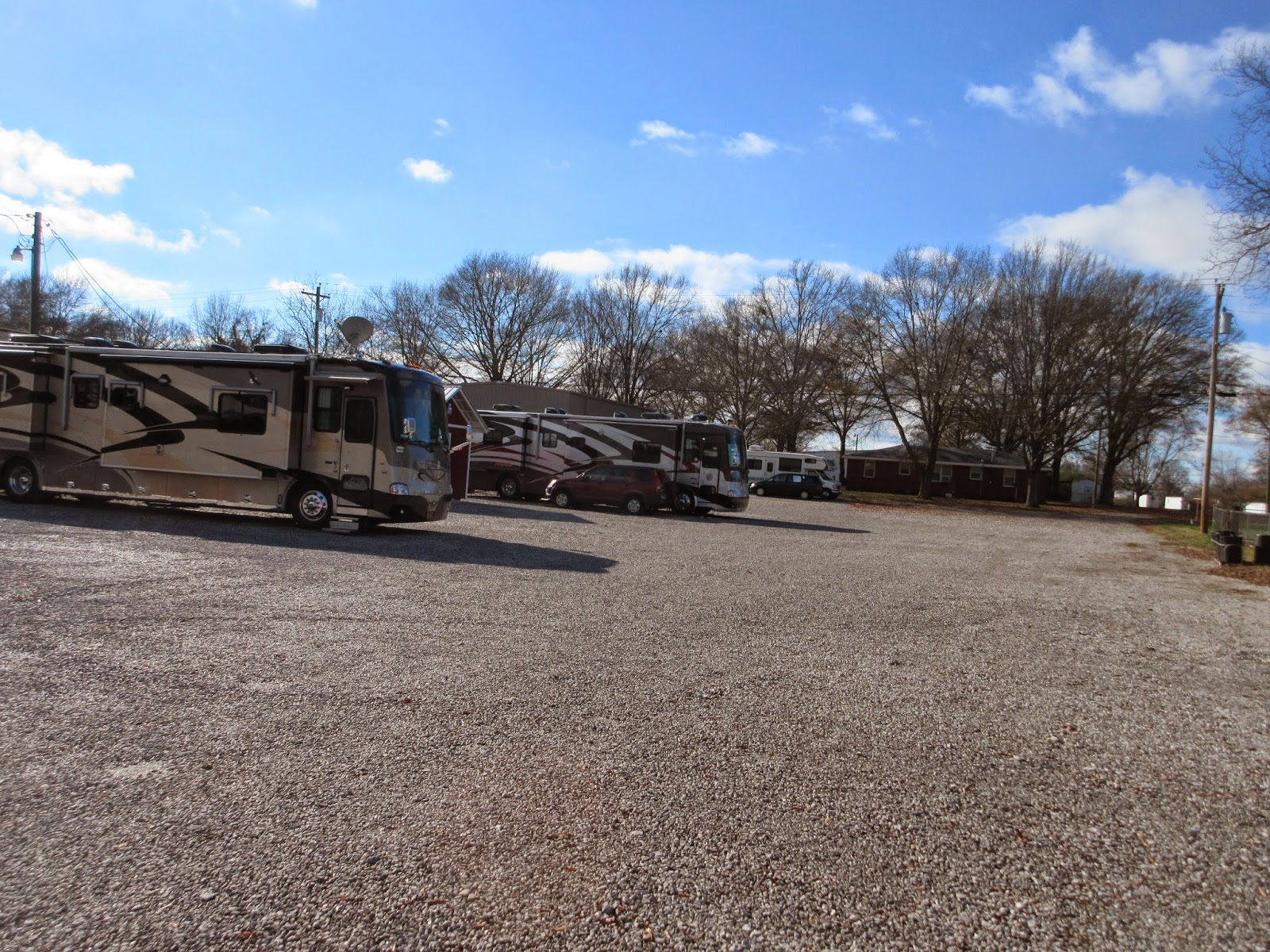 One of the newer ones (like McKinney's) is downtown on what looks like an old concrete slab where a number of buildings once stood. 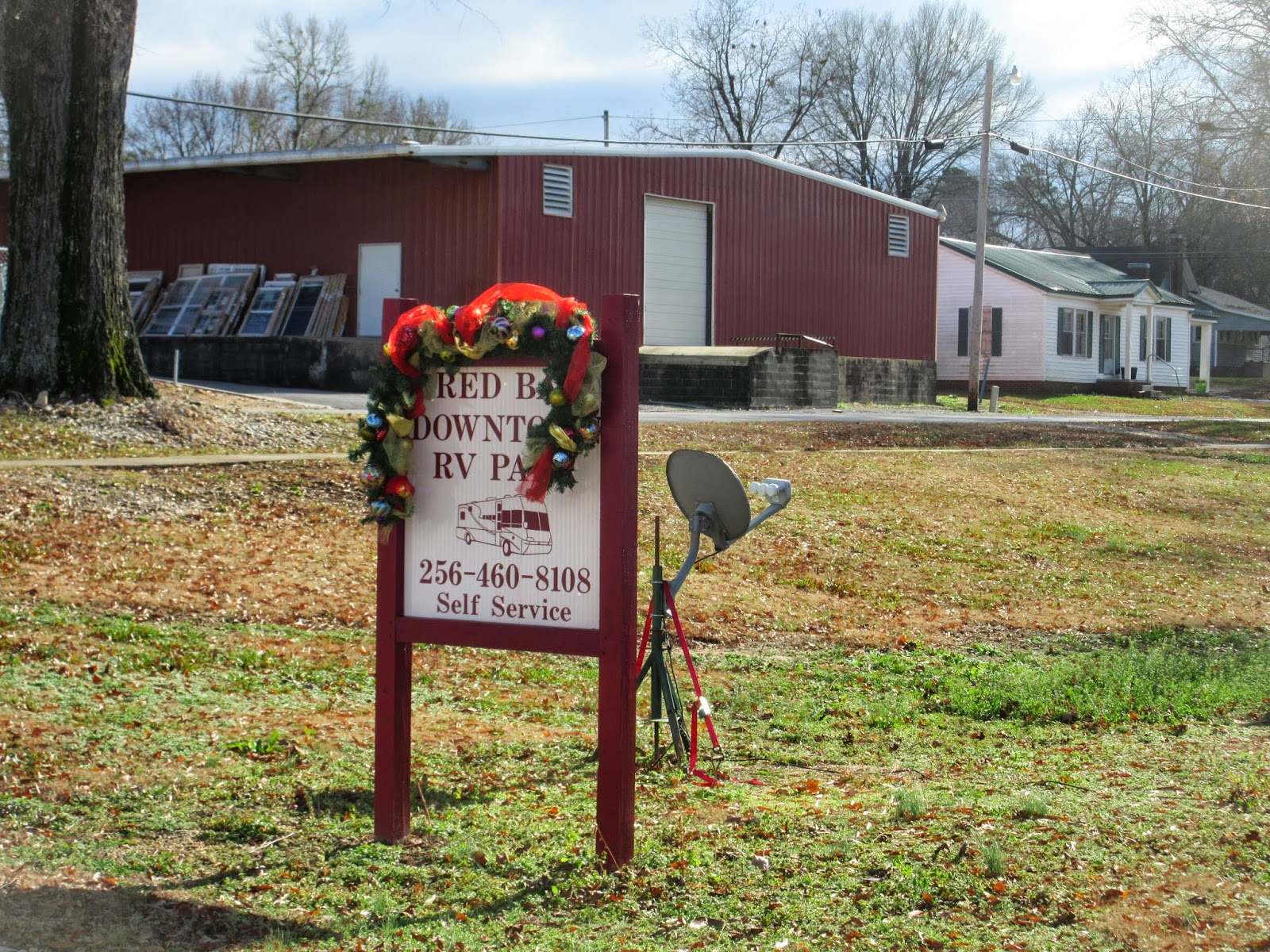 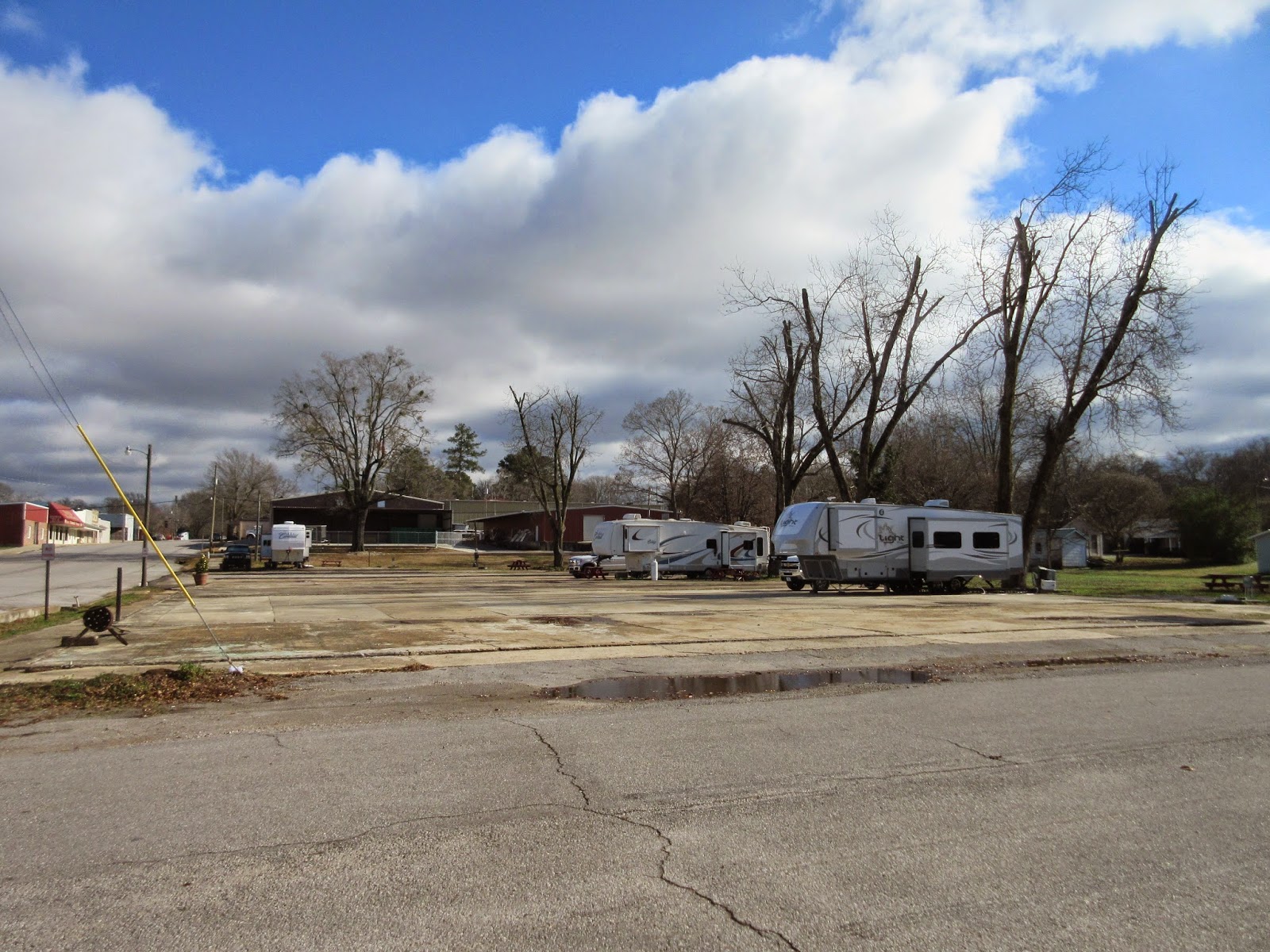 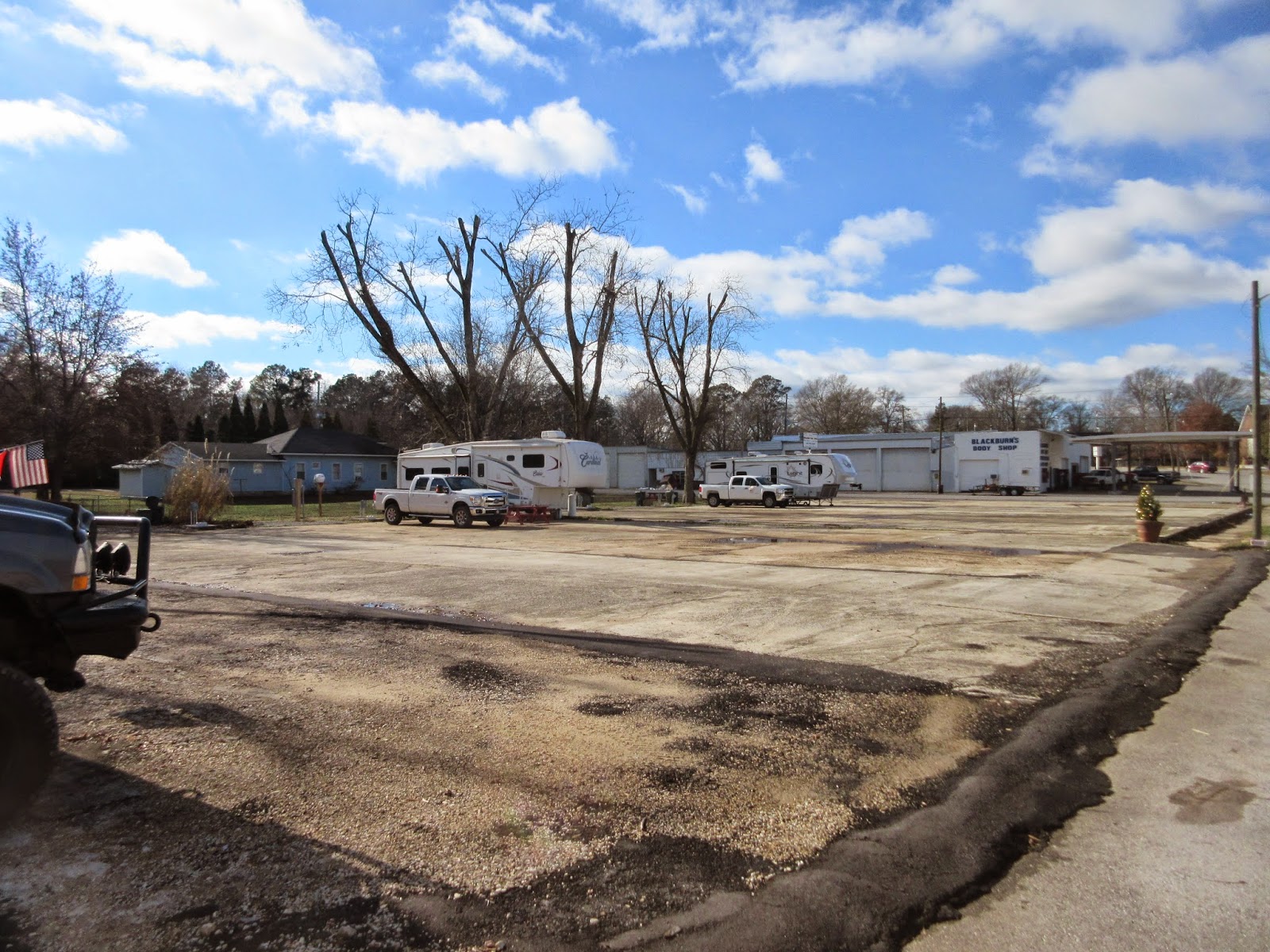 They also had a few takers but were mostly empty.

We check out the new Dollar General grocery store picked up a few items and had a quick evening of some TV which included some golf and college football.

That was it for us on the first day back to Red Bay...


Posted by Roadrunner Chronicles at 4:47 PM