In Virginia Beach for a Spell

We left our R Holiday campground fairly early and 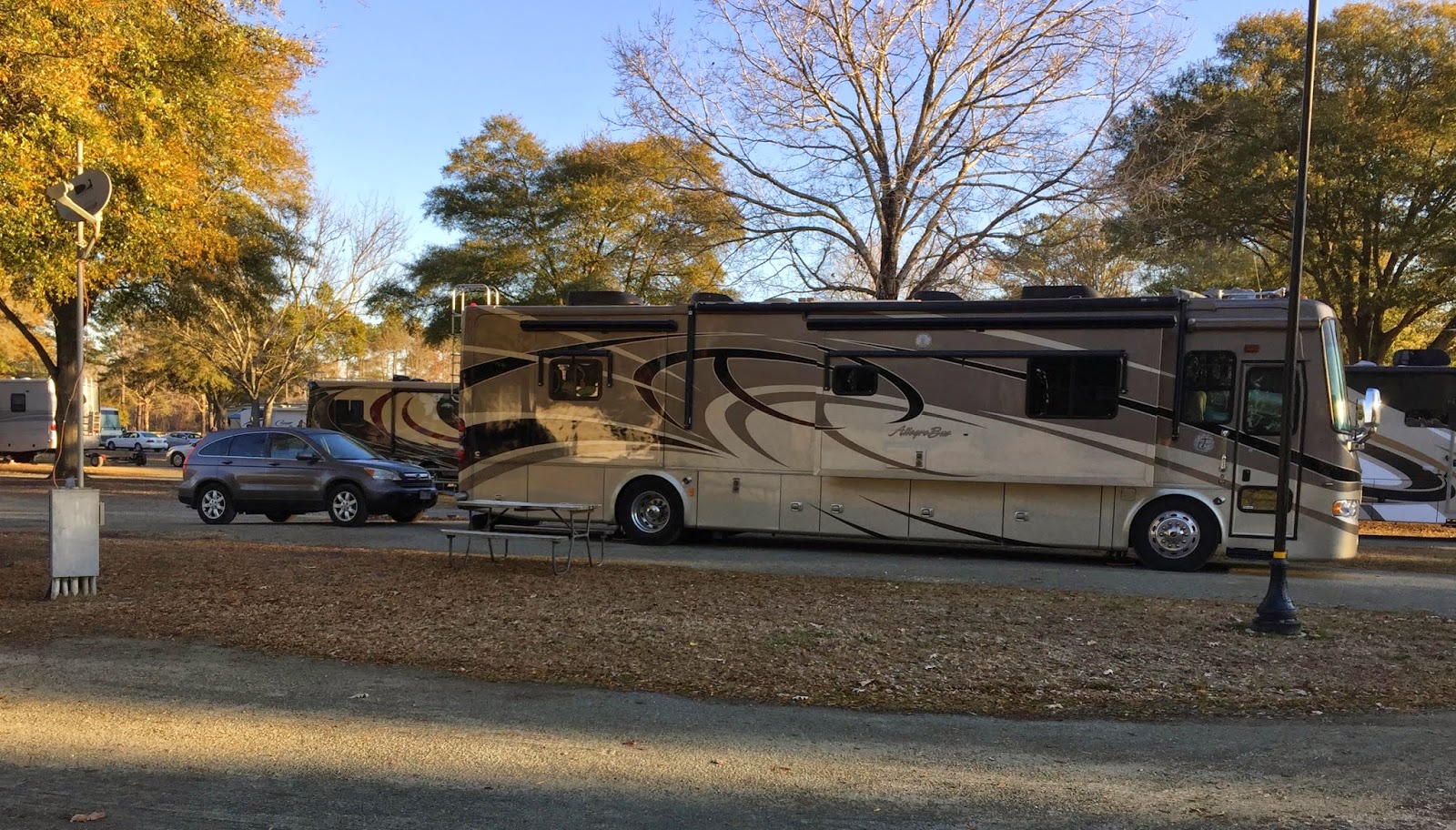 arrived in Virginia Beach on Thursday just before noon.  It was a bright and sunny day and a perfect one for a nice drive over from Selma, NC. 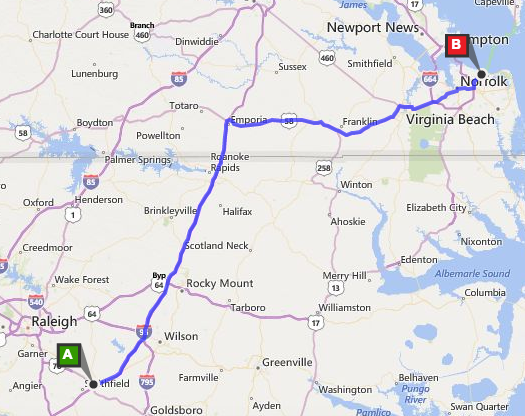 We were able to get into a spot that we have had previously.  We have 50 amp, sewer and electric and can get our DirecTV signal with no issues.  We even are able to connect with the campground wifi which doesn't happen often. 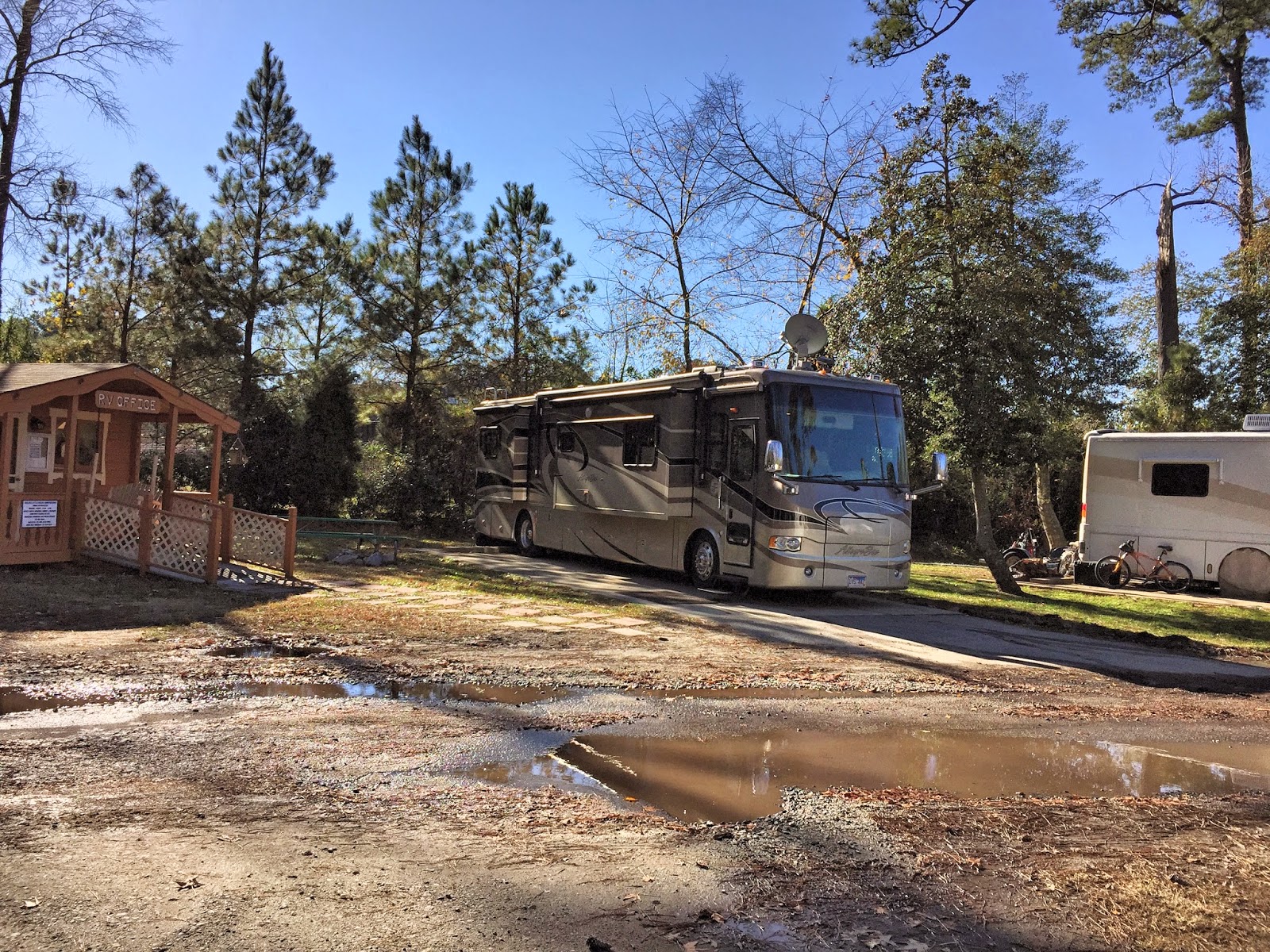 In September, we had a large tree behind this site, but that along with some others, have been removed.  My recommendation is they fix the pot holes/collections of water around the campground next.  I love those comment forms and use them.

We got set up and went over to Jon and Kelly's for dinner and catching up.  It was good to see them and the dogs.  We left here three months ago when it was pretty warm.  Things have changed and it is a little chilly but really pretty nice fall weather.

Pam and ran some errands yesterday around town and I did some more work online.  After an early dinner last night, we all went to a Christmas party and had a good time.  That doesn't always happen but it was at a Golf Course and had a nice atmosphere to it.

We met some folks and talked with some we knew and then came to the main event -- we all broke up into teams.  As we came in we were handed a card with a reindeer's name on it.  We all relocated to different tables where our teams were located.  Mine was Dancer.  We had six on our team.

Then for the friendly group events and competition.  First was building a ginger bread house.  Each table was given a 'kit' and away we went.  Timed event (5 minutes).  We started out way ahead and did pretty well with one of the higher scores based very subjective scoring. :)

Next was a skit, scene from a movie or song with a Christmas theme.  I don't remember many movies but I think it was a scene from a Chevy Chase (Christmas Vacation - 1989) movie "They want you to say Grace...".  We did OK on that one too.

Then we picked one among each team to get decorated like a Christmas Tree.  Some pretty good ones there. 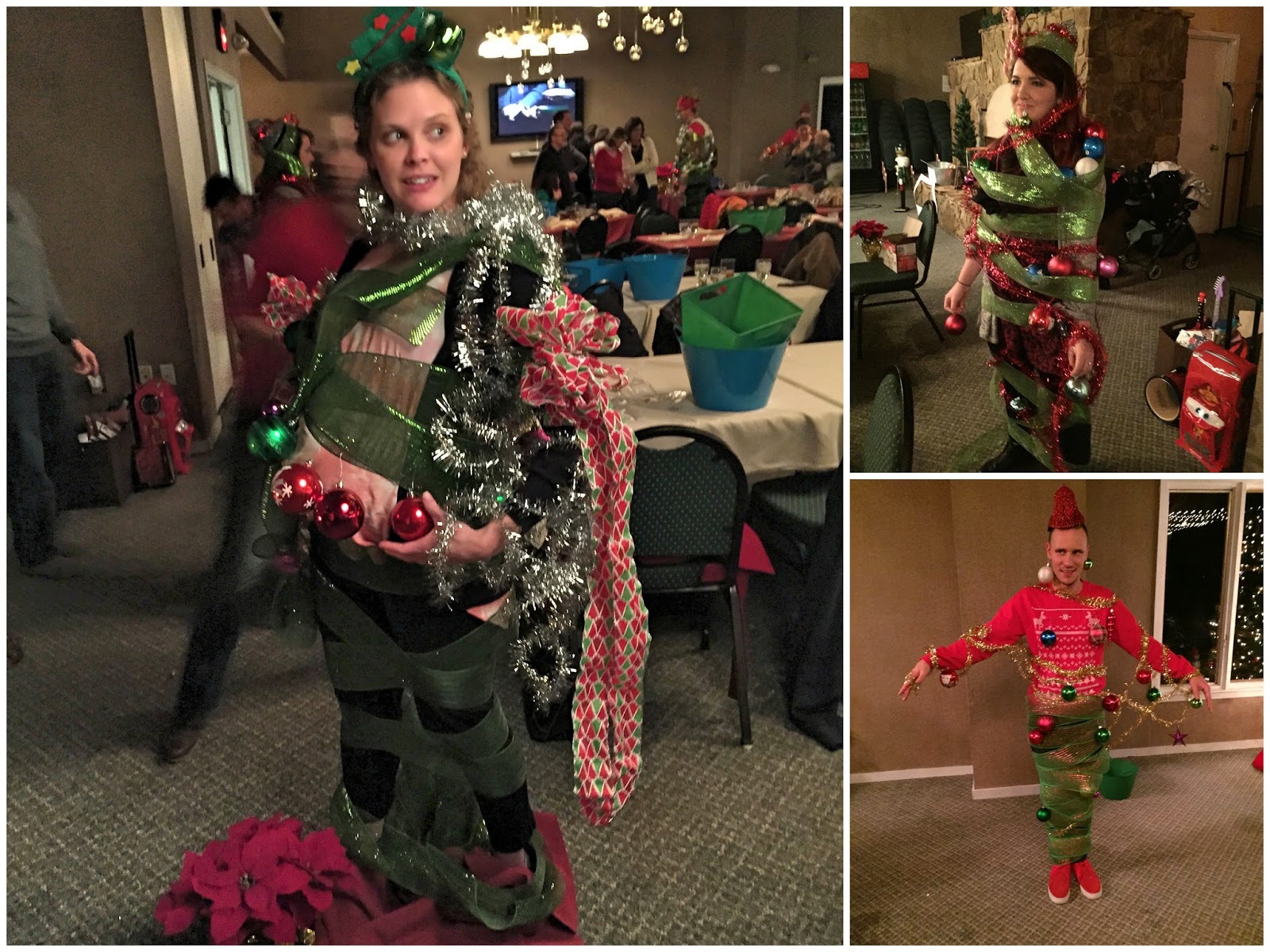 The final competition was to pick a person and go out to the driving range in the darkness and hit a glow golf ball.  That was a hoot!  The catch to this "long drive contest' was that it was with a left handed 9-iron.

Somehow our team managed to squeak it out and we ended up with win in overall points.  It was great fun, a good way to meet some people and worth a Starbucks gift card.  I loved meeting these folks.  I meet a guy who is a policeman and another guy who is a software developer.

So that was our Friday.  Three and a half hours of driving to Virginia Beach where we will be staying for a good part of the winter.  The Christmas season is definitely underway and it was a fun evening.

Posted by Roadrunner Chronicles at 3:50 PM