Our main reason for being in the Nashville area was to hook up with our friend Tom and we were able to do that.  After getting together for pizza the night he and son Vic arrived, we spent quite a bit of time together.

Since his coach was right next to ours at the campground, morning coffee and dinner together were special times.  We did that Wednesday and again on Thursday.  Later Thurdsay afternoon we did some grocery shopping and then went out to a park that Tom knew about.

We spent a few minutes at Mansker's Fort: 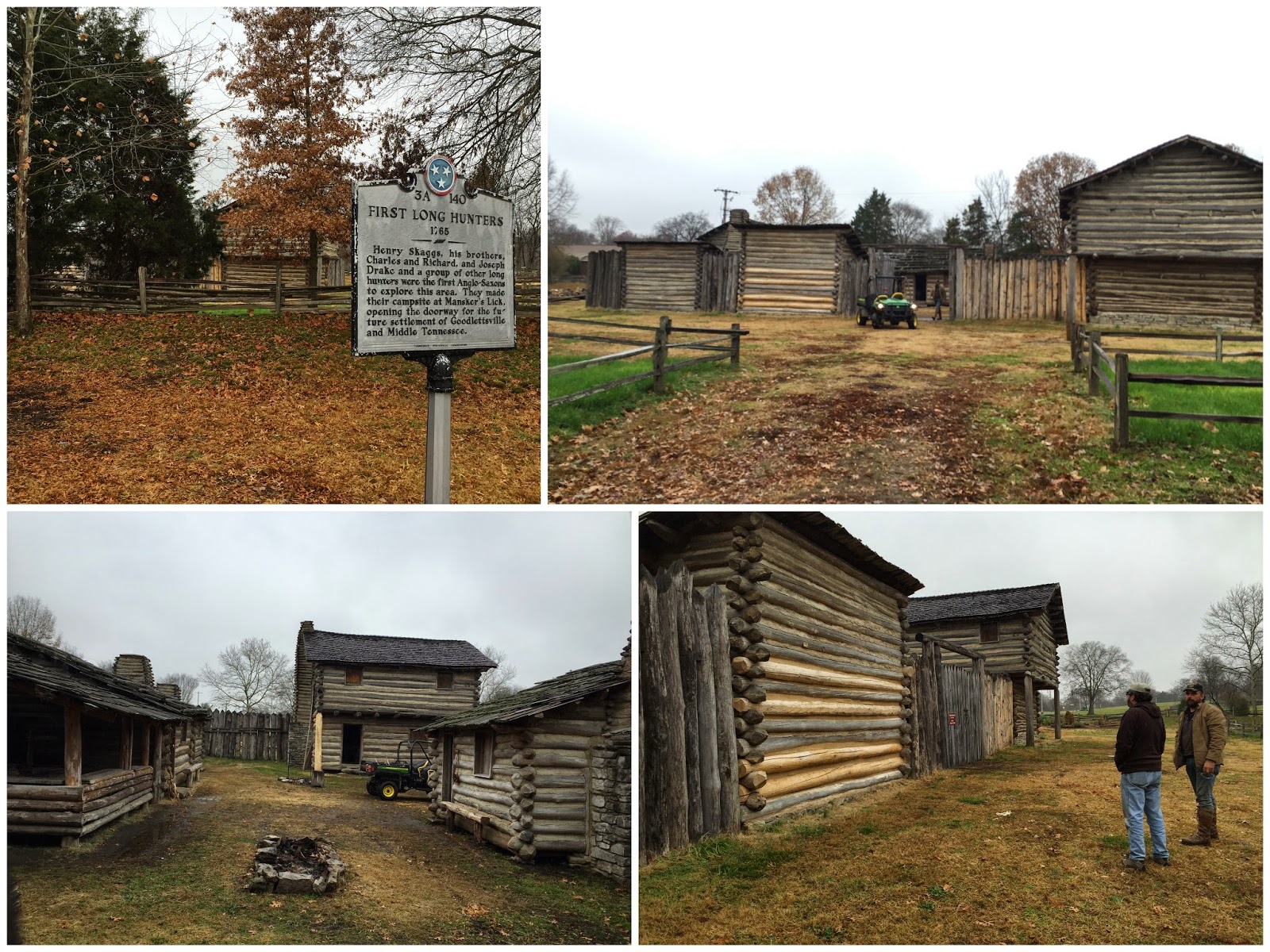 Mansker's Fort is a reproduction of the fort that was first build in 1779.  It looked quite interesting and reminded me a little bit of Fort Kent in Maine at the end of U.S. Highway 1 in Maine.

Next, we went back to the campground. Tom and I loaded his kayak back on top of his car and then got all hitched up for his departure the next day. 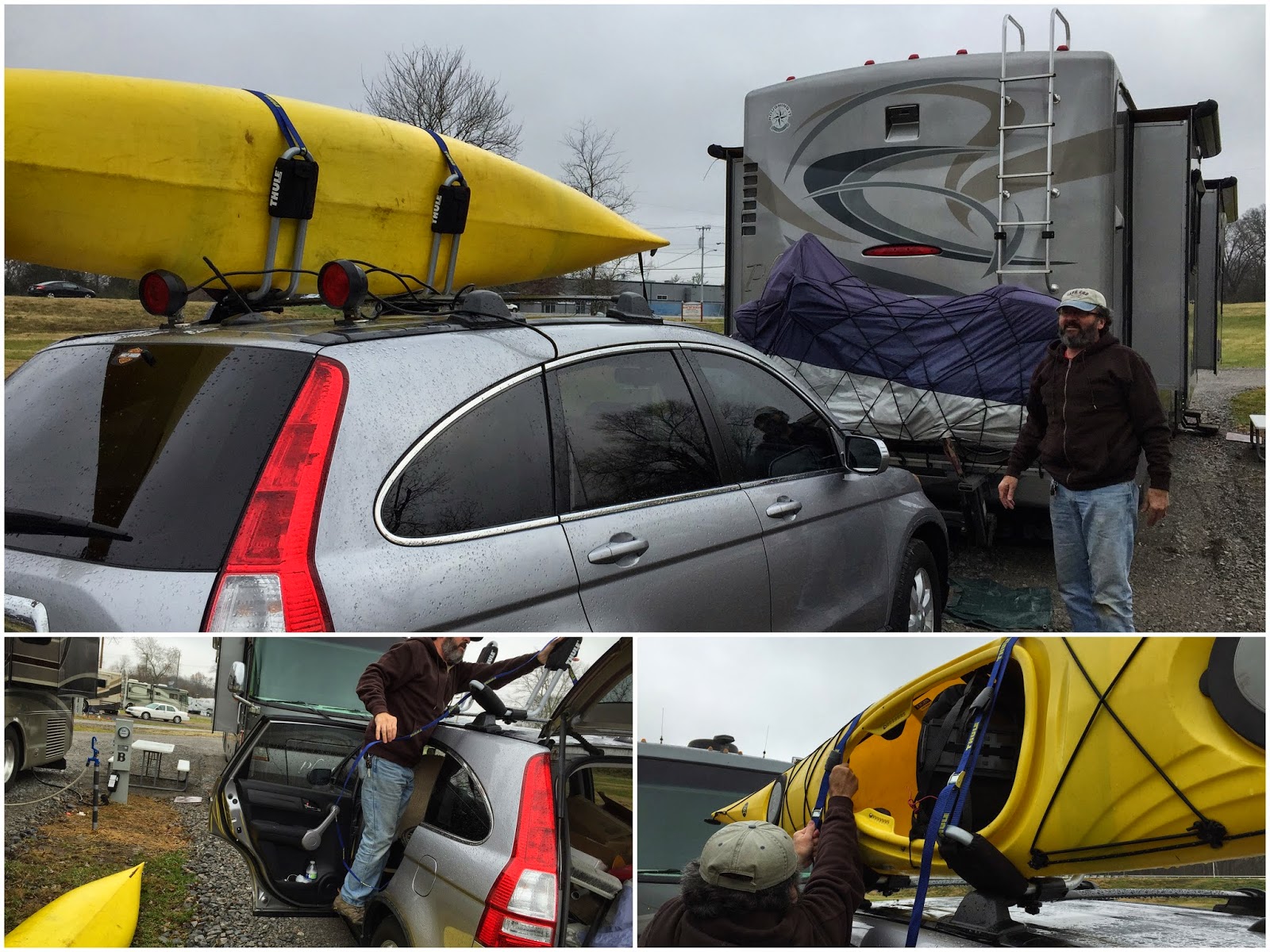 He has to line up the ball hitch and position under the Harley and rack on the back of his motor home. With two of us it was pretty easy.  Now without Cathy, he has to develop a new process. 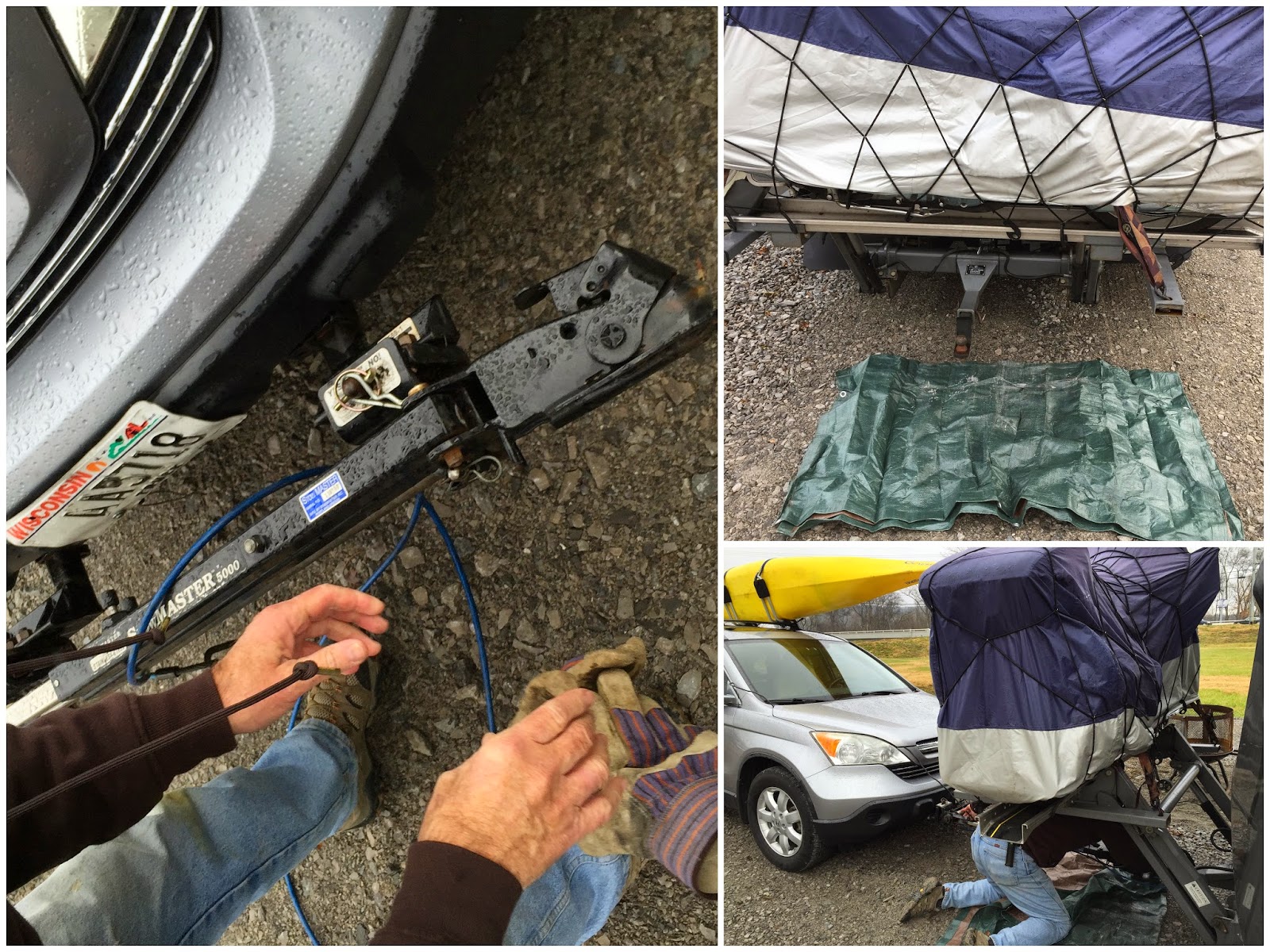 Tom got under there after I attached it and hooked up the cables just to double check.

Next, we all were off to Victor's for dinner. 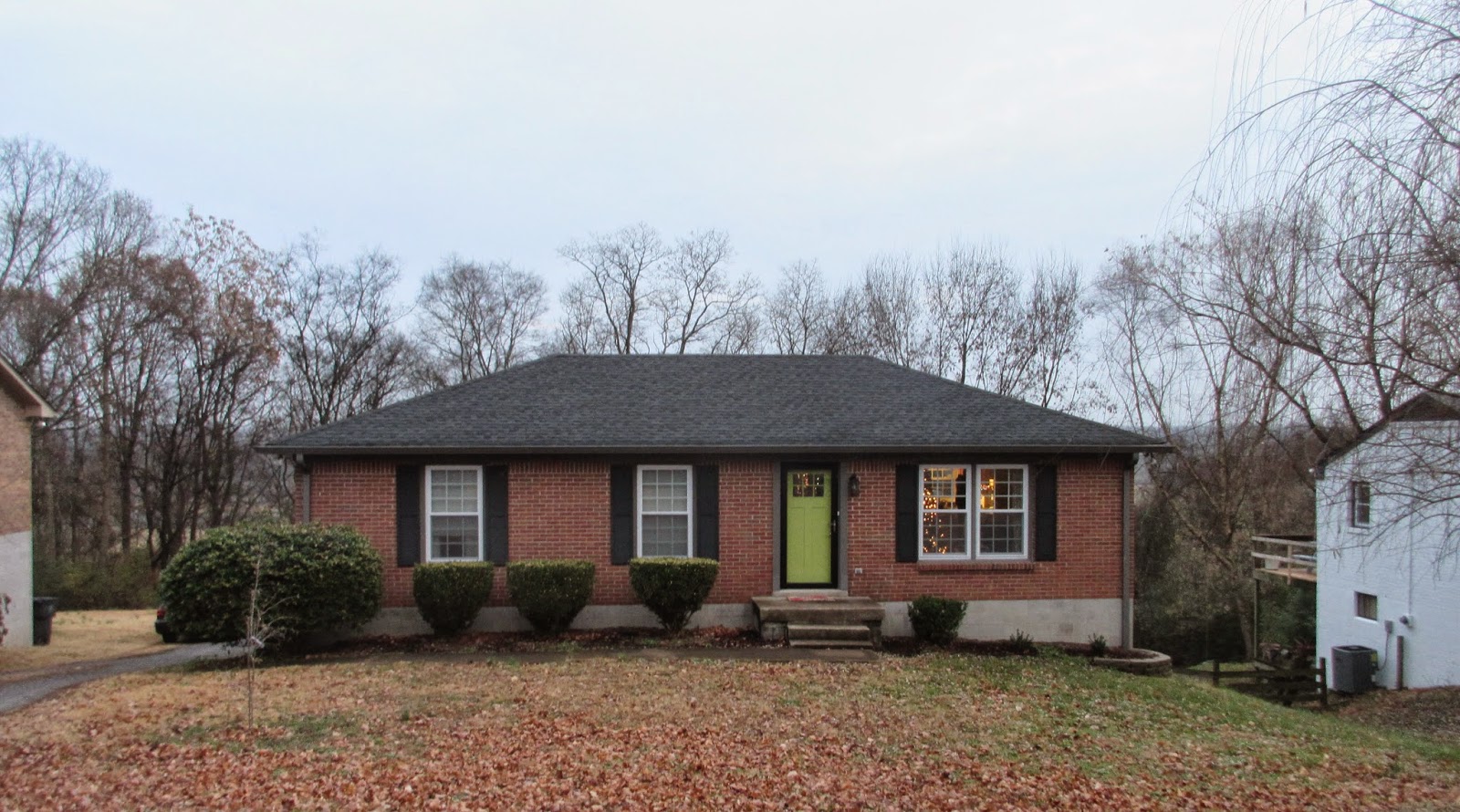 Vic has been in Nashville a few years and two years ago bought this nice place.  Over the past couple of years, Cathy and Tom and been down here and took on some fairly extensive rehab projects.
The first thing they did was knock down a wall to open up the kitchen, dining room and living room. 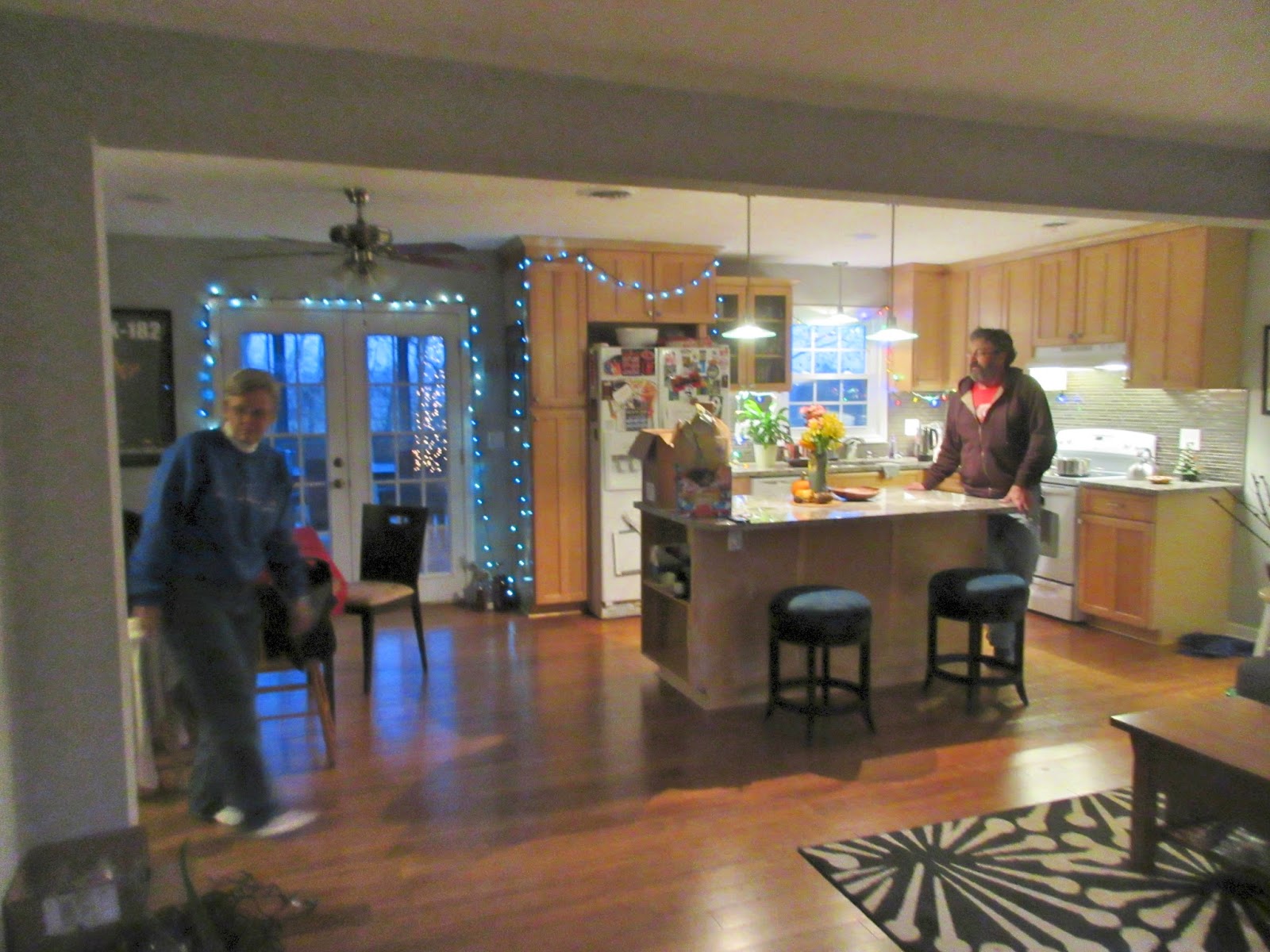 And they completely redid the kitchen with new cupboards, granite counter tops, appliances and an island. 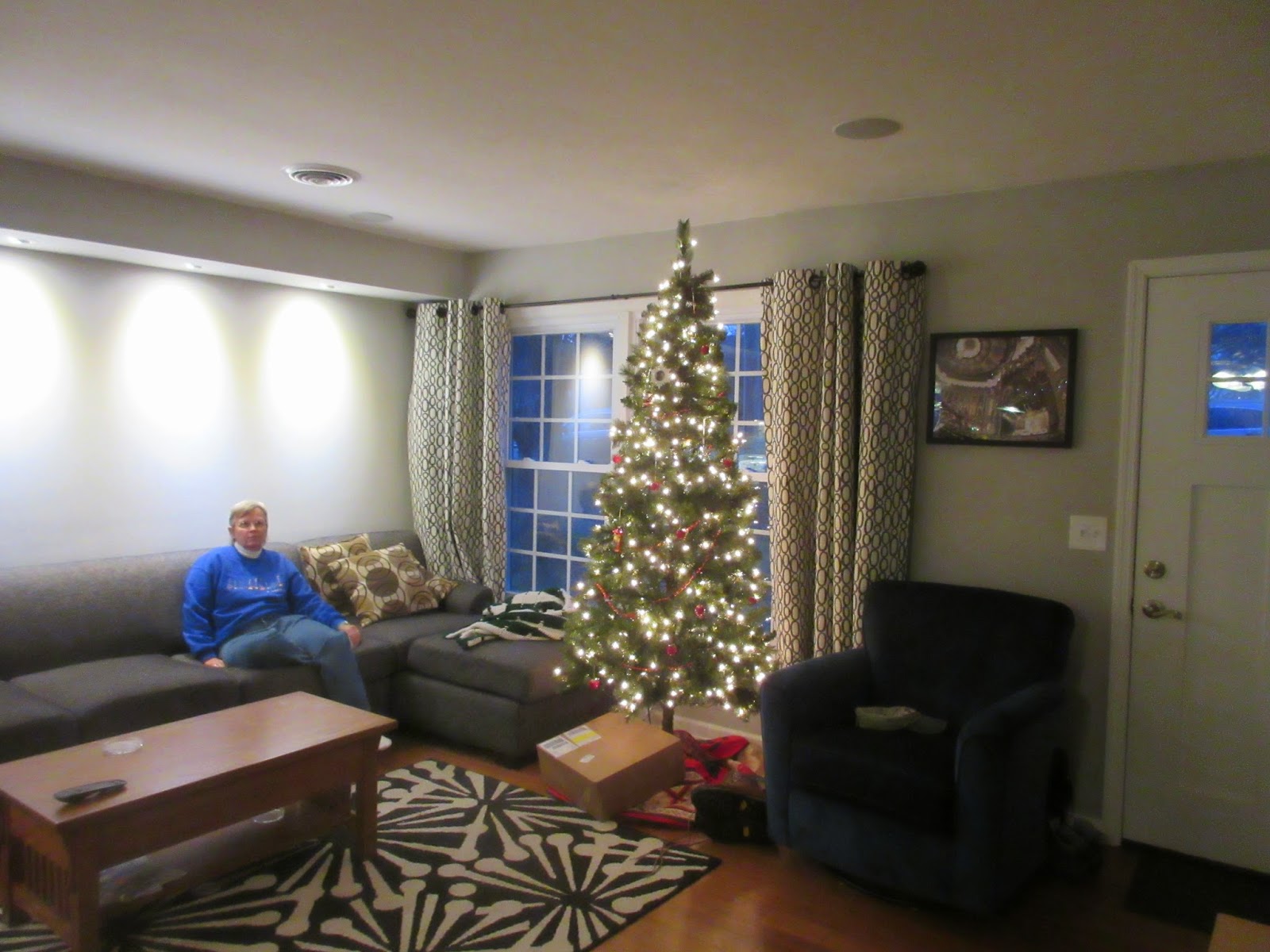 Cathy's last project was getting the long curtains done for the living room.  They did other things like build storage shelves in basement along with a workbench area and Vic had a nice-sized covered deck built.  It was all very well done.

We enjoyed the evening with friends Derrick and Danielle.  Derrick and Vic are sound engineers with Sound-Image and are often on the road with some bands.  Danielle is a cosmetology  person and has done make up for lots of folks including the San Diego Chargers. She is about to launch her own line of lip stick. 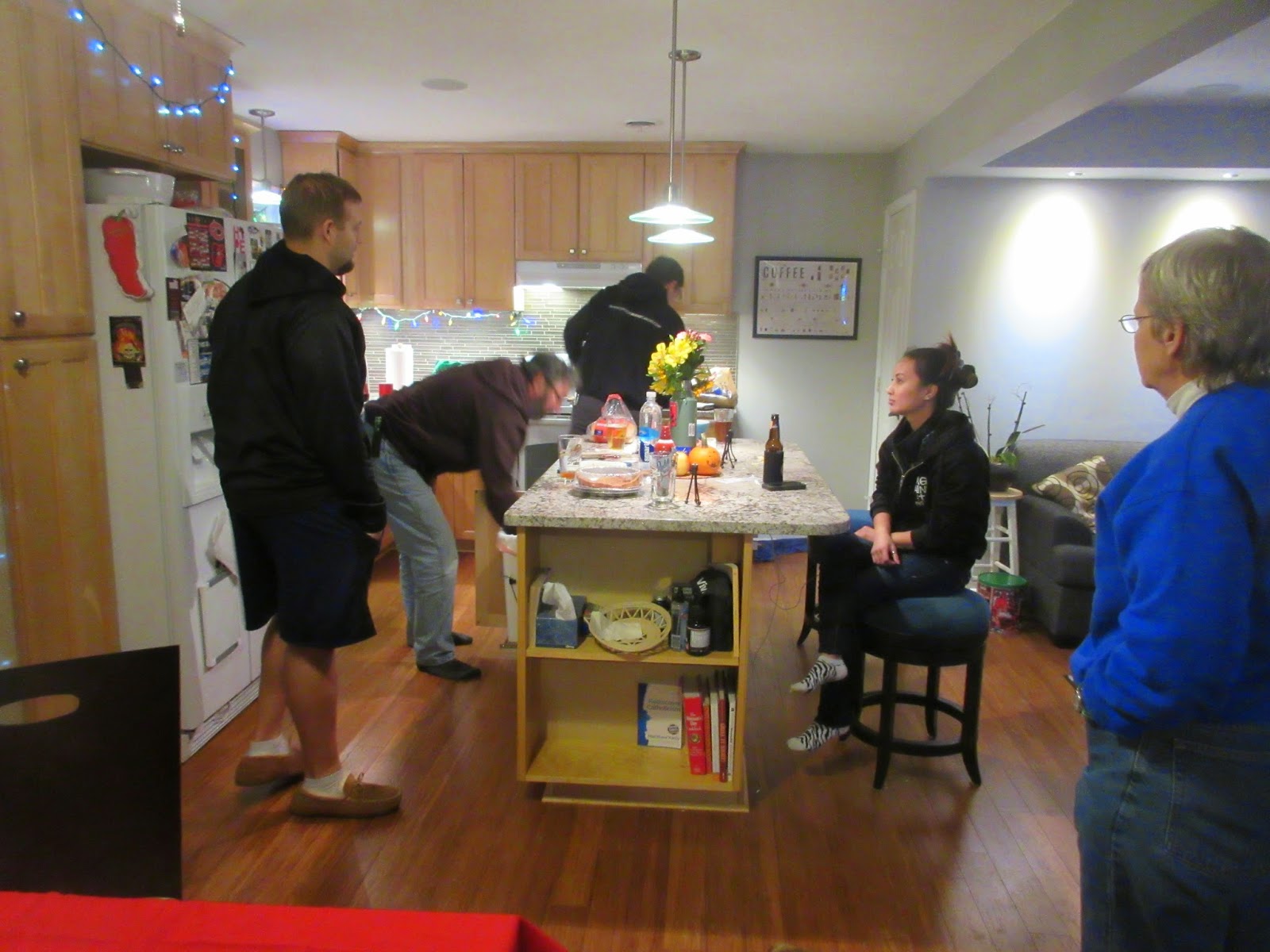 Lots of music/entertainer lines of business in Nashville.

We had a wonderful meal of brots, sauerkraut, corn, baked beans, asparagus, pumpkin pie and apple crisp.  We didn't stay too long since we were heading out in the morning.

Tom was up and at 'em and packing up about 8:00 ish.  We did the same and ended up leaving the same time.

I thought the Grand Ole Opry Resort and Market was a pretty good campground.  On a scale of 1 to 10, I'd give it a 7.  Since it was where Tom and Cathy were staying while she was getting her treatment, it was a no brainer to stay here.  Tom knew the area and property well and was going back there.   The owner, Tommy Cunningham, was out there to meet us when we arrived and there when we left. 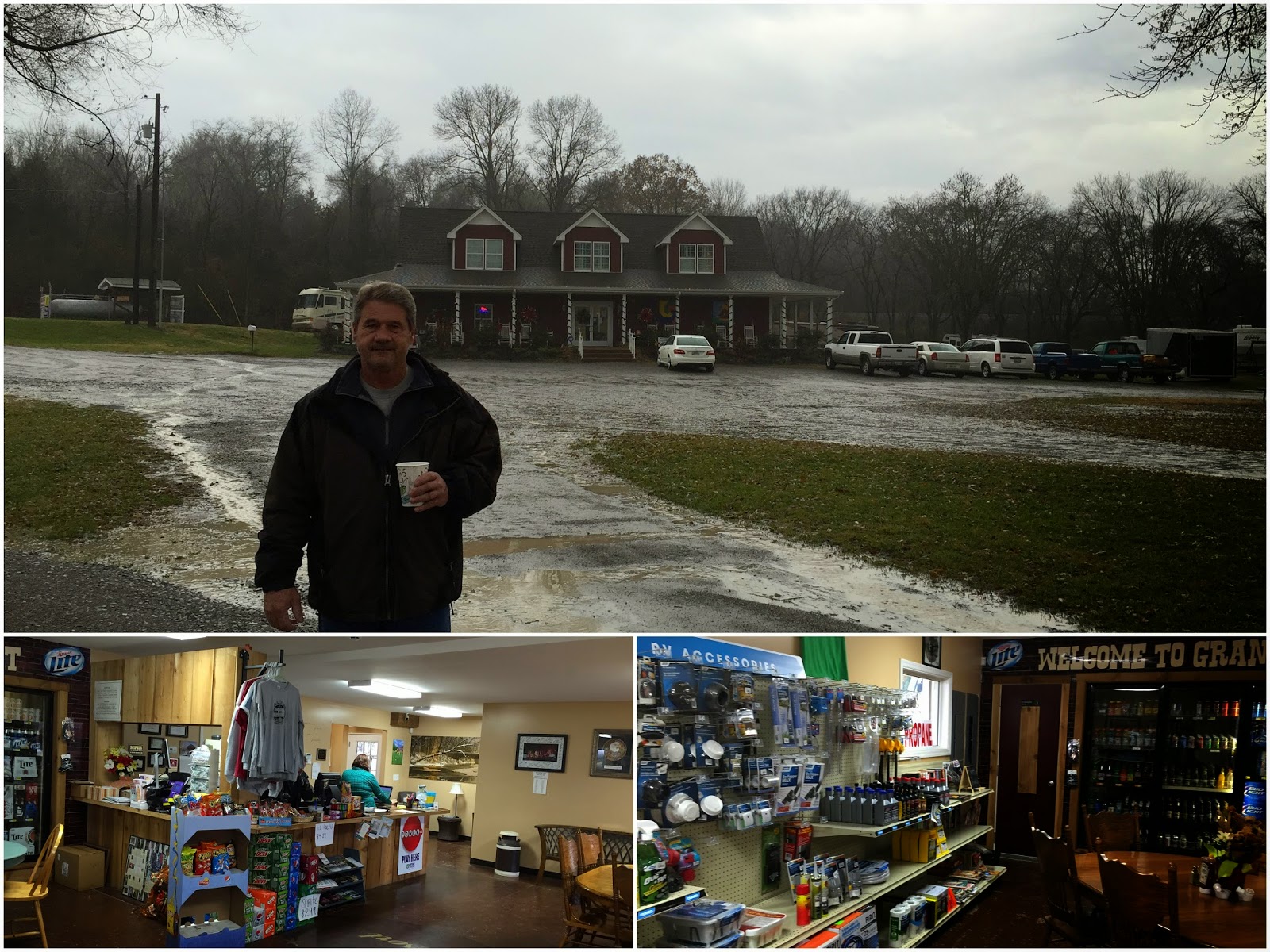 We got into a new site and had no issues.  They had recently added a lot of gravel throughout the sites and roads so the pot holes were gone.  I really appreciate that.  He also built a new office, clubhouse, market and common area.  Very nice.

We pulled out, drove down the highway about 90 minutes, successfully navigating through morning rain and Nashville traffic. 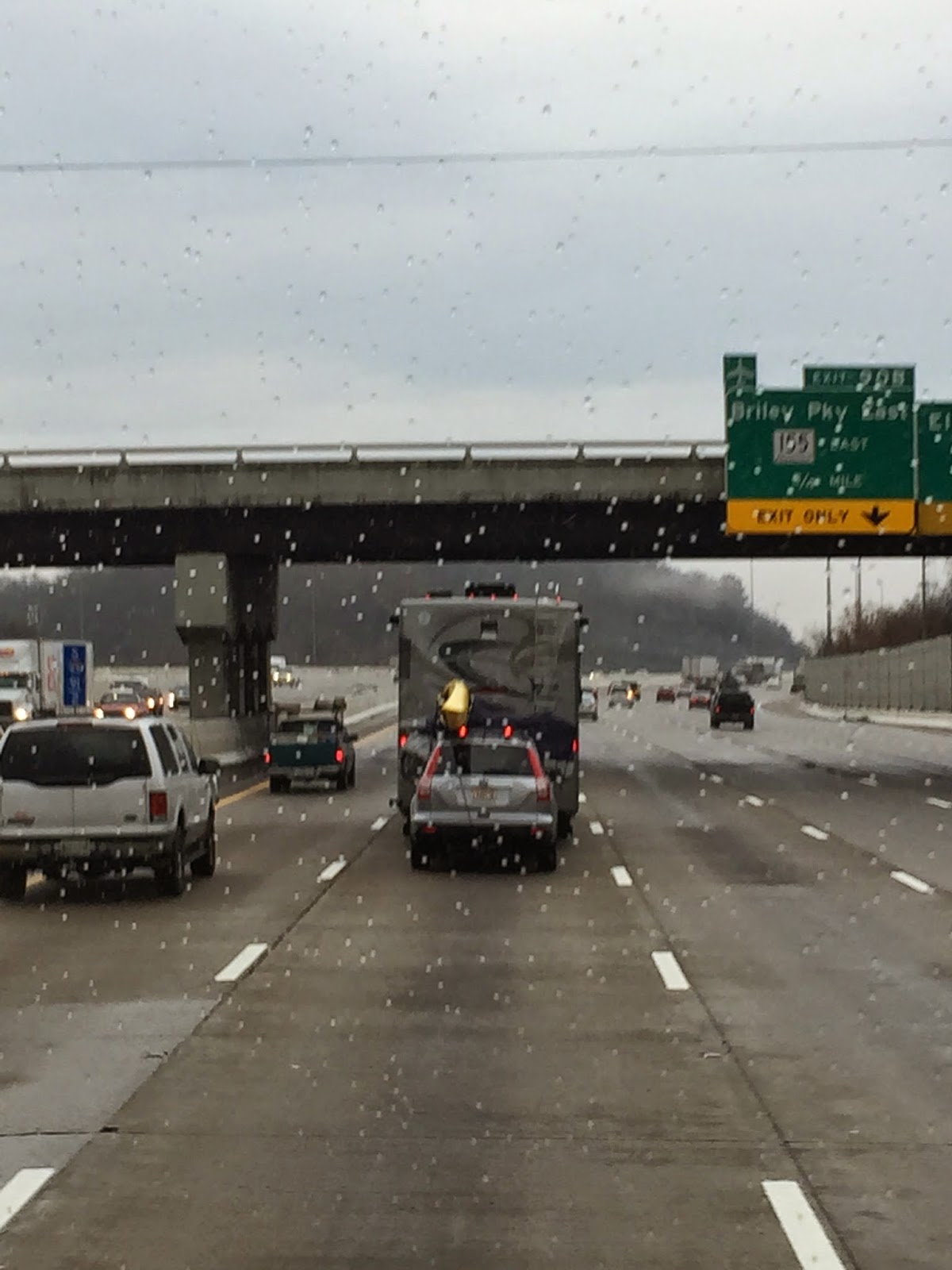 We followed him until we got to the rest stop just inside of Alabama.  We were going west over to Red Bay and he made it to Dothan AL.  He is going to spend the winter in Fort Myers, FL with good friends Bonar and Christa.

Seeing Tom was a priority for us and it worked out very well.  He is working through these days and into the chapter of his life without Cathy.  He says it is hard but it gets a little better each day.  I appreciate how he is dealing with it all and am learning all I can.  I don't know who is 'going first' but the reality is unavoidable if it's Pam, I want to go through it well.