We had a four plus hour driving yesterday and found a good overnight stop along I-20.  Pam found a park called R Vacation.  They asked for a lot of details including how long the motorhome was and where the satellite antenna was located on the coach (front-middle-back).

They wanted to be sure they put us in a spot where we could get our DirecTV working.  I found this interesting even though we have cable here.  It just stands out as an example of how some campgrounds really try to accommodate folks and we appreciate it.

We left Augusta at a fairly good hour - before 8:00 AM.  After a couple of hours, Pam drove 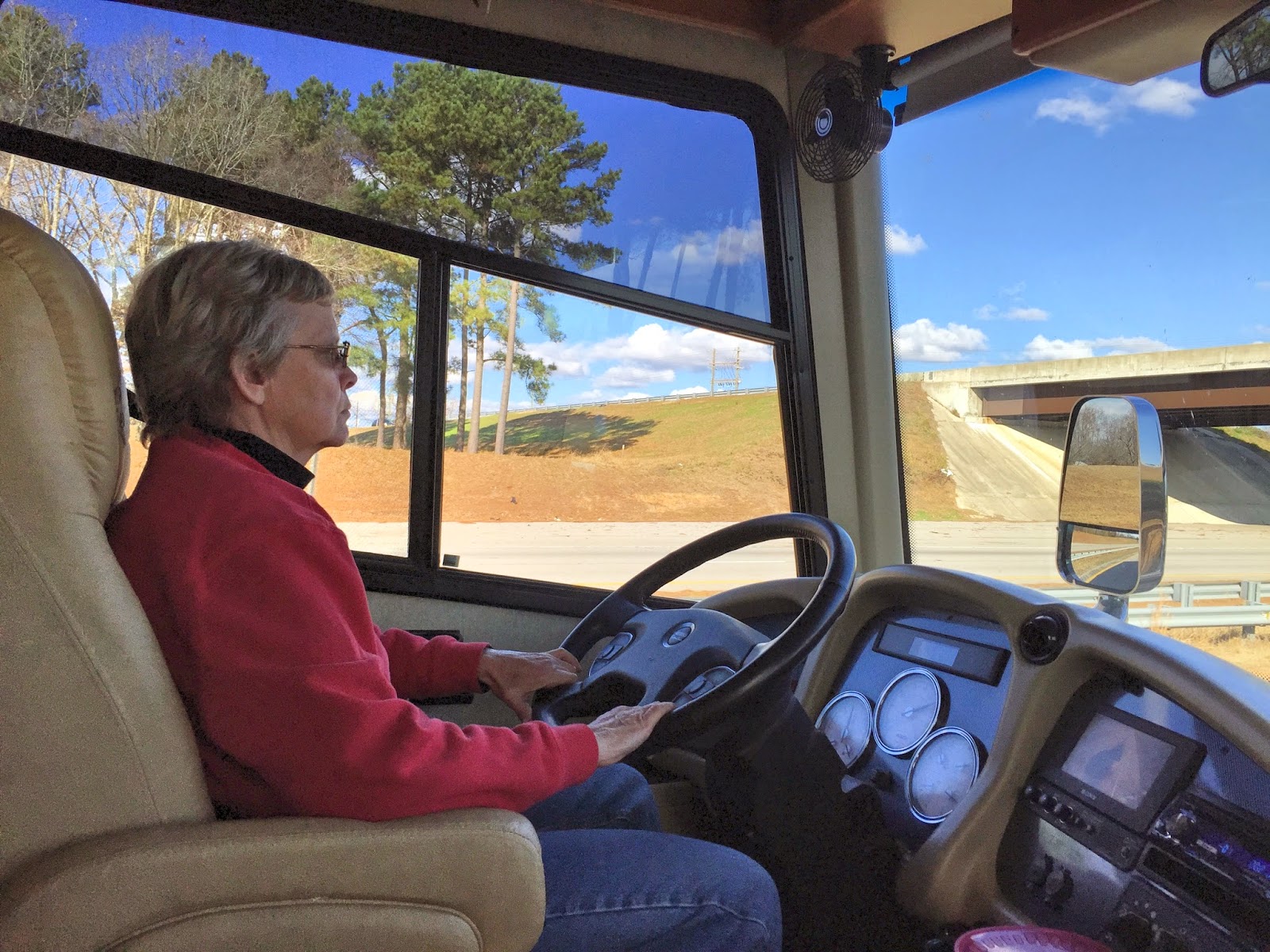 and finished up the day's trip as we pulled into Selma, NC in the early afternoon.  The person in the office was nice and friendly.  Before we got there I had remembered that we have stayed here once before.

In April of 2013, also drove from Augusta after the Masters.  From there we were also going to Virginia Beach and we stayed at this very same campground.

Amber, the young woman at the desk, looked it up and found that we were already in there system and consolidated her records.  Then we paid for the one night stay and she swiped the credit card had me sign on her iPad mini. 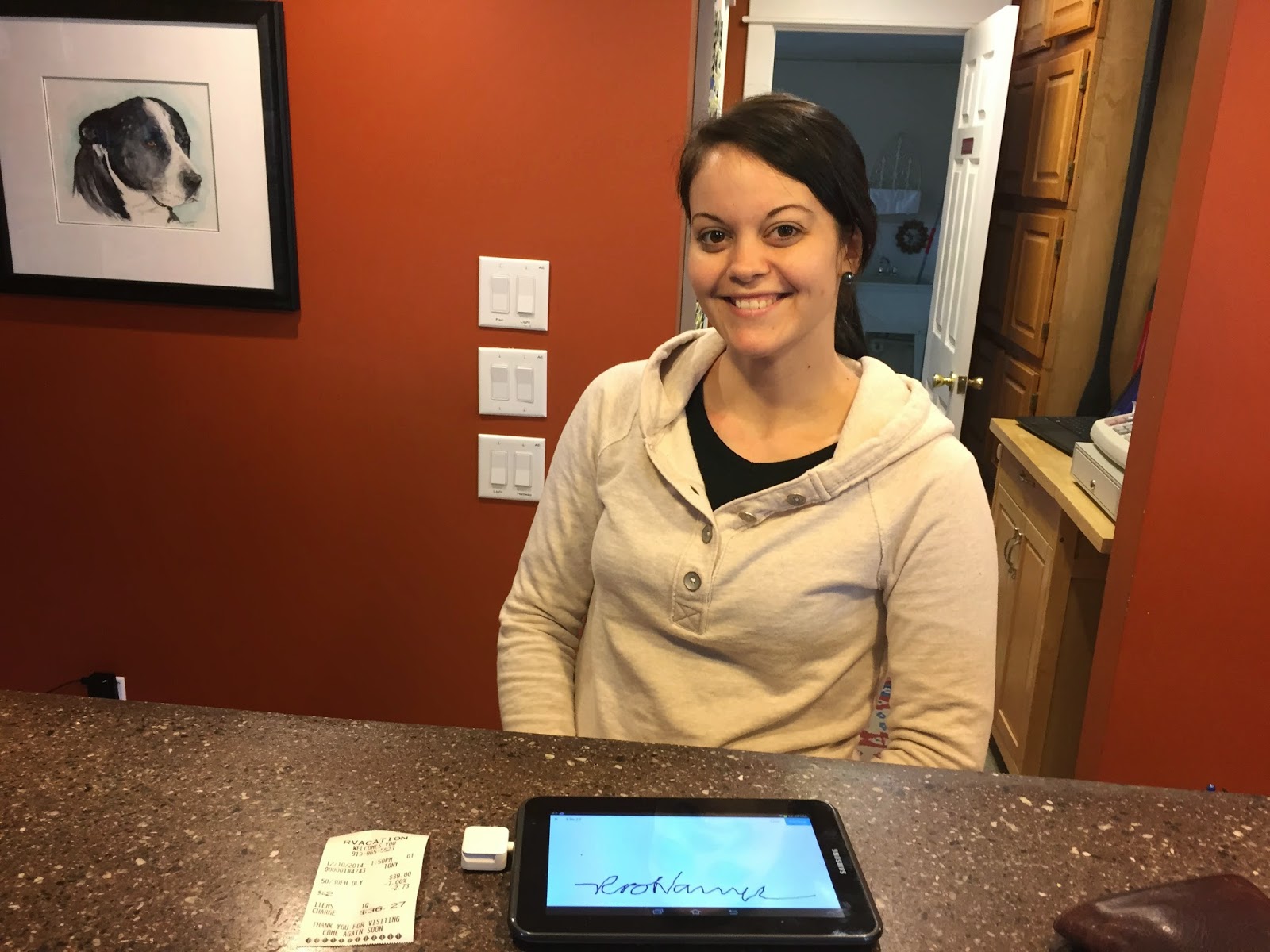 That was a first!  Never signed into a campground in that way.  Pretty high tech! 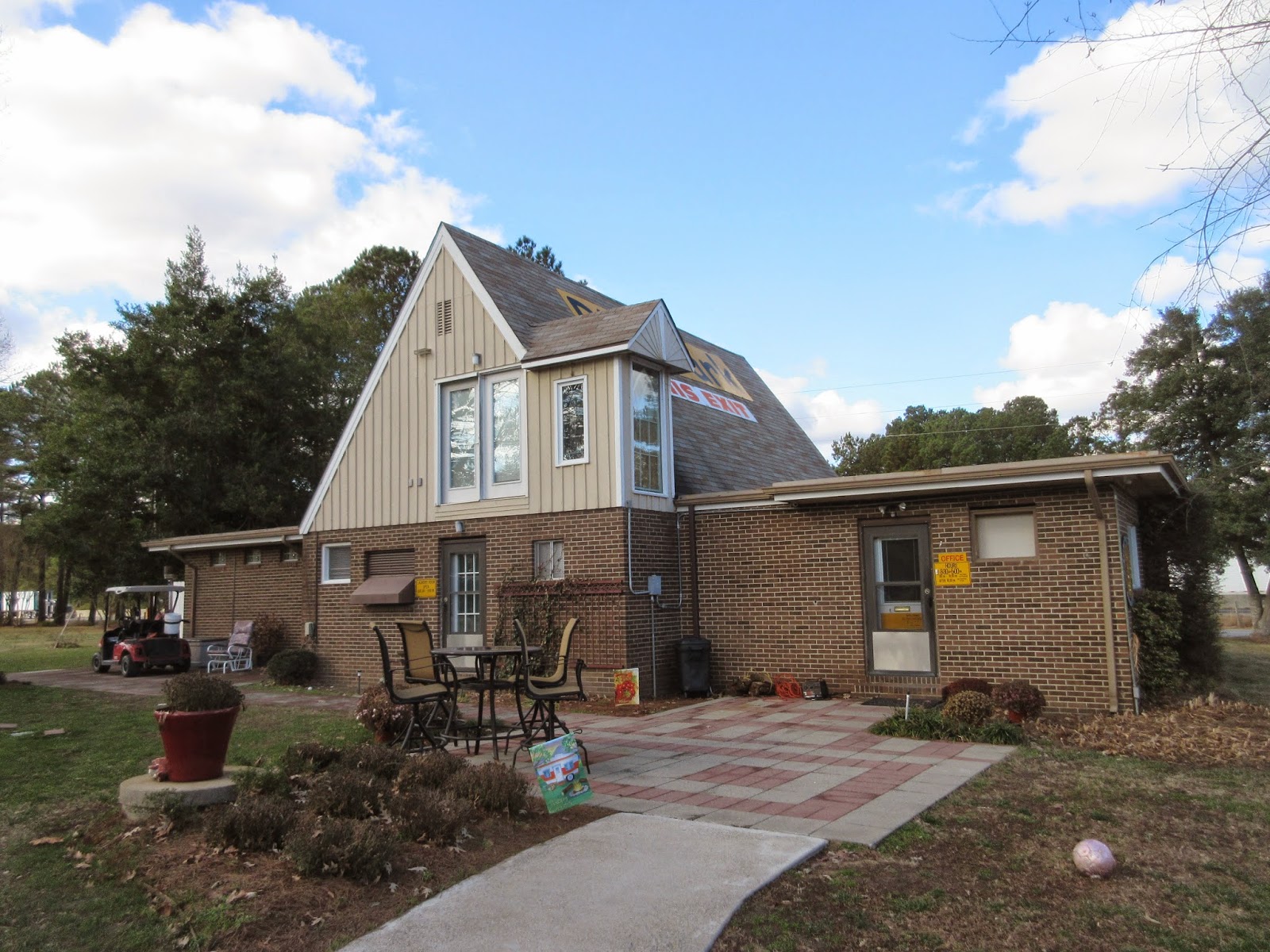 This is another solid park.  It is a modest one which is systematically being upgraded.  Right now they are building a new clubhouse next to the swimming pool.  The roads are gravel and there are no pot holes.  The sites are level and the trees are trimmed so they don't gauge the side of the motor home.  It is open and easy to drive through the campground.  We'd stay here again.

We made it over to our site and set up.  It was supposed to get real cold again so we didn't bother to hook up the hose or connect the sewer.  While I was doing that I got to meet our next door neighbor John.  He's from the Boston area and had his new 2015 Newmar Ventana only a few weeks.  His battery on his Hyundai tow car had died a couple of times and he wondered if it was normal.

I told him that happened to us quite a few times before we finally figured out we need to pull the radio fuse each time we tow our Honda CRV.  We also have a set of 20' jumper cables we have used and a $30 battery charger we picked up at Walmart to jump the car.

We rested for a while, over to the outlet stores and got a call from long-time Albuquerque friends Bub and Winnie that they were already at the restaurant.  They were nice enough to get in touch with us last week when we indicated our intentions of heading to Virgina Beach.  We stopped here for the night since it was not too far from where they now live.

It was nice to see our friends again.  They have made some big changes since we saw them last in Mesa, AZ.  They are both now retired have done some traveling on the West Coast and North West before re-located over here to be closer to their daughter.

We don't mind being on the road but one downside is that sometimes friends get in touch but we have already left the area before we have a chance to say 'hi'.  Such was the case in Augusta when Paul (R Sanity RV Adventures) had a shout out and inquired about getting together.

It was one of those rare occasions when we had plans to meet up with our friends Bub and Winnie here last night.  We would have loved to work out something but we were already down the road when we got the note.  We've haven't met Paul and Marti yet but look forward to that one day.

That's how we spent our Wednesday in the Roadrunner traveling down the highway.  It was a very cool brisk day but we are getting the hang of long sleeve T-shirts, sweatshirts and keeping warm.

Email ThisBlogThis!Share to TwitterShare to FacebookShare to Pinterest
Labels: friends, GA, NC, on the road, traveling