Congratulations to the New Orleans Saints and Who Dat Nation!  They played a great game and really made it exciting.  Especially with a second half opening kickoff surprise.  They just kept coming and were too much for Peyton Manning and the Colts.
We had the chance to drive a couple hours up the road and meet our friends Bub and Winnie at their church in Maricopa, Arizona.  It is west of Casa Grande and a two hour ride from our Agave Gulch campground at Davis-Monthan AFB in Tucson.
When we started out about 7:15 it was cloudy, cold and rainy. 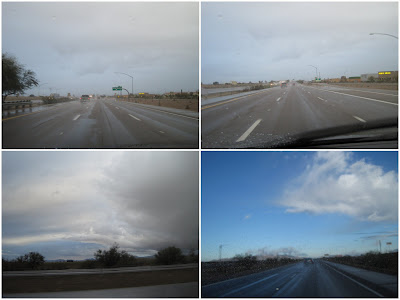 About 60 miles and an hour later north of Tucson, it began to clear up and was a nice day.
They worship at the 'Church of Celebration' which meets in a Junior High School gymnasium.  It is a relatively new church and has about 600 members. 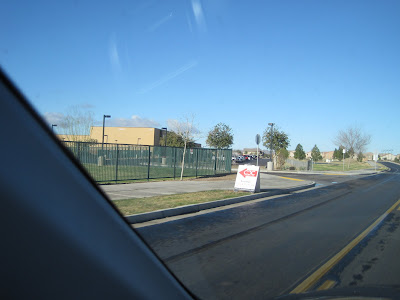 Today was the first Sunday in their new facility.  We had a little trouble finding the place and were late. 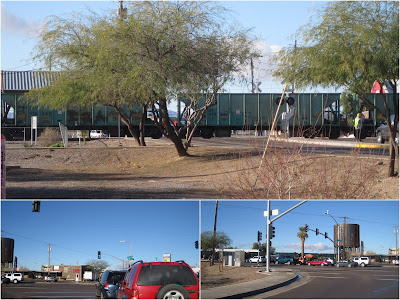 Plus, we ended up on the wrong side of the tracks about a mile from the school when we had to wait out a train that was passing through town.  The trains out west are often loooong ones.  This was over a mile long.
Bub was waiting for us and we made it in time to catch a few songs before the preaching started.  Josh, the pastor  gave a message entitled, 'Whose Team Are You On' which was a call to personal integrity and purity and a challenge to read more of the Bible (the New Testament in particular) in the next 90 days.  It was good, I am glad we got to attend.
After church, we drove by their home in the area.  In the last 10 years, Maricopa has grown up out of a sleep little farming and industrial town, to over 40,000 people with at least three very large subdivisions.  Many folks from Phoenix commute out to this area.  We drove to nearby
Chandler for lunch.
I used to come to Chandler back in the early 1970's when I was a freshmen at Arizona State University in Tempe, but I literally don't recognize the place.  It has changed so much.
We found the restaurant (Buca di Peppo) an had a very nice lunch and spent a good while eating and catching up.  Before we were taken to our table, the hostess took us through the kitchen which she said she does with all her guests. 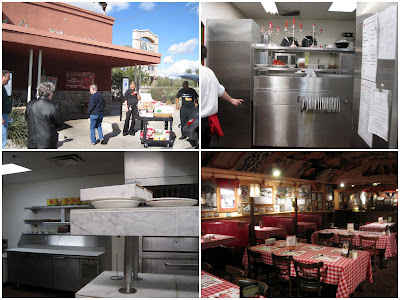 That was a different twist.  It looked a lot like a restuarant kitchen to me...  I have never had that happen before.
As a momento we had our picture taken. 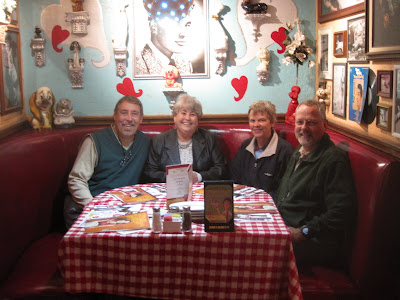 Later, the staff  arrived with a large complementary cupcake and sang to us since Winnie is having a birthday this month. 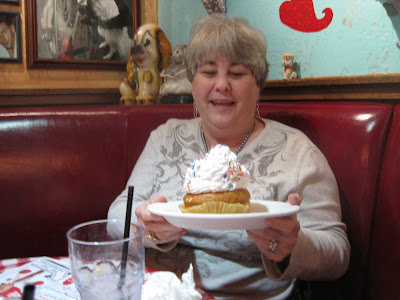 Years ago, we all attended Grace Church in Albuquerque and Bub and I played on the church softball team together.  That was when Pam and I lived there from 1988-1992 while I was stationed at Kirkland AFB in the USAF.
After lunch, we decided to head back to Tucson to see the game and it was an exciting one.  I always pull for Peyton Manning but am also a fan of Drew Brees, Sean Peyton, Greg Williams and backup quarterback Mark Brunnell.  Like I said, they played a great game and clearly deserved to win this one.  Congrats to them and their city and fans!
We watched a new show- Undercover Boss- and then went to bed early.  Hope you all have a good week.
Thanks for viewing the Roadrunner Chronicles.  And we'd love to hear from you-- drop us a note and/or add a comment!
Posted by Roadrunner Chronicles at 7:07 AM