Adam returned to the States last week from India.  He flew into New York and is staying with friends.  We will see him in Fairfax, VA later this week for Thanksgiving and he wanted to have his car.  So we drove to Maynardville, TN last Thursday to pick it up and drive it back to Virginia.

This is our last planned trip to see Mike and Joan for a while and we are going to miss them sorely.  We love going there and spending time with them.

Since we had nothing planned, I took the time to look up the local Habitat for Humanity affiliate in Knoxville.   I was thinking the next time we are in town, we will volunteer there and see what it is like in Knoxville.

I found the volunteer coordinator online and sent a message.  Trinity indicated which days which crews do their work.  They are organized with the following crews:


She also passed along the point-of-contact/lead for each crew and the time and place where they do their work each week.  Not every affiliate has enough people or expertise to have crews like this and it was interesting to see this. 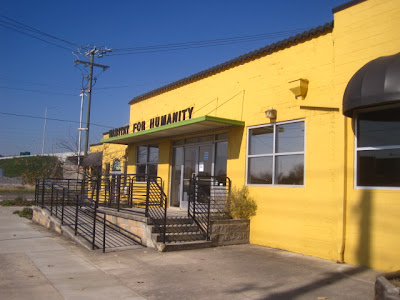 The Habitat offices, warehouse and ReStore are all co-located in a fairly large building in an older part of downtown Knoxville. 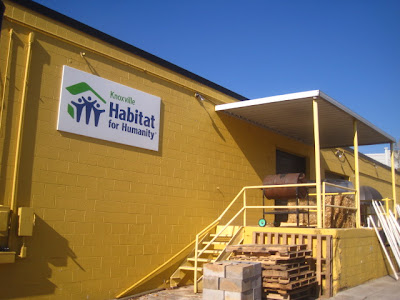 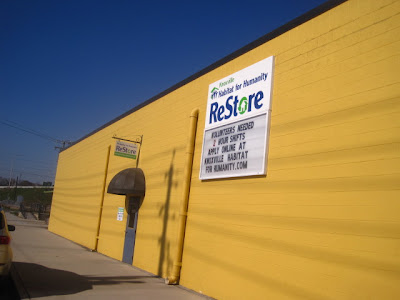 I went inside and was immediately greeted by the Volunteer Coordinator, Trinity (red shirt).  She and Karen agreed to a picture. 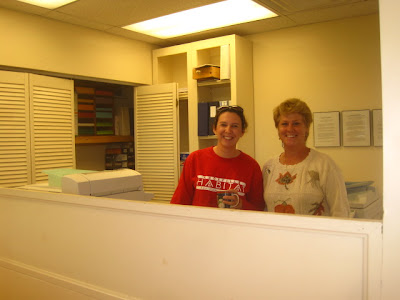 After introducing myself and indicating our interest in volunteering, Trinity gave me a tour of the facility.
We met another volunteer (forgot his name) who works in the same office as the director. 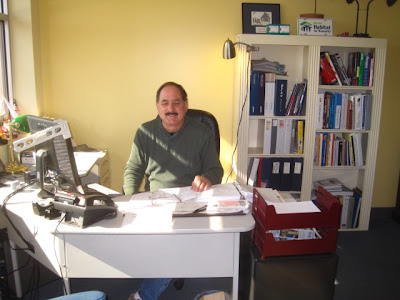 I counted 11 homes they are tracking on their wall board. 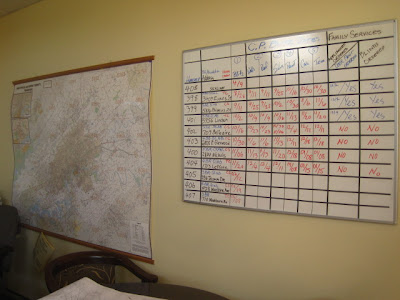 Back in the warehouse, I saw pre-built storage sheds built by the carpentry crew that are placed at homes that need them. 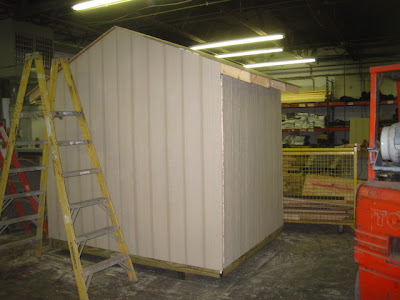 They also pre-build walls and support sections of walls there at the warehouse. 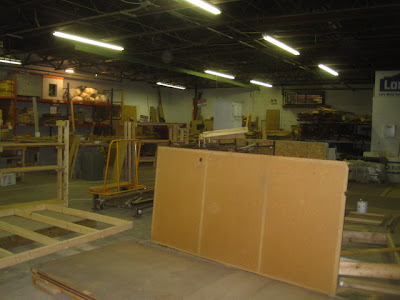 Next, I met Rick who also is a volunteer and has been working with Habitat in Knoxville for years.  He is also a former full-time RVer for 6 years so we talked for a few minutes. 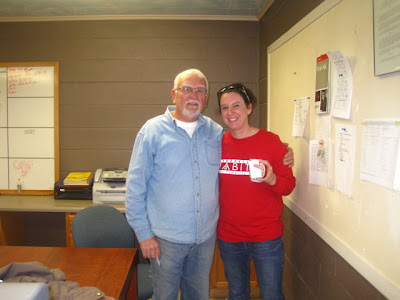 One thing I noticed about the Knoxville Habitat building and grounds:  It was very well organized.  I looked around at the offices and warehouse and the ReStore and it all was orderly and well taken care of.  They had a lot of stuff and a number of offices and it was the type of place that looked like a well run operation.
And it is getting the job done.  Habitat for Humanity in Knoxville 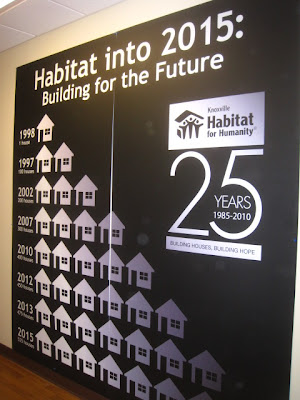 has been around for 25 years and they are completing their 400th house!  What a milestone!
Trinity was great and showed off their operation well.  I looked at it with an eye similar to how I look at a mechanic's garage:  it was clean, orderly and well organized and I want to do business with them.  They definitely look like they know what they are doing and I'd like to be a part of it during our next stop in Maynardville, TN.  We will plan on it!
So if you are interested in working with Habitat for Humanity near you, I'd recommend stopping by your local affiliate and checking it out.  Or Google it and find the 'Volunteer' button 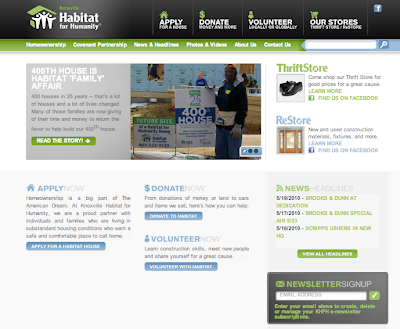 on the screen.  You will probably find it to be an interesting experience and a lot of fun!
That is it for this Monday's edition of the Roadrunner Chronicles.  Hope you have a great Thanksgiving week and Be Safe if you are traveling!  Thanks for stopping by!
Posted by Roadrunner Chronicles at 5:16 AM