On Sunday we were able to go out to the Navy base and get a tour of the USS Montpelier.  The submarine is a fast attack sub in the Los Angeles class.  It is the third ship in the US Navy to be named after Montpelier, Vermont.  It has 12 officers and 98 sailors assigned.  It was launched in August 1991 and commissioned in March 1993.

When we arrived we watched some of the sailors painting the outside of the sub down to the water level.  We found out later that there is going to be a change of command on the boat later in the month and the sailors are getting it in tip top shape. 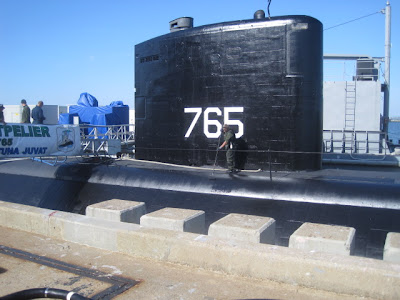 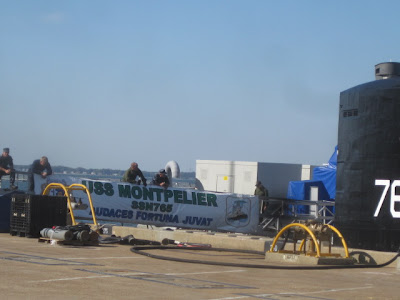 Sunday is a good day to tour the boat because it is a relatively slow day and they had a minimum crew on board.  We were met by our escort Lt j.g. Jake Montoya.  He has been in the Navy 3 years. 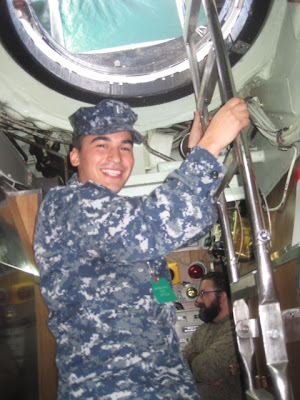 After I went down the hatch, Pam handed me the camera and I got a couple of shots of Nikkos and Kelly joining me.  Pam declined to have her photo taken of her entry into the submarine. 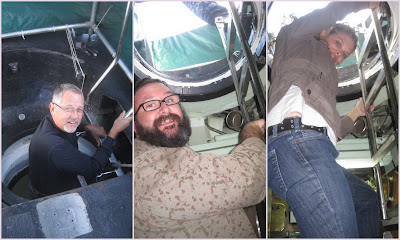 The submarine is tight quarters as you would expect.  Also it has a myriad of systems and switches and buttons all of which are a bit overwhelming. 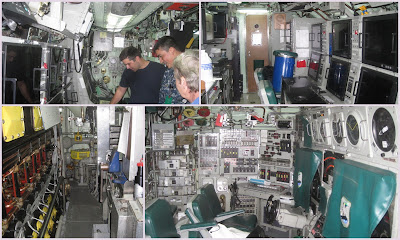 While some sailors were painting the boat on the outsider, some cleaning and painting was going on inside.  I never heard of Blue Thunder but it was working well. 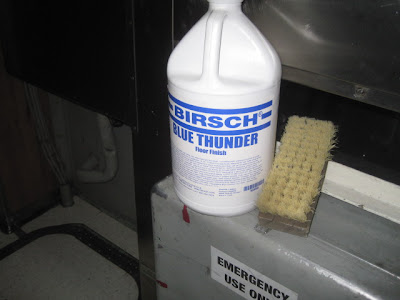 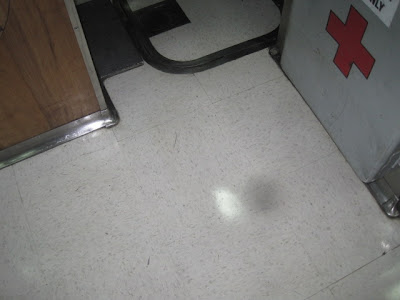 The berths give new meaning to the term close quarters.  This closet is actually bed space for nine sailors. 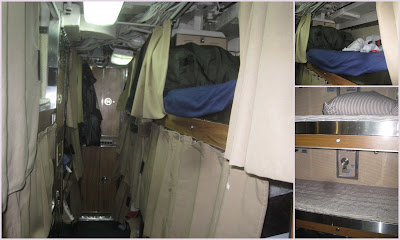 We toured the officer mess and the larger galley for the enlisted personnel.  The Redskins game was on. They can get TV while plugged into shore power but lose it after they get underway.  We also saw the kitchen area.  On Friday they had steak and shrimp for dinner.  I don't think that is on the menu every week. 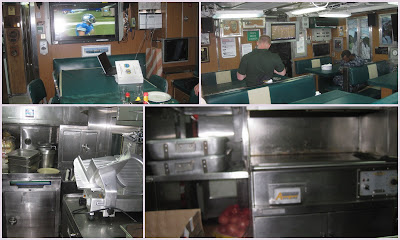 Lt Montoya is an engineer and he did a great job of giving us a sense of what they do.  It was a real privilege to be able to get onboard and see the inside. 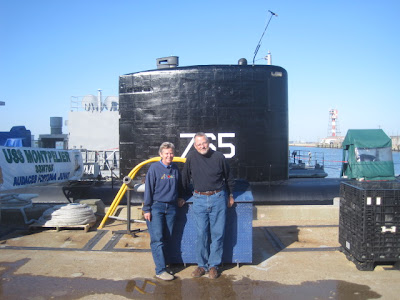 Afterwards we got a photo.  I admire those sailors for what their service.  Aside from being deployed months at a time often during their career, they have challenging conditions to work under.  My hat is off to them!

Monday I got up in time to snap another sunrise on the beach near our campground. 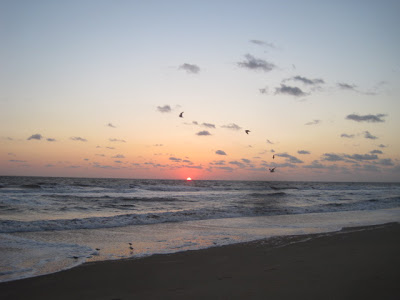