We arrived at friends Jeff and Tiffany's Wednesday night in time to catch the girls softball game. 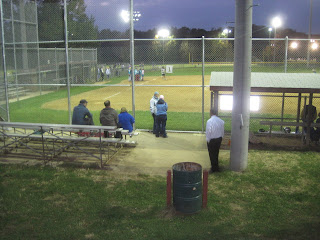 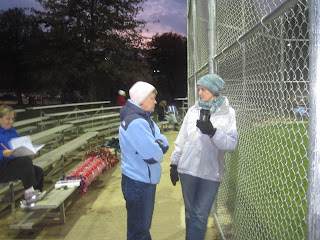 Emily and Lauren are ten and have been playing softball a couple of years.  This was one of the last games of the season.  Jeff is one of the coaches Emily was catcher for a couple of innings 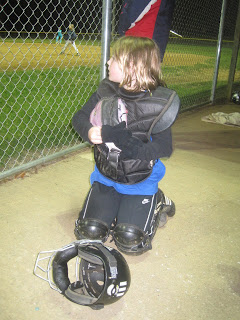 Here is Lauren at bat before she got on base. 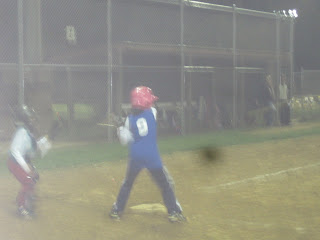 It was fun watching them play softball.
Later in the week, on Friday night, we went to go see the High School production of Little Women.
We gathered in the hallway and chatted with their neighbors who were also at the play. 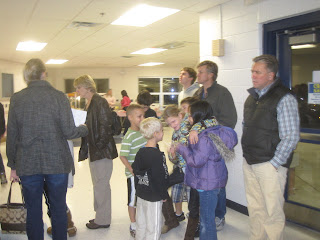 The play itself was long - about 2 1/2 hours.  But everyone enjoyed it and the kids on stage and in the orchestra did a really good job. 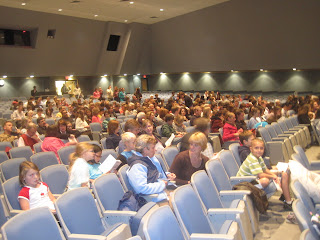 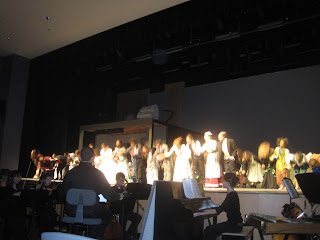 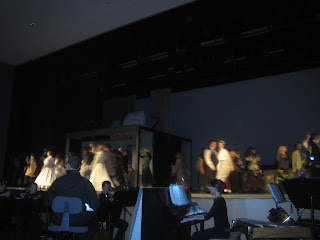 It was quite impressive and a real highlight of the weekend.

On Saturday morning Tiffany and I were up and out the door to run around Burke Lake with my friend Gil. 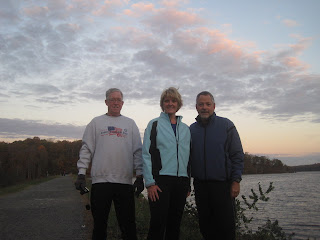 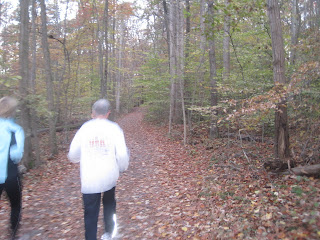 After our invigorating run around Burke Lake, we came back for breakfast.  Pam and I ran an errand at the IKEA store in Potomac Mills, then met everyone at Caleb's playoff football game in Vienna.  Pam and I are not used to the cool weather yet and were bundled up. 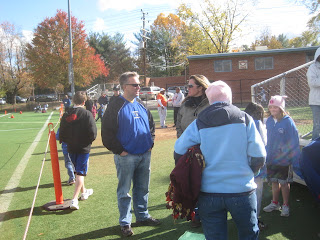 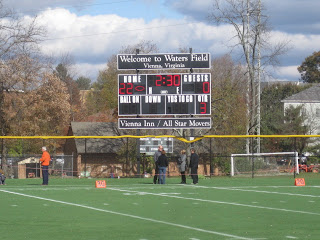 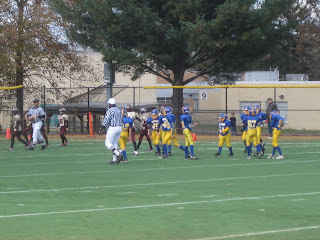 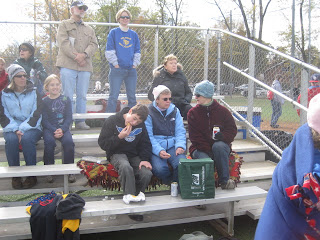 Tiffany and Pam are in the stands and I caught Aaron while he was eating his hot dog for lunch...
Caleb's team took care of the opposition 35 - 0.  Don't know what happened to them.  They were the only team to beat Caleb's team earlier in the year. 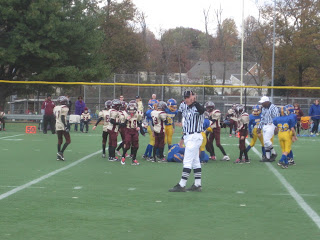 Saturday afternoon we went back to their place and took it easy.  They kids all had friends over and played downstairs or outside for the rest of the day.

Pam and I met with friends Ron and Gerry at church.  Then we went out to dinner and got caught up on the last 18 months since we have seen them.  Good times.

We have had a great time here in Fairfax the last few days and will be returning to Virginia Beach later this morning.