We have been busy seeing friends in Fairfax as you might suppose.  Before we started full-timing in May 2009, this was home.

On Friday evening, we went to see Caleb (#80) at football practice. 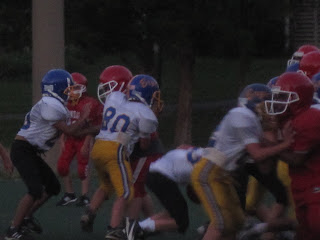 It is his first year playing and it was an interesting evening.  Most of the kids are new to the sport and learning a lot.  They had about 8 teams practicing on the field running scrimmages. 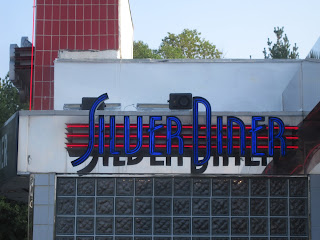 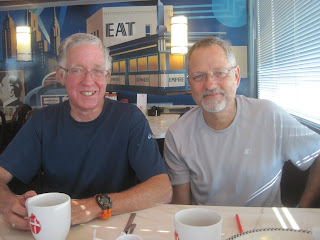 Afterwards we went over to Silver Diner for some pecan pancakes.  Yum!  In the last couple of years Gil has become a very good friend and an inspiration to run and try to stay fit.

Later, Pam and I went over to see John and Gill who were our next door neighbors.  They moved into the neighborhood in 1994 and we moved into it in 1995.  It was great to sit on their back deck and catch up.

Next, we went out to Wegman's for lunch.  To our surprise they were selling and cooking Hatch green chiles. 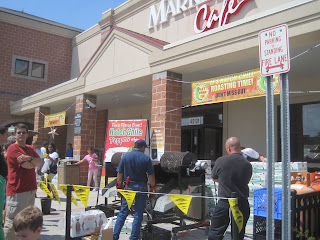 Hatch green chile is famous for growing in Hatch, New Mexico.  The fall is the harvest season and something we bought every year when we lived in Albuquerque.
Then it was on to Sam's Club and WalMart at Dulles to pick up a fireproof document box for the Roadrunner.

Next, we called Don and Rita who were at the pool and they invited us to stop by so we did. 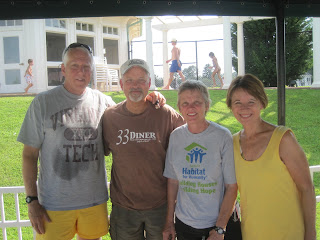 It was another great time of fellowship for a couple of hours.

After that we went back to Royce's, showered and met folks for dinner at Sakura's. 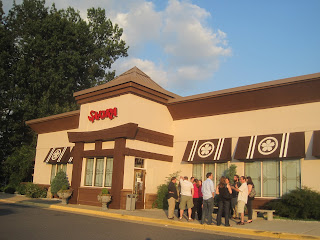 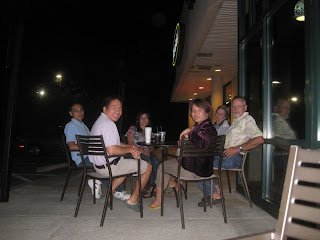 Anh and David, Lan and Duey are friends from long ago.  For the last few years, we had gotten into the habit of going out to dinner every few months, so it was nice to do that again.  After dinner we talked outside of a nearby Starbucks.

Sunday it was seeing more friends.  We went to Mclean Bible Church and then over to Anh and David's house to see some major remodeling they had started 18 months ago.

Next, we were invited to John and Jayne's for a mid afternoon Sunday meal.  It was great!  We saw Dene and Maya and her friend John and all had a good time hearing about life for them the last year.

Whew ~ we returned to the Royce's and watched some TV before turning in.

It was a busy weekend with friends and good to see folks.