Meghan's only brother Brad and his fiance Christine got married on Friday last week.  We were invited back in March and we wanted to be sure and be there if any way possible.  It was and we were.
They were married at Brigden, Ontario and had the reception at the very nice Golf and Curling Club in Sarnia.

We arrived in Port Huron the night before and went through Customs and on to our campsite right near Cracker Barrel. 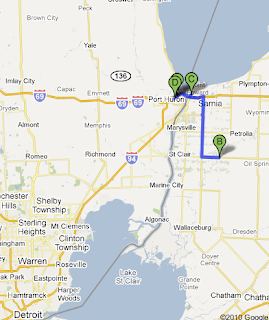 We drove over to Brigden in plenty of time for the service at the United Church. 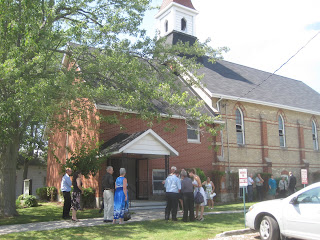 Brad & Meghan's father Bill joined us for a group picture. 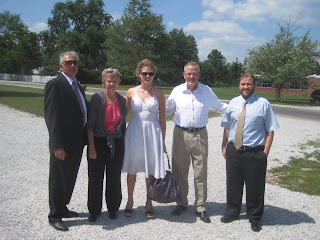 Here are Bill and Marg before the service. 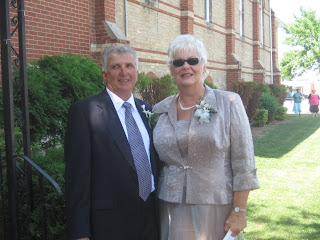 The ceremony went off without a hitch (as far as we could tell).  They had very nice words to each other in their Promises and it was all over in about 30 minutes.  It was a very nice service.  And then
Mrs and Mr Bradley Baker 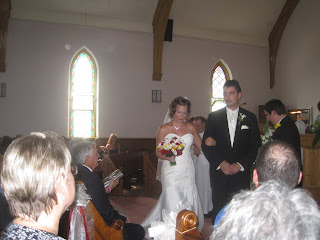 A reception line formed outside for the happy couple. 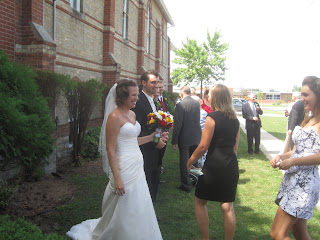 Then on over to Sarnia and the dinner party and festivities 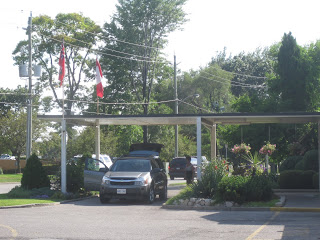 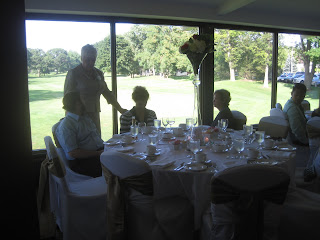 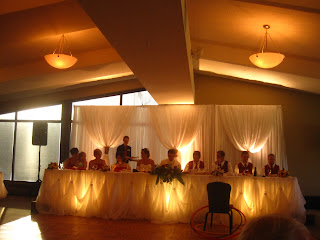 The wedding party sat together in the front and the rest of us were placed at about 15 tables in the very large room.
Marg and officating Pastor Chuck are discussing a point. 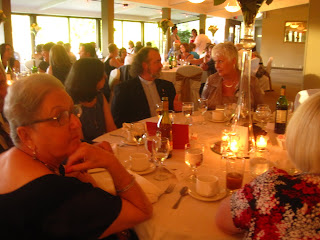 Later the parents of the bride groom spoke.  Here are Marg and Bill. 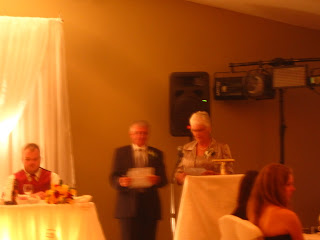 And there were many toasts, including one from Melanie and Kelly. 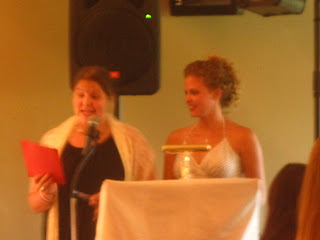 And lots of dancing. 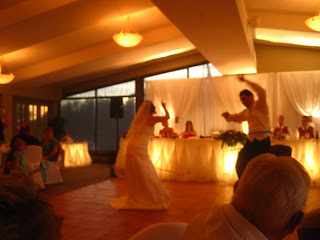 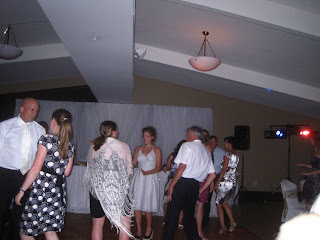 And they cut the cake. 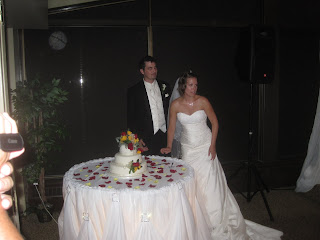