Yesterday was the third time Pam and I have been on the factory tour at Tiffin Motor Homes.  It continues to fascinate us and we learn something every time.  One of the great things is that we can wander through the assembly line and walk around where ever we want to after the tour gets started. 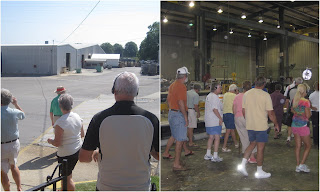 Everyone had to wear protective glasses and a headset so we could hear Red Davis, our tour guide.
The tour doesn't start at the beginning of the build process but I will try to put some of the pictures in order. 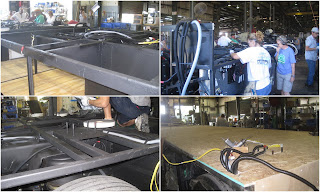 When they roll the chassis up to the first station, the frame has to be completely leveled and squared up if is a Freightliner.  If it is a Powerglide chassis (made by Tiffin) they don't have to take that extra step.
A computerized saw cuts out the laminated sides. Metal tubing and some wiring connections get put into place early in the process.  The basement cupboards get lined with a coat of felt or a similar material that is glued onto the metal. 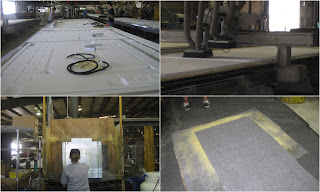 The sides go up and into place. 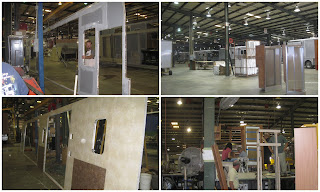 There must be a dozen wiring harnesses that get put in place along the line. 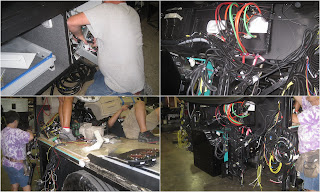 The roof gets secured with long screws. 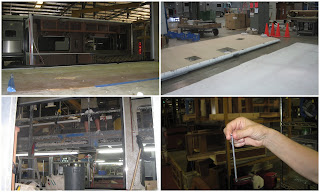 The myriad of cupboards and boxes and other woodwork gets secured into place along the way before the walls go up. 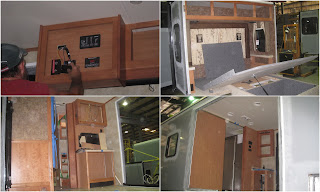 Toward the end the glass gets put into place for the windshield. 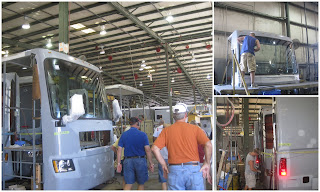 It was a 90 minute tour and we thoroughly enjoyed it.

I asked Bob to take our picture with Red Davis.  He gave it a shot but took one of himself instead. 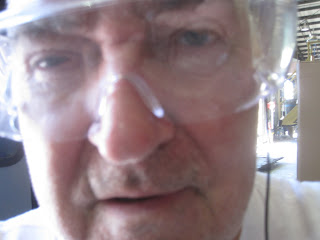 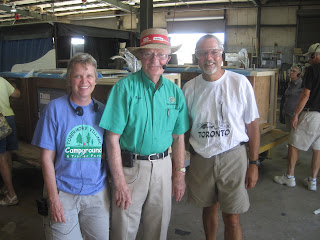 There we go!  Red is 83 years old and going strong!
After the tour we had to stop at the latest 'Sonic-like' burger stand. 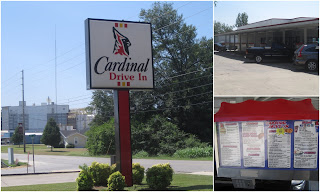