We are sports fans and my #1 sport has been golf since I was about 10 years old.  I grew up watching Arnie and Jack and Gary.  And then Lee Trevino and Johnny Miller came along and I love to watch them on TV also.

But now and then we get to see the stars of today's PGA tour up live and personal.  Such was the case this week at the Accenture World Golf Championship at Dove Mountain which is outside of Tucson.

We saw tickets for sale last week at Costco and bought two tickets for $69.99.  As I was reading about how to get there and find details on the parking, I came across this:

I read "...all military members including their dependents...."  which sometimes means Active Duty military.  Since we are retired military, I wasn't sure that included us.

But the more I read and went to the "BirdiesfortheBrave.org" web site, I was convinced it did include us! 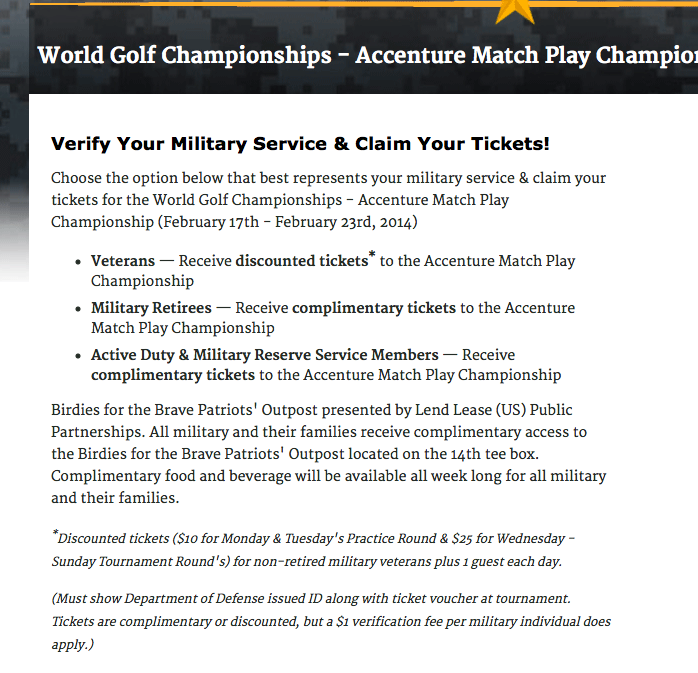 We then went back to get a refund of our Costco tickets and had no problem.

Then on Wednesday, we drove out to Marana and found the Public Parking area. 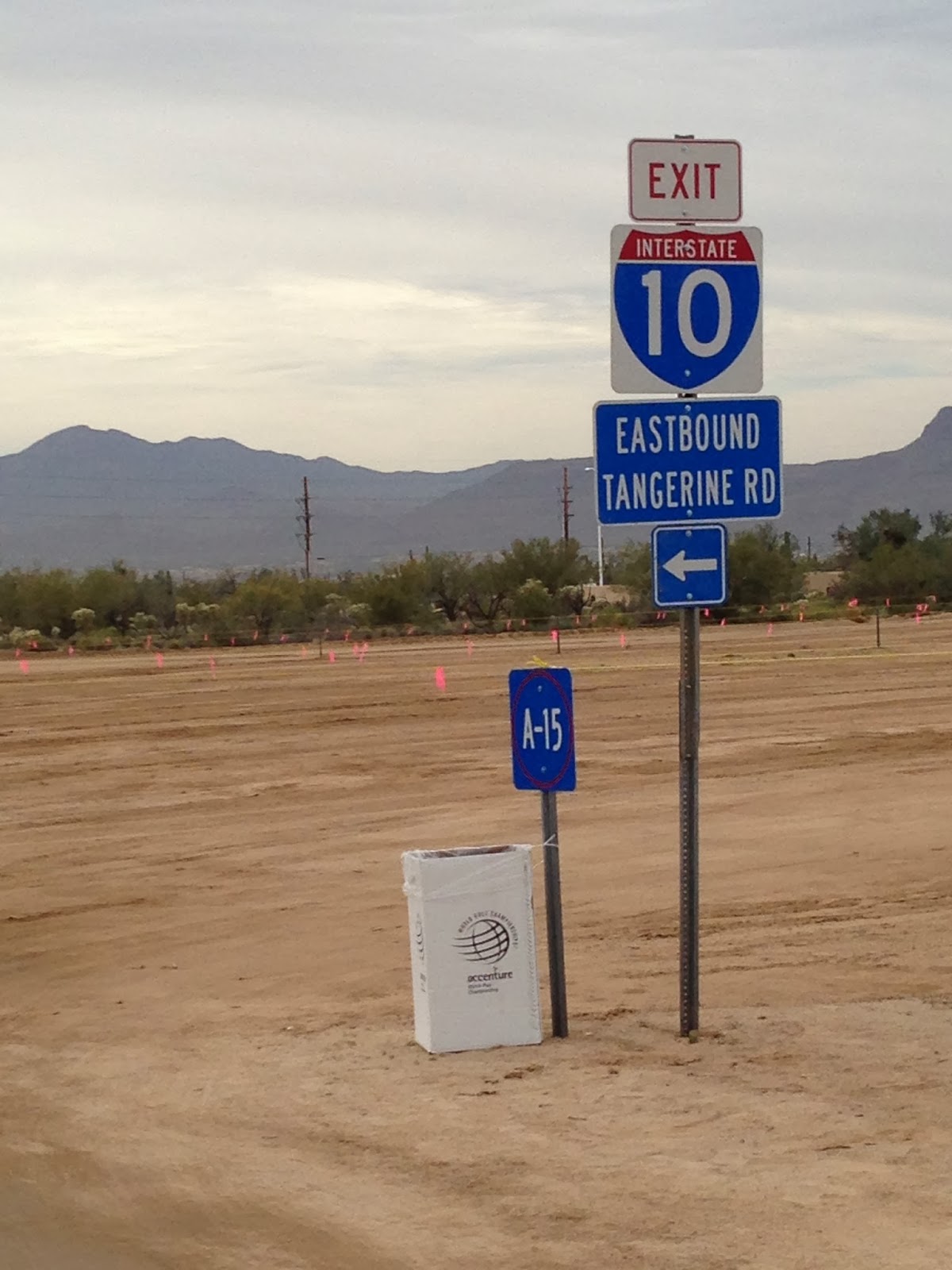 The signs leading to the parking were evident from I-10 up to the parking area.  We paid our $10 parking fee and walked about 10 rows over to the Shuttle bus area where we went through security and loaded onto the bus.

Very easy - no wait and the bus ride took about 10 minutes to get to the front gate for our tickets.  It required us to show our military ID card. 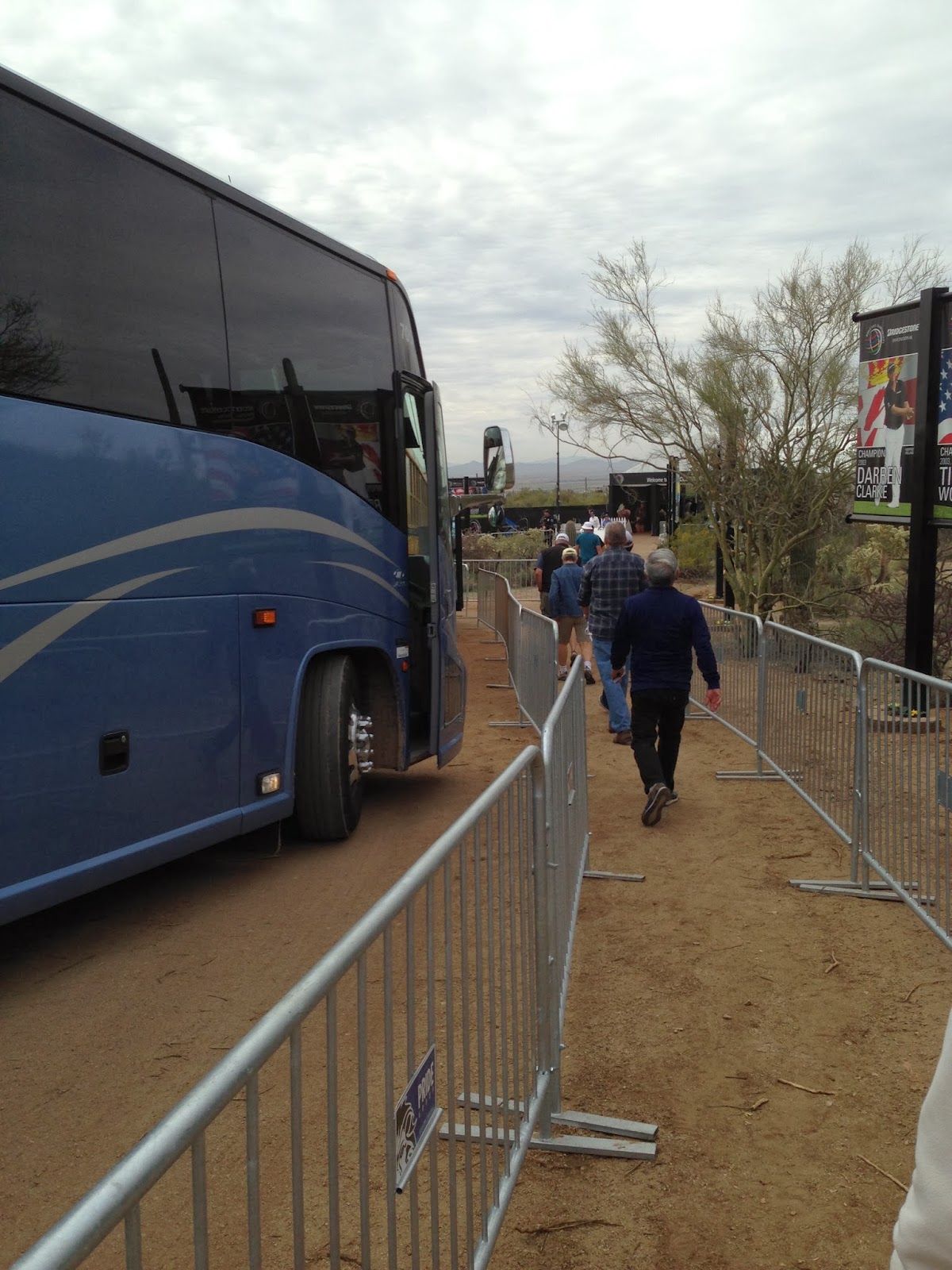 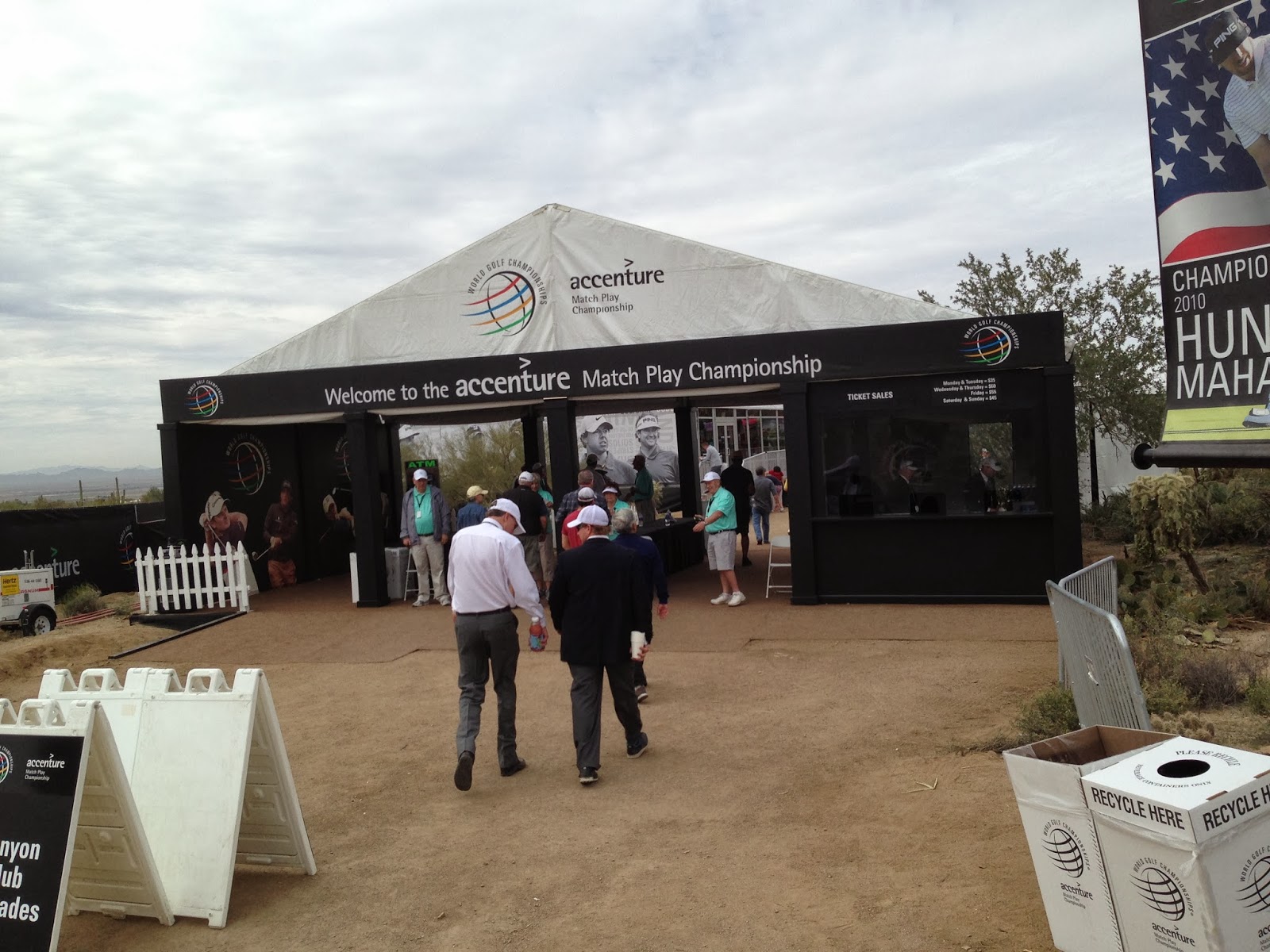 A new deal for us is how the officials are managing cell phones.  They are allowed but have to be put on 'silent'.   No cameras are allowed but they well know that phones have cameras.  They have 'cell phone police' that are on the lookout for those taking pictures of the players, especially when they are on the tee box or near the greens.

But the rest of the time, it is no problem and I was able to get a few pictures. 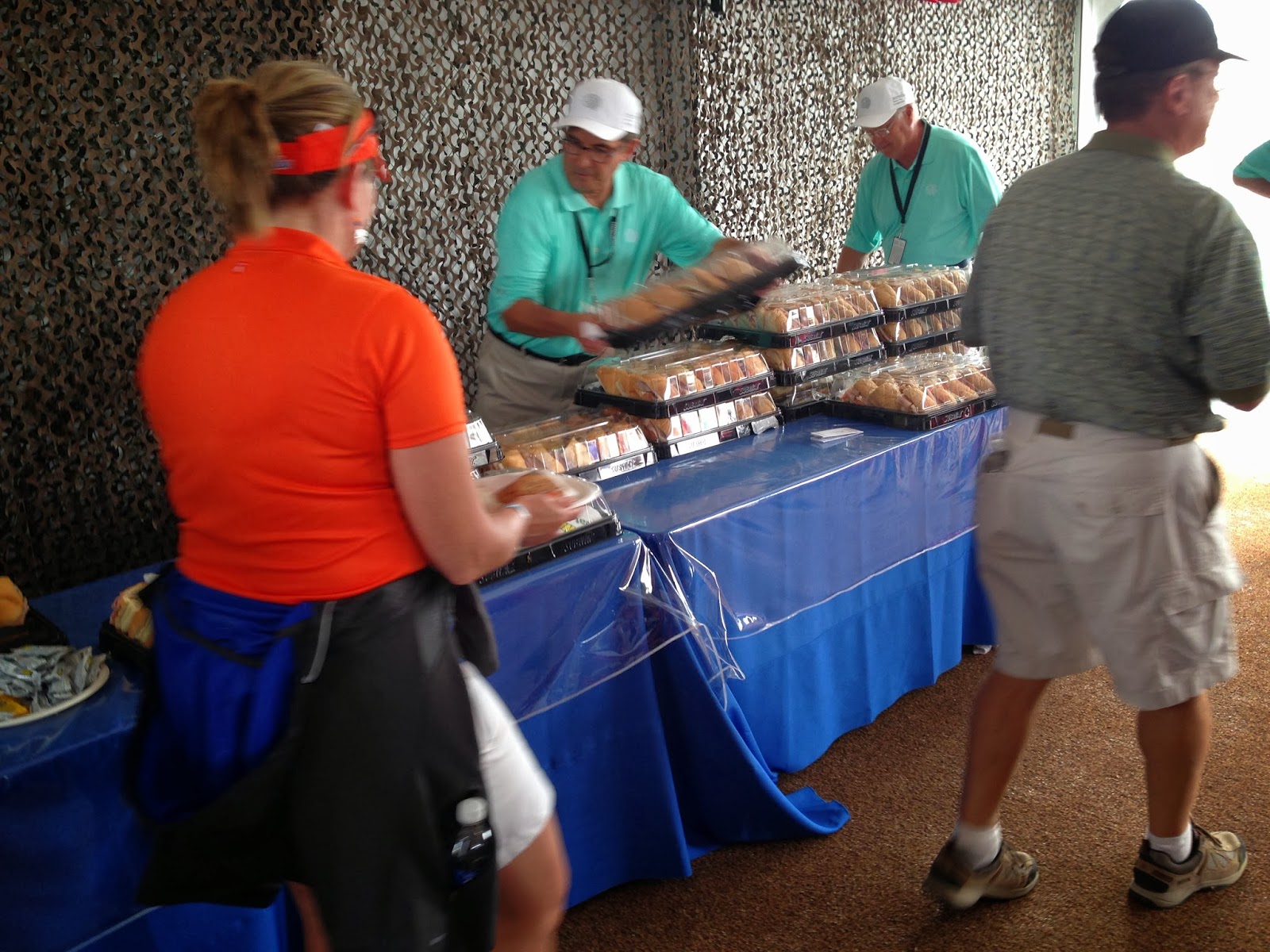 They had stacks sandwiches which were great!  And there were cans of soda and water.  And sure enough, ice cream for dessert.  Hard to beat!
On Thursday, Hooters had hamburgers and chicken wings. 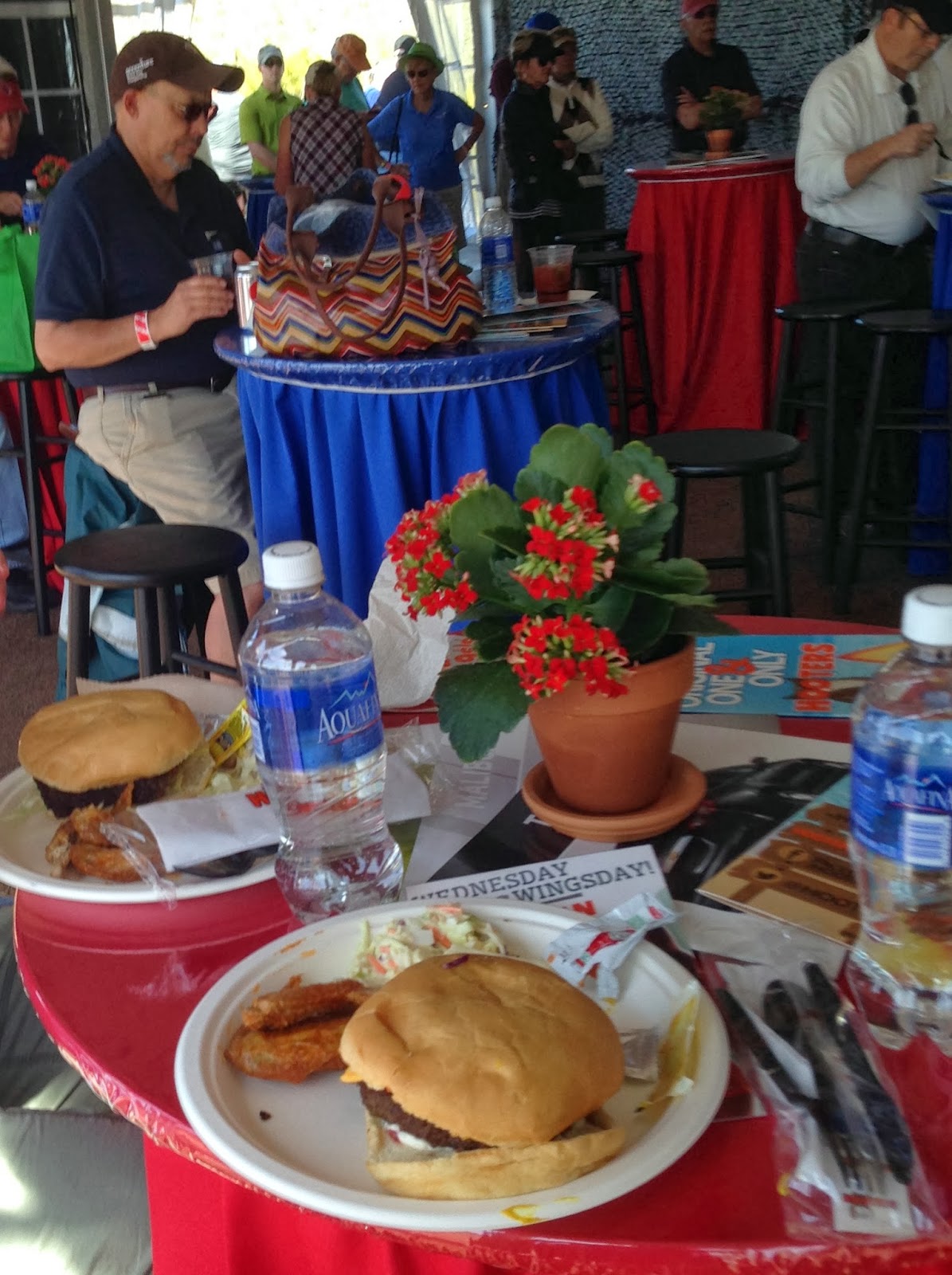 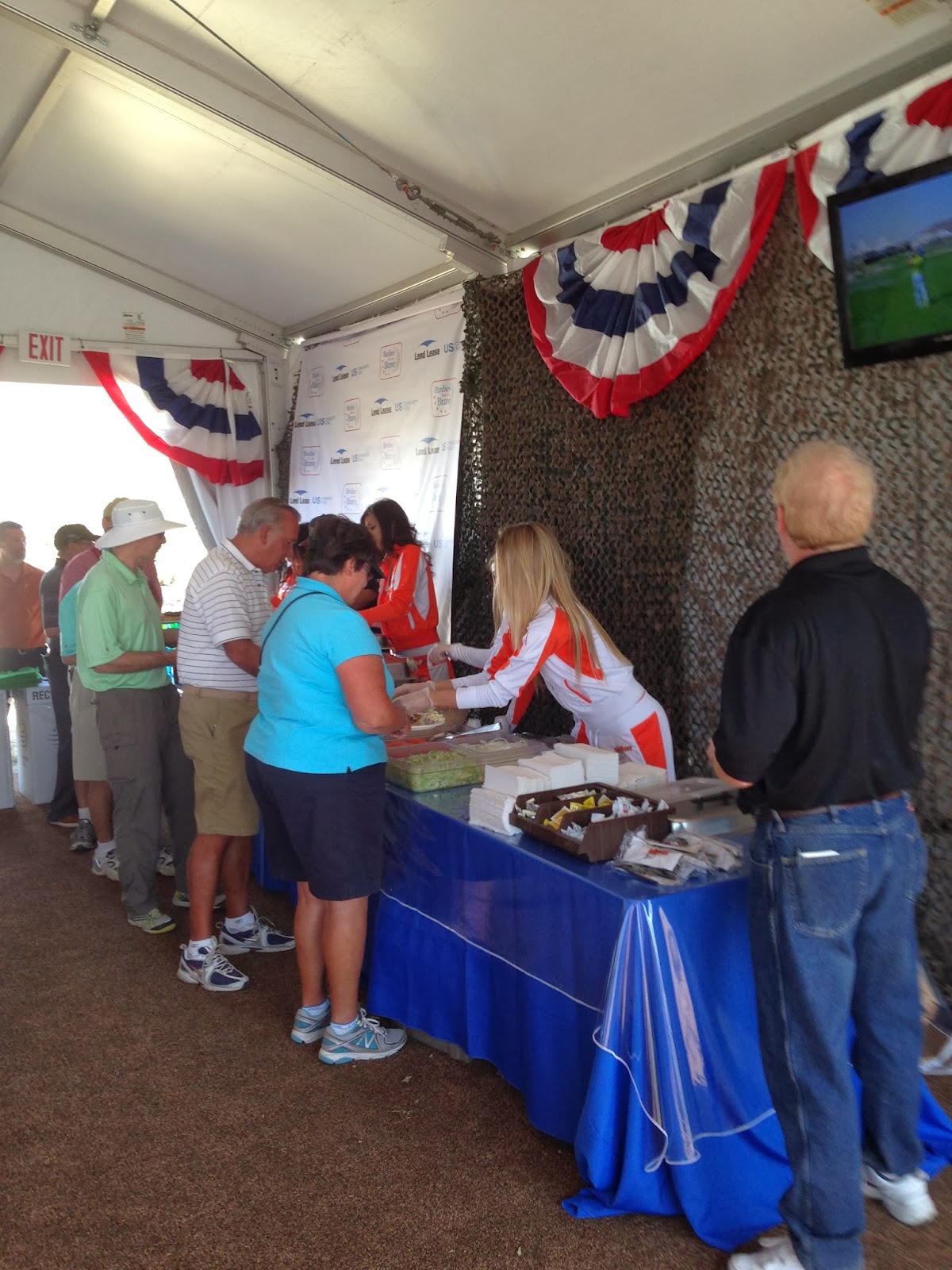 Both days, we found the 13th green and parked ourselves there.  On Wednesday, we sat near the green.  The MetLife blimp was overhead which gives all those great shots on the Golf Channel and NBC. 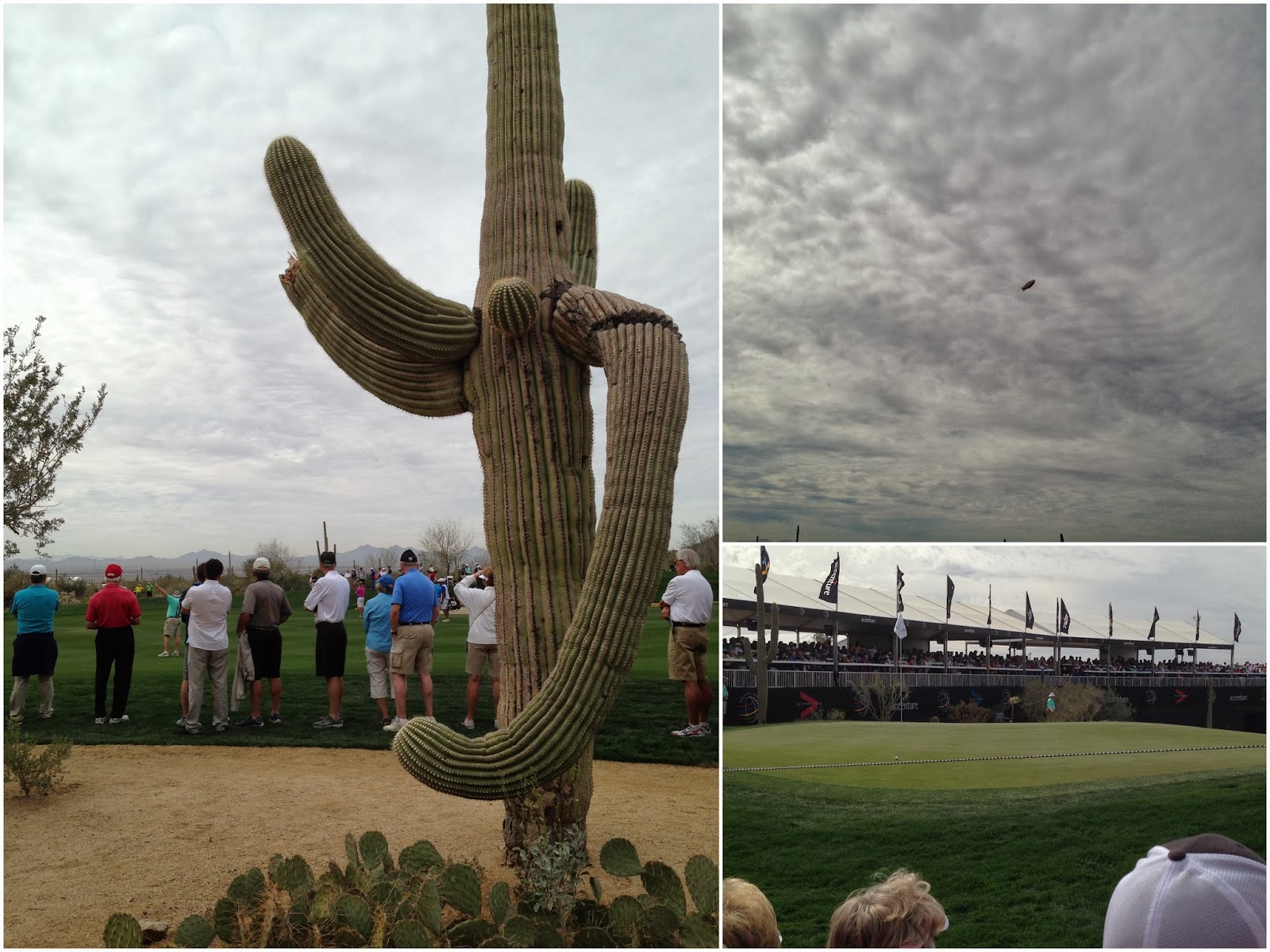 On Thursday we had our chairs with us and were on the sidelines.  It was a great way to see all the matches and we had some good seats. 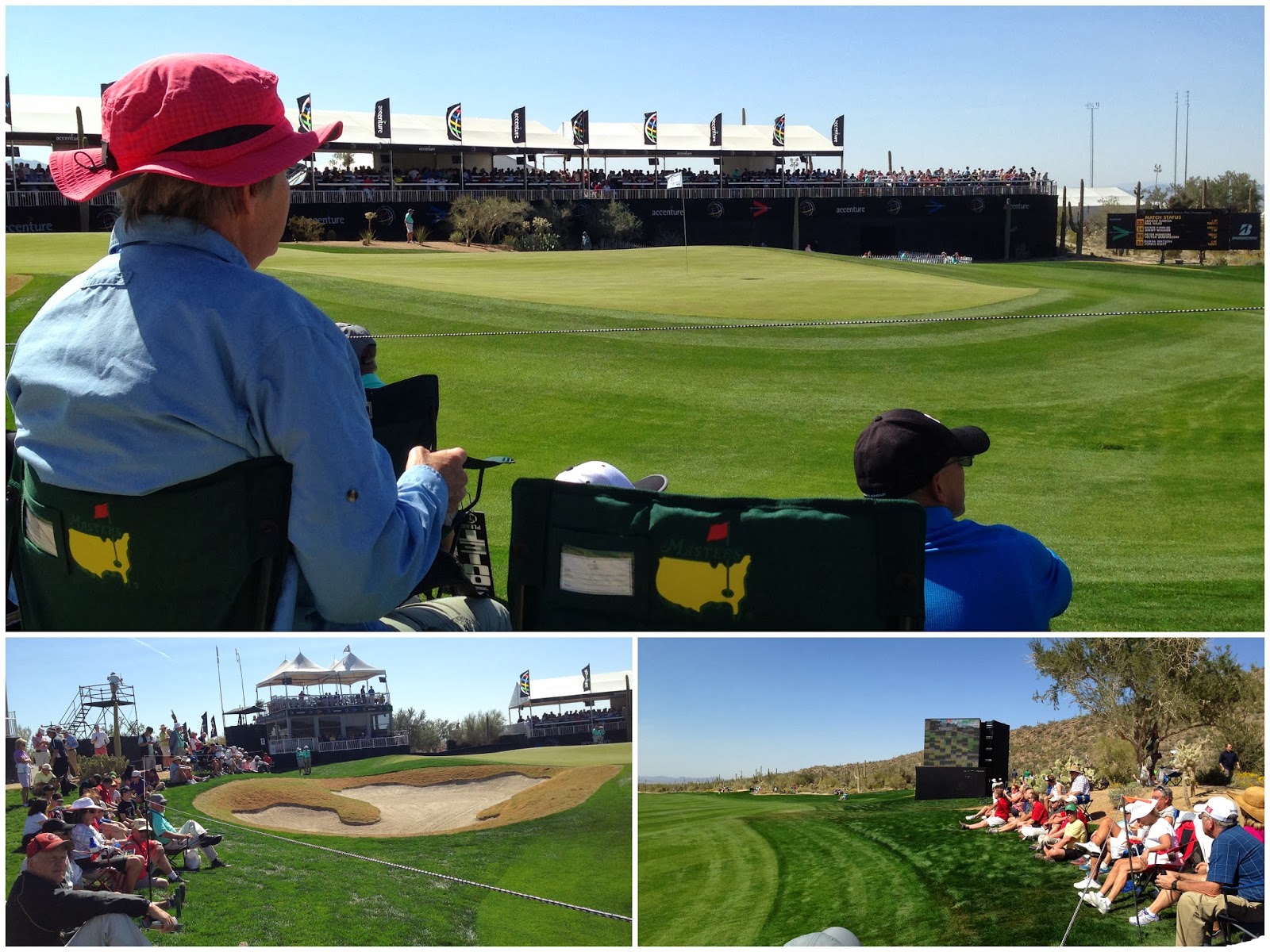 It was a great couple of days on the course at Dove Mountain and we were very impressed with how the whole tournament is run.  It could not have been easier for spectators like us.  And a big thank you to them for free tickets to us vets.  It was totally unexpected and not necessary.  But we really appreciate it!

Thanks all for this edition of the Roadrunner Chronicles!  Thanks for joining us.  Until next time...

Posted by Roadrunner Chronicles at 3:00 AM