We have been pretty satisfied with our SeeLevel II tank monitoring system.  Except when it doesn't work. 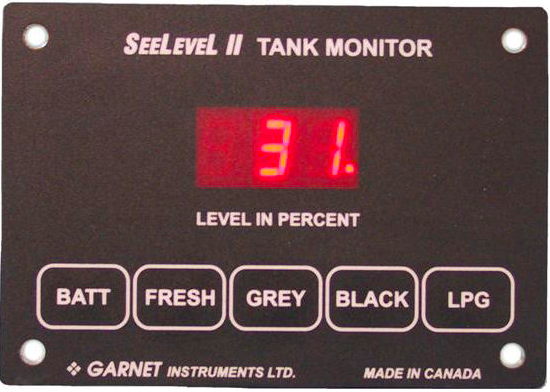 Over the last 7 or 8 months we have been getting faulty readings.  I flush the tanks pretty well each time because I am thinking that some residue may be hanging on the inside of the tank.  And it reads "46" when I know it is empty and should read "0".

We have also put used dish water down the toilet at regular intervals in hopes that it may dislodge any remnants of stuff.  Sometimes it works--sometimes it doesn't.
Sometimes we put ice cubes down the toilet before we leave a campground and drive to the next destination.

But the fancy, push-a-button-and-get-the-tank-readings-machine --- isn't working like it is supposed to!

I asked around at Quartzsite and heard about a "Happy Camper" product but didn't know much about that.  Instead, I found the vendor at the RV tent that was selling the "See Level Tank Monitoring Systems" and asked what she recommends.

She asked a few questions and suggested we buy a couple of jars, one for an initial rinse and one for a second rinse a few weeks later.

Then we got our things organized for the clean-out:

I read and re-read the instructions. 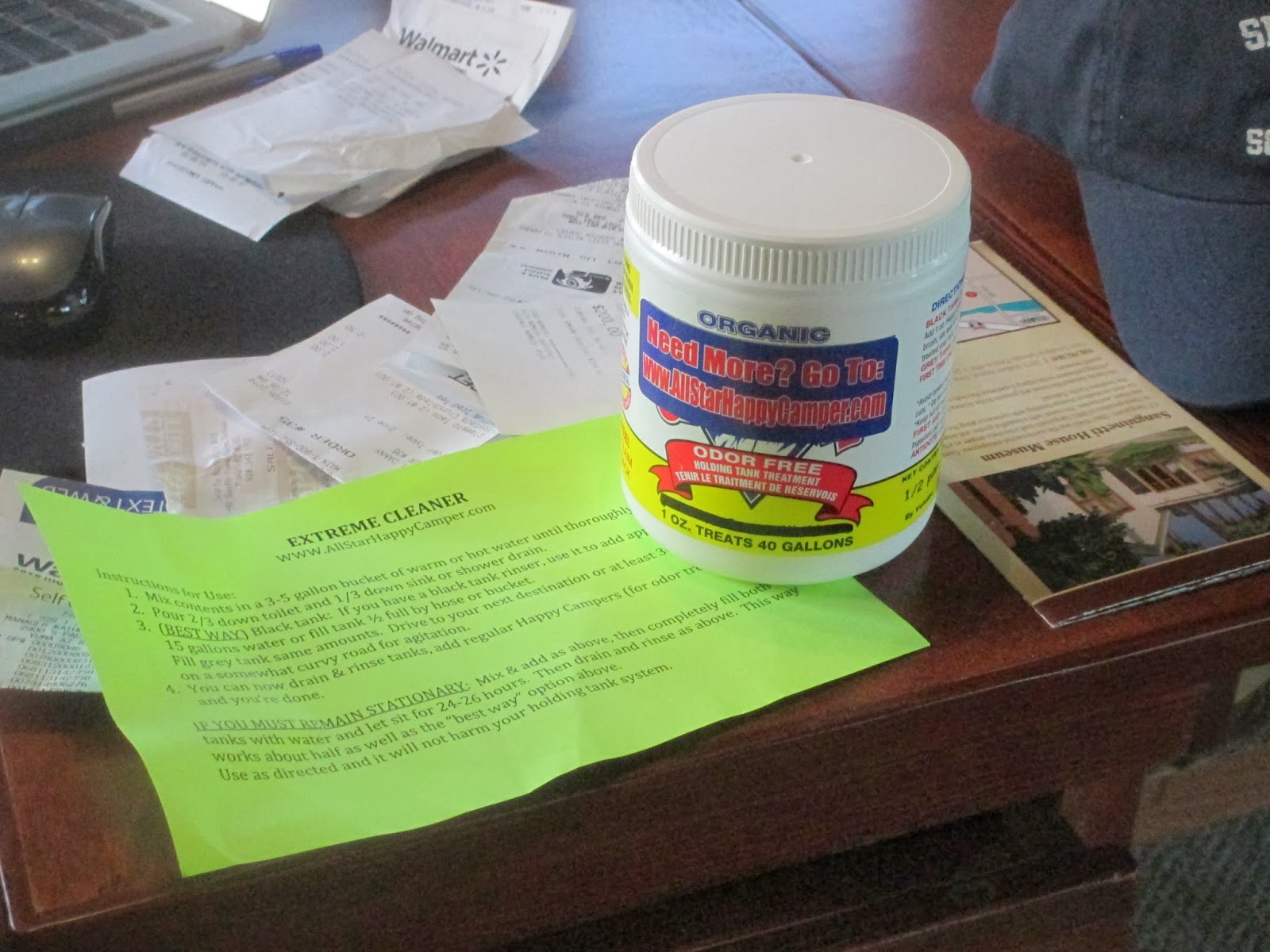 Pam got the 5 gallon bucket and poured the cleaning agent into the bucket. 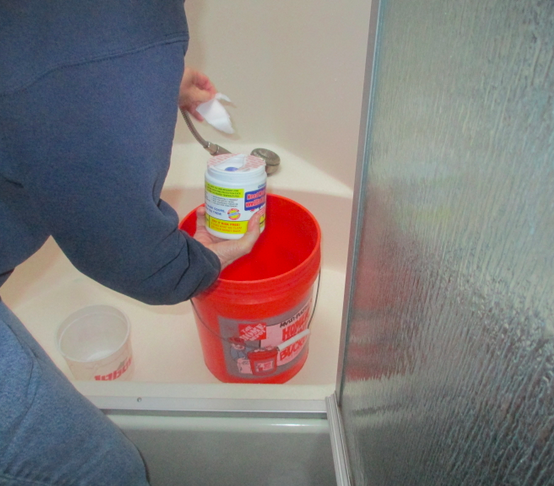 Mean while, I emptied the grey tank and emptied and rinsed the black tank. 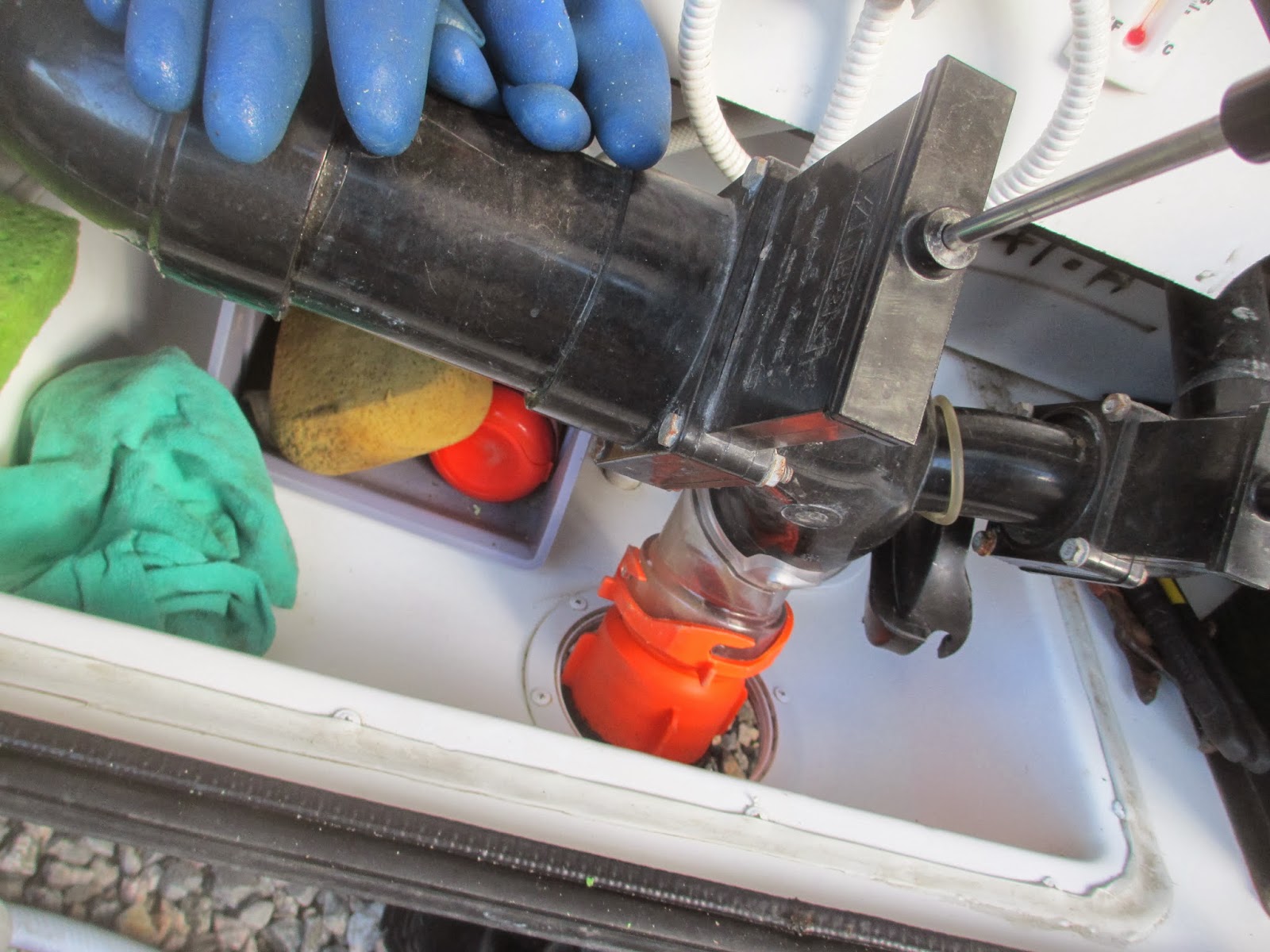 Sadly, the black tank still registered 50% full.  (Which is the reason we are doing this exercise.) 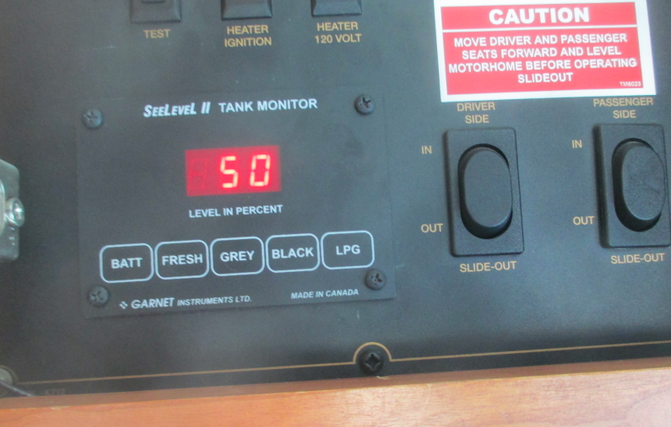 While I was doing that, Pam finished filling and stirring the bucket. 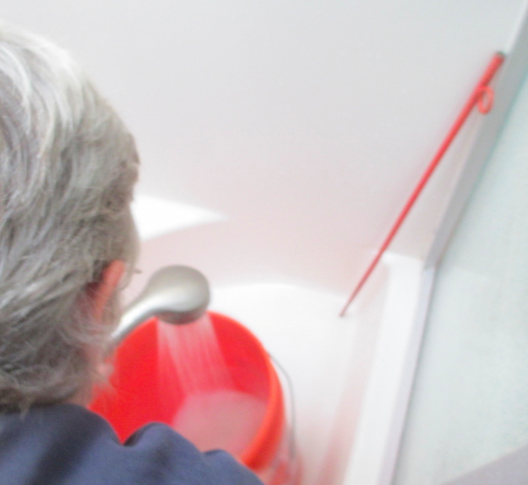 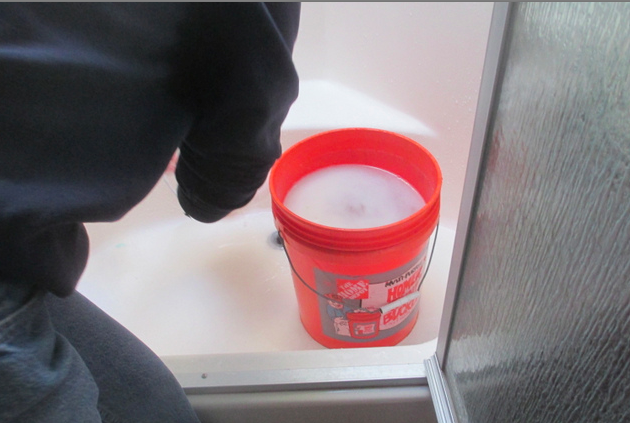 Then with a smaller bucket, she put some down every drain:  the kitchen sink, 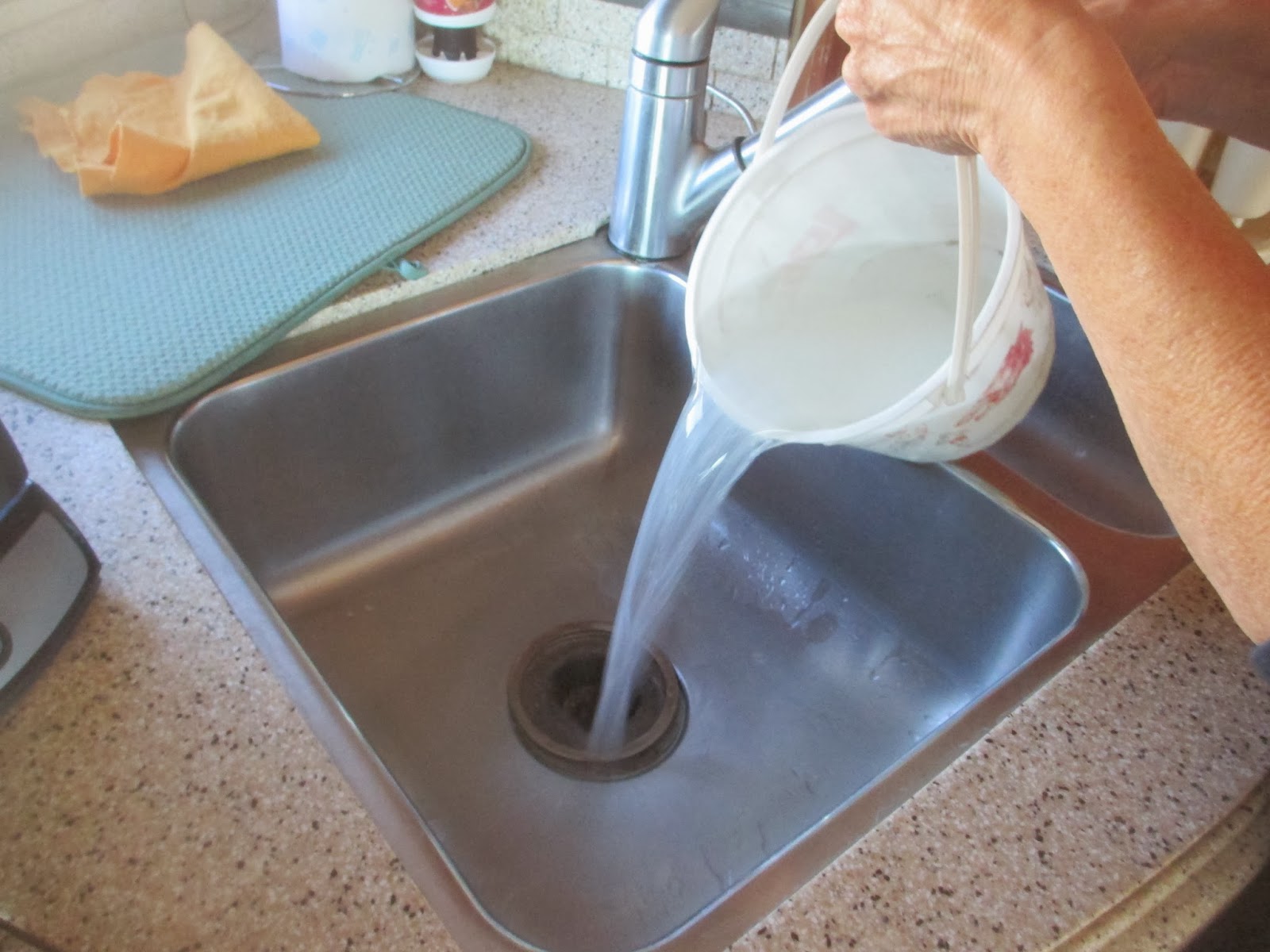 And the two bathroom sinks and the shower 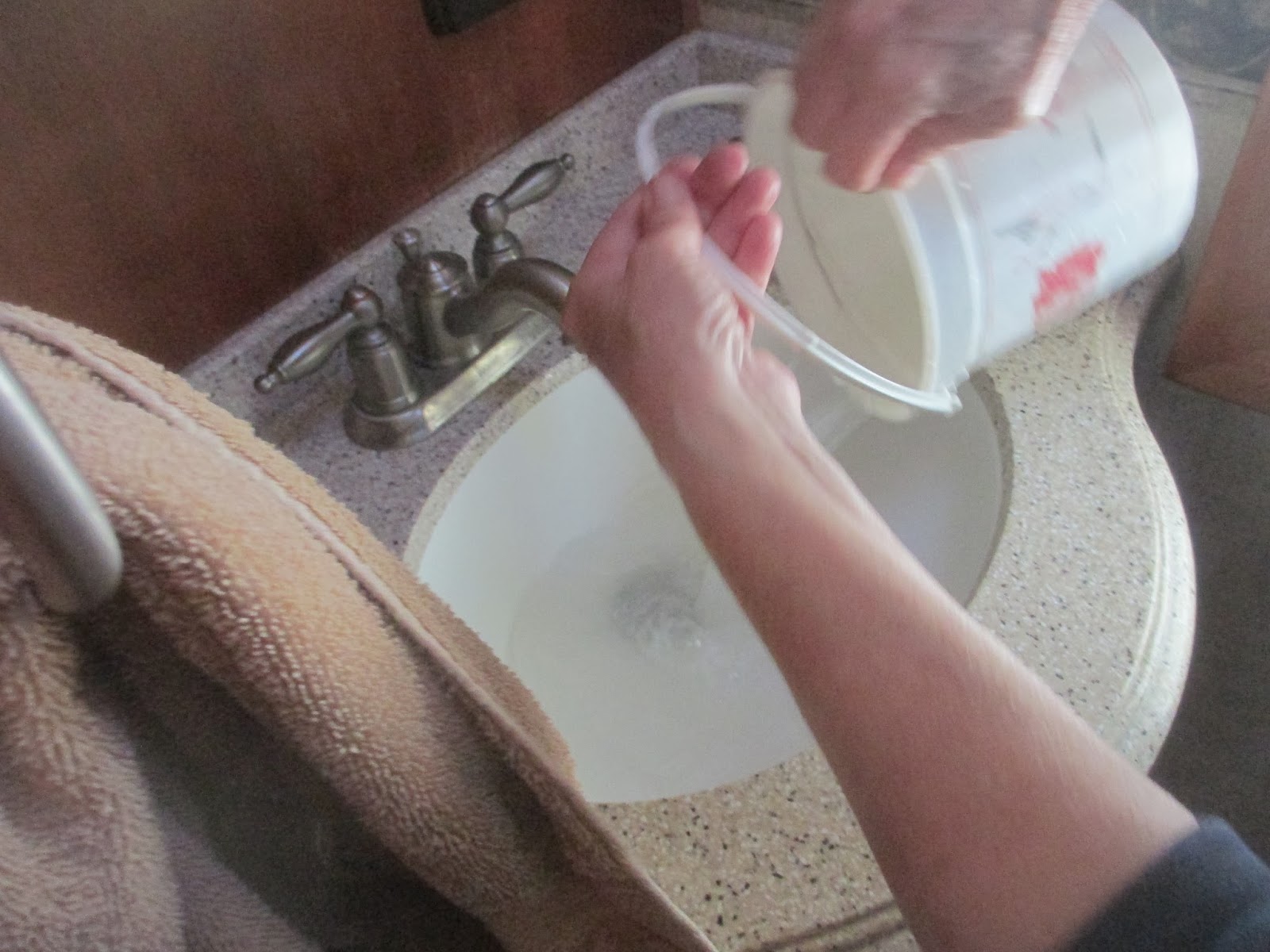 Then the other half of the 5 gallon bucket went down the toilet. 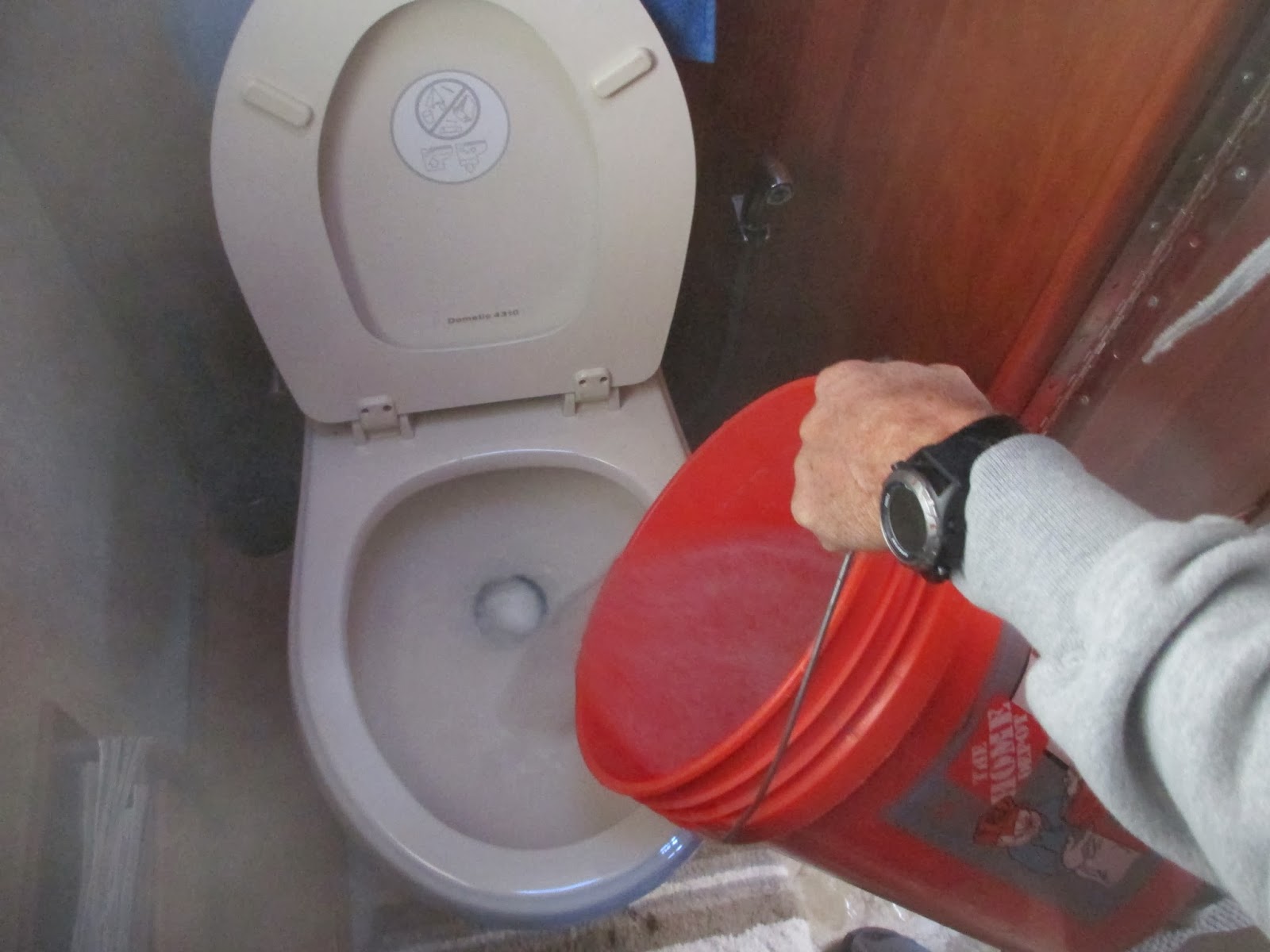 We did all this before we departed Yuma.  We had a short drive to Gila Bend that day and during those couple of hours, the cleaning agent jostled and sloshed around the tanks.   When we got to our campground and got hooked up.  I emptied all the tanks again.

Then I checked the readings on the See Level monitor and it read: 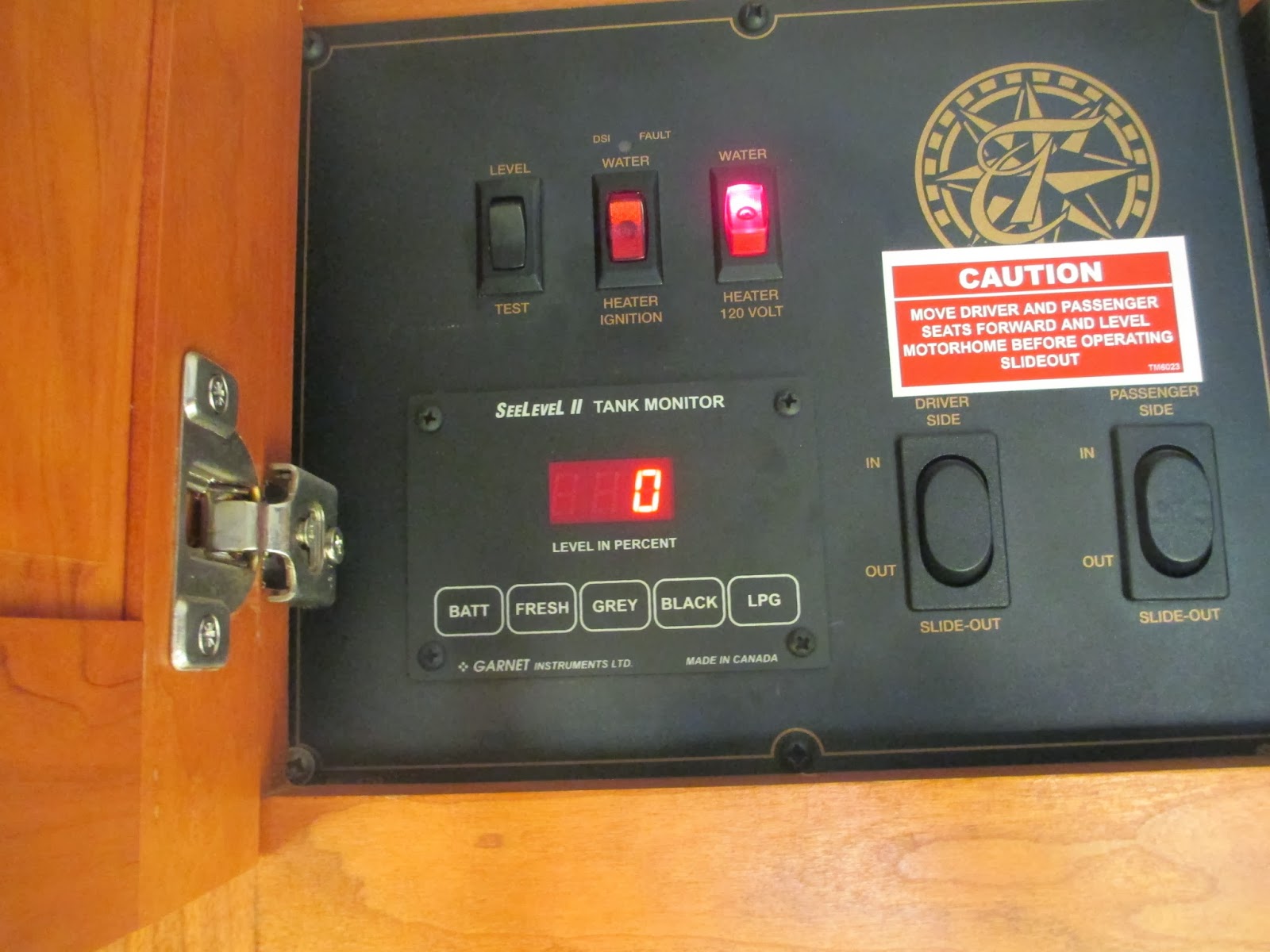 Would you look at that!
But time will tell if it really worked.  So far it has been about two weeks and the gauges seem to be working correctly again and I haven't seen any false readings.  When I empty the tanks, they read 'zero'.

At this point we are going to claim 'success' and keep watching the readings.  The lady at the booth at Quartzsite said she did her tanks a second time about a month later, but we figure we will save the second jar and not do it again for a while unless we get some faulty readings.

We saw the product for the first time at Quartzsite.  And then we saw it again at a Swap Meet setup in Yuma.  Probably the easiest way to get it is from Amazon.com.

I wanted to pass along our results in case your tanks need a good clean out.  Other products may work just as well, but we recommend this product.

Are there any others out there you would recommend?

That's all for now on the Roadrunner Chronicles.  Thanks for joining us!!  Until next time...

Posted by Roadrunner Chronicles at 3:00 AM