Also, the National Parks are established by Congress and are usually associated with purchase of Federal lands designated for that use, while a National Monument is done by Executive Order and applies to land that is already owned by the government.

We got up early and made the 85 mile drive down to the Organ Pipe Cactus National Monument.  Then we did our regular routine.  We: 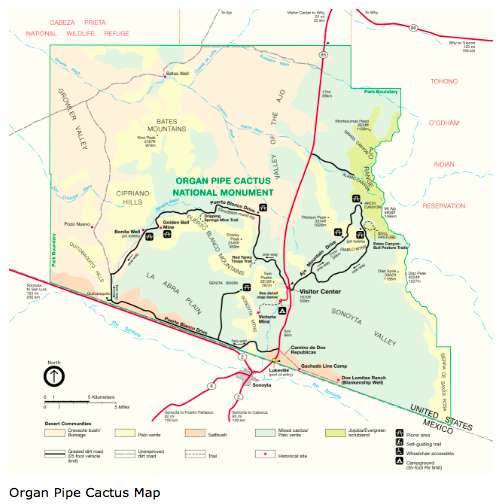 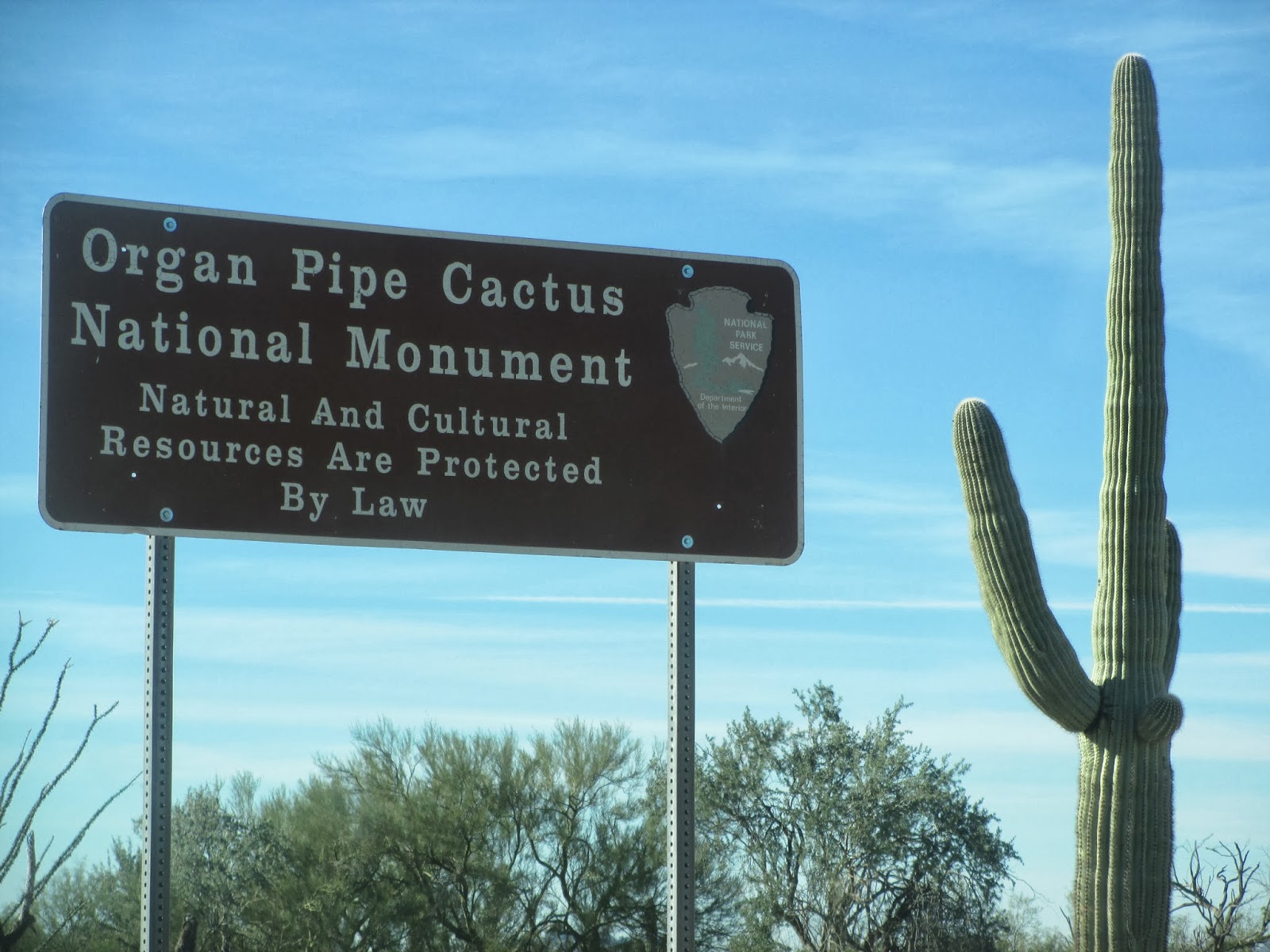 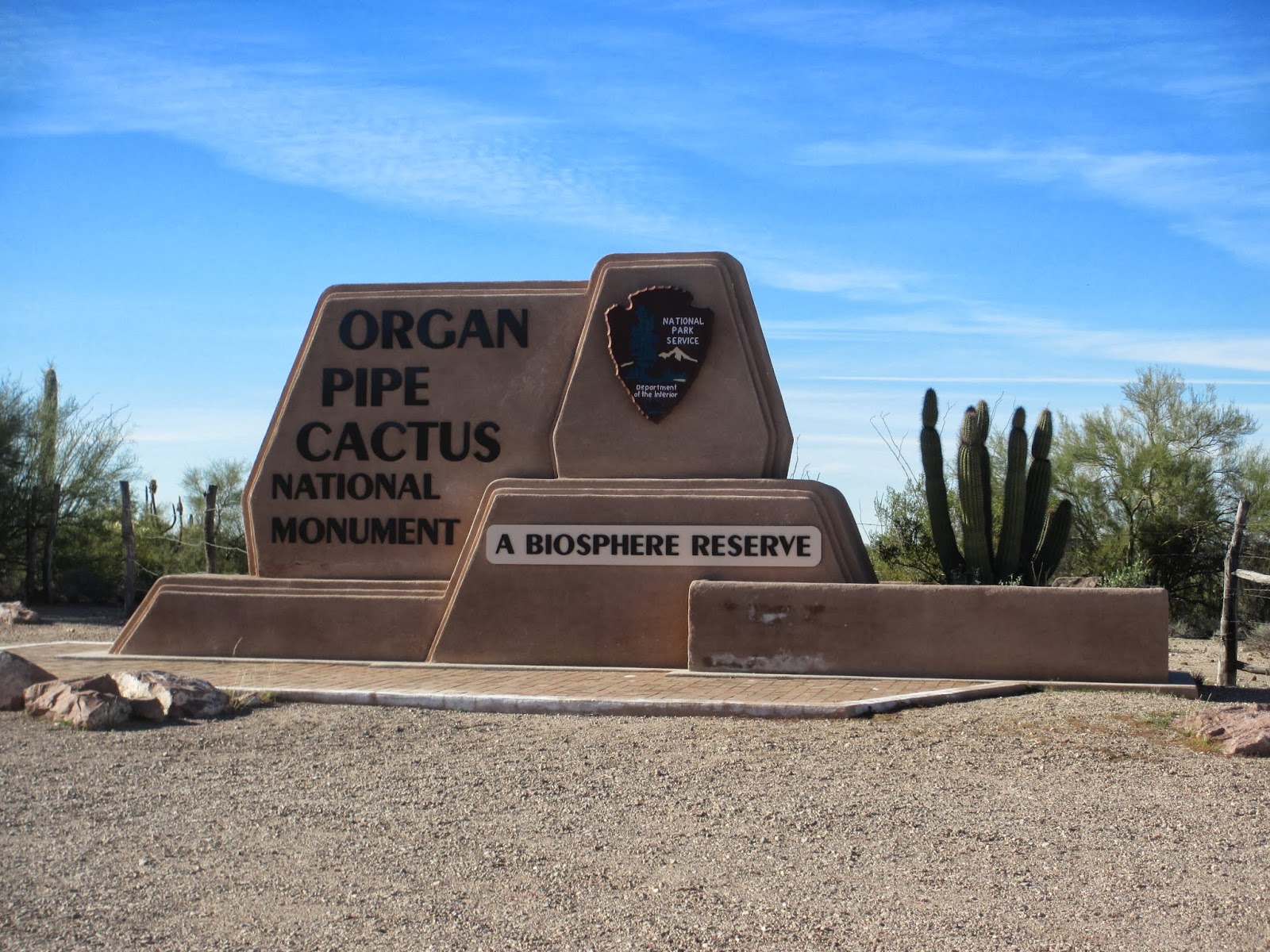 The Visitor's Center had an informative display showing the Seasons of the Sonoran Desert.  We were very surprised to learn how GREEN the desert here was.  It gets a lot of rain in January and July and it showed. 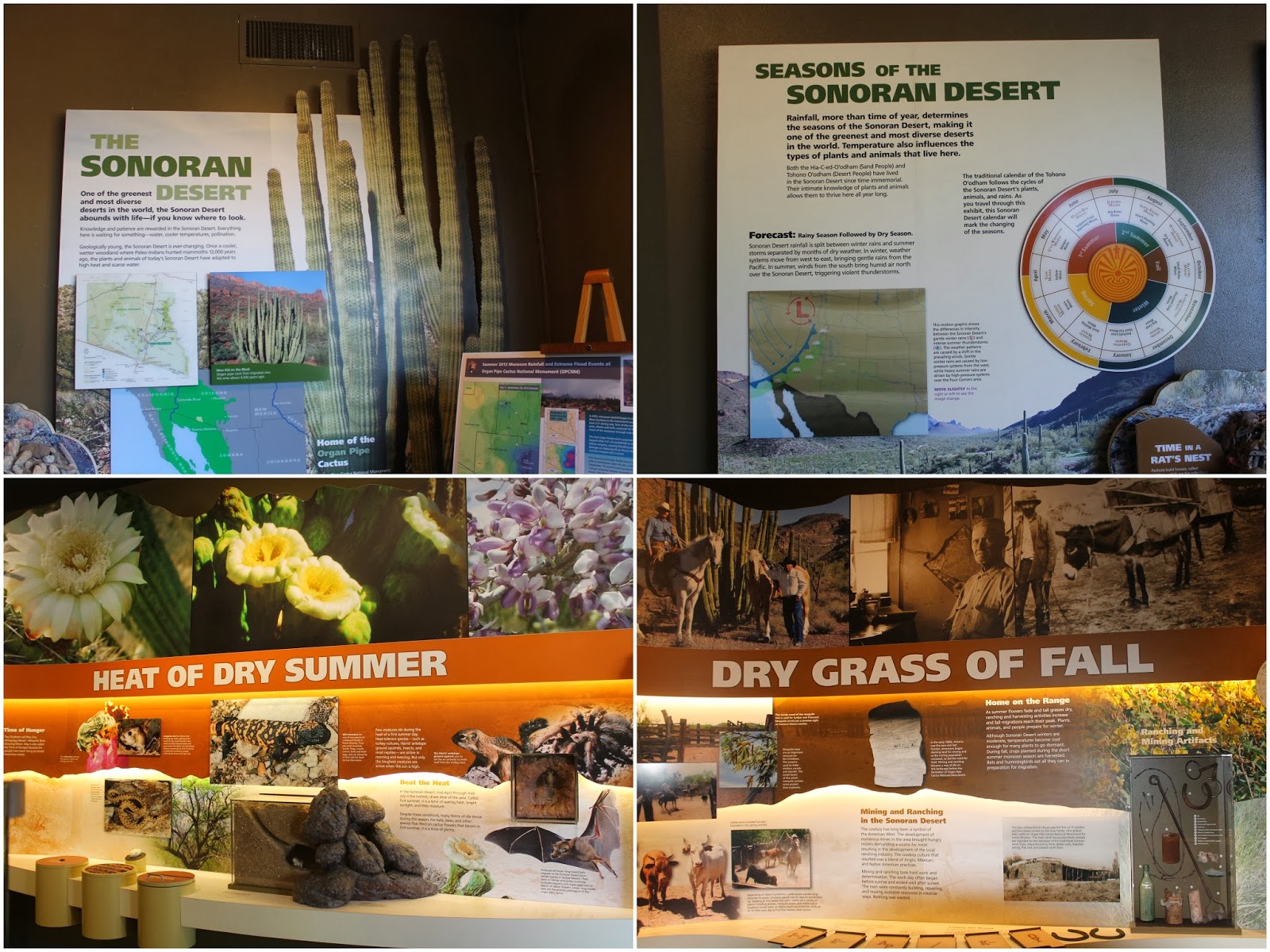 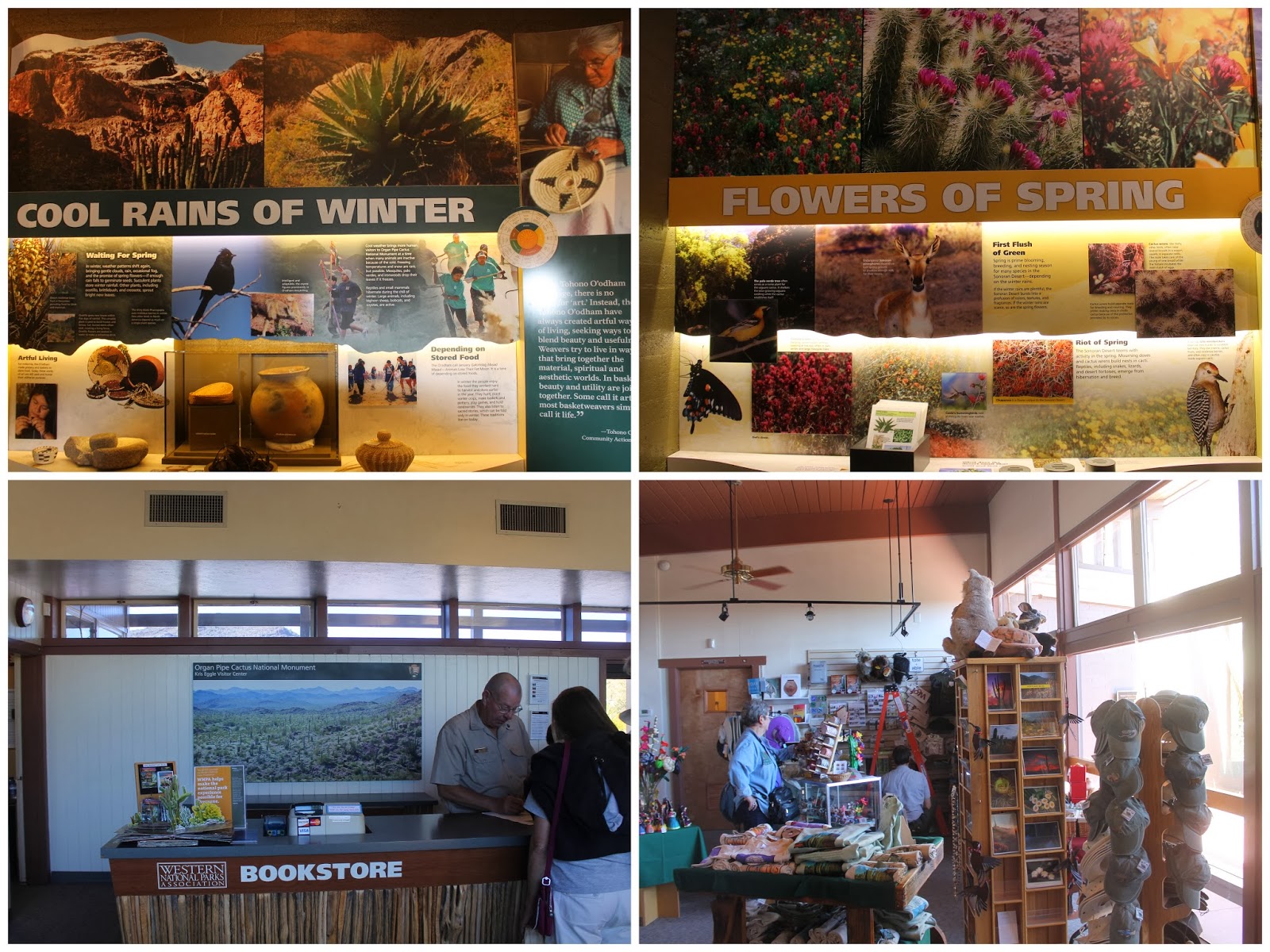 The Visitor Center is relatively small but with a corresponding gift shop.  We talked to the Ranger, got some maps and then went in to see the 15 minute orientation film. 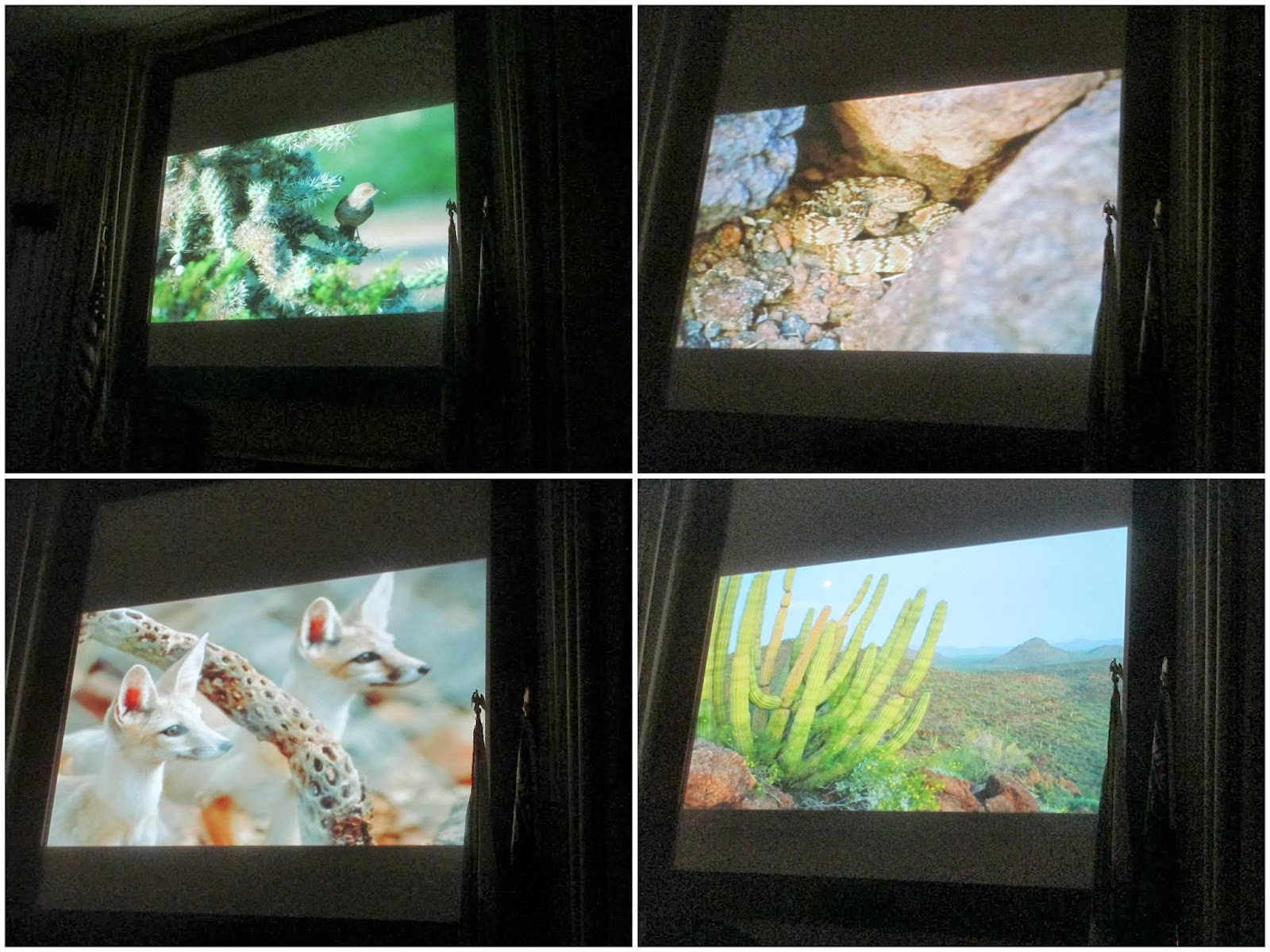 The Sonoran Desert stretches from northern Mexico throughout Arizona and has a lot of different plants and animals.  This National Monument is the only place in the United States where the Organ Pipe Cactus grows.  But it also has over 20 different types of cacti. 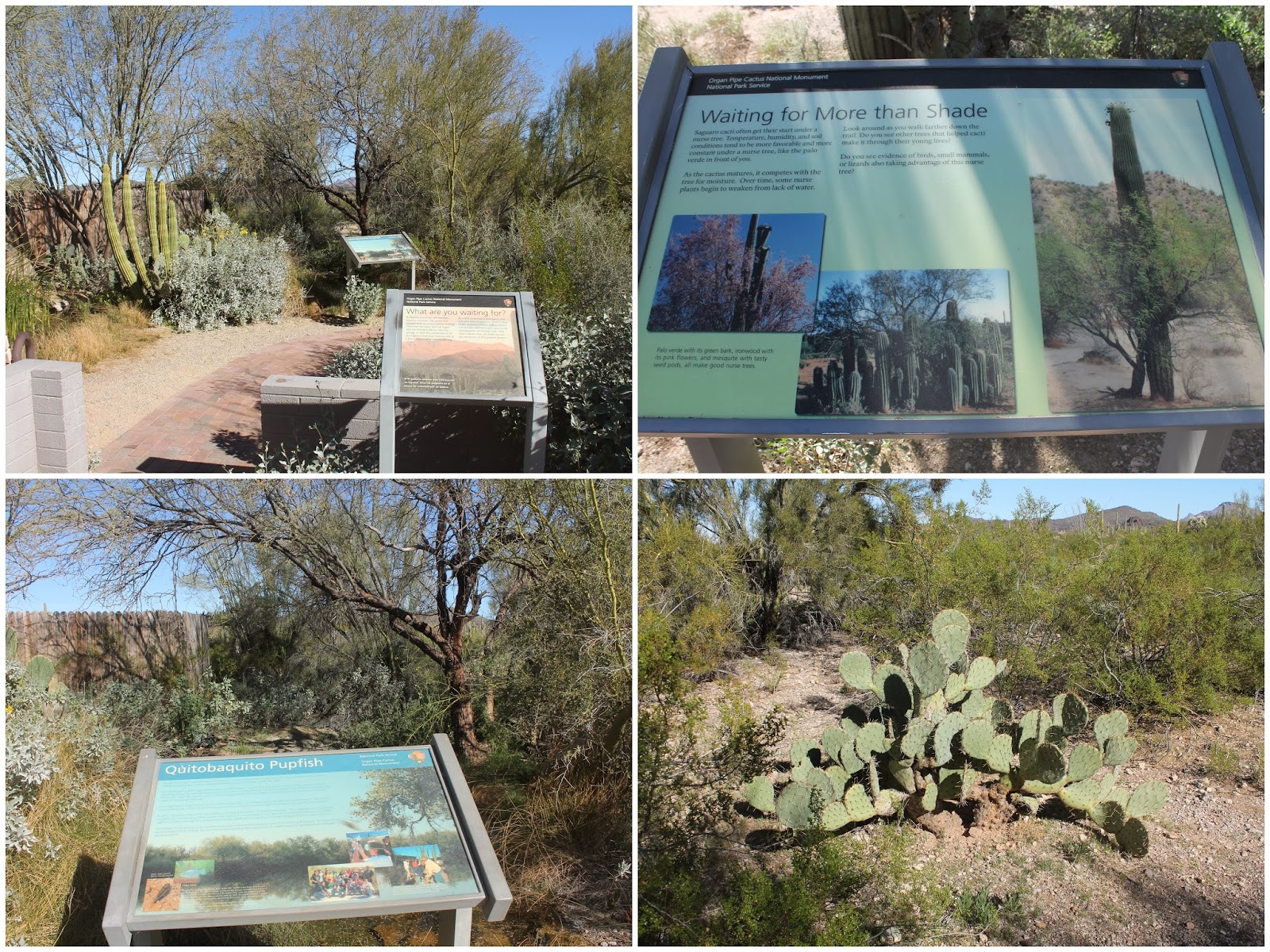 Franklin D. Roosevelt established the National Monument in 1937 and it encompasses over 330 acres and become a UNESCO International Biosphere Reserve in 1976.

The best way for us to see a lot of the area was to take the 21 mile Ajo Mountain Drive along the foothills of the Ajo Mountain Range. 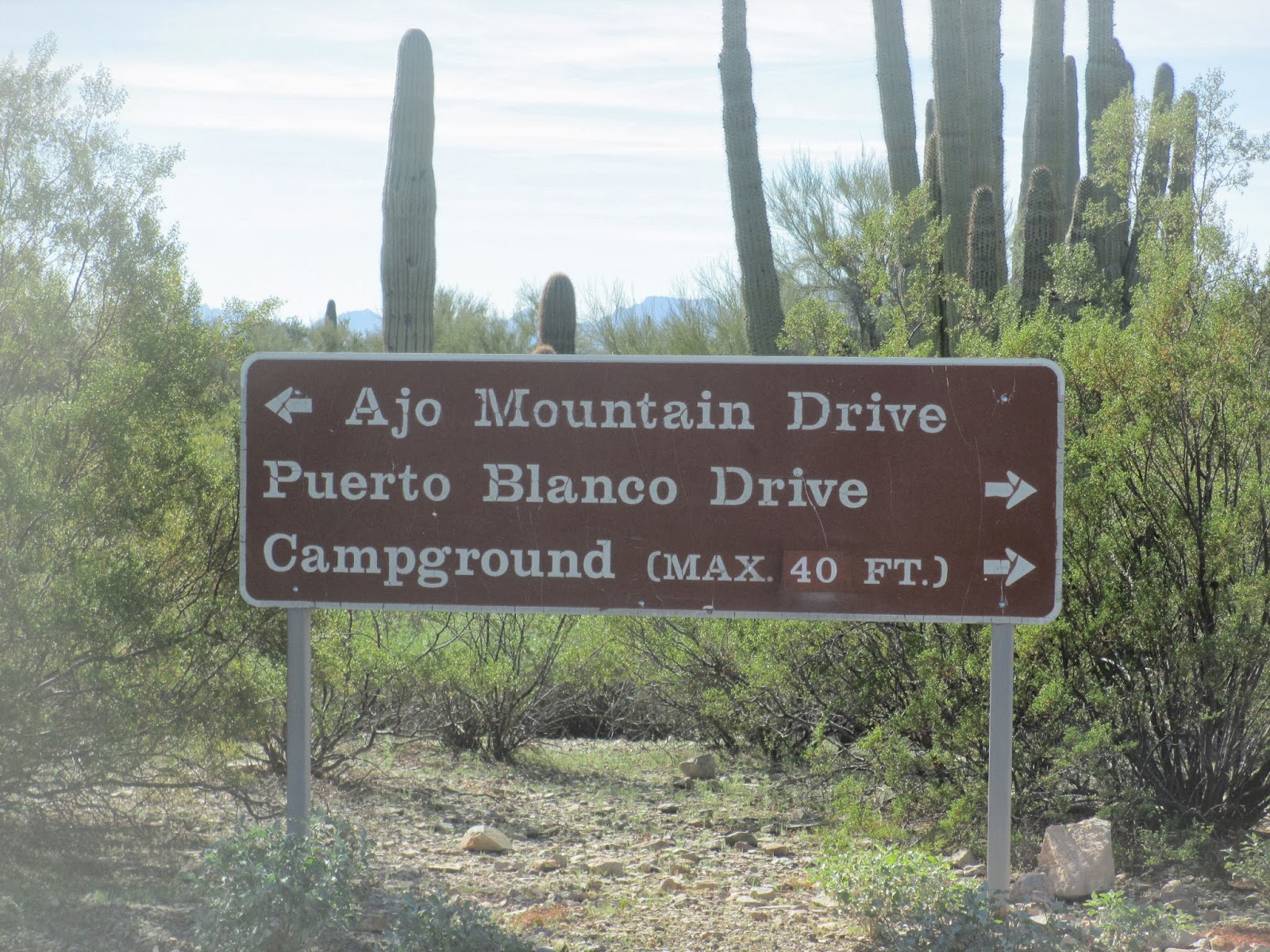 It has some paved sections, but is mostly a well-maintained gravel road. 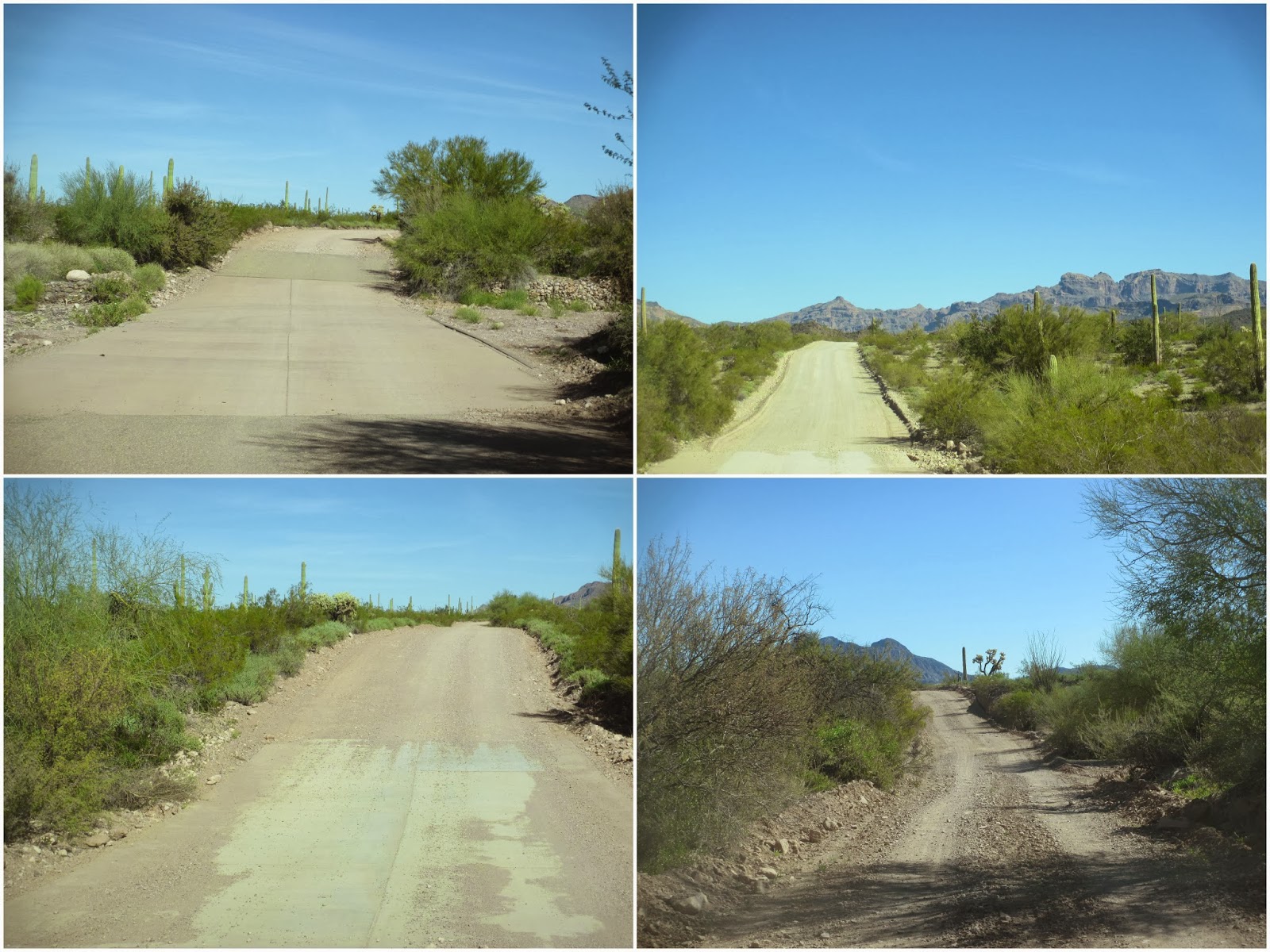 Even though this area has large stands of Organ Pipe Cacti, the Saguaro Cactus is more prevalent. 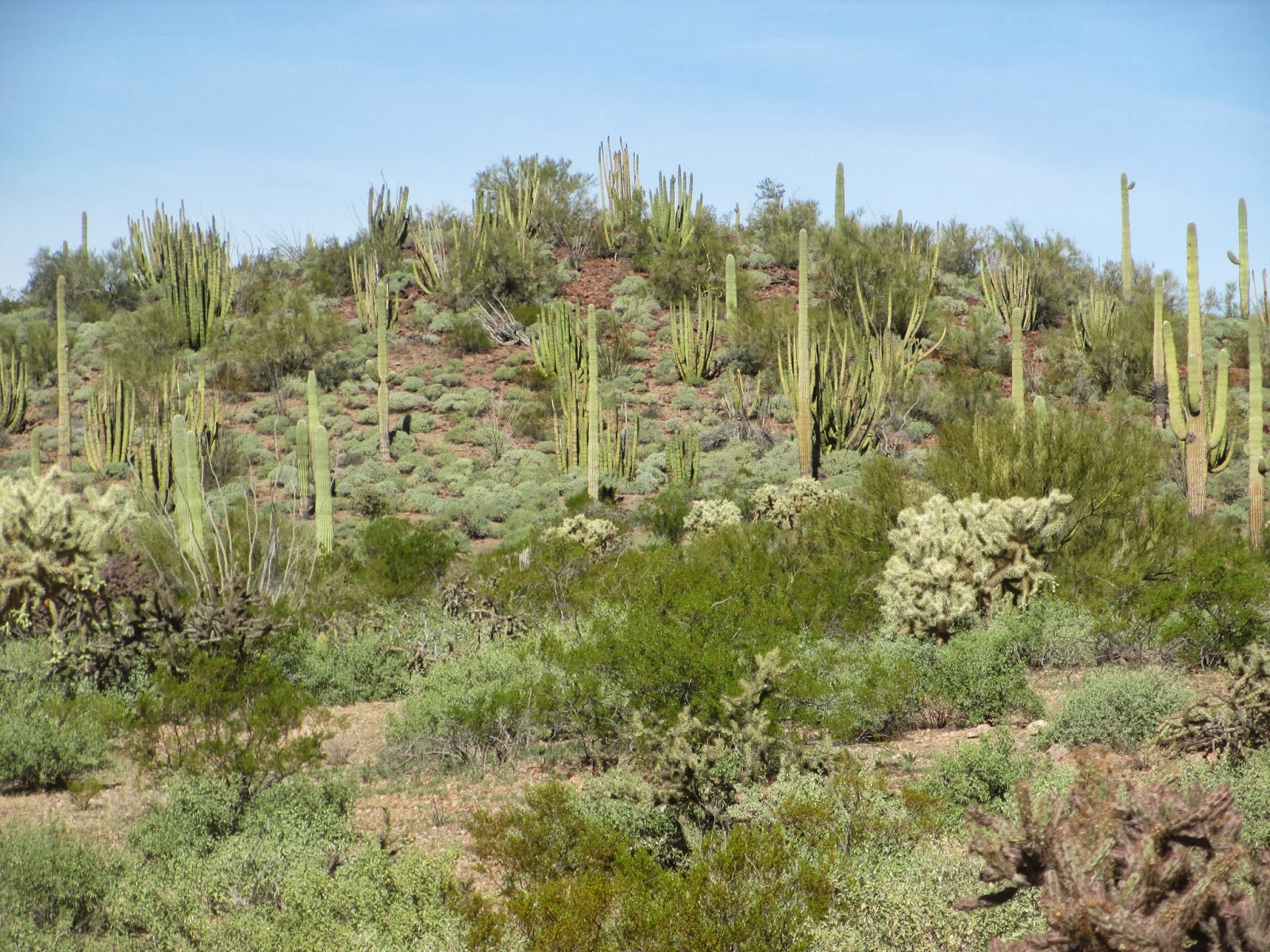 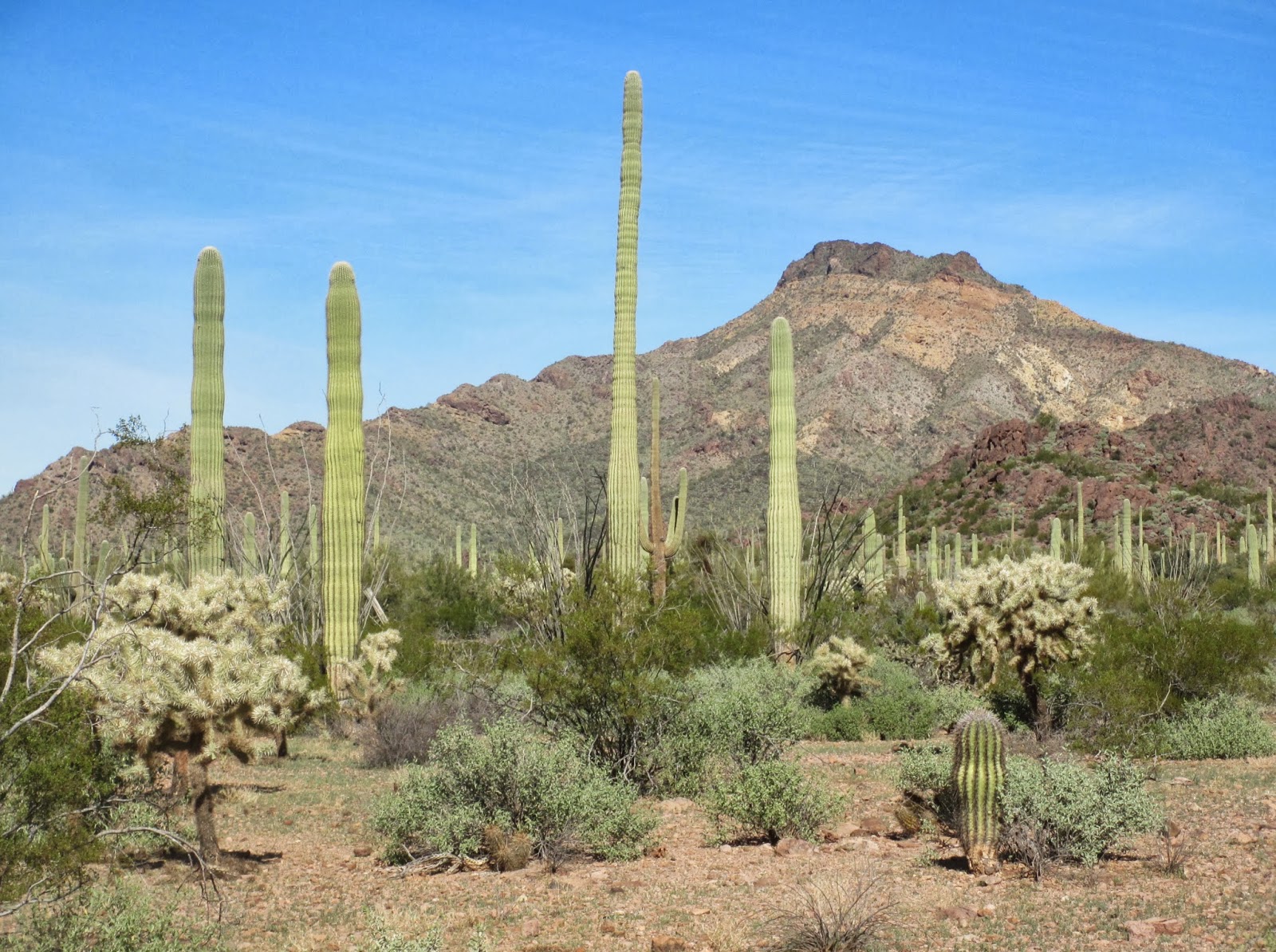 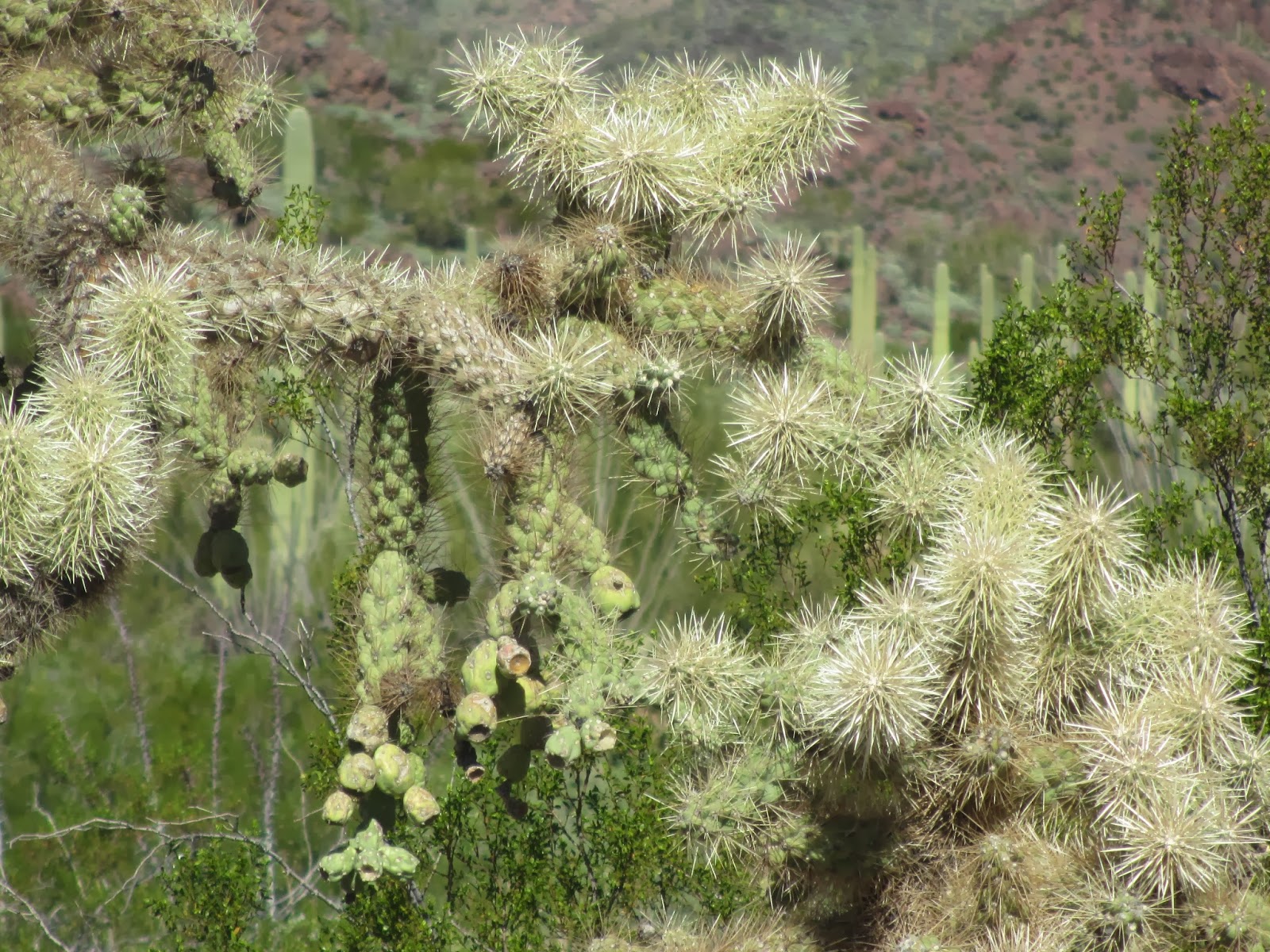 The Chainfruit Cholla was pretty, but not something we'd want to brush up against. 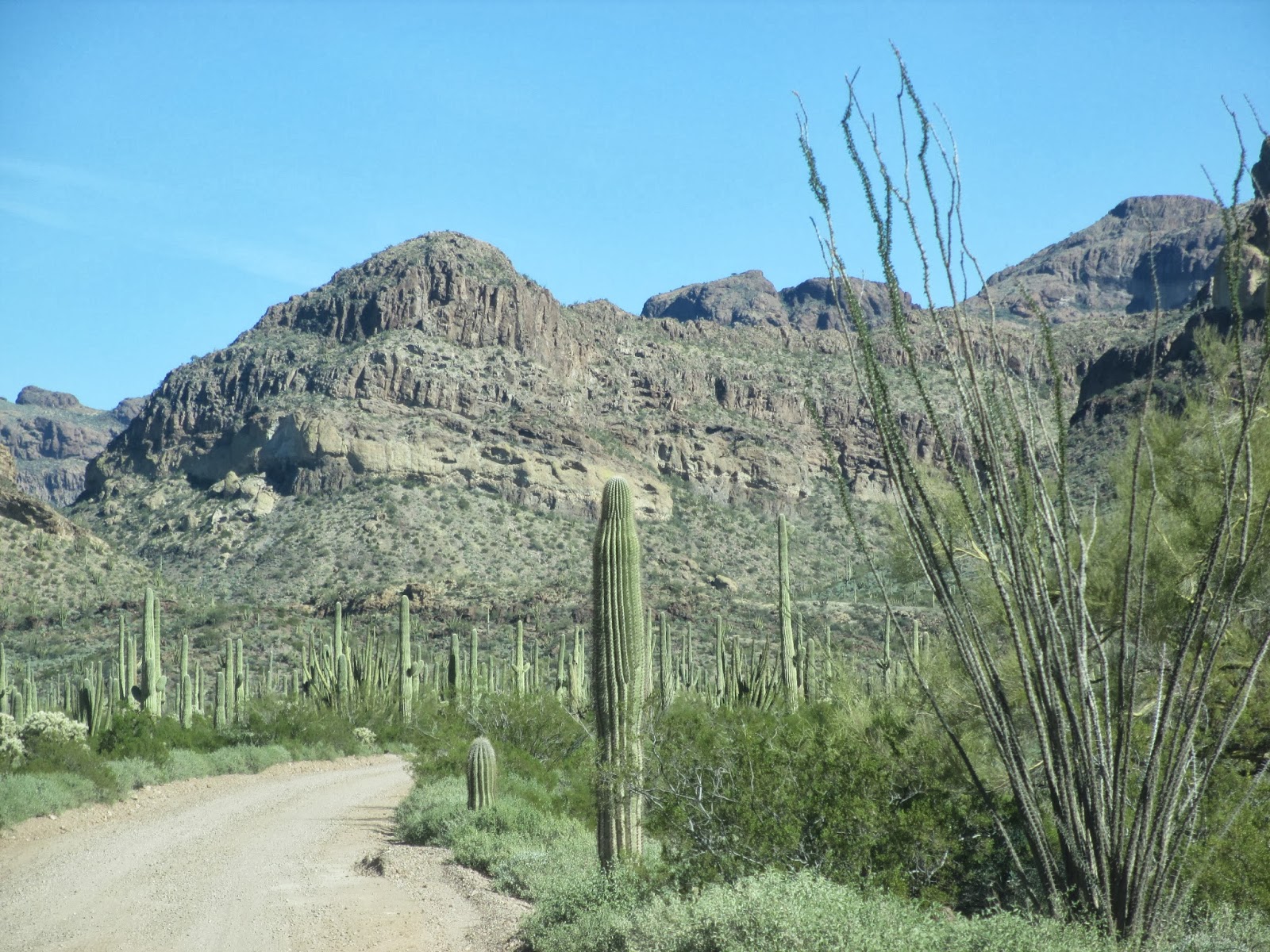 It was getting near lunch time, so we found a picnic area along the trail and had a sandwich and took some more pictures. 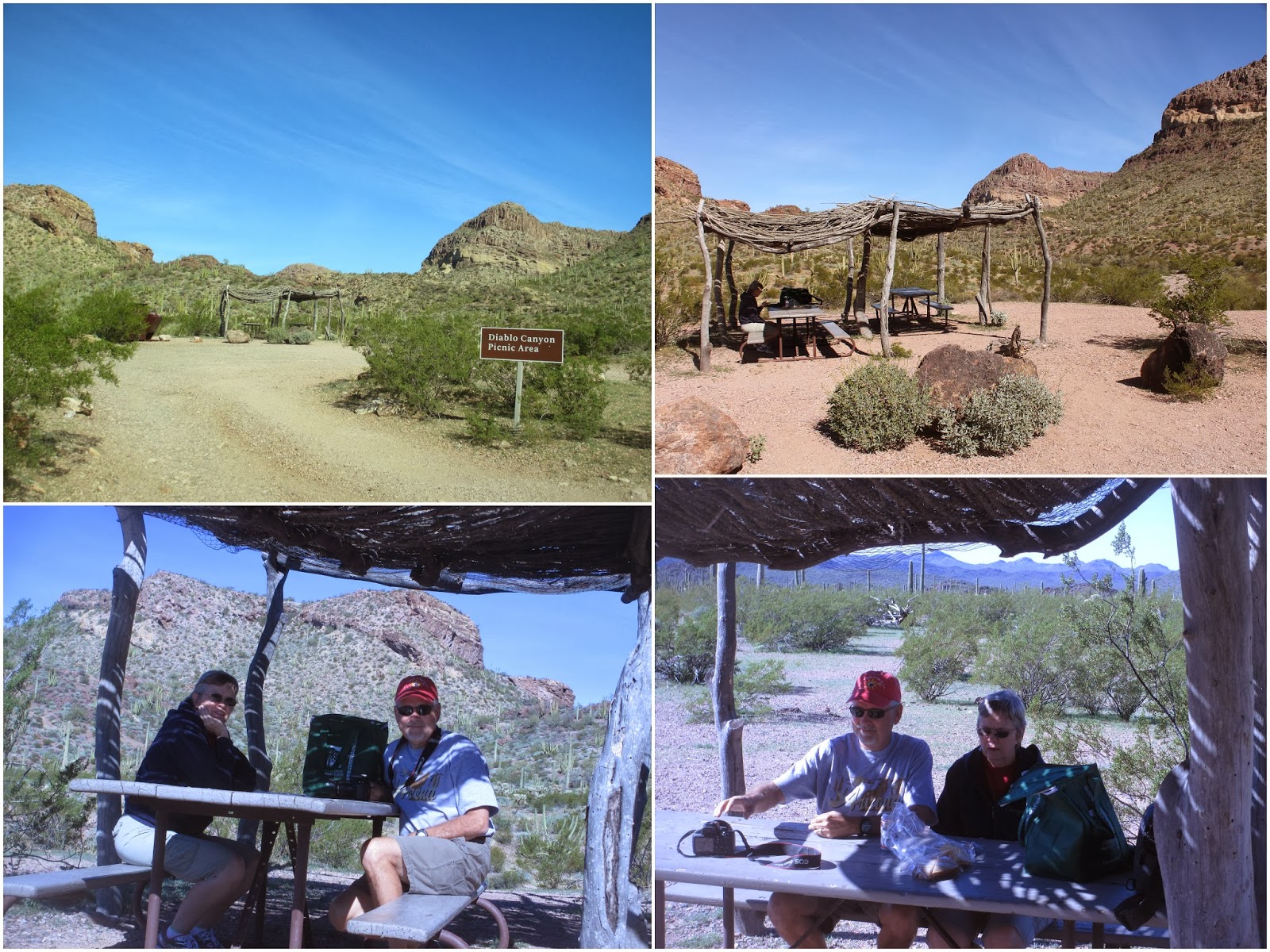 Diablo Wash and the canyons and hills were quite a sight on a pretty day. 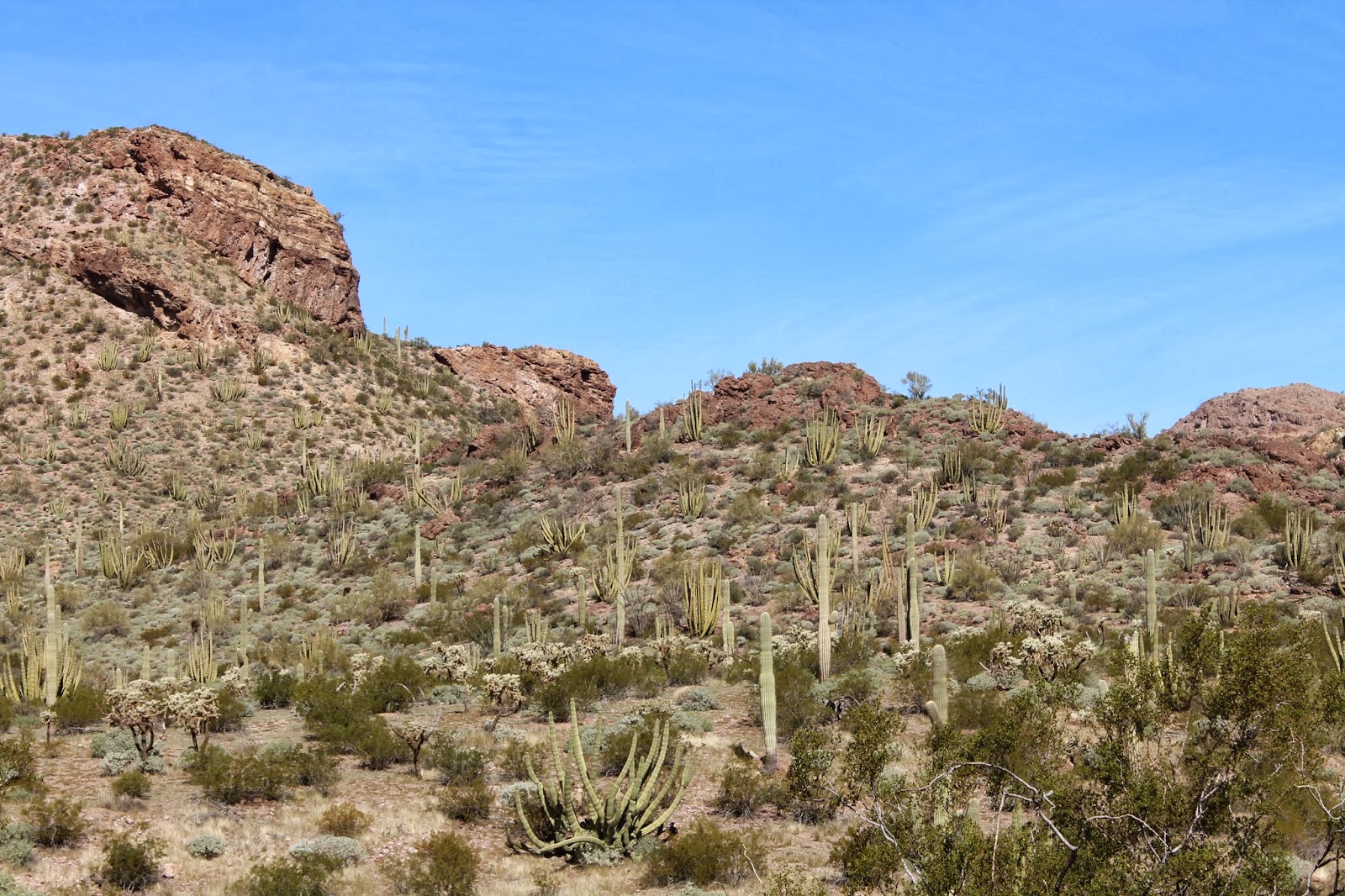 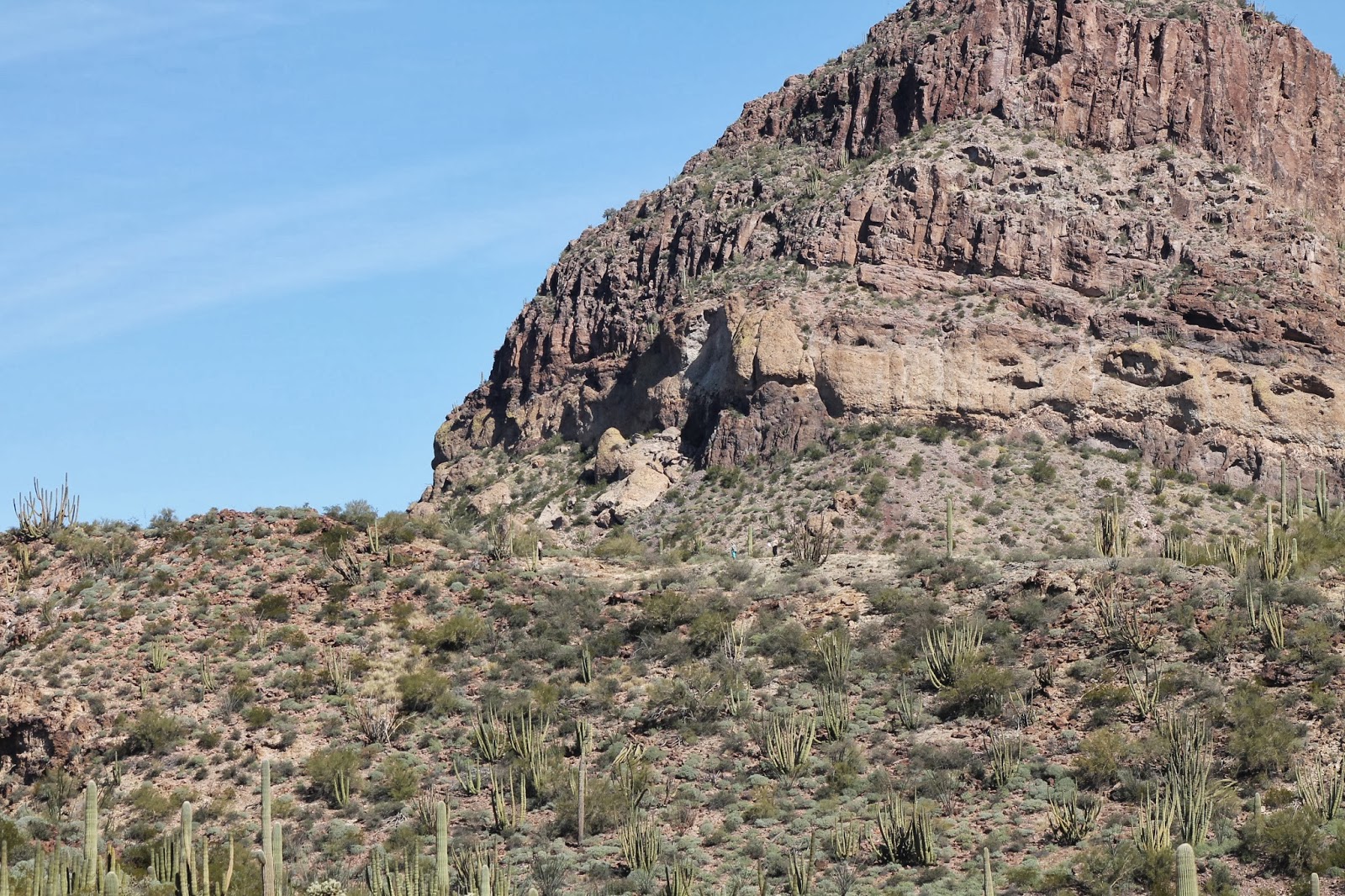 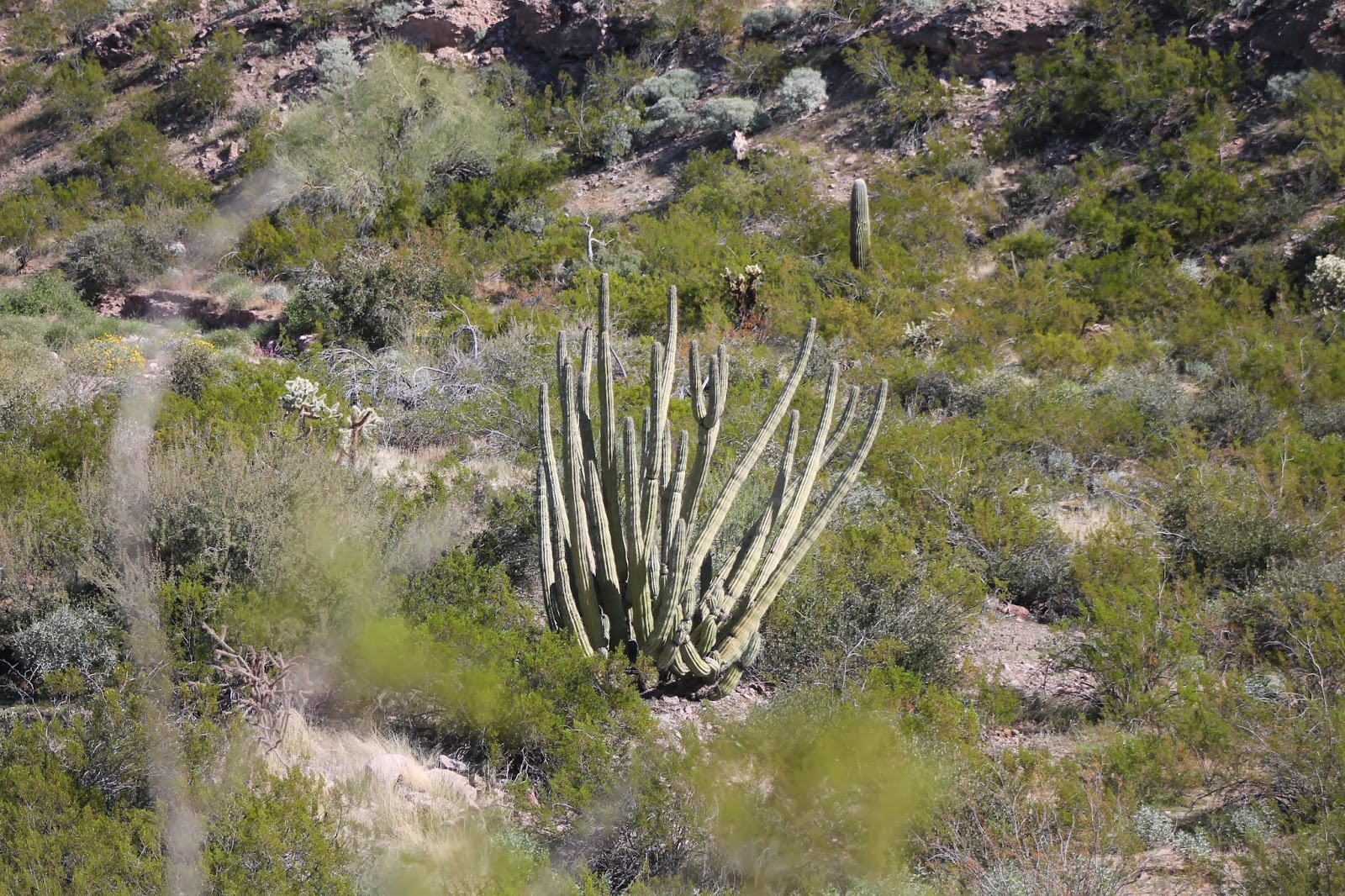 Then a bit of a surprise - an arch formed a long time ago.  Named the Arches of Organ Pipe National Monument, there is a hiking trail that leads up to the area. 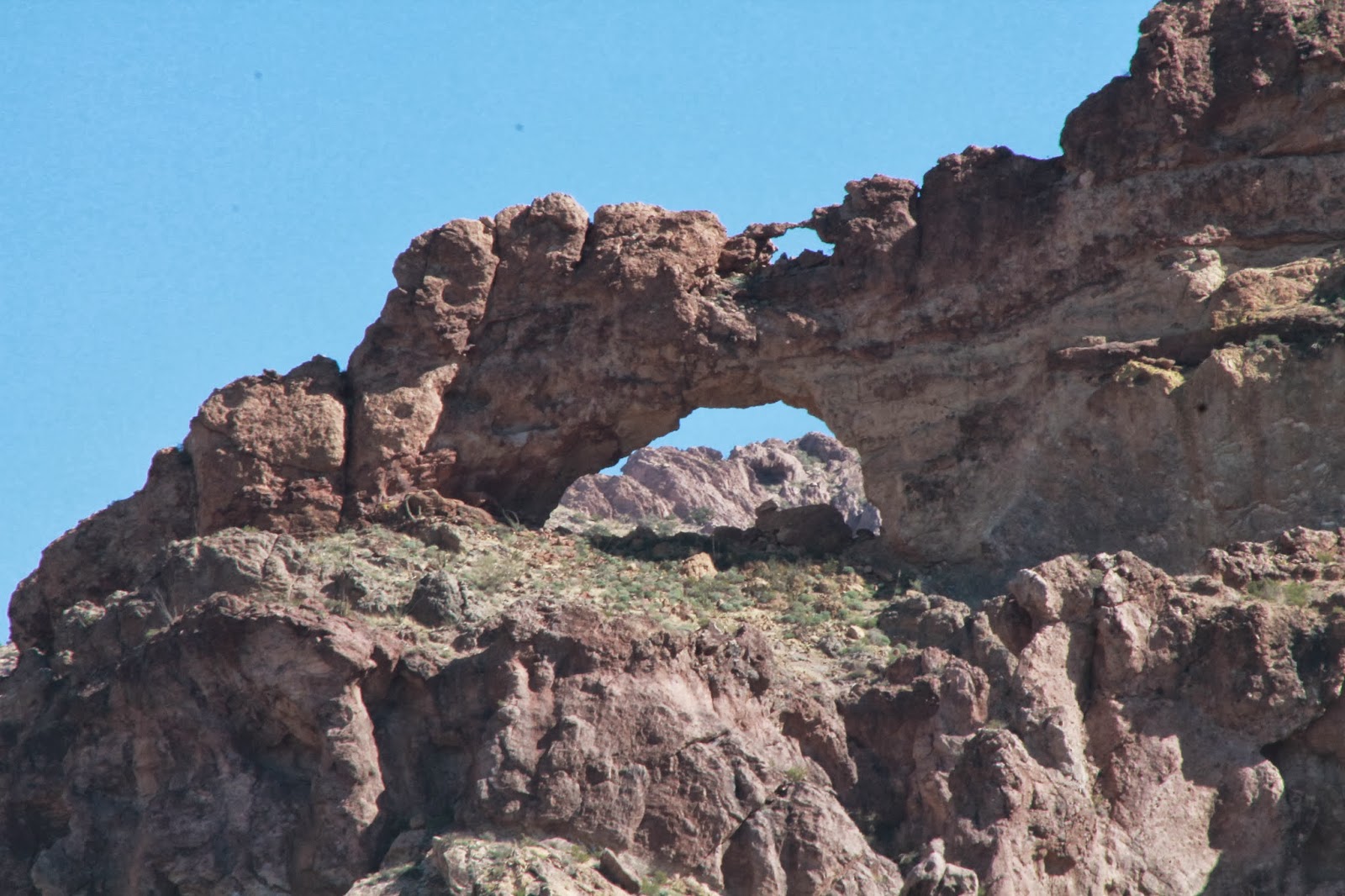 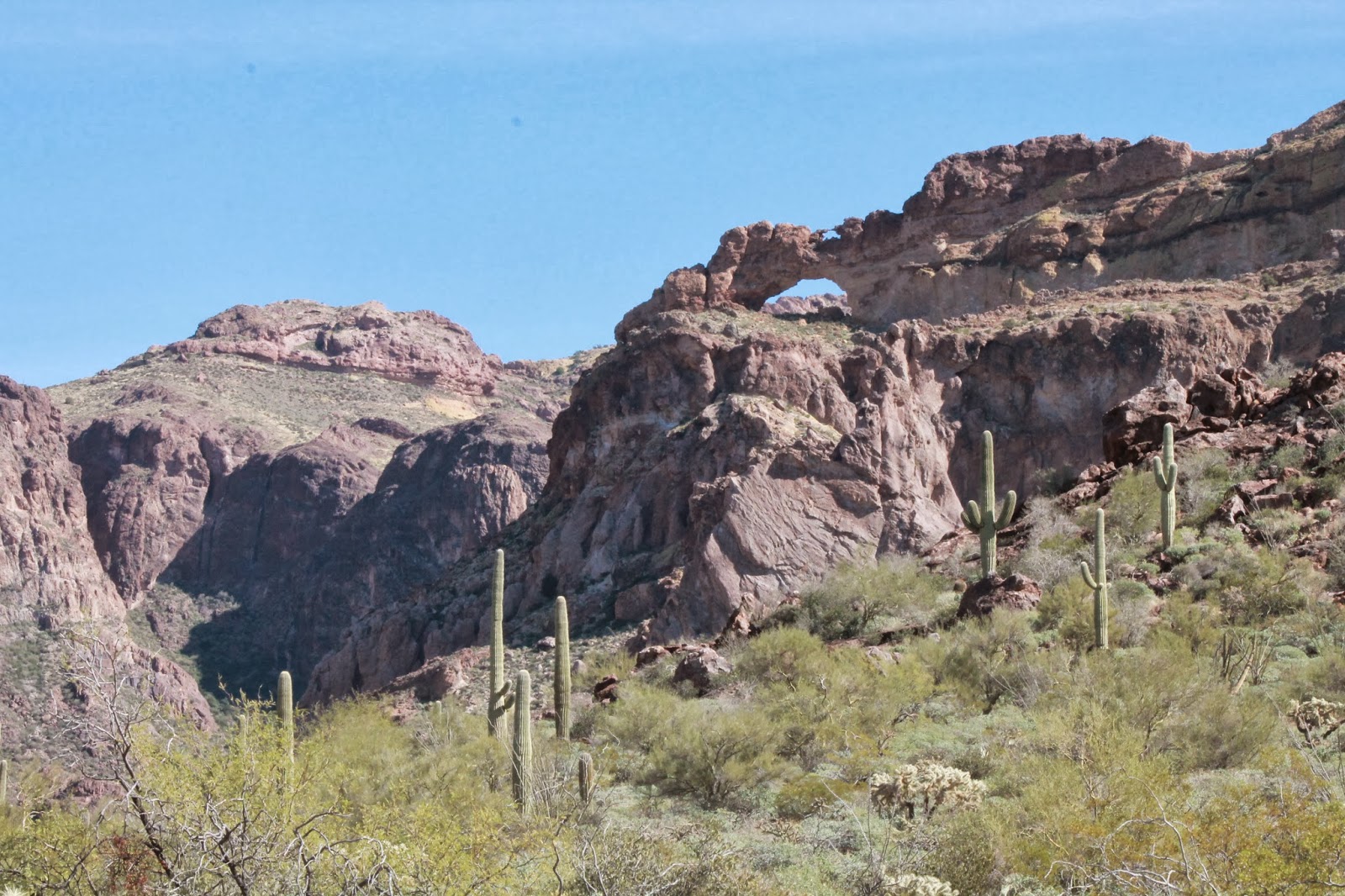 The drive took about 2 hours and was very pleasant.  Another sensational look at a different kind of desert beauty. 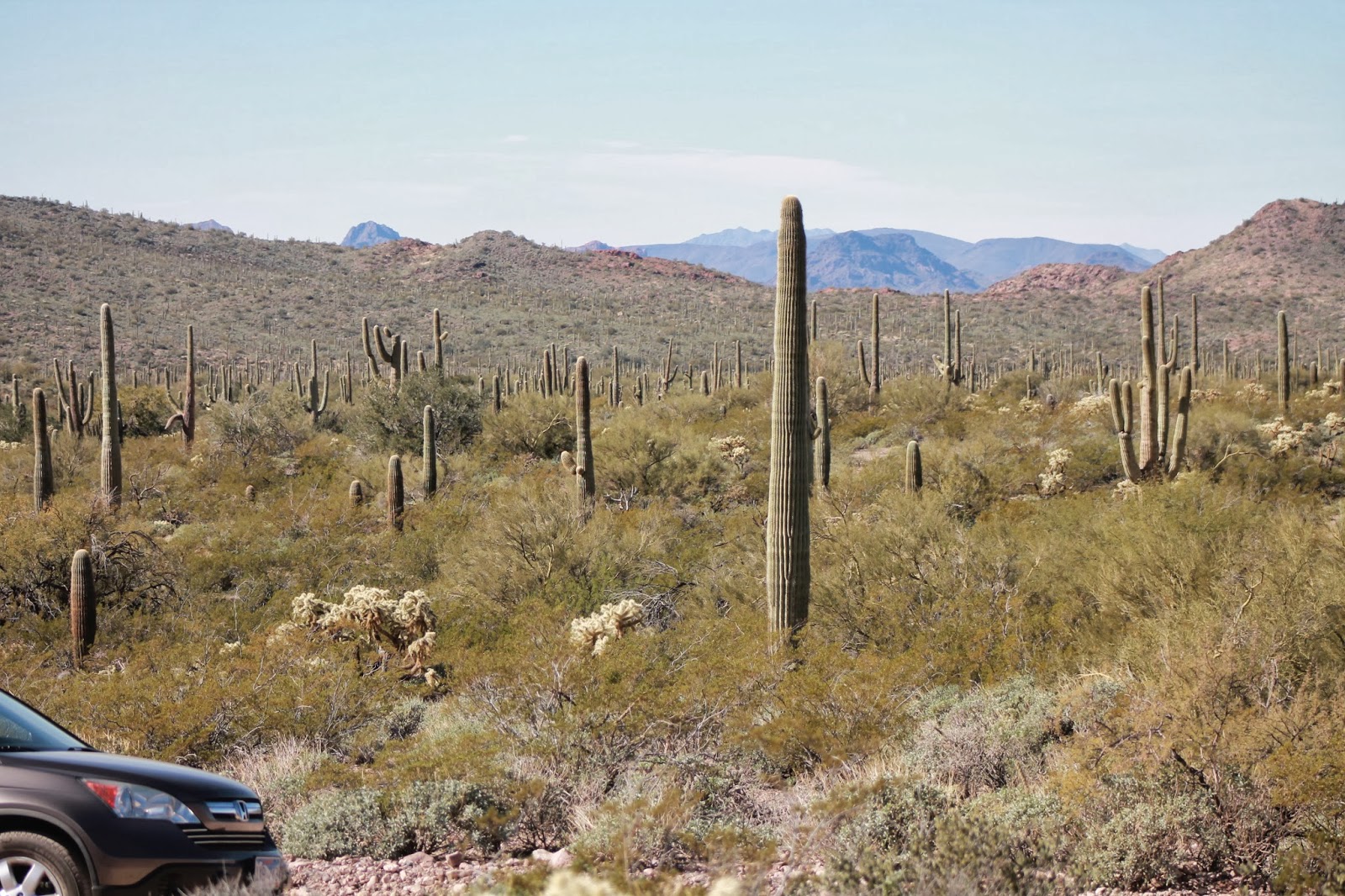 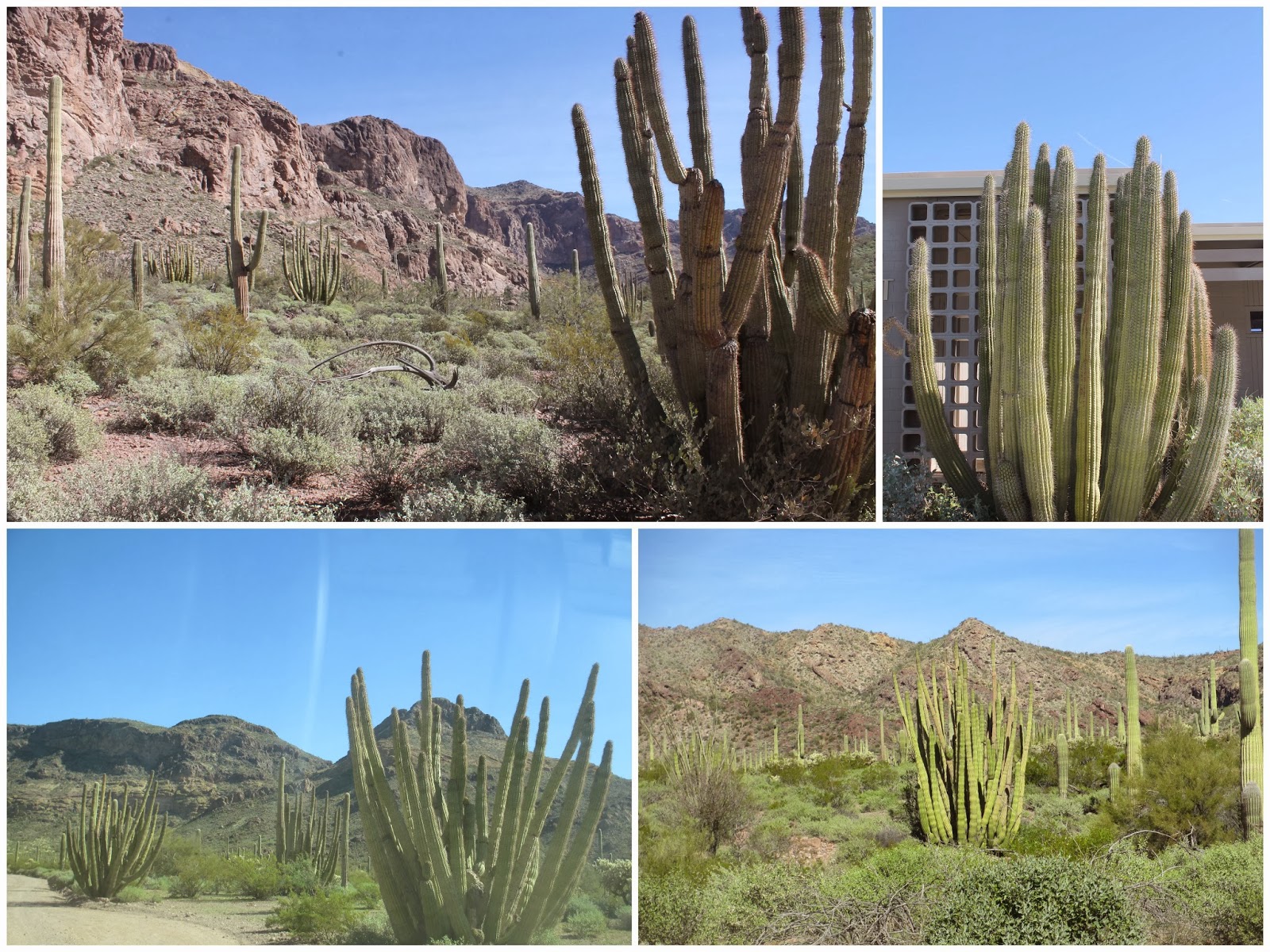 As a bonus, I thought I'd add my latest picture of a Roadrunner.  I am honing my technique a little bit and 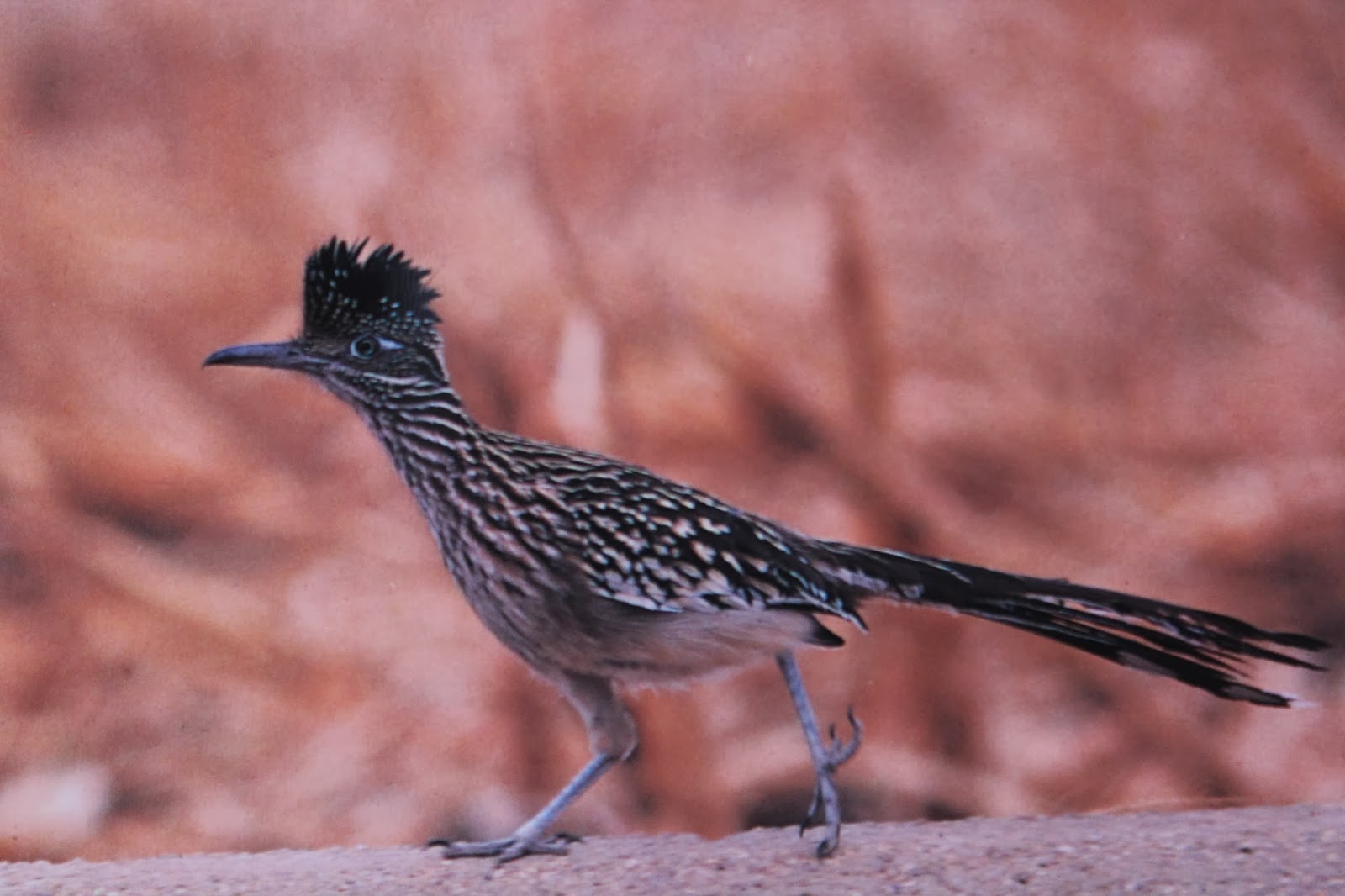 adjusting the light and reflection.  One of my better efforts-- of taking a picture of a postcard from the gift shop.