We drove down to Benson, AZ from the campground at Davis-Monthan AFB and met up with Paul and Bobbi.

Then we drove down to Willcox, had lunch and continued on to Chiricahua National Monument.

The drive from Tucson was beautiful, even though it was mostly an overcast day.  It was a little cooler (especially at 6800+ feet) than it has been, but we brought plenty of clothes.  And the views were panoramic, sweeping vistas from one side of the valley to the other from Benson eastward.  I wished I had pulled out my camera for a few photos of the surrounding mountains in the distant.

The landscape changed quite a bit as we left the turnoff at Willcox and drove the remaining 35 miles to the National Monument.  It was more like grasslands than the Arizona desert we were used to in Tucson.

Once there, we took our standard approach to stop in the Visitor Center, take a look at the displays and view the video if they have one. 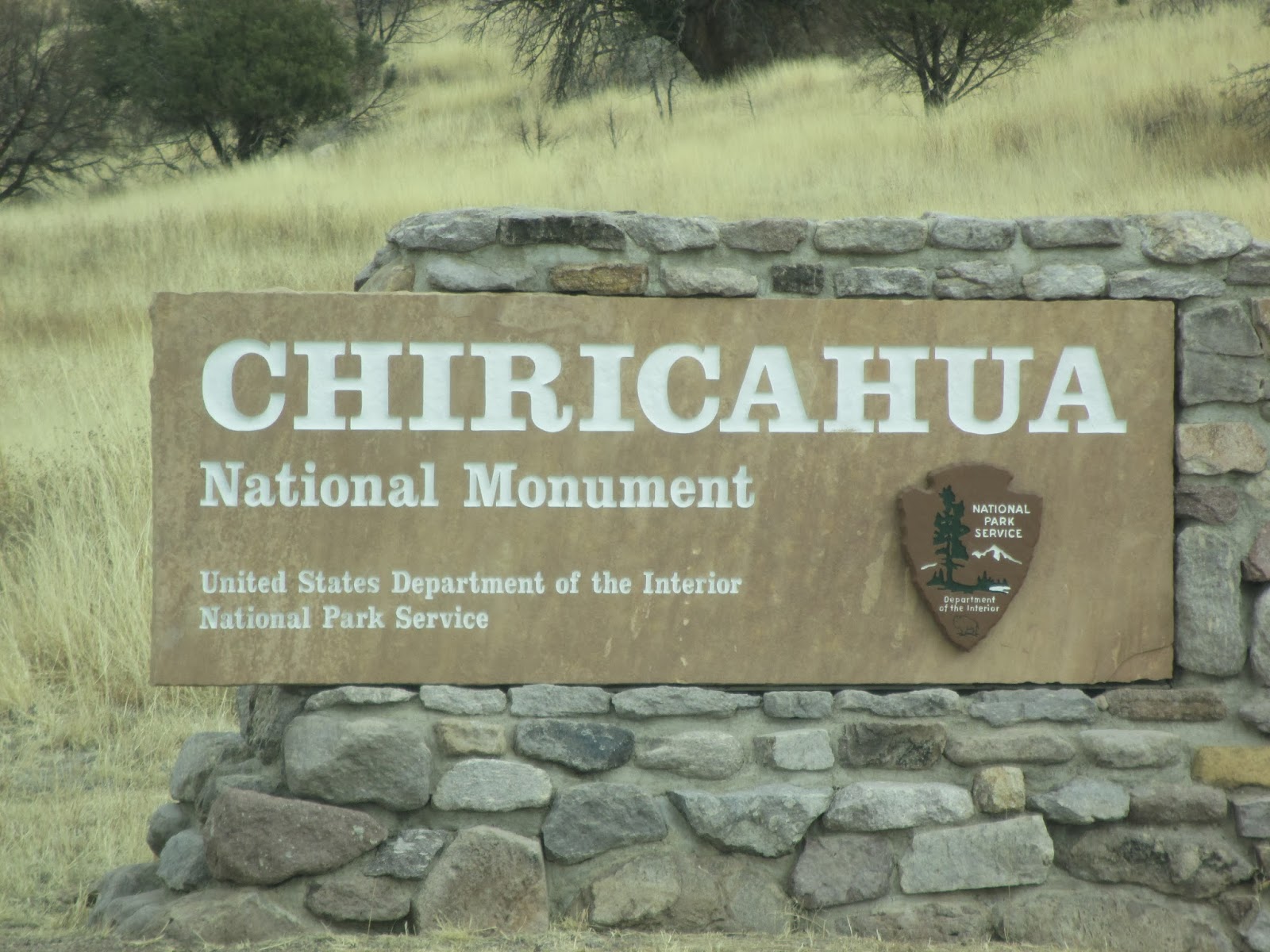 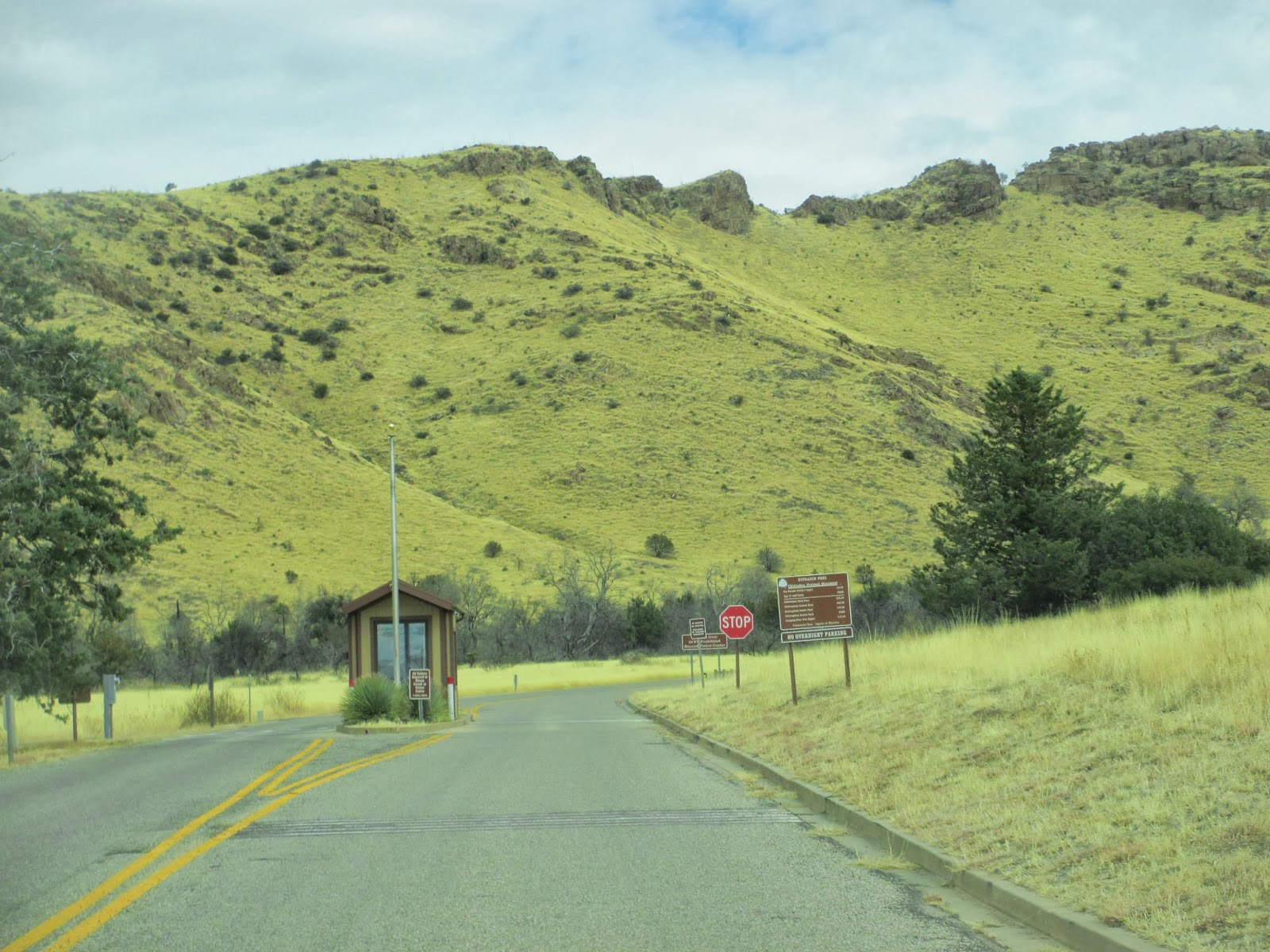 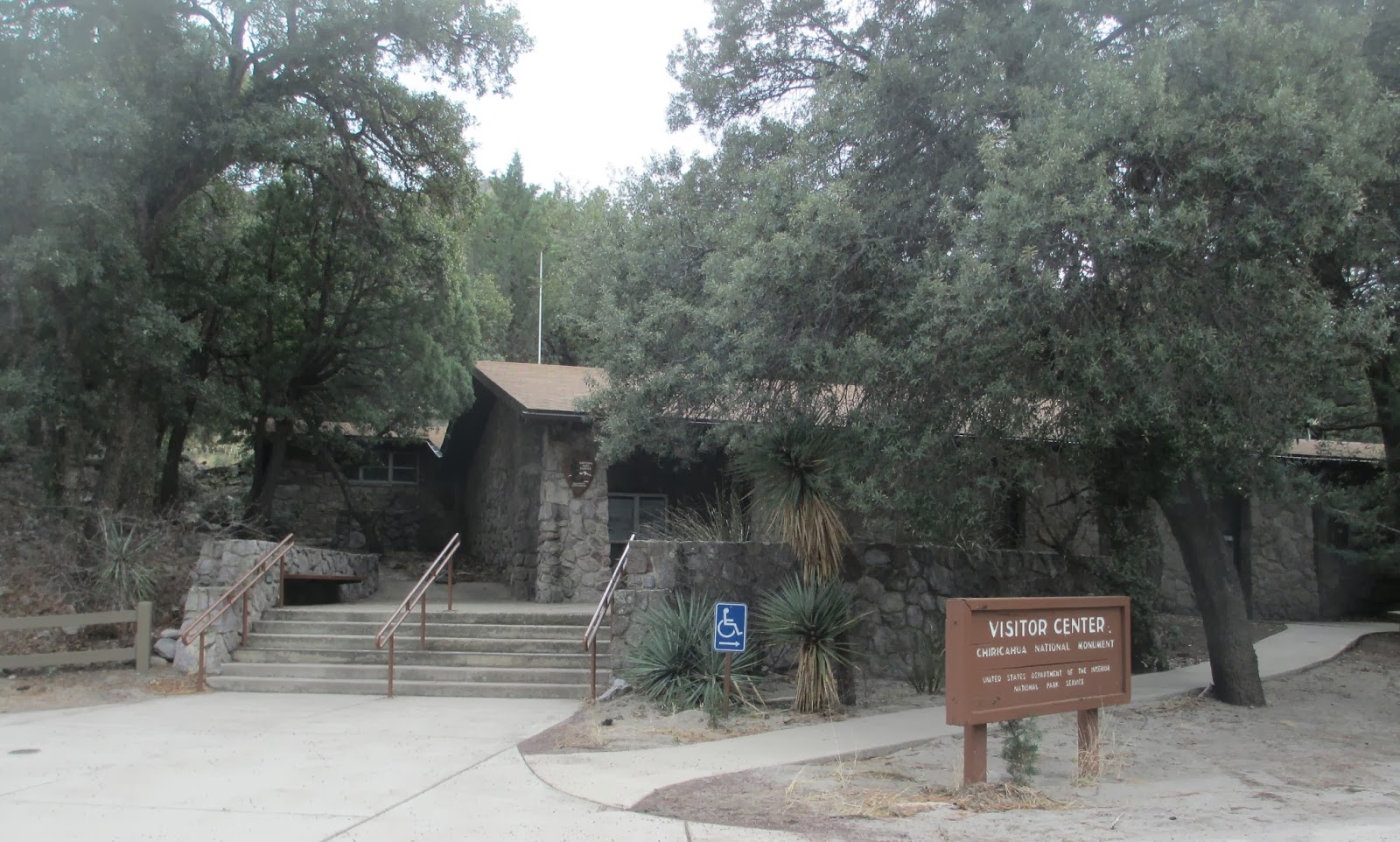 The video was narrated by Rex Allen, Sr and was a perfect mix of geology and history.  Allen was from Willcox, AZ and reached early fame as a singing cowboy in Westerns and later as the Voice of Disney films.

I liked the video and especially the displays at the Visitor Center.  They were small, but full information I found interesting. 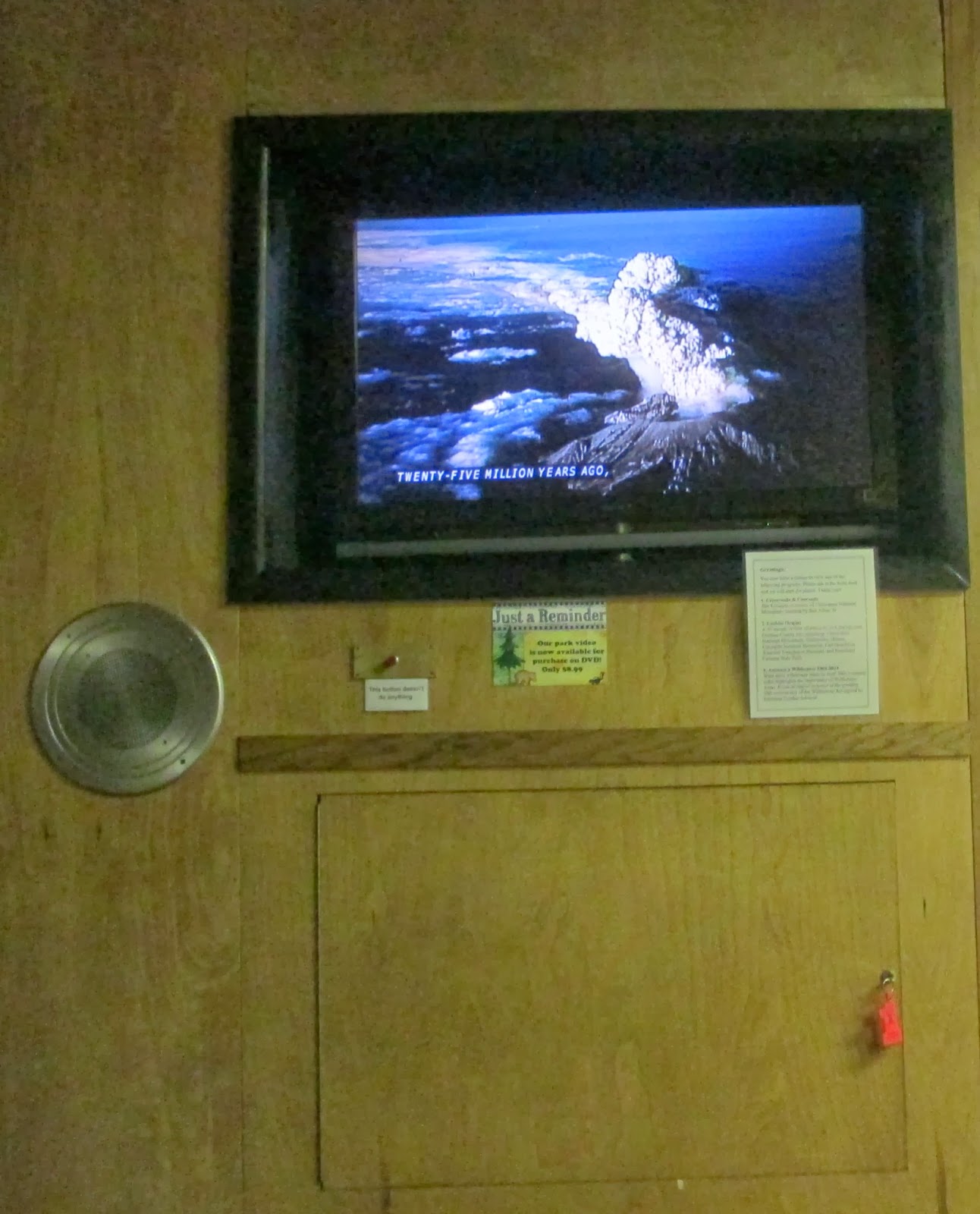 This area was once Cochise and Geronimo country. 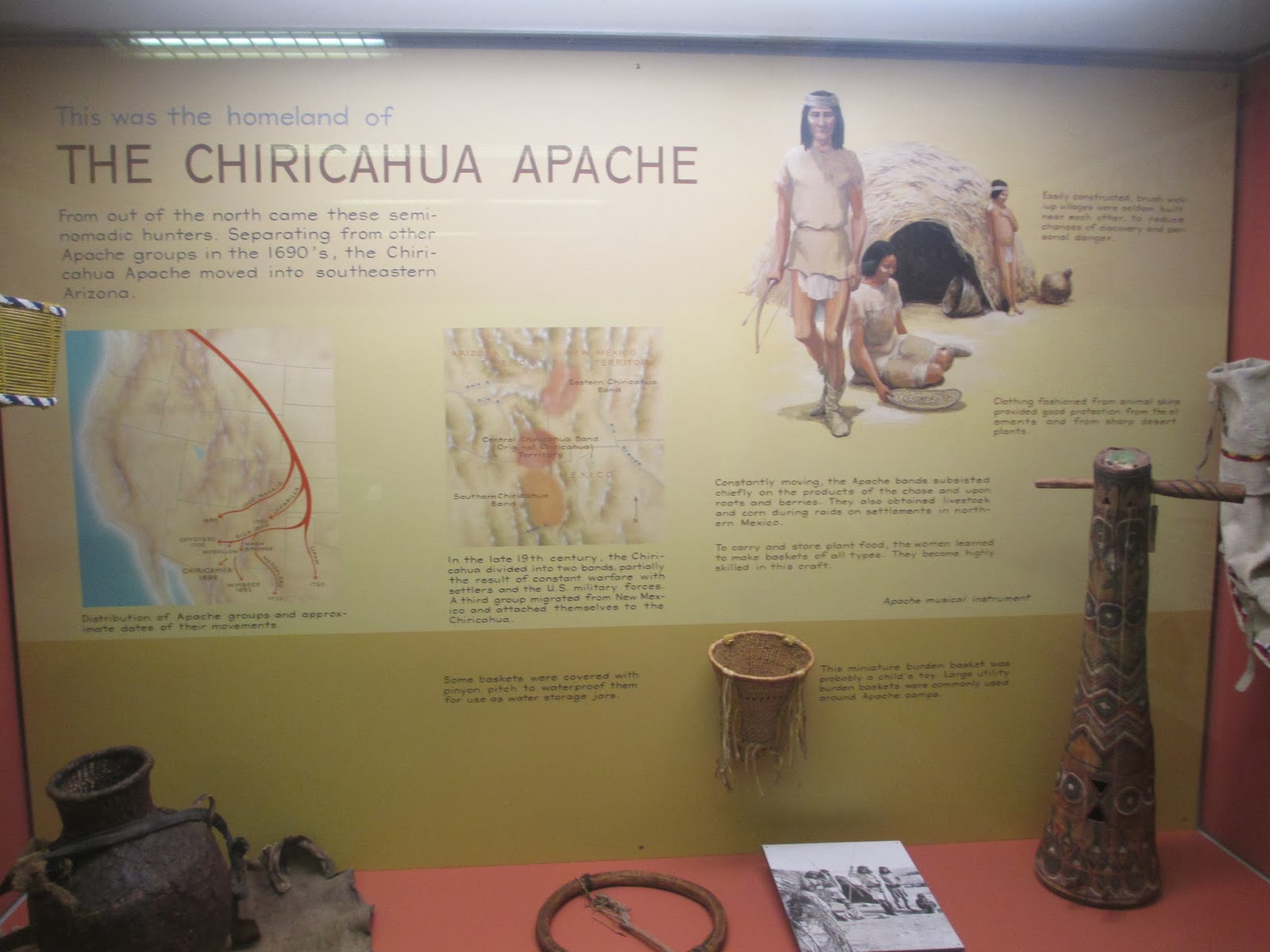 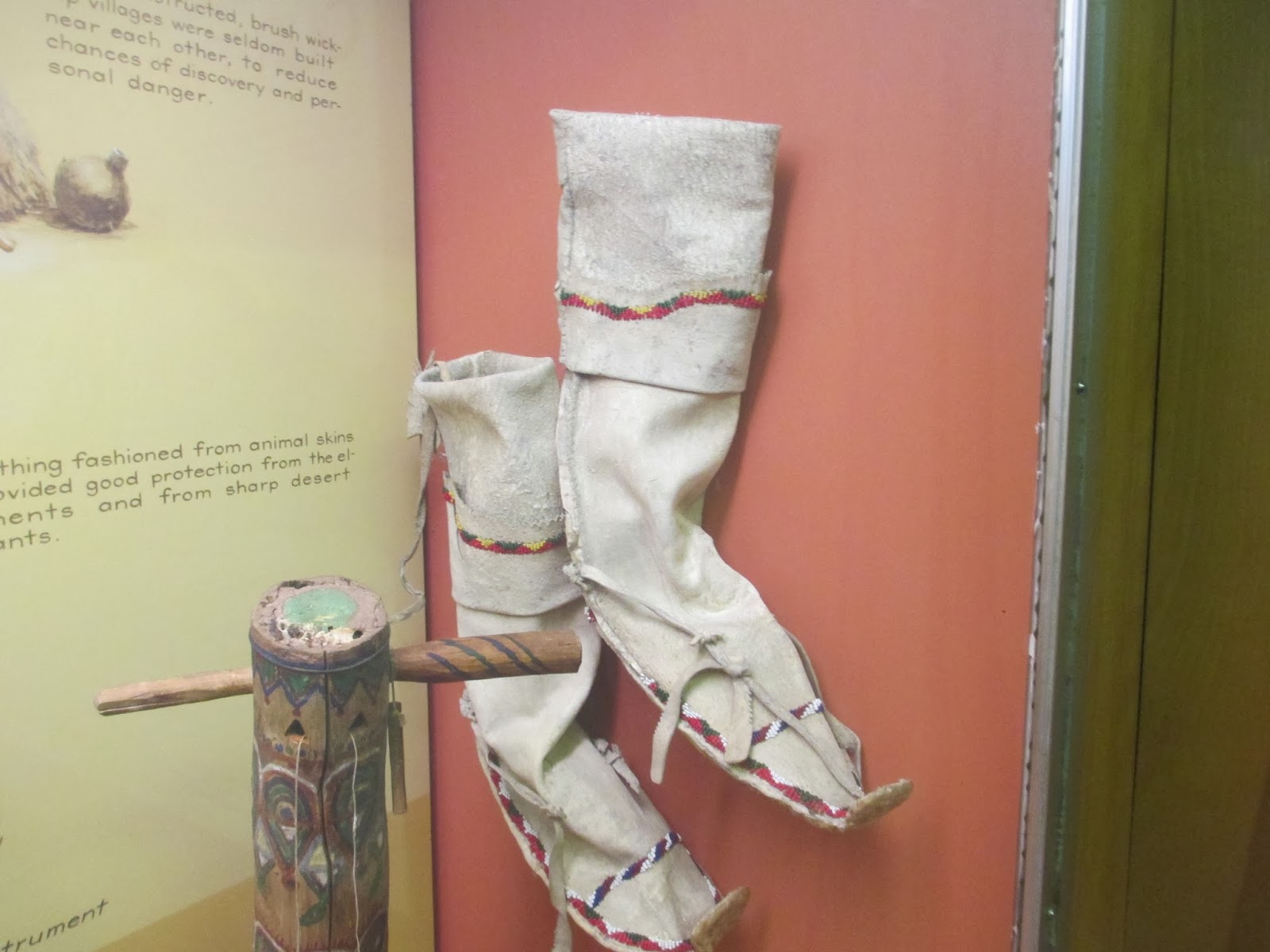 And the Civilian Conservation Corps were active in the area in the 1930's and early 1940s. 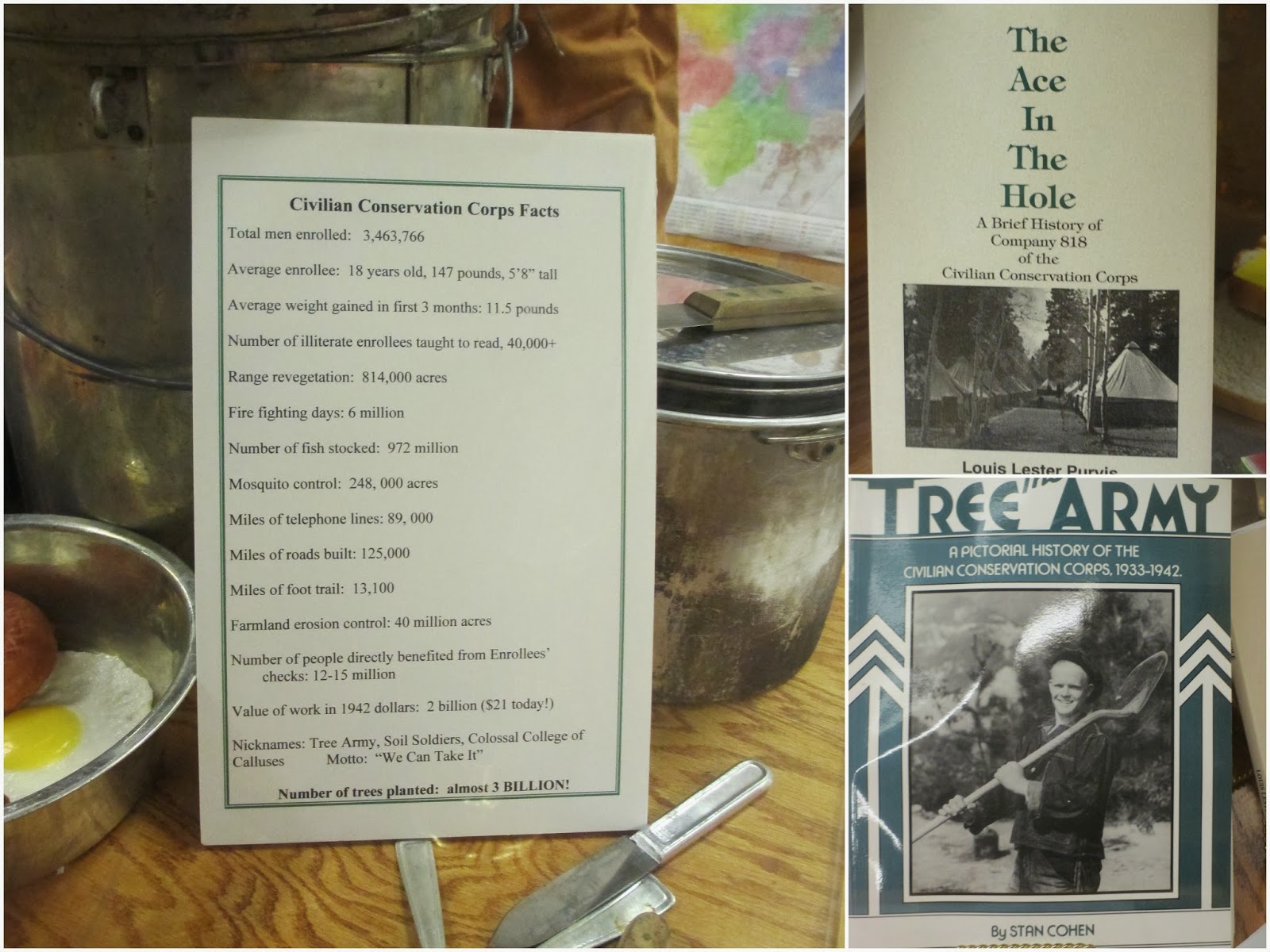 From there we drove up the canyon and took a couple of nice hikes:  first along the Massai Nature Trail and then over to the Echo Canyon Trail. 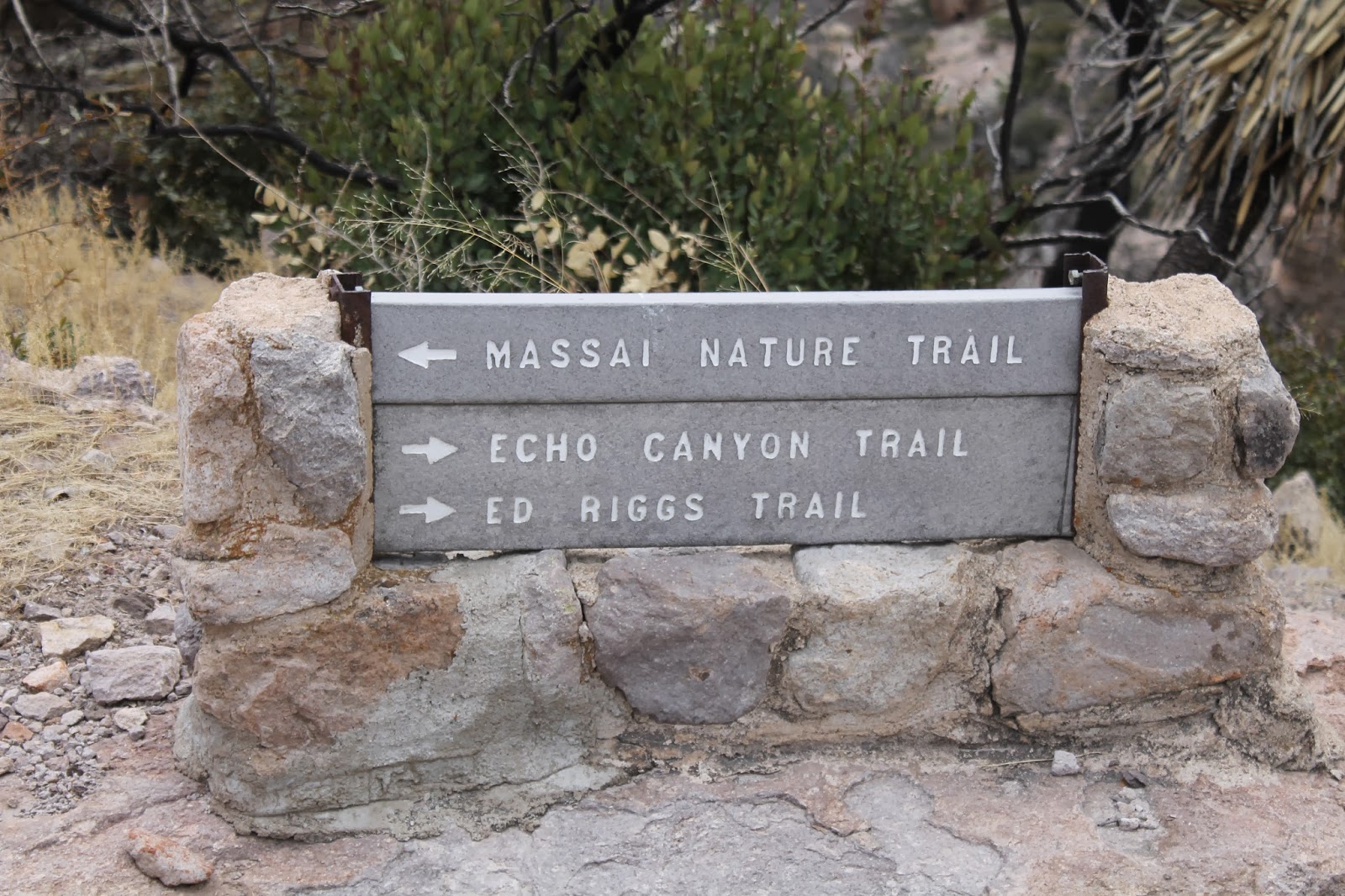 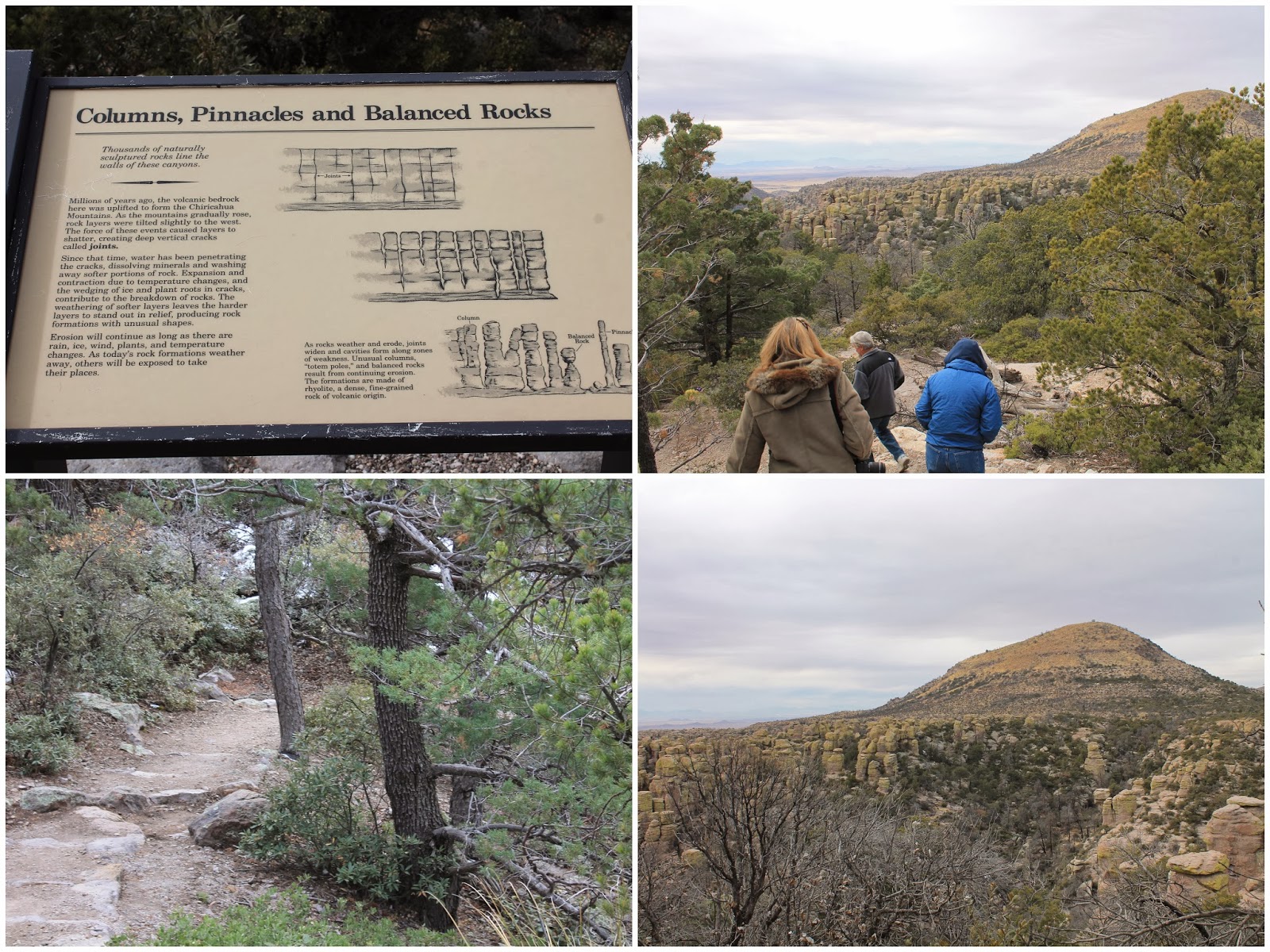 Columns, Pinnacles and Balanced Rocks really says it all.  The formations were quite different. 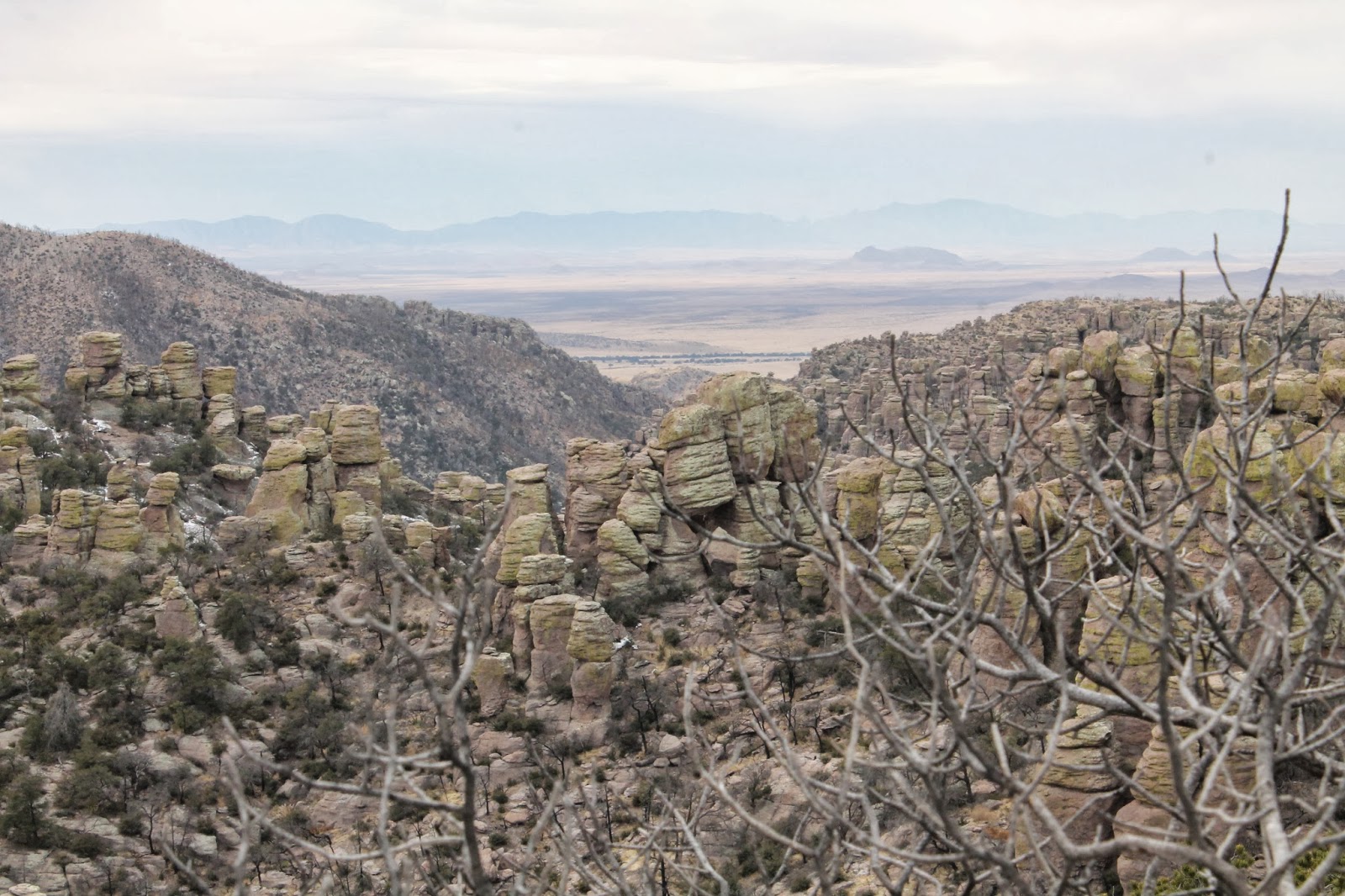 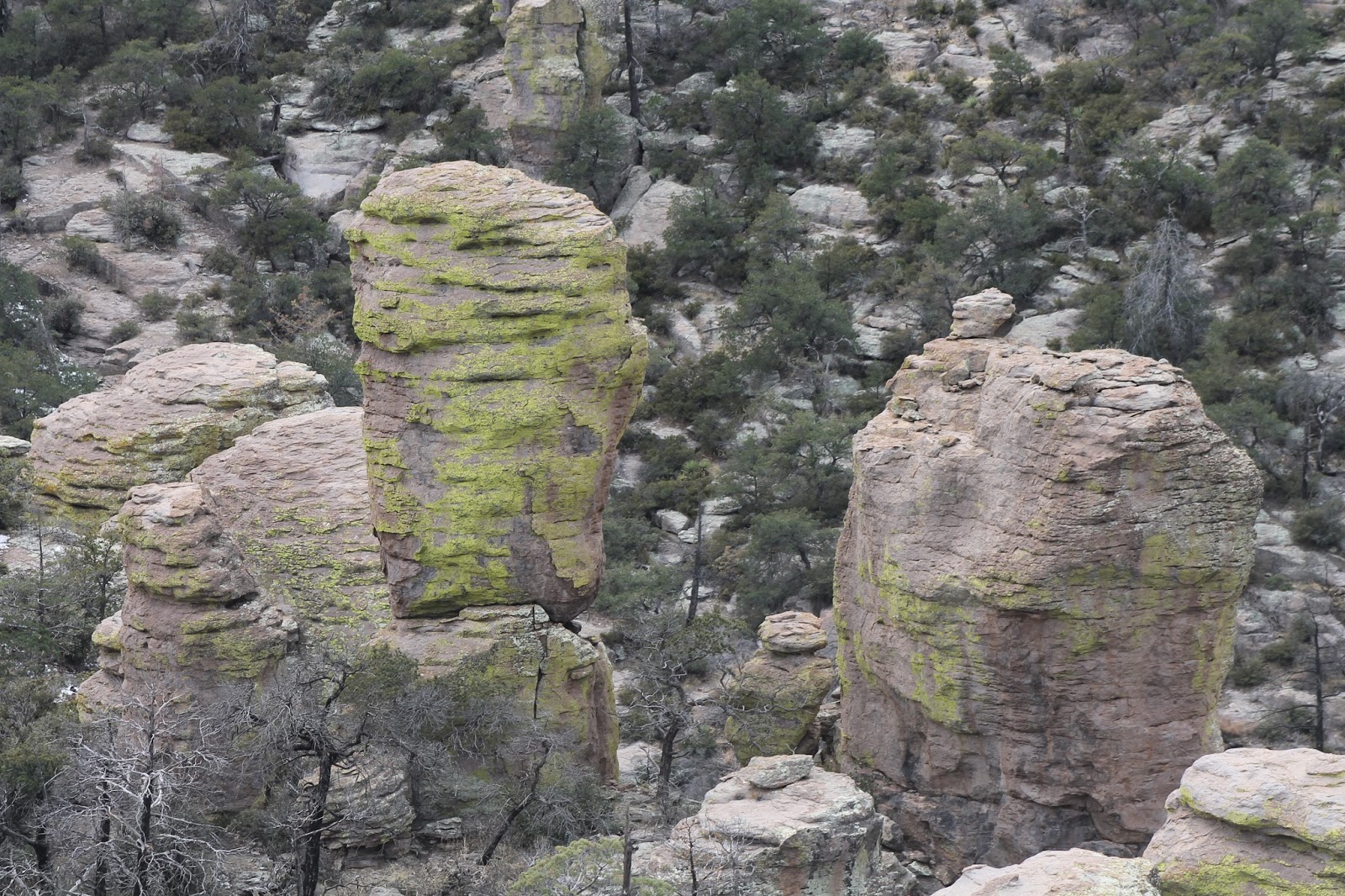 Similar in a way to the Organ Cactus National Monument, this area had a lot more green foliage and  on the rocks than we were expecting.  Paul and Bobbi had been here a couple of weeks ago and it had a quite different look. 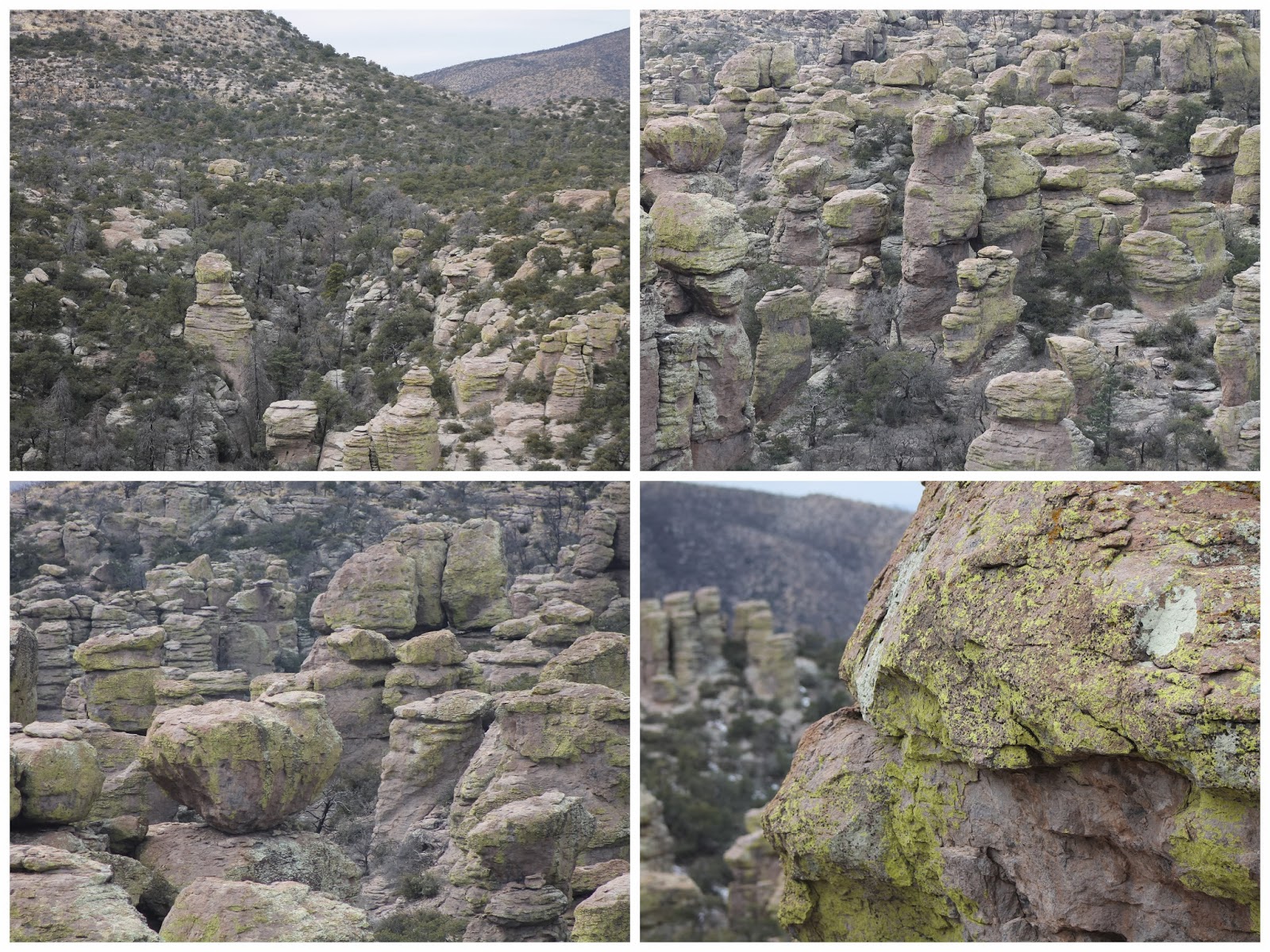 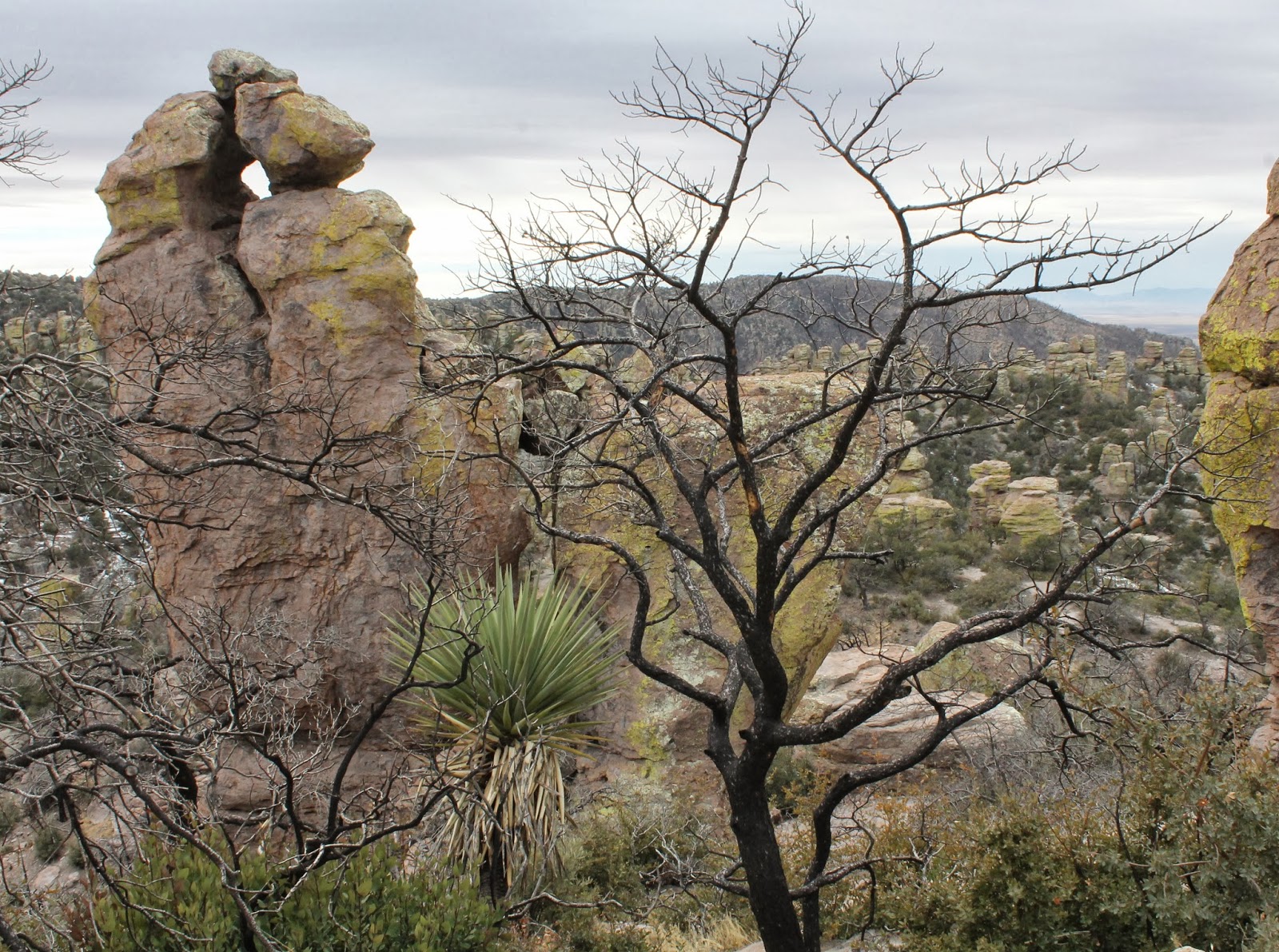 If it looks a bit nippy, it is because it was.  Not quite too cold, just brisk enough for a couple of layers and a windbreaker. 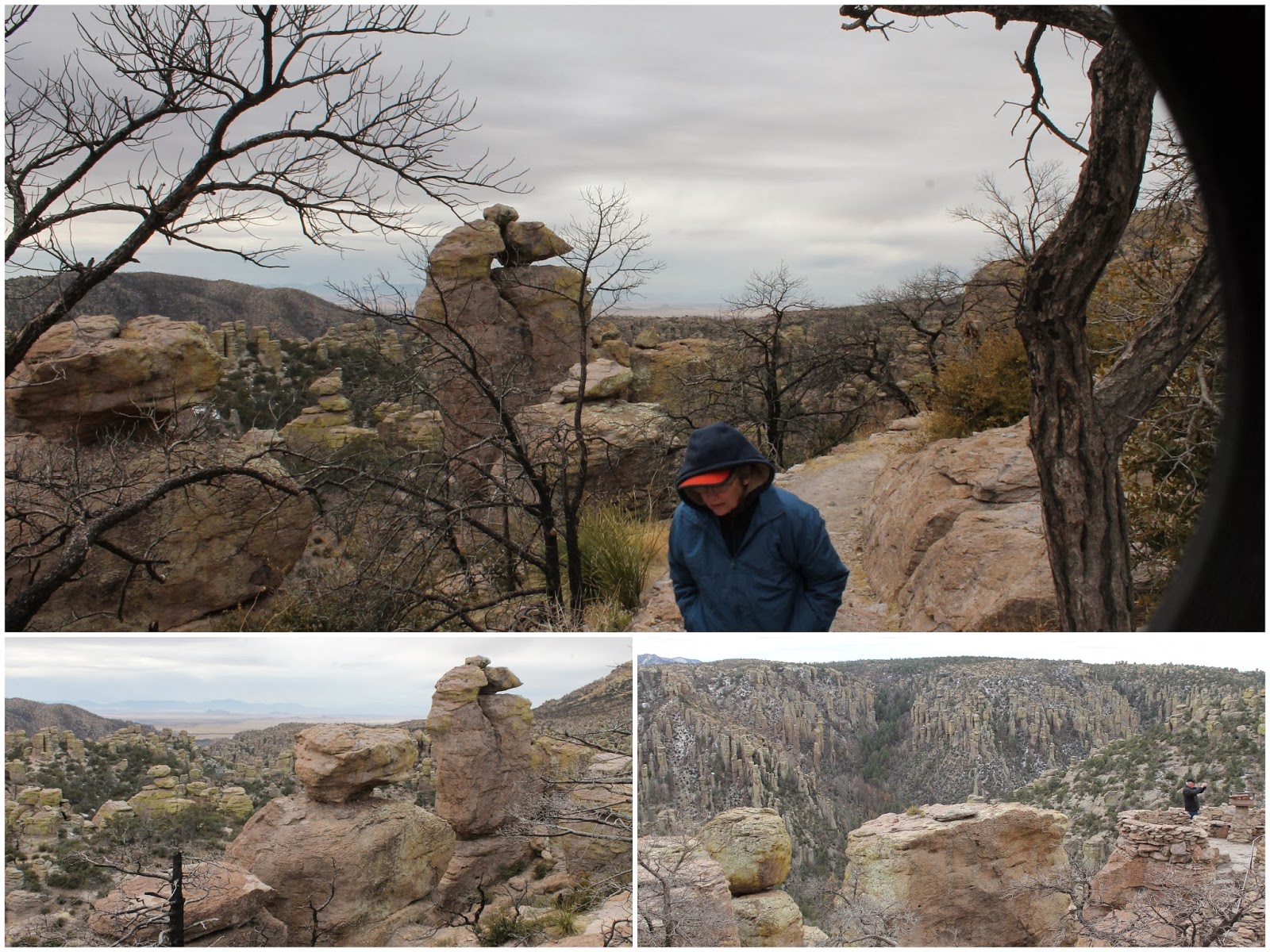 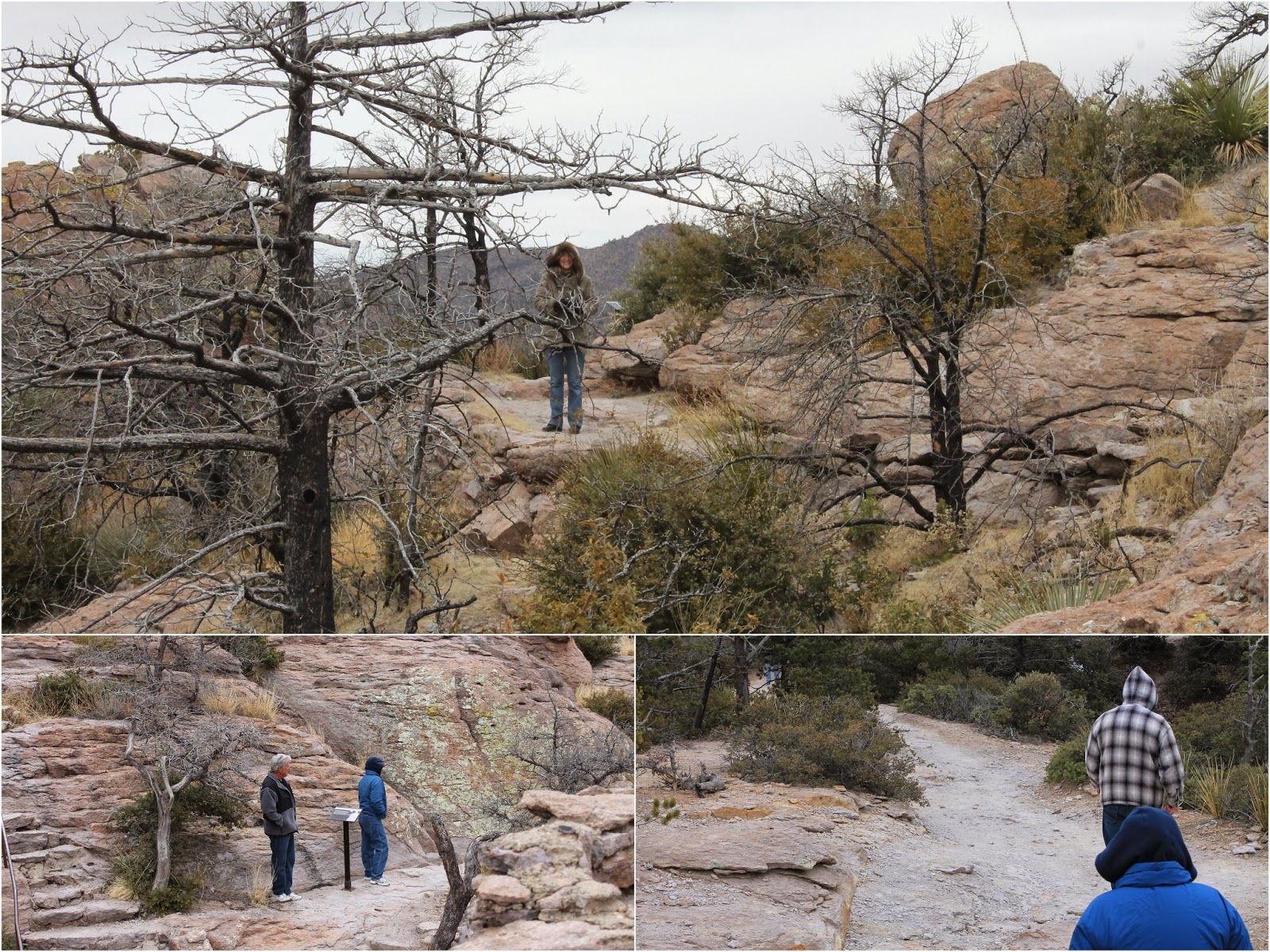 And a hood and/or a second jacket at times.  But still it wasn't too cold.  More invigorating I guess.
After the Massai Trail, it was over to the Echo Canyon Trail Loop. 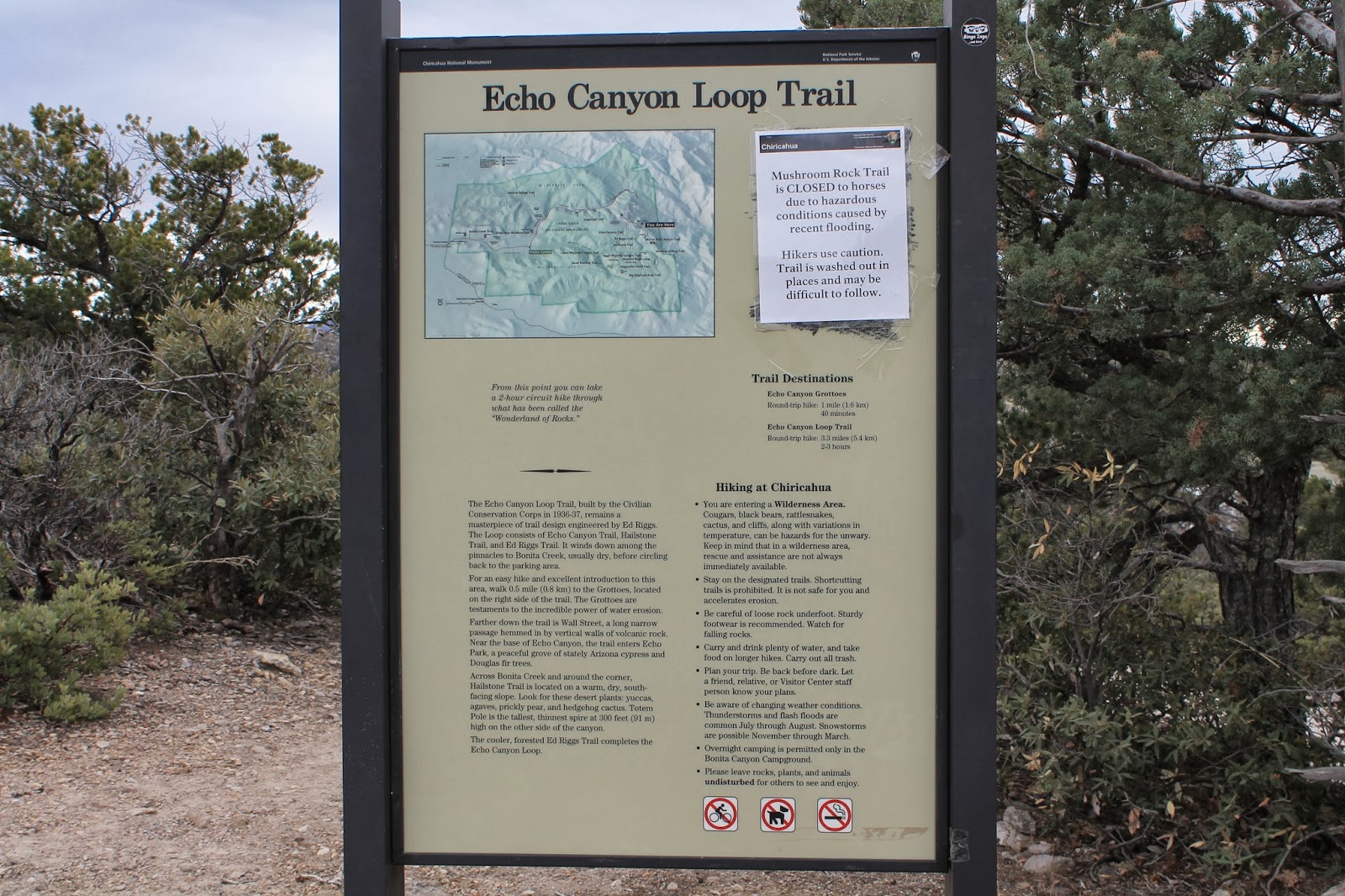 Another trail of beautiful rock formations and sights that were good just to stop and take in.  Just spectacular. 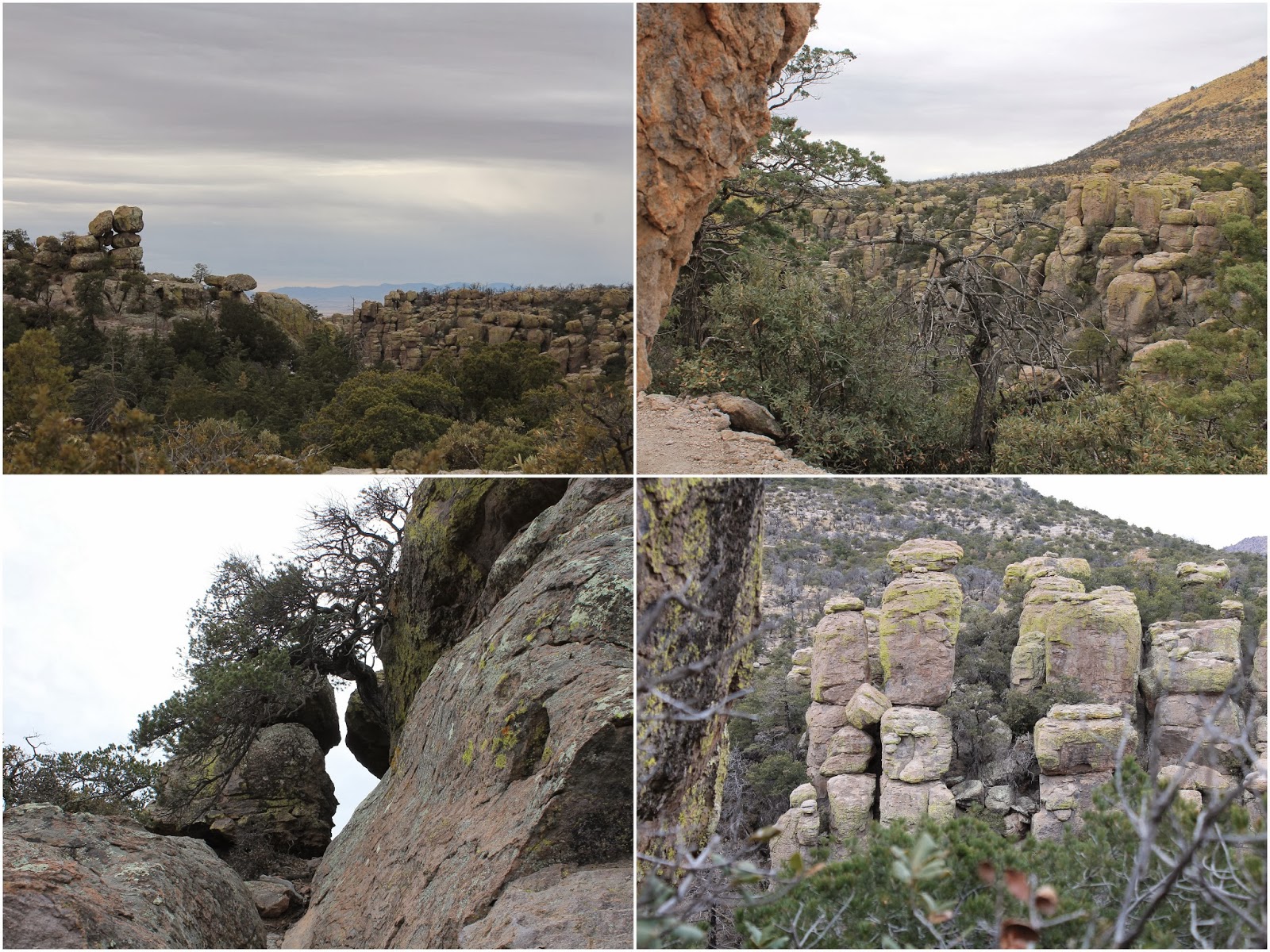 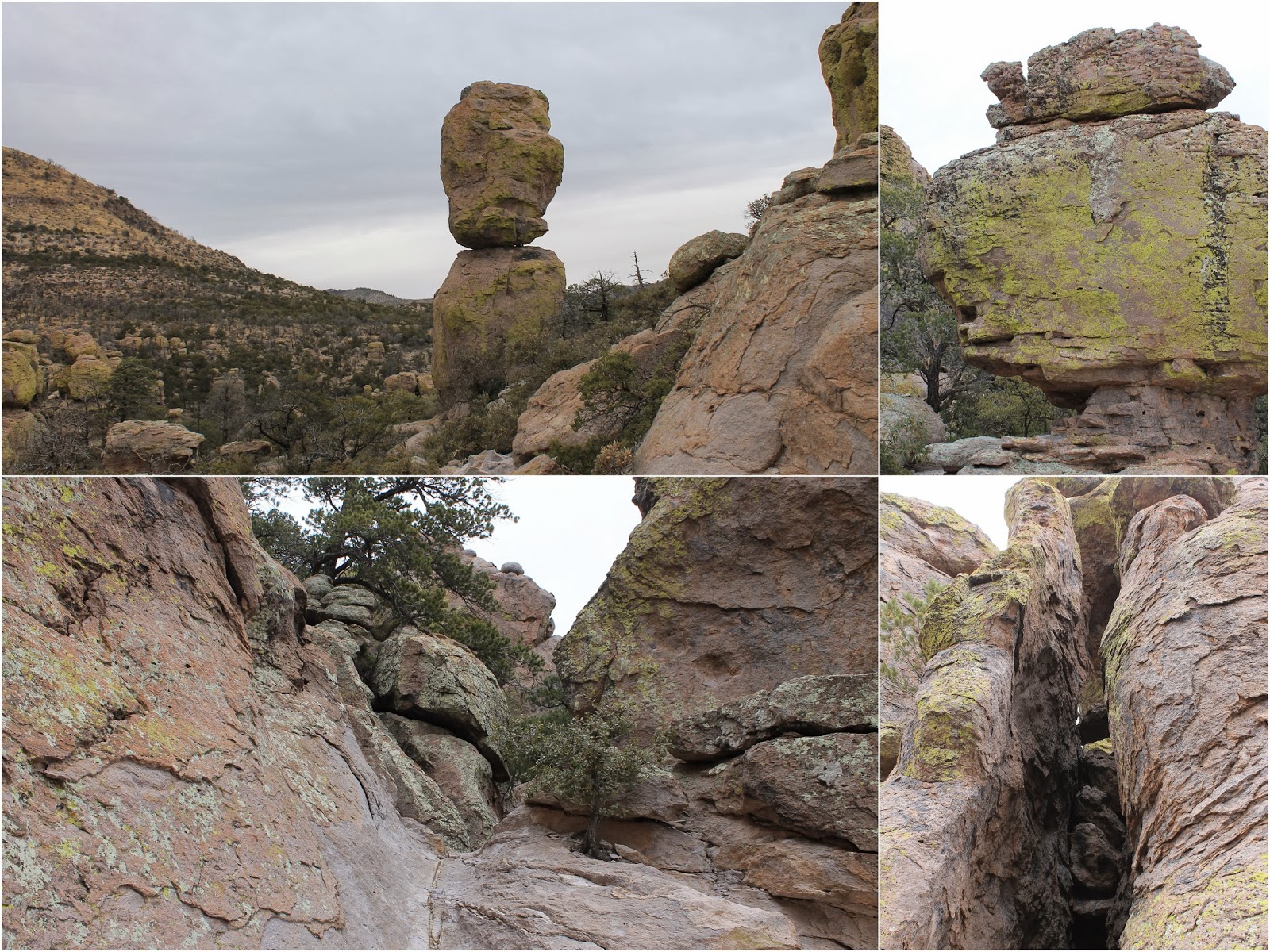 And we stopped for a few "We Were There" Shots 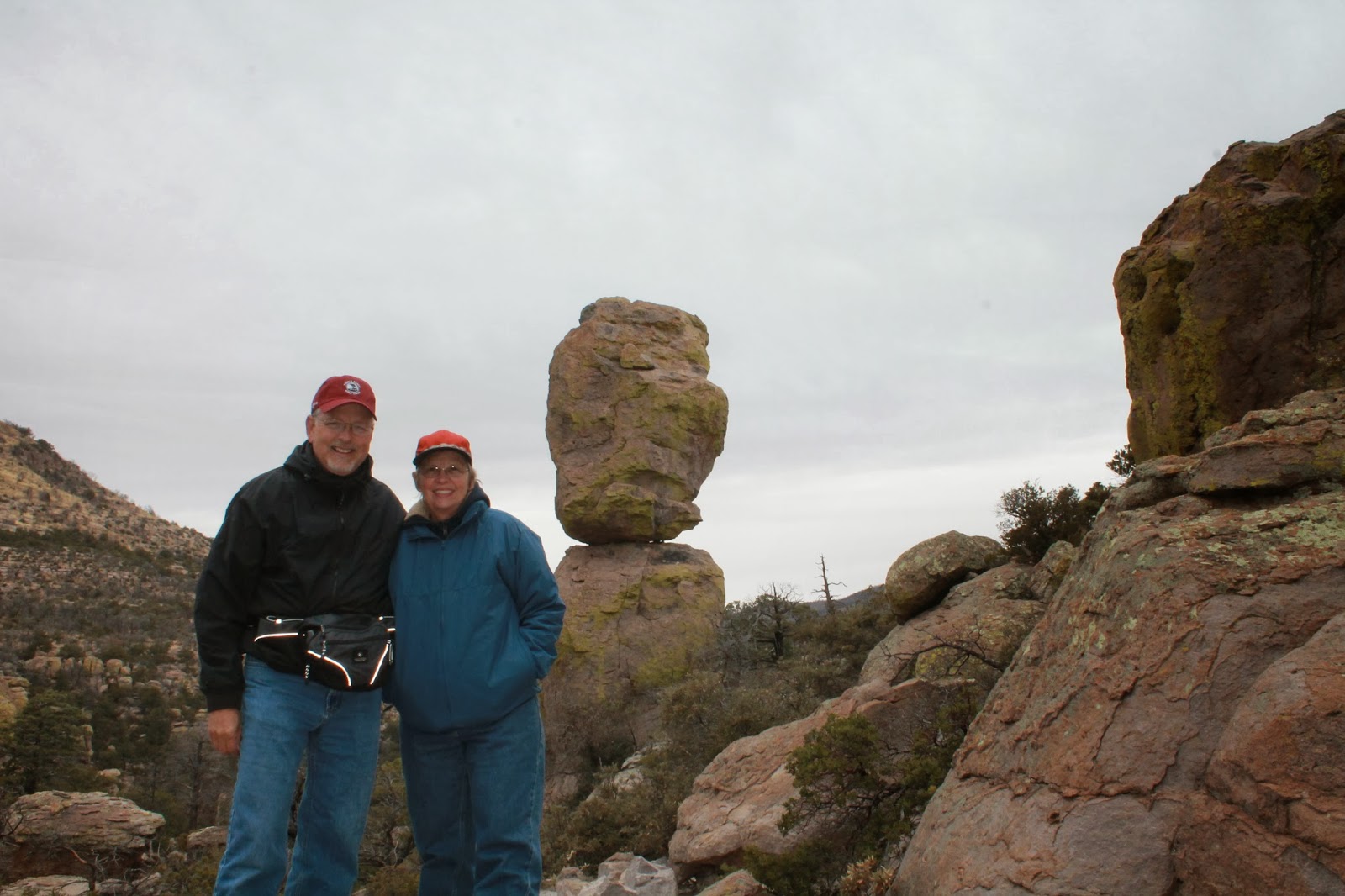 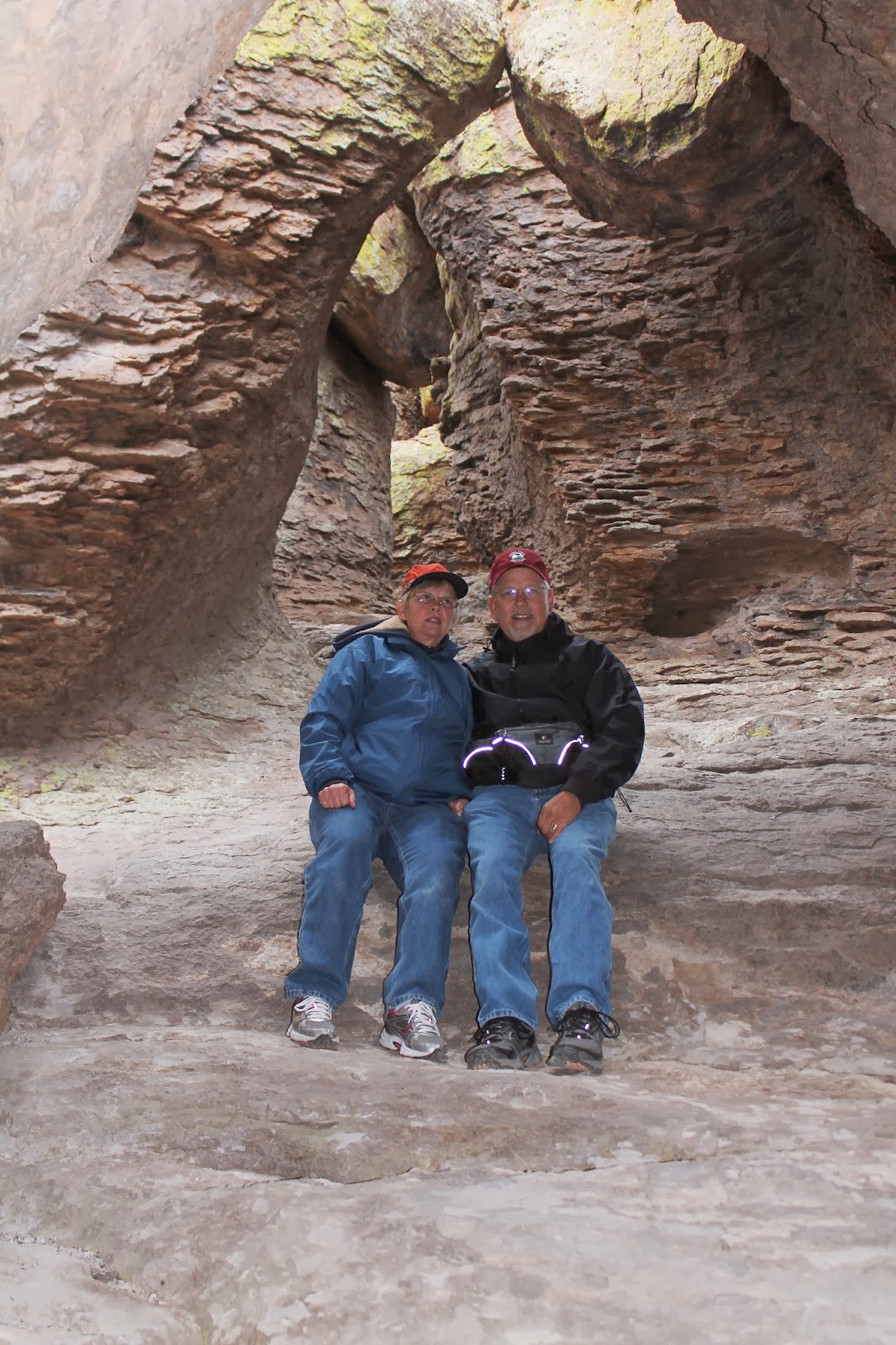 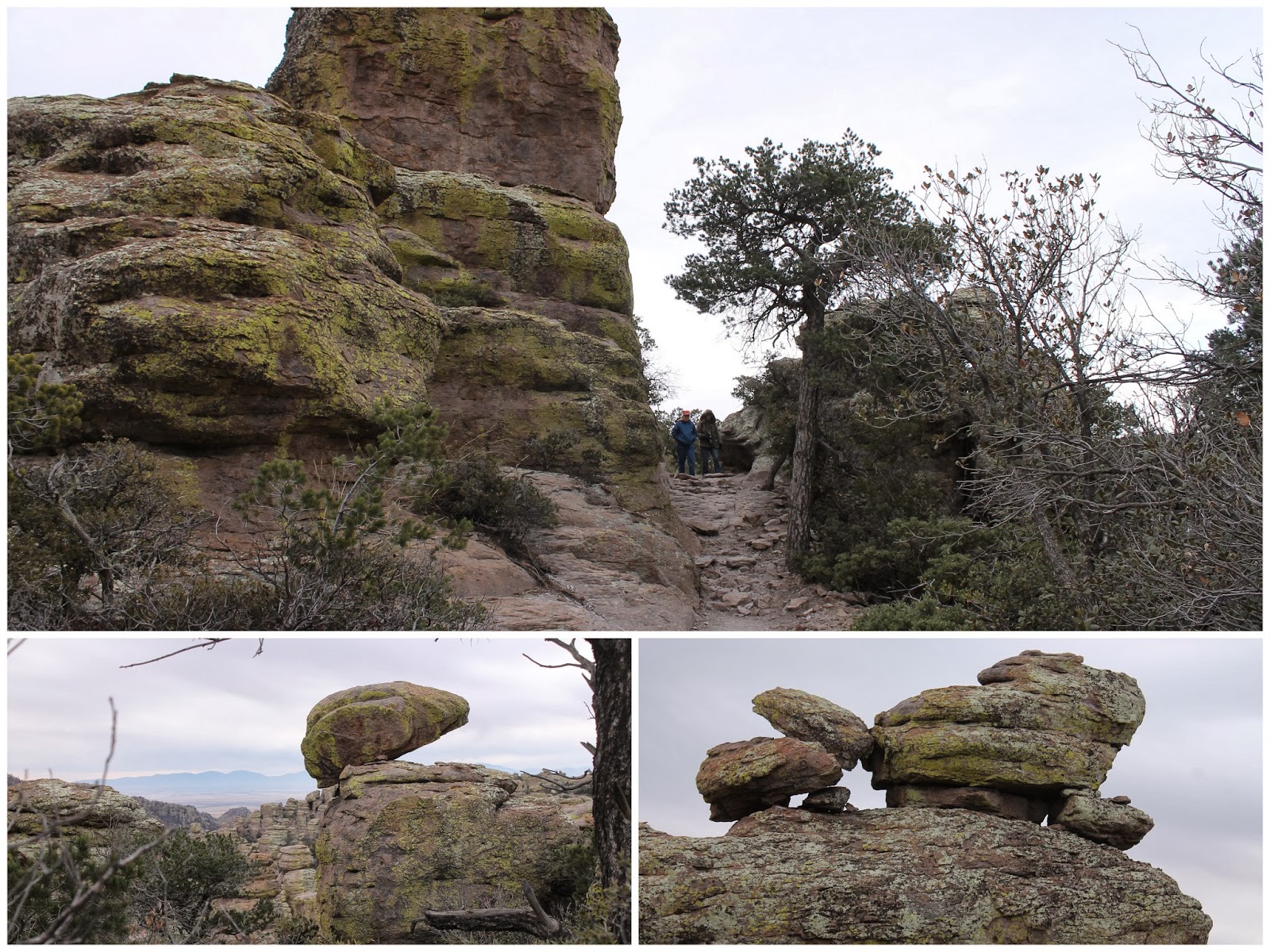 And leaning rocks and a nice walk through the canyon 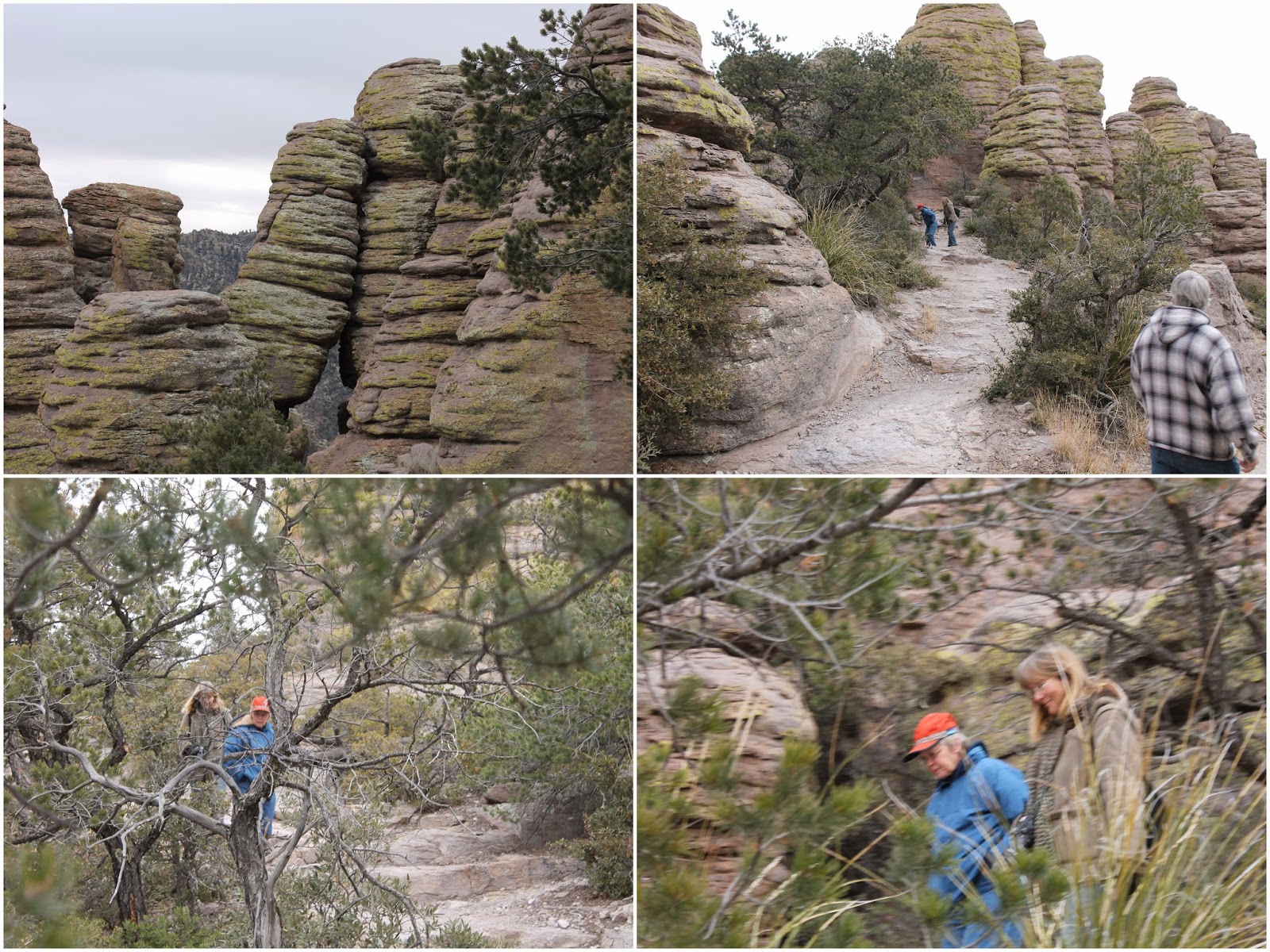 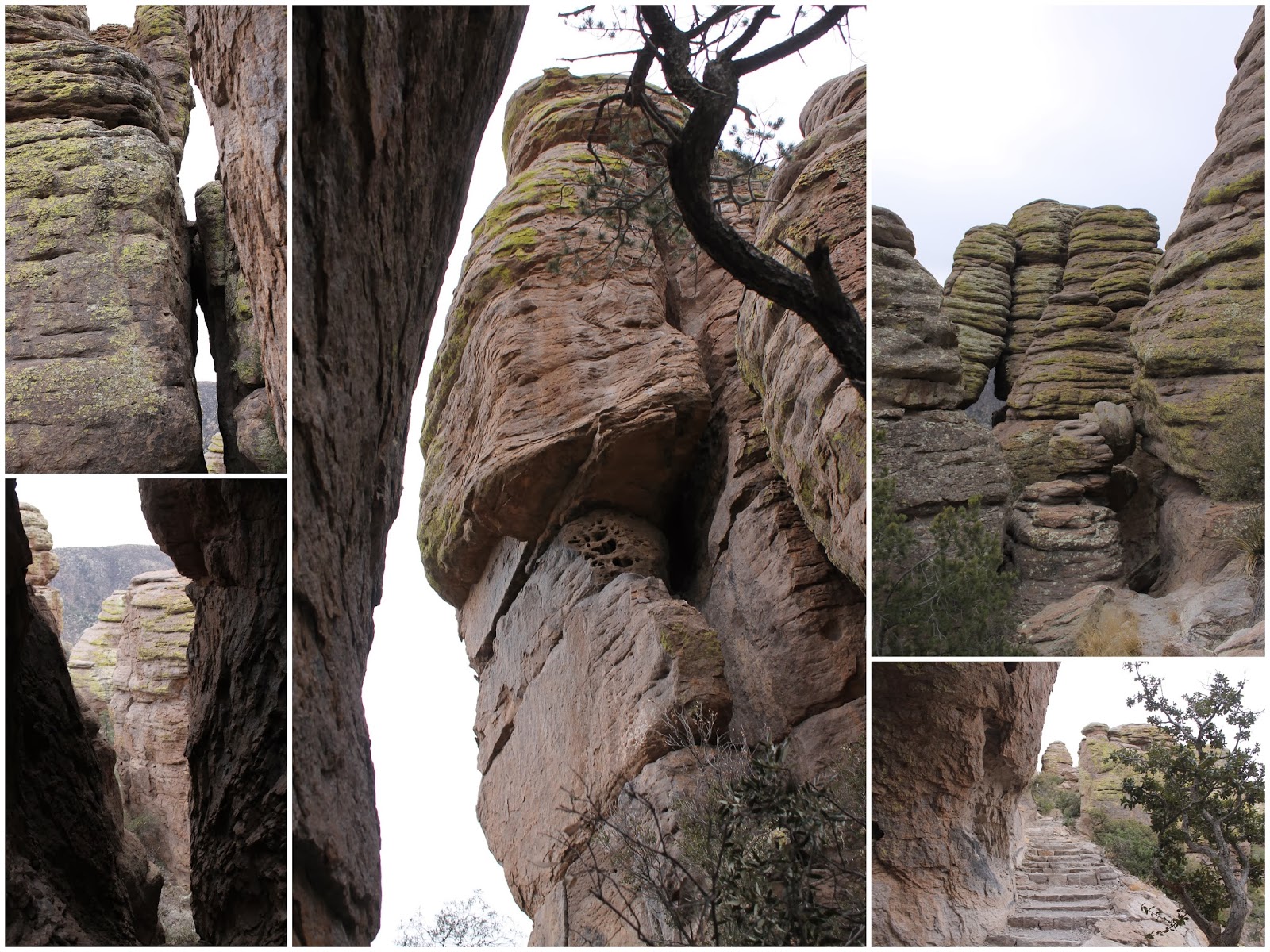 We noticed it was getting toward the middle of the afternoon and we had a two hour drive back to Tucson, so we turned around and went back to the trail head and parking lot. 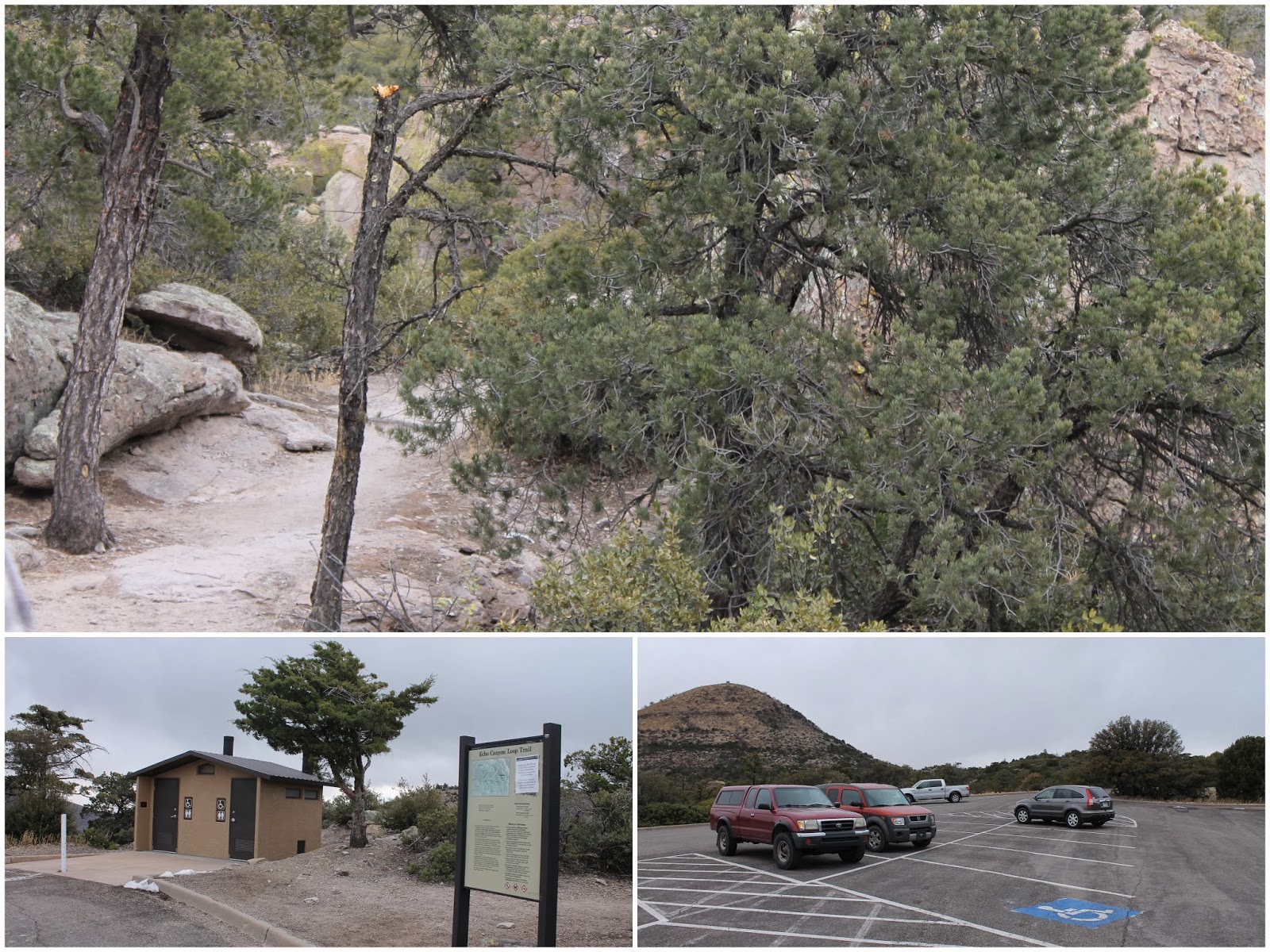 It was another different kind of place and a memorable hike, once which we thoroughly enjoyed.  And it was even nicer to hike with Paul and Bobbi, and to spend the day with them!