A Surprise in the Mail

The days here in Tucson have warmed up from last week.  Even at that, in the high 50's, the weather has been good.  Now, in the mid 70's, the warm sunshine (and the sunsets) is(are) reason why so many come to Arizona in the winter. 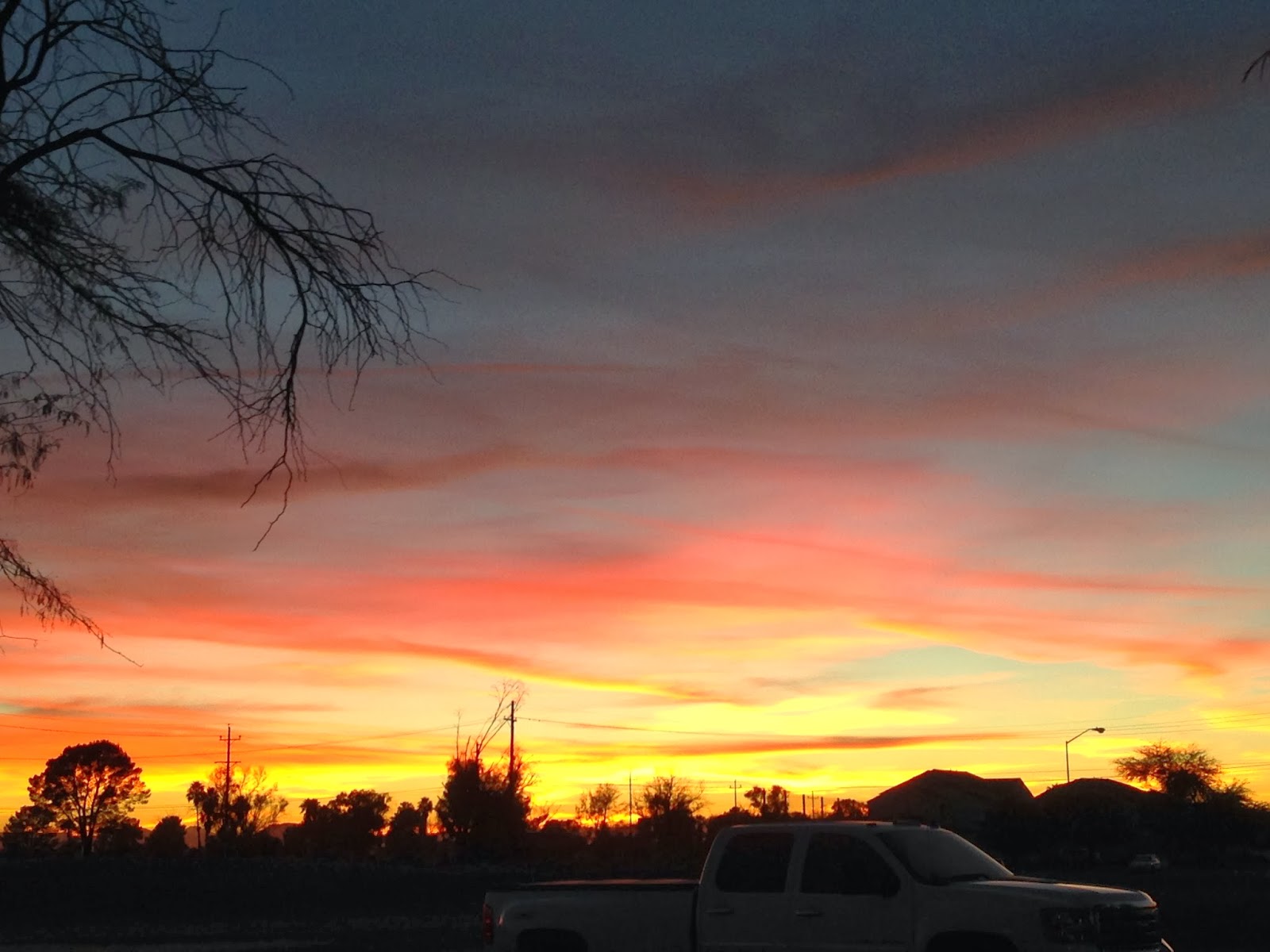 I've lived in Arizona a couple of times.  Once when my dad got a job in Phoenix with the U.S. Forest Service.  I was in third grade at the time.  We were here for a year before moving to NM.   Then I came back and went to college in Tempe.

This is the second time Pam and I have come to Arizona in the wintertime during our full-timing.  Those snowbirds I remember are now us.  There is so much I love about this state.  The weather, the beauty, the hiking, the history -- lots to do and we are enjoying it here.

Even those days when there is not much going on, there are things that make it memorable.  I started out the day early (which I usually do) which to me is one of the best parts of the day.  I usually have a few books going at once, but I just finished "Brother, Rivals, Victors". 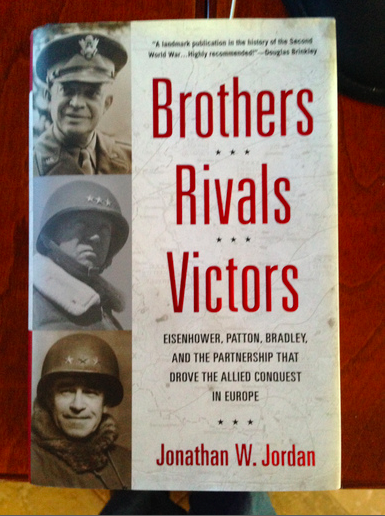 I picked it up at the Swap Meet in Yuma and it was an excellent read.  A bit lengthy, it was a biographical sketch of George S. Patton, Dwight D. Eisenhower and Omar Bradley - three heroes of World War II.  What I liked about this book was how the book portrayed each person in relation to the other.  It focused on their relationships with personal notes, diary excerpts which depicted their personal feelings and ambitions from before World War I to the end of World War II.  I learned more from this book about them and WW II than any other.

After reading, we had breakfast and Pam went for a long walk while I finished up some reports for work.  After her walk, she worked on a walking stick she is making from a tree branch we found on a hike a few days ago.  She cut and trimmed it to length, then glued up the end to keep it from splitting before she did some sanding.

Next we had lunch and left for some errands including the picking up our mail at the U.S. Post Office station near Cherry Ave where we had it sent via General Delivery.  It was a fairly small package with the usual FMCA magazine, a rogue golf travel magazine and a pile of letters.  Also about 5 receipts of bills we have paid, an Income Tax looking envelope, some political stuff, and a Costco 'Earnings Check' and a non-descript one from Florida.

Nice - we got $32.71 back from Costco.  Got to love that!  Almost pays for the yearly member ship.  Not sure how they do that but I think it has to do with how much we spend there each year. 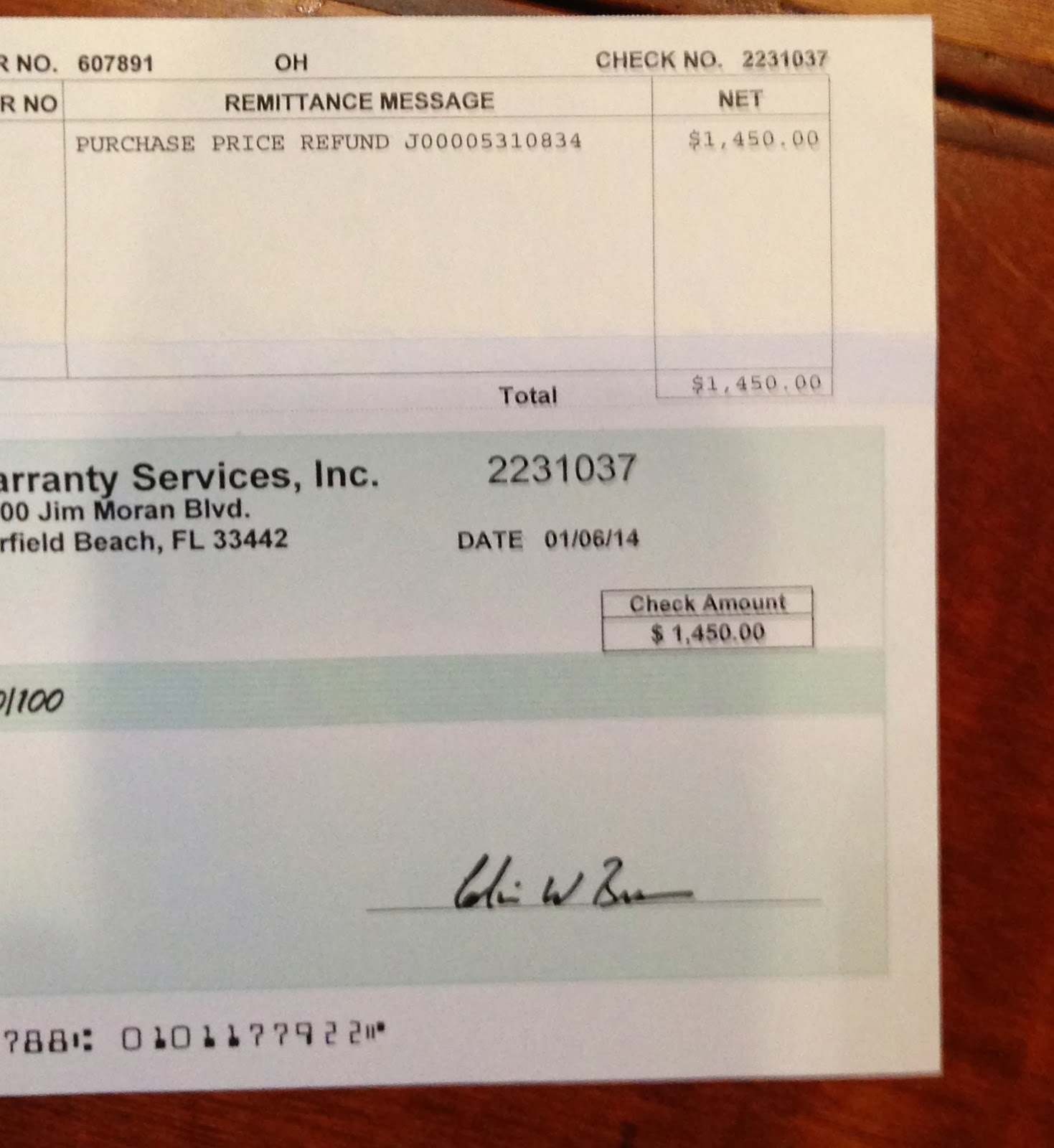 Oh yeah -- I forgot I sent a refund request into the warranty people back in January.  When Pam and I bought our Honda CRV in May 2009, we also bought a 7 year / 70,000 mile warranty.  I came across the paperwork when we were getting our passenger door arm rest replaced it January.

I read the fine print and it said the refund had to be requested when we reached 70,000 miles.  We were close to 92,000 miles at that point.  I called the car dealer and then the warranty folks in Florida.  I didn't get a very encouraging response from them.  Sounded like a bit of a shady outfit to be honest. But I sent in the required paper work and forgot about it.

Then this - a big check.  No letter, no explanation - just the check.  Which if fine by me.  And a little hard to believe.

So I will deposit it in our USAA bank account (using my mobile phone which is a very convenient way to do it).

After that surprise, we picked up some things at Home Depot, Walmart and Camping World.  After that, we went home and had a nice dinner.  We watched some TV (using our new Genie DVR system which means forwarding through the commercials) and that was about it for the day.

It was another memorable one (any day we get a check for $1450 is).
We'll be in Arizona for another couple of months and look forward to more good weather. 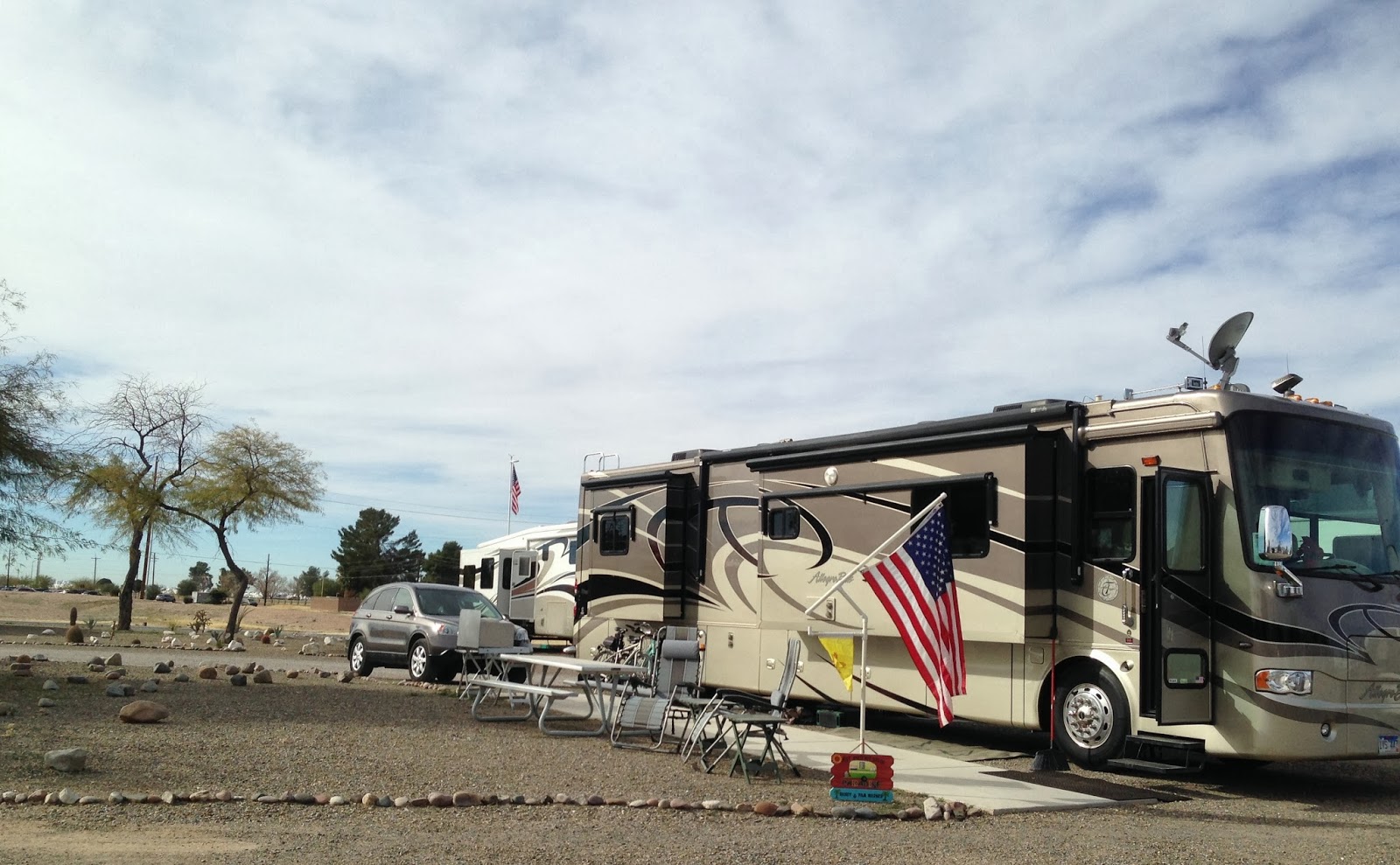