The Stairs near Silver Lake and L.A.

We have eaten a few vegan meals in the last few days because Adam and Melissa only eat that kind of food.  We are always up for something different so, we were glad to go to lunch in Silver Lake and eat at Flore Vegan Restaurant recommended by nephew Nate. 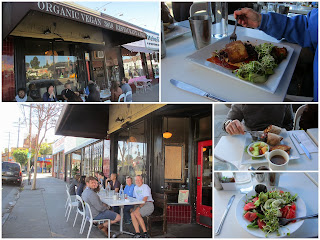 Then we joined him and Angela and their son Jacob for a walk around famous Echo Park.  It recently has undergone a $45M renovation and is quite nice. 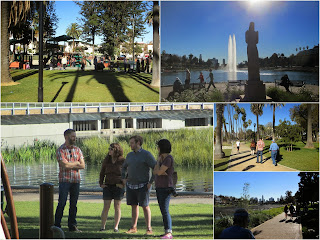 From there we took a short drive around the lake and then through some of the hilly neighborhoods. 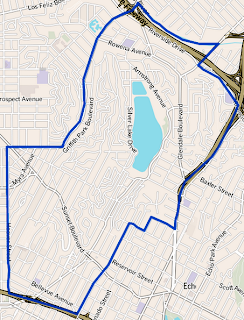 We parked the cars and set out on a hike through residential areas and found a number of stairs through them.  The day could not have been more beautiful. 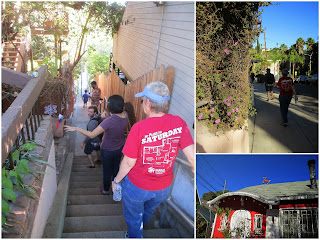 Music Box Steps is the site of the 1932 Academy Award winning short film by Laurel and Hardy.  The movie is about them struggling with moving a piano up the stars. 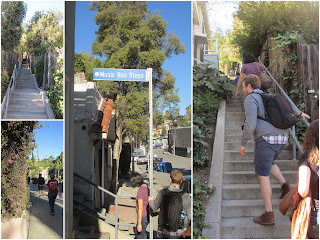 It was hard enough moving ourselves up and down them, let alone a piano! 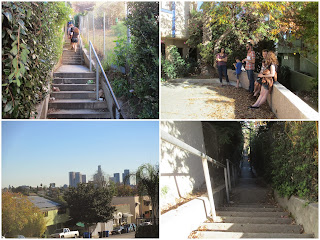 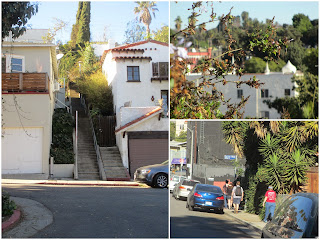 After a healthy hike up and down the steps, we went downtown to Little Tokyo for a while. 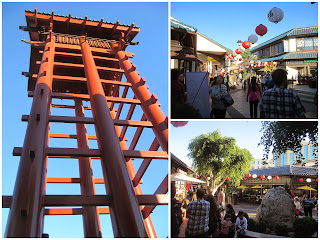 Then it was off to a trendy art district for brats and beer for dinner. 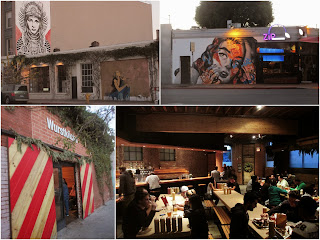 In a little while, Ben joined us for a group photo. 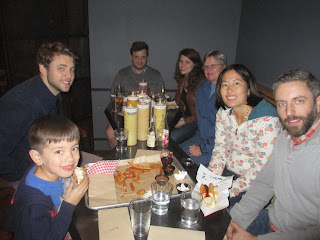 They had worn us out by now, so Pam and I went back to the RV park, Angela and Jacob headed home and Ben, Nate, Adam and Melissa checked out a couple more places before calling it a night.

It was a full day and lots of fun seeing everyone and some interesting places in L.A.  It was great spending time with these guys!