But--- Kelly flew into Phoenix on US Airways and Adam flew into Tucson. Yikes! Fortunately, Bill and Marty (friends here at Desert Trails) offered take Pam to pick up Adam while I drove to Phoenix.

I may have mentioned I went to Arizona State

in the early 1970's but I did not recognize Tempe or Phoenix. The signs were easy to follow and I got to Sky Harbor International Airport a couple of hours before Kelly's plane landed. I wasn't sure how long it would take me to get there with the traffic on a Friday night.

I met friends (Art and Winnie) at the airport. We have known each other for years and they live in Maricopa, outside of Phoenix. 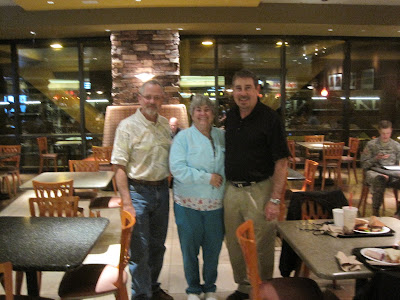 We had dinner together at the airport and got caught up. Their son Josh is in California and daughter (Tonya) is in South (North?) Carolina.

It was nice to talk with them and to hear all that has happened over the years. We all lived in Albuquerque and attended Grace Church 20 years ago.

Kelly's flight was on time and she spent a little time waiting for her bags and talking with Art and Winnie. It was great to see them. 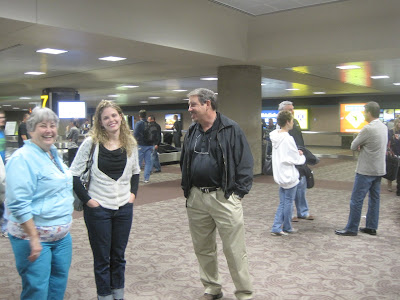 I have said often that one of the best things about this life style as full-timers is that we get to see more friends and family than we have seen in years.

Kelly hadn't eaten dinner so we had to stop by In-N-Out burger. That is always a highlight.

We got back to the campground about 11:15 PM (after a couple of wrong turns). After catching up some, we went to bed.

Yesterday our main event was the Tanque Verde Swap Meet in Tucson. 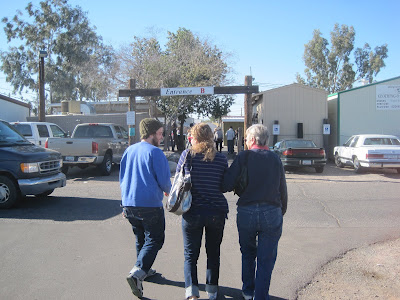 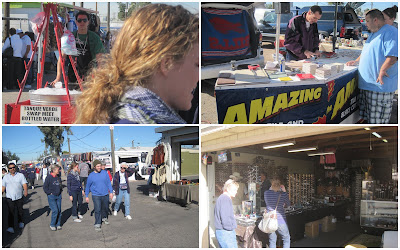 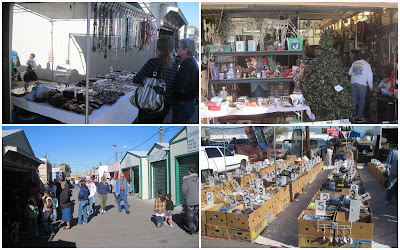 We didn't find much except for some stocking stuffers.

Later, back at the Desert Trails RV Park campground, Adam and I played some ping pong, minature golf and pool while Kelly took a nap and Pam read. After that, we went for a short hike out in the desert on one of the many trails near the campground.

We grilled some chicken for dinner and watched the Cowboys beat the Saints. They had a good run. After that, we called it a night.