A Couple More Errands Before we Leave Croswell

Yesterday we found a great little laundromat in downtown Croswell. It also has a tanning salon with five booths. I have never heard of that but it seemed to get plenty of traffic the hour and half we were there. We talked with the lady who was running it and we were very impressed. It had snacks and drinks and was one of the cleanest we have seen. 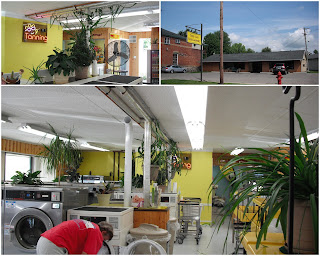 After the laundromat, we headed into Fort Gratiot to WalMart and Meijers. We had a prescription filled at WallMart. It was the first time I have ever used them. I normally get prescriptions filled through Tricare near a military base. But since we aren't close to one I tried WalMart and they manuevered through the Tricare system easily and I only had a small co-pay. 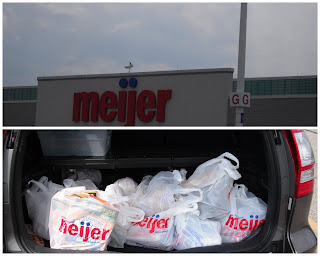 We loaded up on groceries since we will be in Canada for two weeks and then headed back to Adam's place. We had hamburgers for dinner along with brussel sprouts and beans then had time for an after dinner walk.

We went down through Croswell again, by the swinging bridge and ended up walking a couple of miles. It was a beautiful way to end a nice time in a great American small town.