Hanging Out With the NOMADS

We have been here three weeks and are almost getting 'hitch itch'.  After a while we get the itch to move on down the road.  We pulled out the map and have made some reservations for the next couple of weeks after we leave here.

But the last three weeks here have been good ones.  We have enjoyed our time here at Caswell Springs UMC. 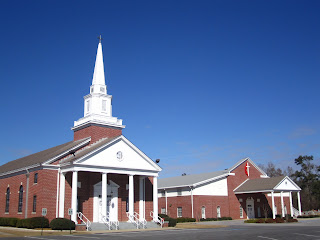 This is one of those big beautiful churches in the South that catches your eye. 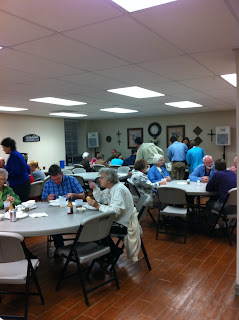 Inside on Wednesday nights they open the kitchen and feed about 100 people including us.  (On Mondays some ladies in the church cook a lot of food and take it to the homeless in the area.  They make enough for the rest of us on Wednesday night for a donation.) 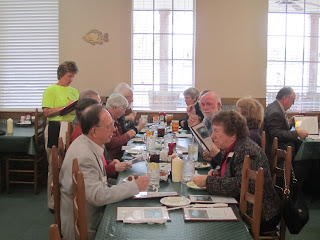 Then after church every Sunday we all go out for lunch.  Here is the group at a catfish restaurant not far from where we are staying.

We haven't done this enough but, last Saturday night Patty got us all together for a game night.  Usually we are all pretty tired for games, but we decided to give it a try and it worked out great. 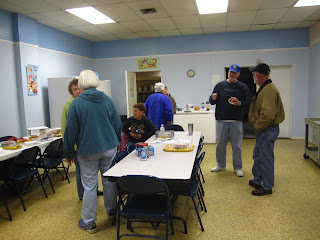 Roger and Donna are setting some of the munchies on the food table. 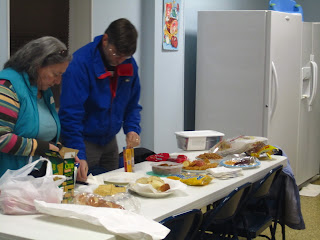 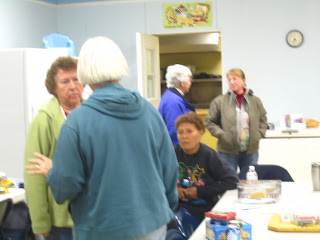 Don is showing Bob and Eldon pictures of the train that got weighed down with too much coal which burned up the wheels and cause it to come off the tracks. 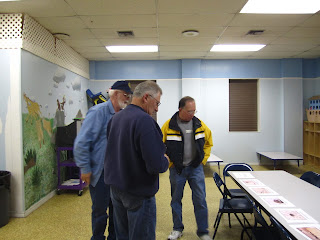 Lil is showing Chic and Patty her afghan while Jim, Bob, Don and Larry are in the background. 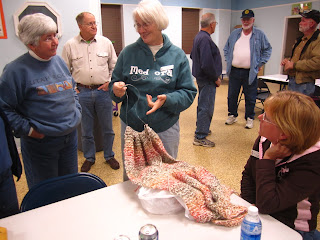 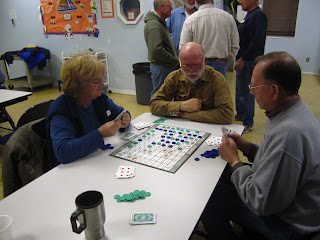 I sat down at this table and played 'Sequence' with Jean, Larry and Eldon.  Jerry was explaining the finer details of Mexican Train to Donna, Linda, Kyoko, Patty and Chic. 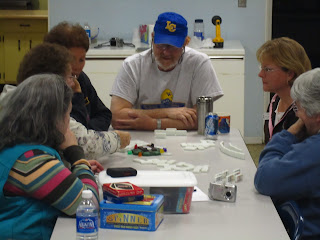 It was a fun couple of hours except Pam came down with the bug.  In fact she was down with it all last week and stayed in the Roadrunner to recuperate.

We also get together to say goodbye.  Each week we have someone leaving and others coming to take their place.  Here Jean, Jane, Chic, Jim and Ricci took a quick photo as we said good bye to Jane and Ricci. 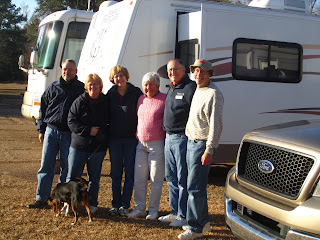 And after our dinner at the Pizza Place last week it was good bye to Patty and Bob. 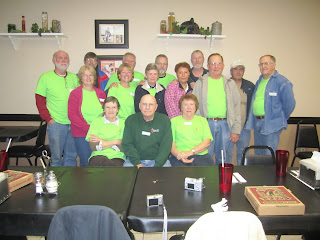 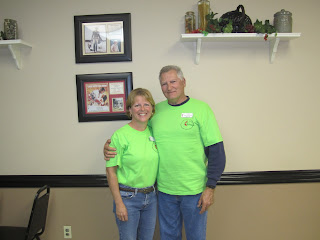 The night before they left, they called for some propane to be delivered so a lot of us jumped on that and took our turn getting filled up.  We waited for the delivery and another get together broke out. 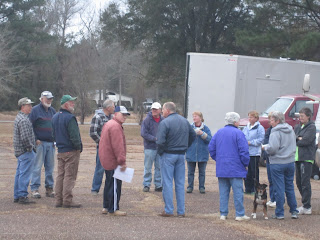 Eldon, Don, Larry, Marley, Hank, Jim, Dawn, Chic, Patty, Jean (hidden) Pam and Nancy were there.  It was the first time Pam had been outside in four days.  She is getting a little better each day. 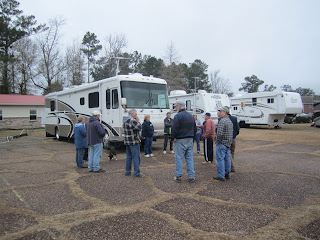 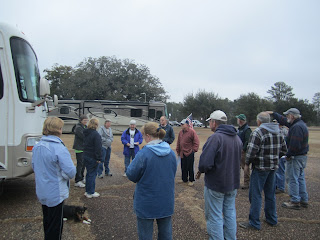 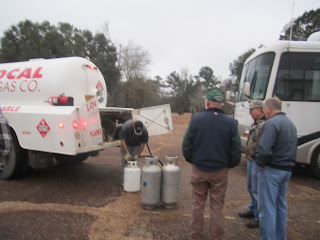 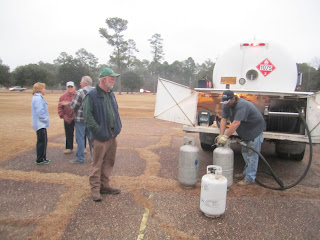 The propane truck stayed for about thirty minutes which was enough time to fill two motor homes and three bottles.  It was very convenient and worked out great.

This week we tried a different restaurant for our Thursday 'Night on the Town'.  We went to nearby Hurley and ate at El Capesino Mexican Restaurant. 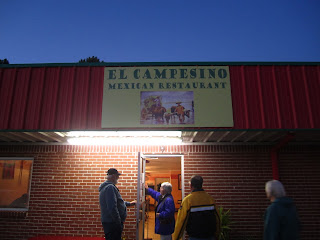 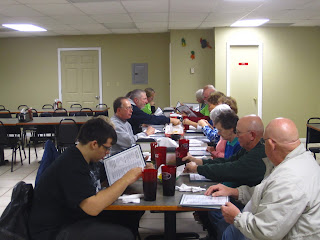 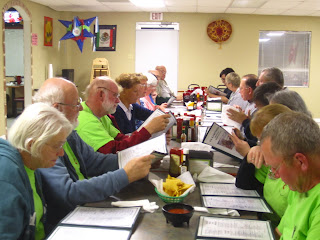 Everyone is studying their menus intently.

It was a very pleasant surprise but I really enjoyed my enchilada, chalupa, tamale, beans and rice.  Who would guess you can get excellent Mexican food in Hurley, Mississippi?

As I have said we have met a lot of folks we hope will become life long friends.  We like to work with these guys and we like to get  together with them and have had quite a few opportunities to do that while we have been here.