One of the neat things about being in this country is the National Parks. The Cumberland Gap Historic National Park is less than 35 miles from here so we spent a couple of hours there last week. 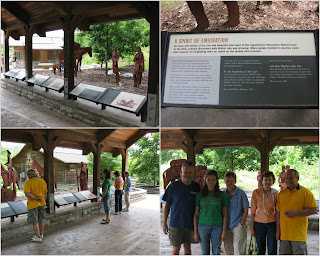 We have found the National Parks always do a nice job with the Visitors Centers. They usually have a few displays and a short video or slide show to explain a little of the history and significance of the park. 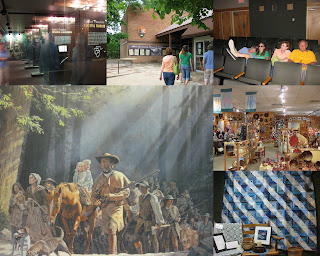 Daniel Boone is famous for being associated with the Cumberland Gap and 'opening up the West'. Davy Crockett, Daniel Boone, Jim Bowie, Kit Carson, Sam Houston--all those guys I remember as heroes of the frontier West.

Daniel Boone made his first passage through the area in 1769. A few years later in 1775 Boone and others made their way through the Wilderness Road and opened the Kentucky lands to setters.
Interesting...while this was going on, the Founding Fathers had things of their own to contend with.

The park has a lot of short hiking trails. We will have to check those out the next time we come to Maynardville. For now, we are getting ready to pack up and head west later this morning.