Sometimes I get a second chance on my blog posts.  In this case, I began this draft two years ago but never completed it.  Then, we were visiting Marg and Bill, we took a short day trip over to a popular tourist attraction, the famous (to folks in the area) Bok Tower Gardens.  Now (Dec 2018) that we are seeing Bill and Marg once again 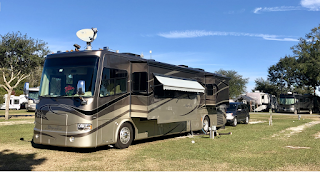 I decided to complete one of my "draft" posts.  I've started and not completed a number of posts over the years.  So here is my take on an attraction worth seeing near Lakeland, FL:
------------
Meaghan's parents Bill and Marg winter at the SanLan RV and Golf Resort in Lakeland FL.  We were very glad to be able to line up a few days together and see them.

The campground is a very large one and getting ready for snowbird guests to arrive.  We got a nice spot with plenty of space and a concrete patio.  All the acres and acres of grass is mowed and the whole campground is well maintained. 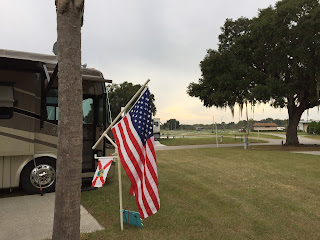 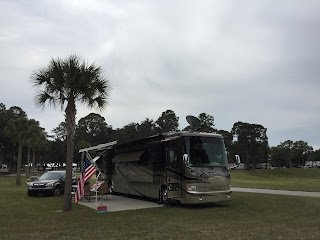 The second day here  I jumped at the chance to wash off some of the two weeks travel grime off the Roadrunner. 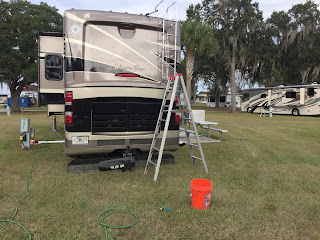 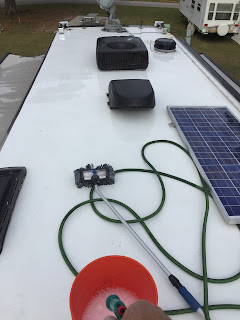 Though we only have a few days together, Bill and I were able to squeeze in a couple of days of golf.  We both had some good holes mixed up with the ones we didn't score too well. 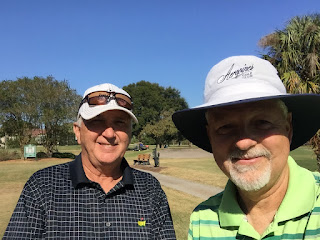 One day we went out by ourselves and the next day we played with his weekly men's group at another course and also enjoyed it.

We took the time to hang out together and have dinner each evening, splitting our time between eating out and having dinner at each others places.

On Saturday we took a day trip to Bok Tower and Gardens near Lake Wales which were quite impressive.  It was a nice 40 minute drive from Lakeland through some back roads.
As we drove into the area, it looked as if it was a relatively new Visitor's Center, but the Bok Tower and Gardens have been around for a long time.  It was completed in 1929 and has been an attraction ever since. 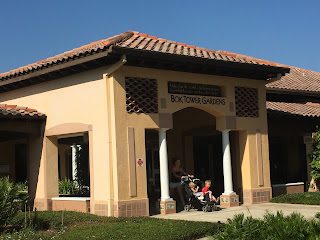 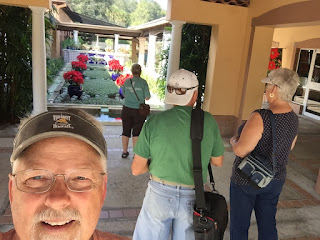 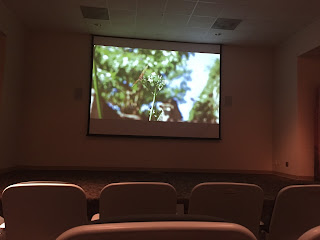 The genius behind the beautiful place is Edward W. Bok.  His family emigrated from the Netherlands after the turn of the last century.  He eventually became a wildly successful publisher and Pulitizer-prize winning author and accumulated substantial wealth. 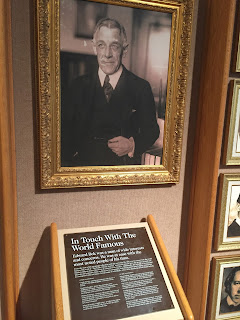 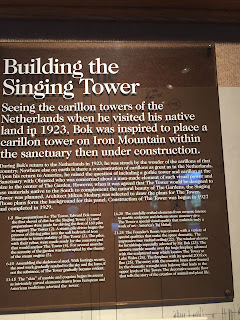 He loved visiting Florida from Pennsylvania and decided to purchase land which included Iron Mountain.  It is 298 feet above sea level and the highest plot of land for miles.  Bok wanted to recreate the area and make it into a world class garden and bird sanctuary.  He also commissioned Milton Medary (a Philadelphia architect) along with stone sculptor Lee Lawrie to build a 205' tower with a 60-bell carillon.
The sculptor's other work in on display all around the country.  He also worked on the Nebraska State Capitol which we visited late July, 2013. 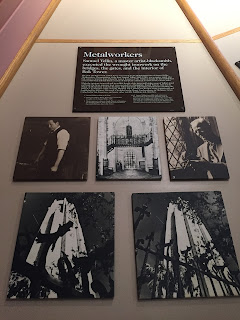 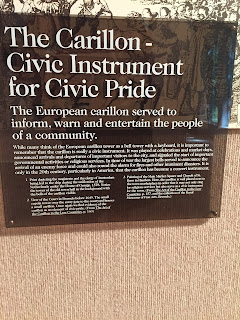 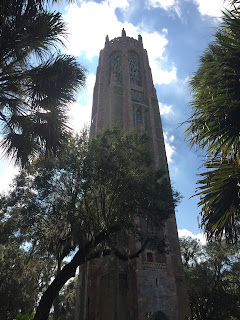 The grounds are now almost 100 years old and have beautiful trees and vegetation. 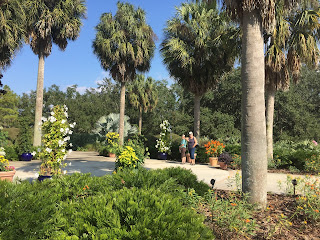 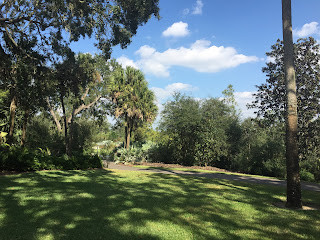 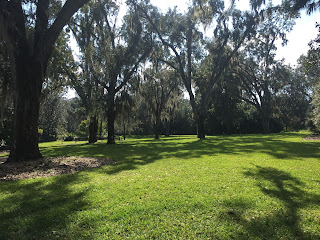 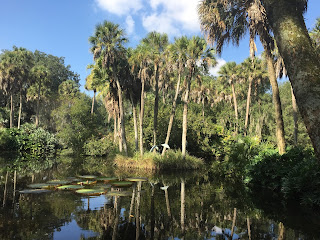 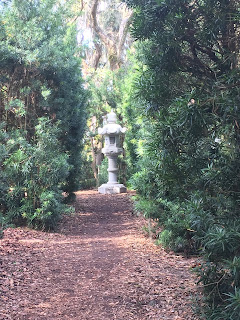 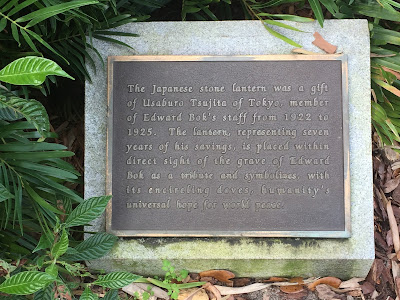 Marg and Pam near the very tall tower. 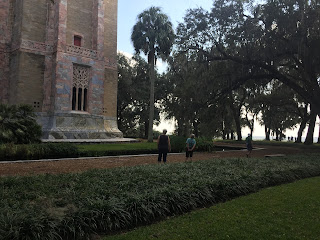 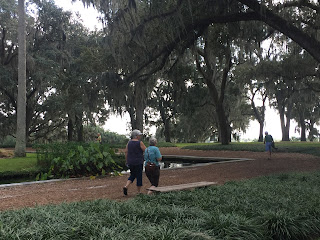 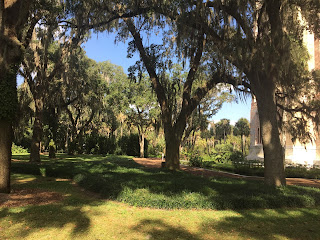 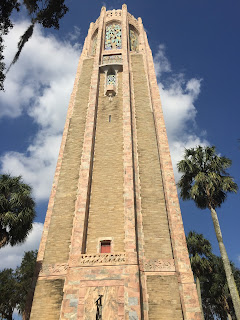 We were there when a musician conducted a short recital on the bells housed within the carillon. 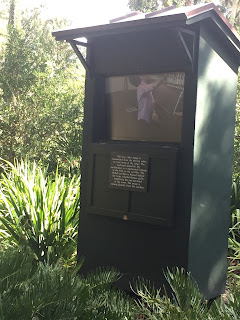 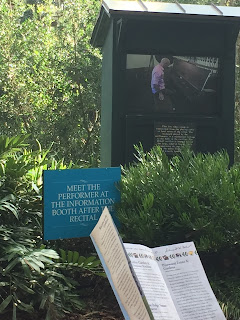 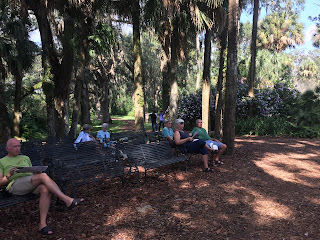 Bok died in 1930 and is buried near the base of the tower. 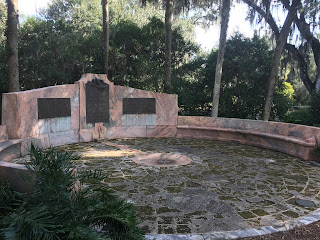 It was a beautiful day to see the garden and towers and we especially liked the short concert.  It was fun to share it with Marg and Bill.