We Had a Nice Christmas

The holidays were a wonderful time with family for us.  Eldest son Adam and wife Melissa joined us here in Virginia Beach at daughter Kelly, son-in-law Jon and grandson Brooks.

Brooks is at the age everything is exciting!  And we had a lot of fun Christmas day.  We were all over at Kelly and Jon's by about 8:00 AM.

When we arrived Brooks was showing off his new rocking horse. 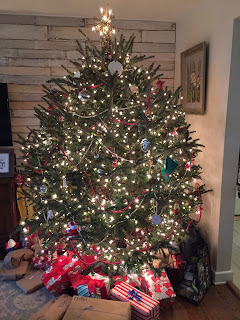 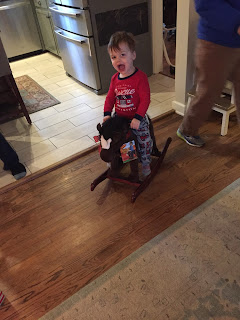 First the traditional cinnamon rolls.  Here is Brooks going in for seconds.  Or thirds. 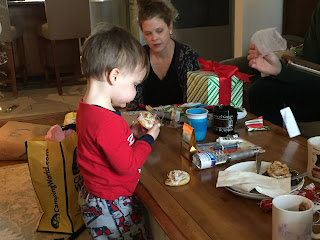 Then we took a quick picture of everyone. 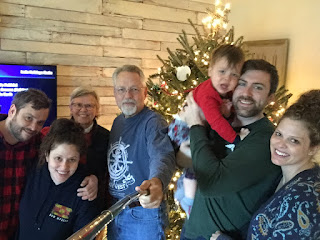 Next we passed out the stockings. And then sat around and watched each other open presents and basically just "hung out". 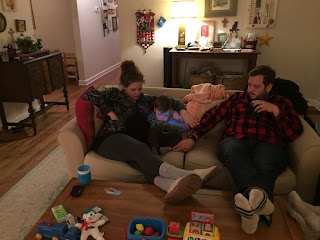 We spent a lot of time watching each other open things.  And taking a look at some iPhone stuff. 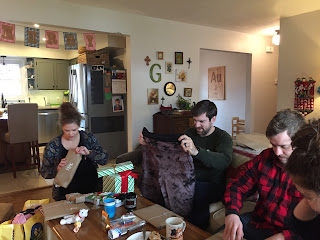 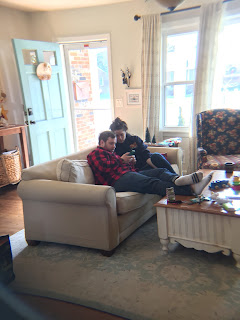 And trying out one of the more unique presents of the day:  a wind hammock. 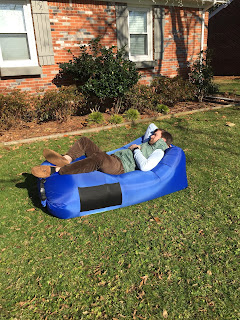 And we ate. And ate.

This is a look at some tenderloin steaks.  These were probably the best I have ever eaten.  Jon makes that Big Green Egg sing! 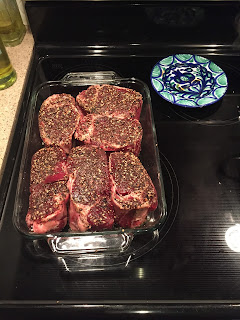 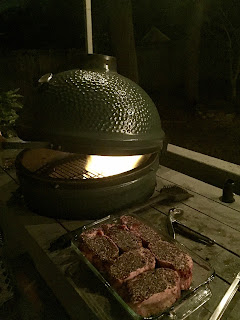 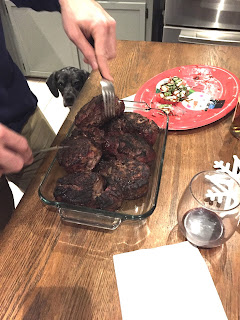 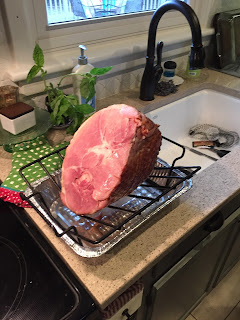 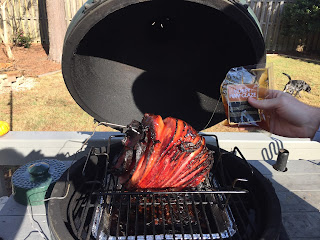 Brooks didn't miss out.  He got some ham and green peas and applesauce  for lunch. 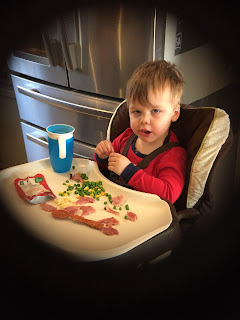 For dinner on Christmas, Jon changed it up by cooking a turkey in the deep fryer. 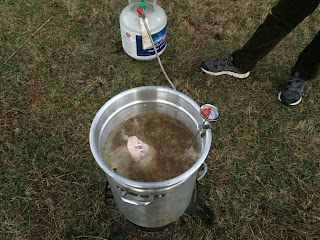 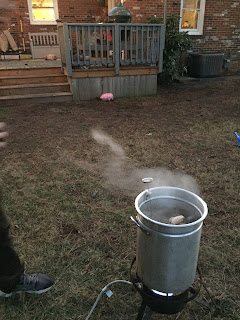 It turned out pretty great! 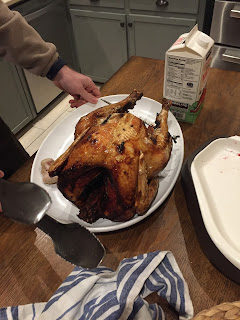 Before we left, Brooks was on his rocking horse again. 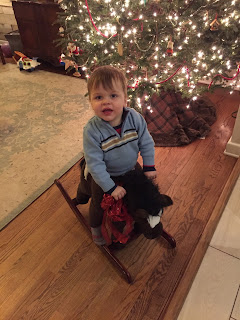 Adam and Melissa, and Jon are all into CrossFit.  We talked about that some and it was a bit motivating.  Its been a while since I've been to the gym, but I did manage to go on the day after Christmas.

It was a start and I hope to be there more regularly.  (I bet I'm the only one that ever said that over the holidays... ;) 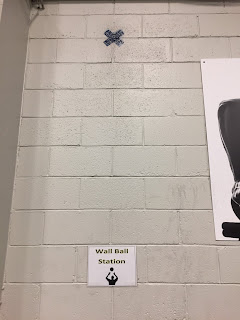 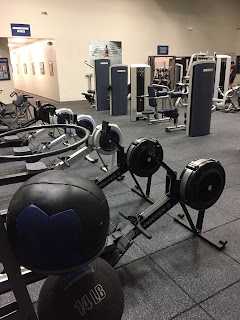 I'm getting more interested in the rowing machines and did some time there as well as the medicine ball off the wall and the elliptical machine.

Later, while Pam and I were returning some gifts, we came across a great looking bush with Christmas holly so felt compelled to take a selfie. 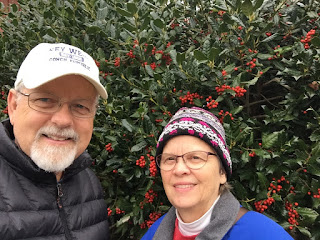 Hope you all are enjoying the holidays.

Thanks for joining us on the Roadrunner Chronicles!~

Posted by Roadrunner Chronicles at 7:05 AM