Roadrunner Rewind: Past Christmases in the Roadrunner

This is our eighth Christmas as full-timers. 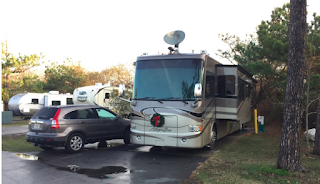 Pam and I were reflecting on that the other day and we tried to remember where we spent each year for Christmas beginning in 2009.  We remembered a few, but not all of the places where we've celebrated the holidays over the years.  Turns out we've spent two in California, two in Florida and four in Virginia.

2015:  Here in Virginia Beach
We got rear-ended in our Honda CRV while in Florida, so the car was in the shop and we couldn't tow it.  Instead we left it in Fort Walton Beach and drove to Virginia Beach.  We stayed a week with Kelly and Jon and Brooks. 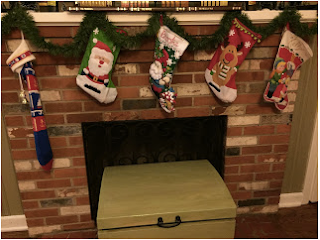 Pam had been busy the previous few weeks sewing a new stocking for baby Brooks.  He was almost a year old at this point.

2014: In the snow in Virginia Beach
This was the first long term test we had in the cold weather and snow.  Baby Brooks was due about six weeks after Christmas so we just stayed at Little Creek MWR Campground close to where Kelly and Jon live.  We did fine but it got cold that winter! 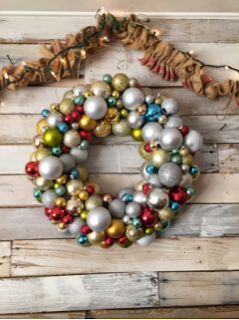 2013: In Seal Beach, California
We got to see nephews and nieces and cousins and extended family out there:  Nathan and Angela, and Ben and Lesley and all their kids.  Adam and Melissa flew out and it was a nice southern California holiday. 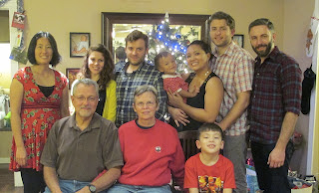 2012:  Christmas in Key West
Kelly and Jon joined us for a few days in Key West around Christmas.  They had just bought their house back in Virginia Beach and I remember them calling back and forth a few days to check on how progress was coming on their remodel.  The knocked down a wall opening up the living room and kitchen.  They also had all the carpeting tore up and the wood floors sanded and varnished.  Turned out great.

They opted to set up a tent and camp right on the water's edge. 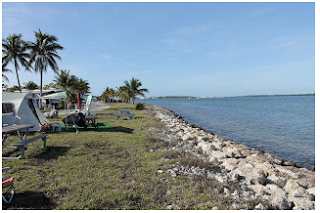 2011: Another Christmas in Key West
We spent a few weeks at one of our favorite places and enjoyed a unique 'train' ride around town seeing all the houses that were decorated in the tropical city of Key West! 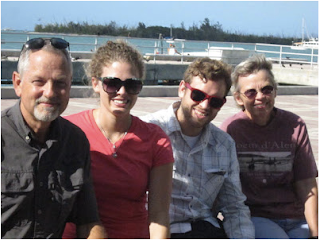 This was the second time Kelly and Adam joined us for a short trip in the motor home.  We were staying in Miami at Larry and Penny County Park and they flew in and stayed a few days with us.  We drove through the Keys together in the Roadrunner and spent the holiday in Key West.  This picture is a shot of us near the water and Mallory Square.

2010: A snowy Christmas in Virginia Beach
Adam came down from DC and stayed at Kelly's place in Norfolk which is where we had Christmas.  It was cold and we actually had snow on the ground Christmas Day.  We had to wait a few days for the roads to clear up before we left the area and headed south! 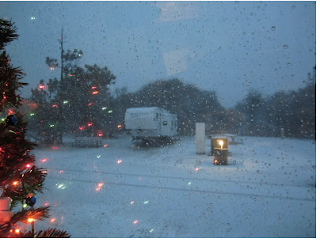 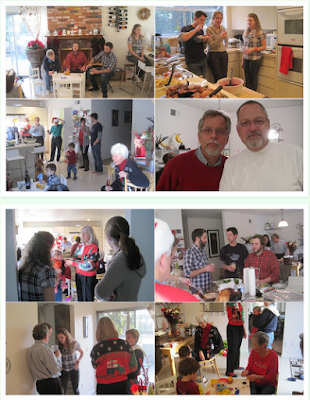 I thought I'd add a bonus and show one other Christmas -- the last one in our stix and bricks house in Fairfax, VA in 2008: 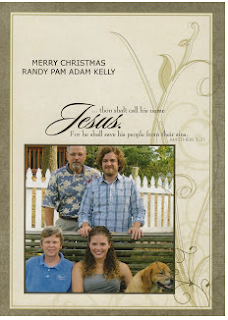 In 2007, I was just getting in to blogging and we were looking at a lot of different options for our RV.  At the time we were researching fifth wheels as opposed to motor homes....

Its been quite a ride the last nine years and its fun to look back and see where we were and what was going on at the time.

Thanks for joining us today on a short trip down memory lane...

Until next time, hope you are enjoying some time off during the holidays.  Thanks for joining us on the Roadrunner Chronicles!


Posted by Roadrunner Chronicles at 8:42 AM