As full-timers we have a number of things we make it a point to see in our travels.  Aside from historical museums and National Parks we try to see State Capitols, Presidential Museums, different State Parks, Major League Baseball stadiums, beaches and Habitat for Humanity (HFH) affiliates.

Yes - whenever we are in a new community, we look for the local ReStore or Habitat for Humanity office.  Each affiliate has similarities with other HFH.  Since we were going to spend about a week in the Murfreesboro area, we stopped in to the Rutherford County HFH office. 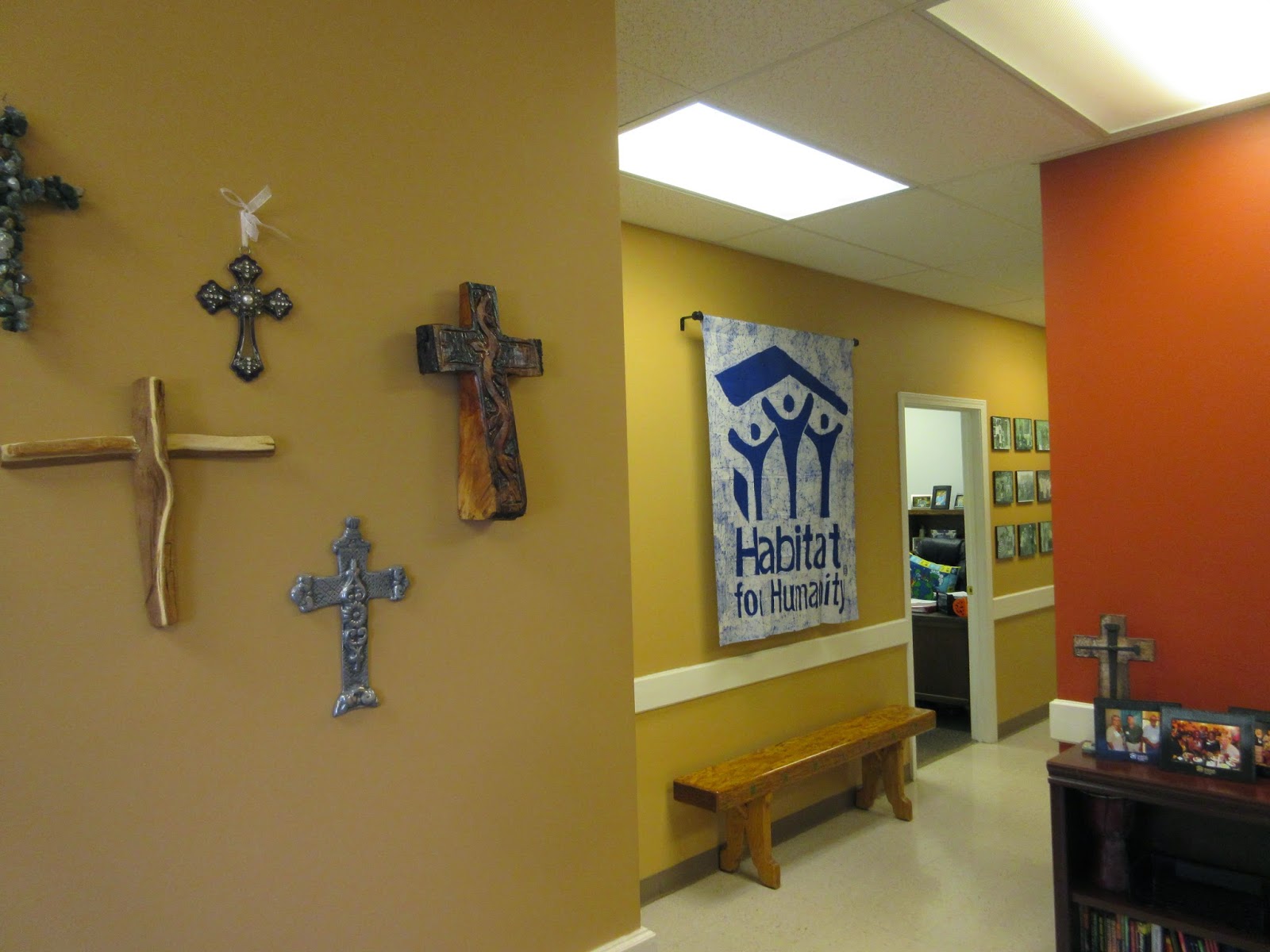 We walked in and introduced ourselves to Megan who is the Volunteer Coordinator.  After a few minutes we also met Terri the Executive Director and Lamyai who does the Finances.  We shared our story and learned a lot about what they are doing in the local area. 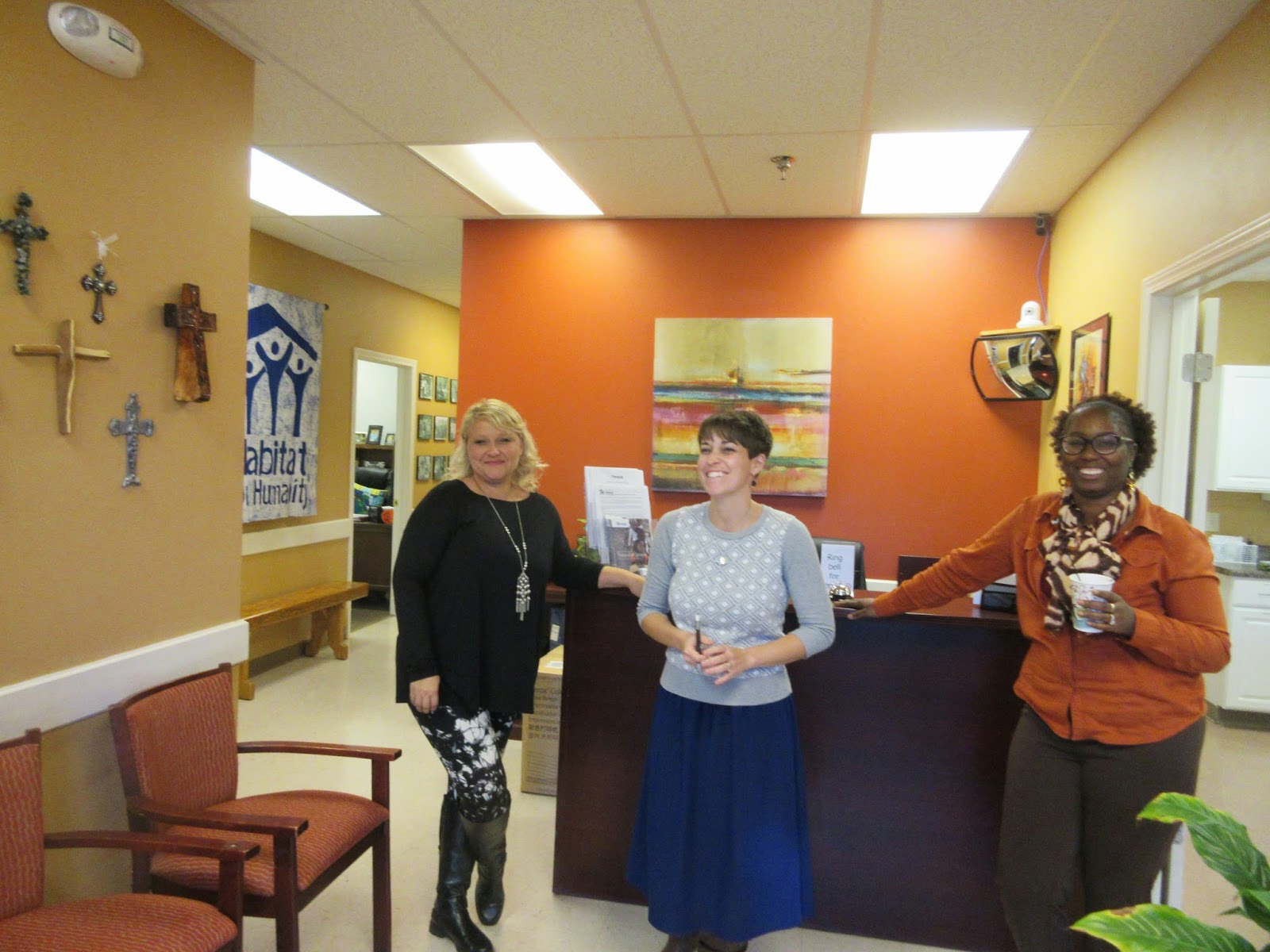 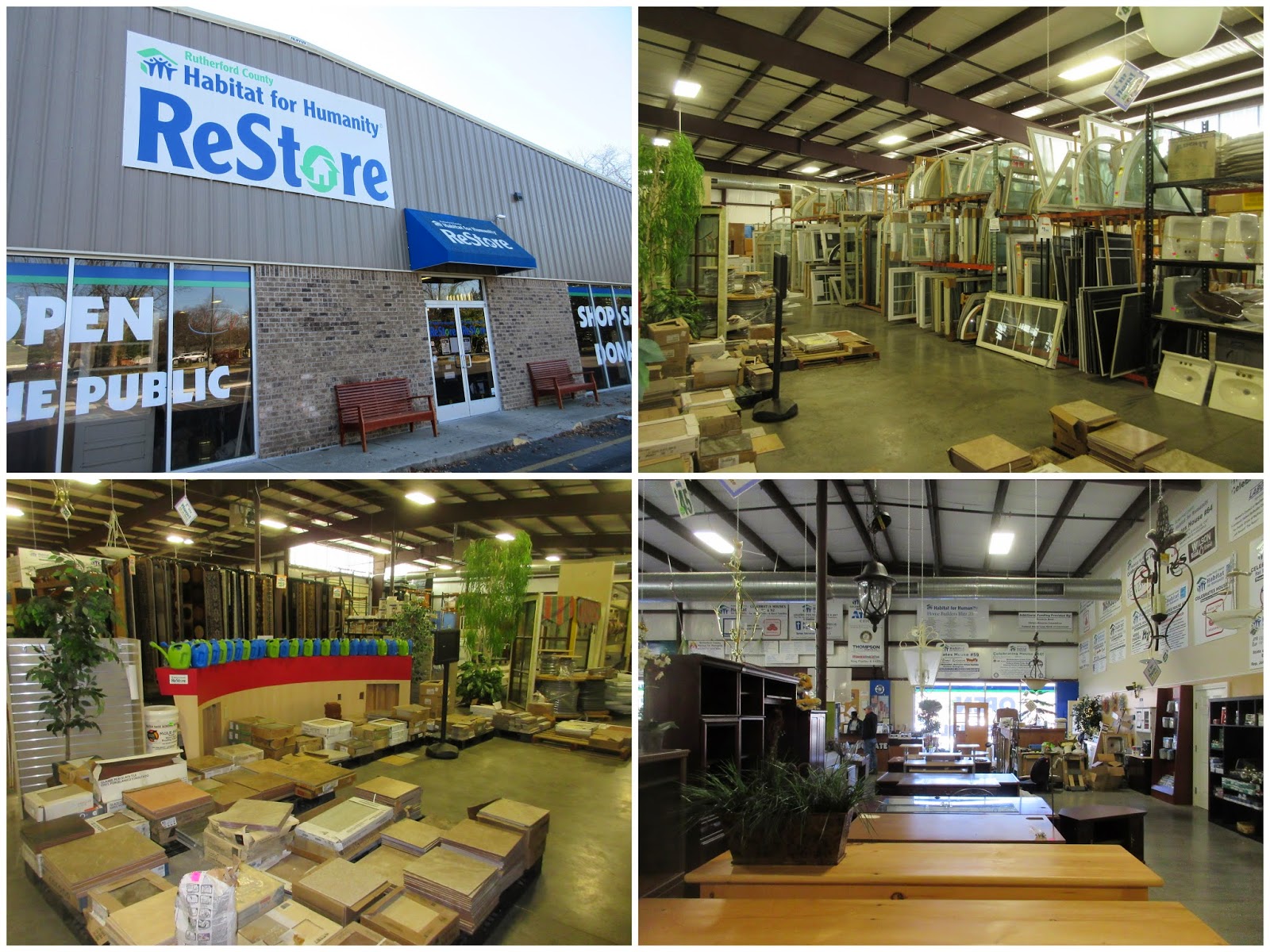 We found out they had some construction volunteer work going on in the area on Saturday, so we signed up to help and found our selves on site early Saturday.

As per normal, we formed up, took some pictures, and then gathered around while Jacob explained the work for the day. 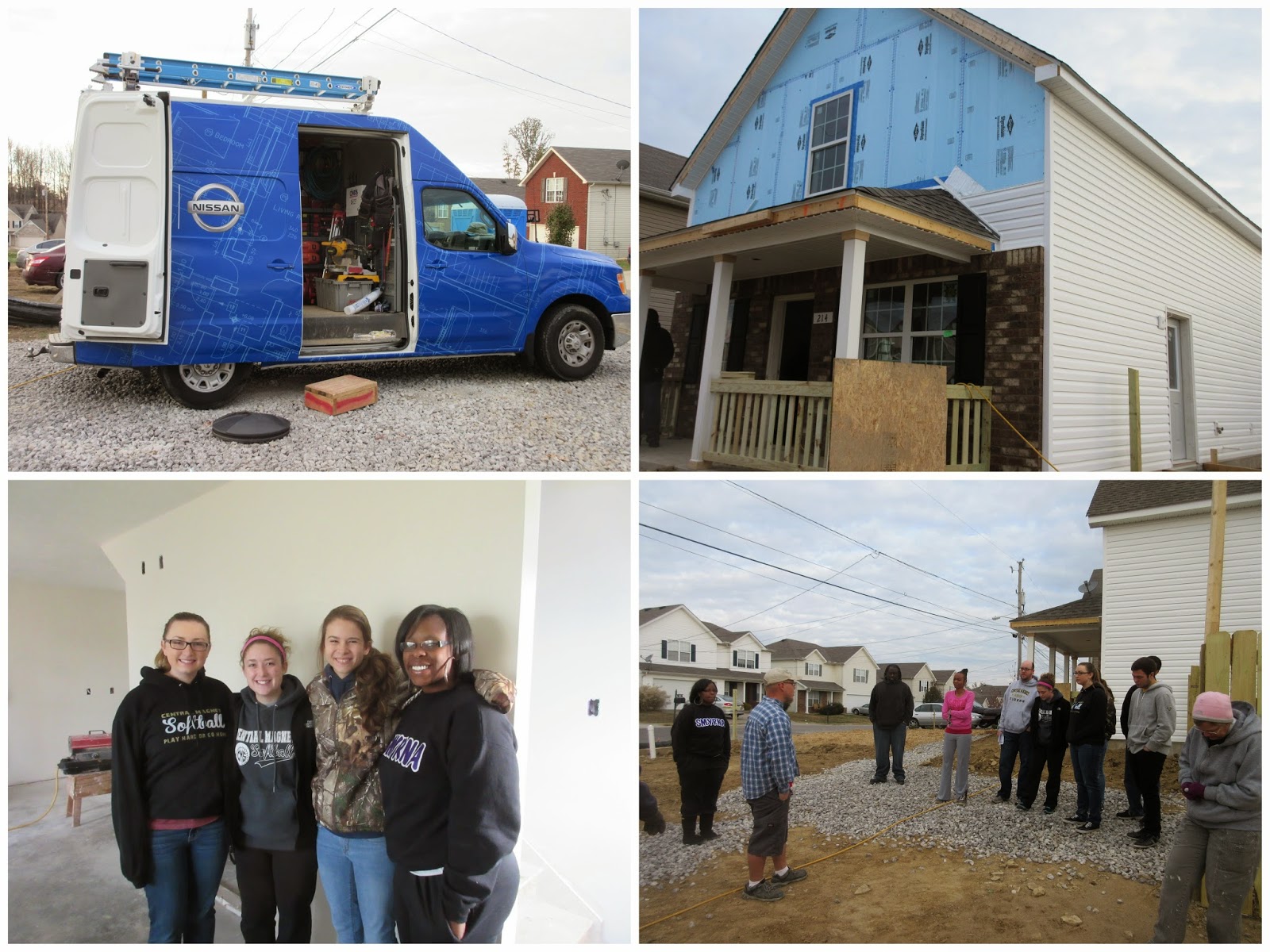 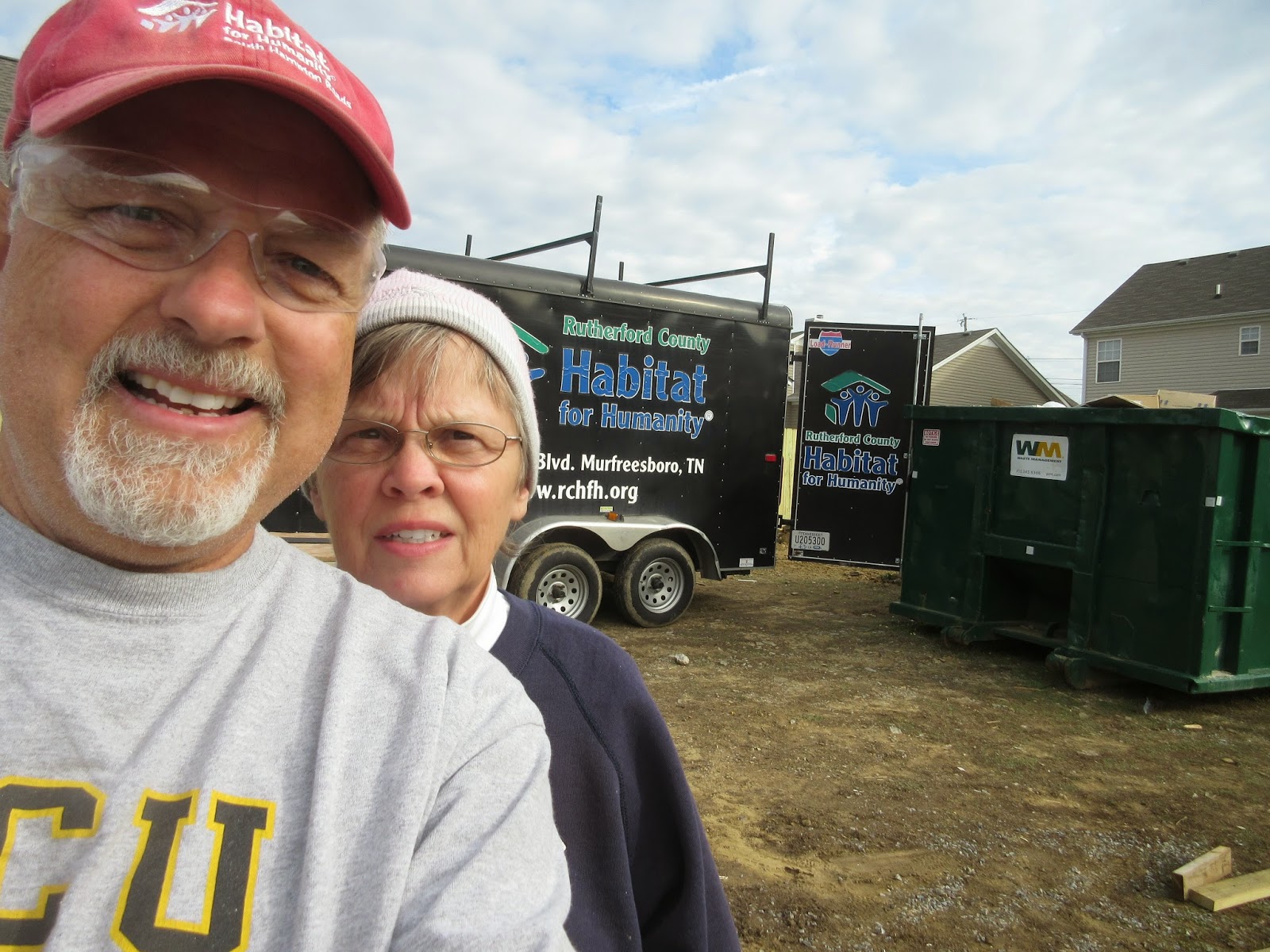 They had three main things going on with plenty of volunteer help.  They were
Painting inside, 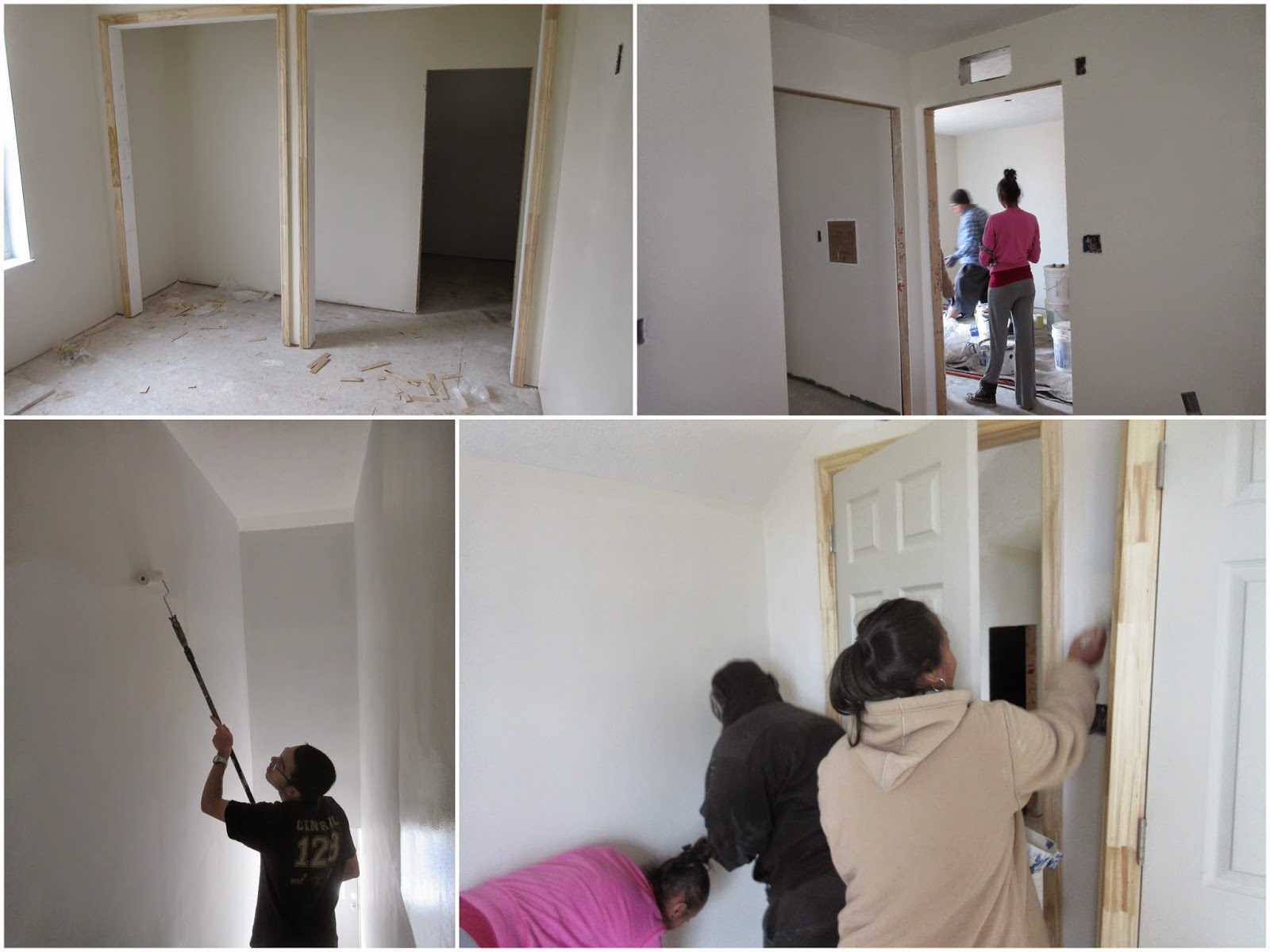 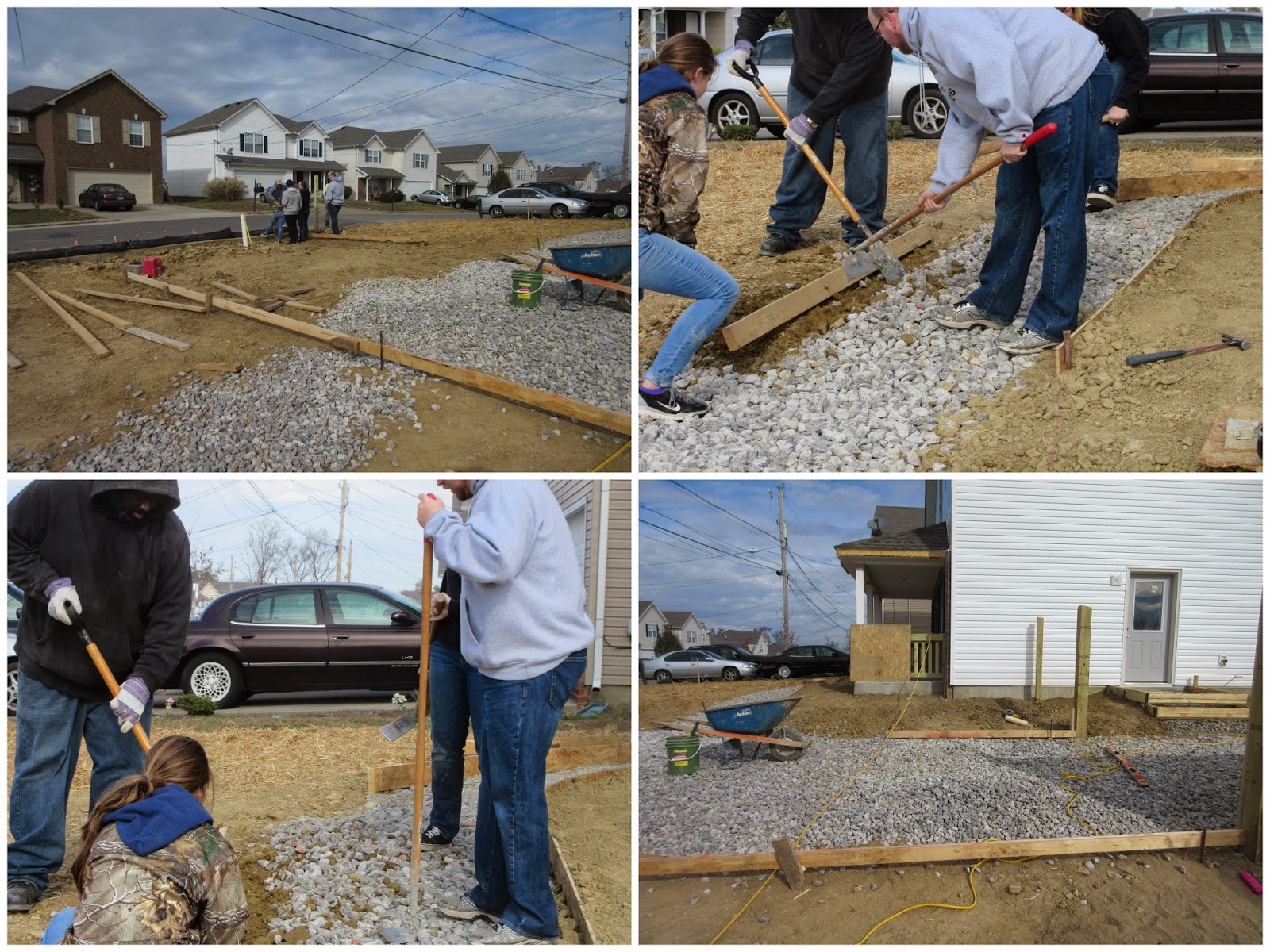 And putting up vinyl siding.  In our 6+ years of volunteering with Habitat, I have never put up siding, so I was glad to do that and become familiar with the process. 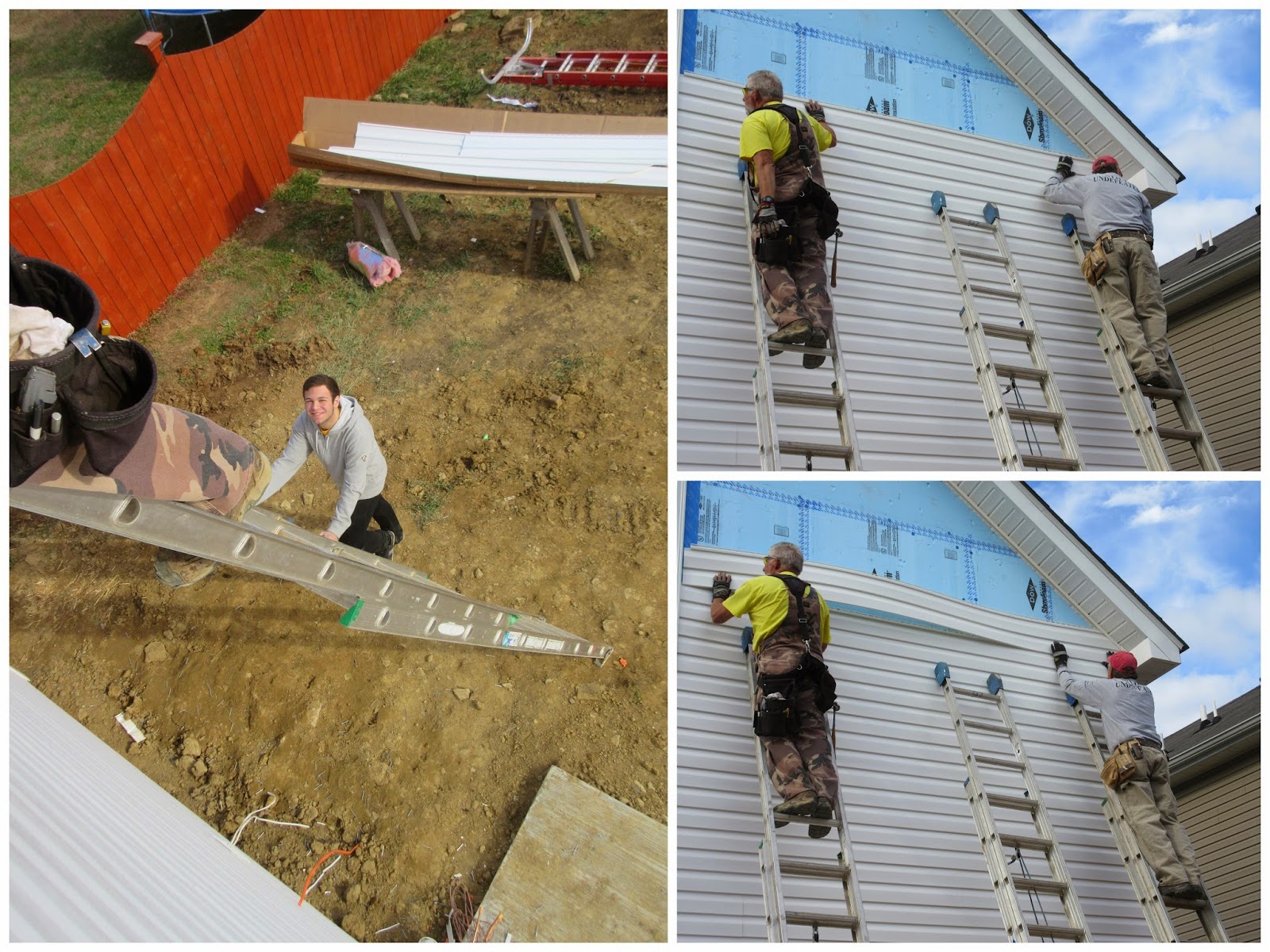 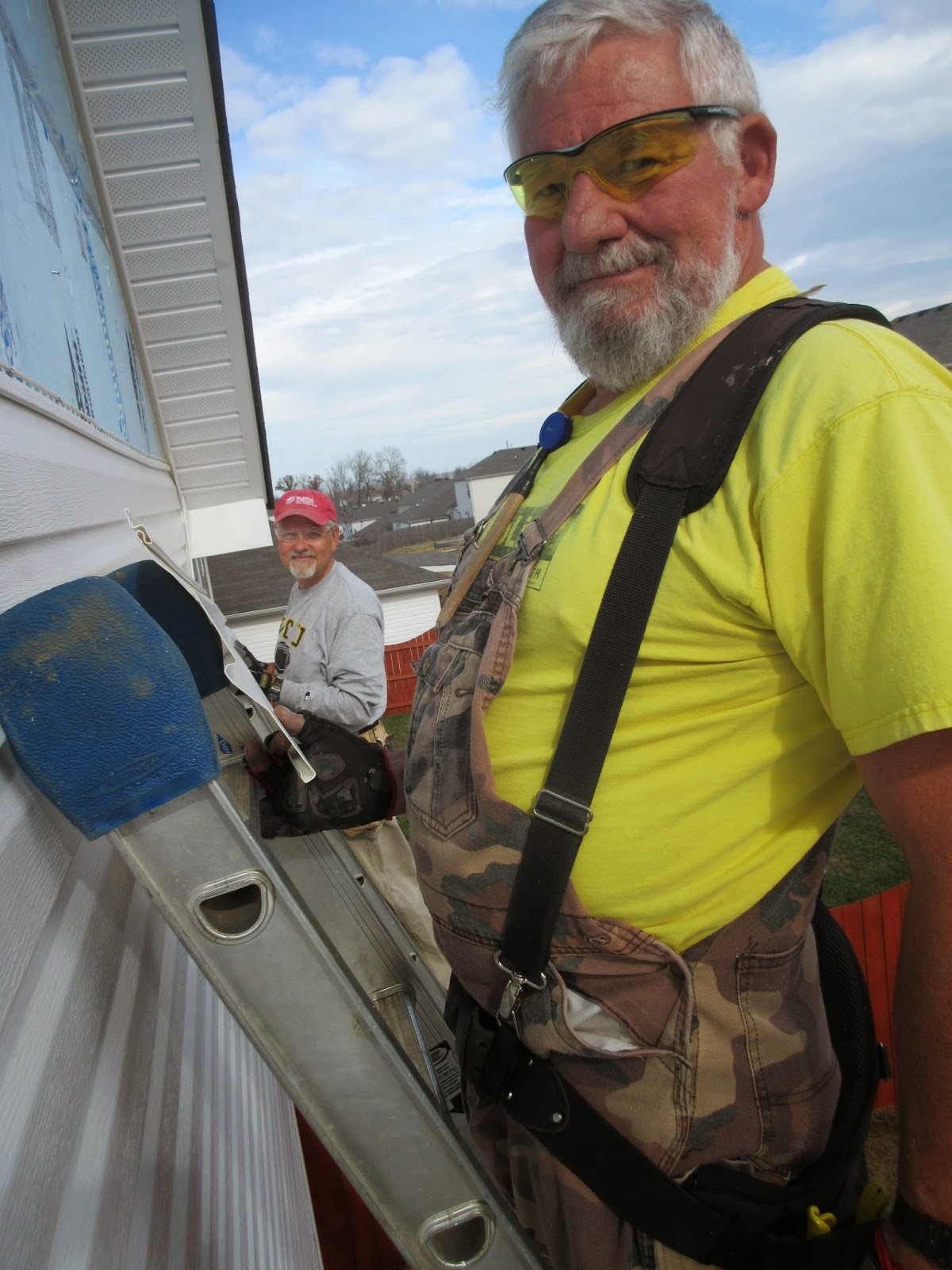 Larry is a retired guy too that volunteers 2-3 days a week for Habitat.  He and I took the vinyl siding to the top of the window before Pam and I had to leave.  We just worked 1/2 day so we could get over to see Kayla and her family at the MTSU football game.  More on that later.

It was another good day at Habitat and we were glad to be a part of it on Saturday!