2nd Week of our Habitat Build in Macon

We just have a couple more days before we wind up our Habitat For Humanity Care-A-Vanner build here in Macon GA.  It has been another good one.  We have gotten some work done, met some great people and thoroughly enjoyed it.

We have spent a couple of days at the yellow house and the one next to it but most of time has been in the brick house which was given to Habitat by the city of Macon. 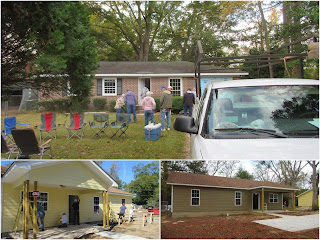 It is in extensive need of some rehab before it is ready for the new home owner.

Each day we gather at the site for devotions and our "Habitat is Not a Hand-Out but a Help Up" circle. 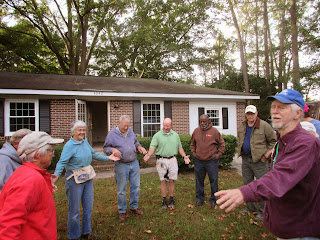 Then we get a recap of where we are and what we need to do for the day along with our work assignments from Steve, our Construction Coordinator. 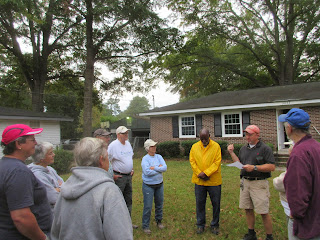 He's the best! and a great guy to work with.

We divided up and have done things in every room and outside the house as well. And under the house and in the attic. 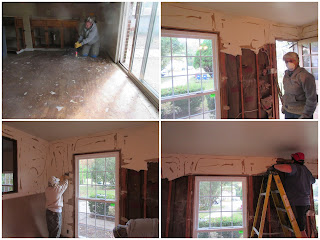 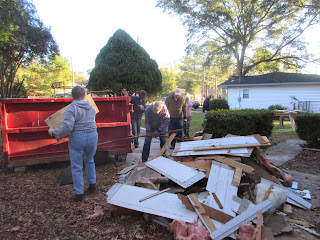 We piled it in the driveway before the trash bin got delivered.  Dot, Robert, Andy and the whole team got debris loaded up and into the container.

And the team put in some new sheet rock 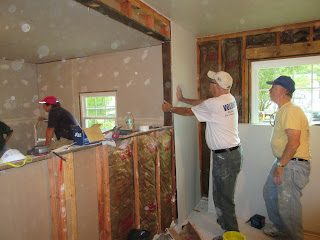 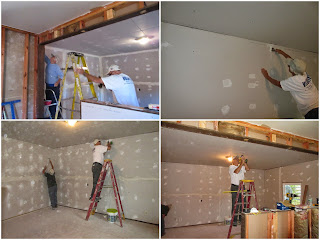 Gabe and Bruce tackled the inside of the garage conversion with the new sheet rock.

And Andy, Gabe, Mary and Dot did a lot of work painting bedrooms and doors 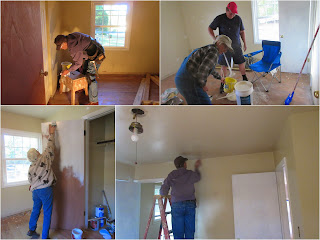 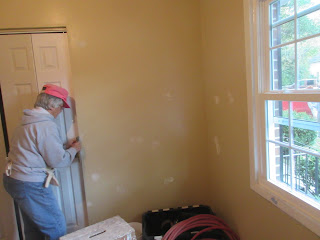 The garage conversion needed a facelift with some insulation and concrete siding for a new look. 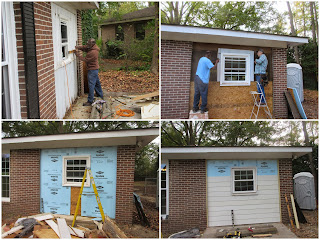 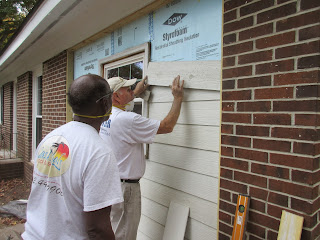 Robert tackled that one with lots of help from Andy and Bruce.

We had more insulation and concrete siding on the back of the house to do. We found the support under the window was provided by half of the back door they secured into place and covered up. 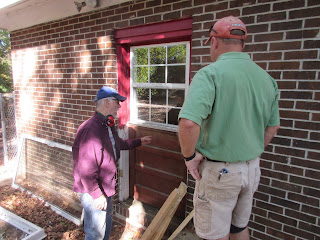 That was insulated and will have more concrete siding put on to match the front.

There was an access door under the crawl space that needed to be built so Mike and Carol (our team leaders) took on that project. 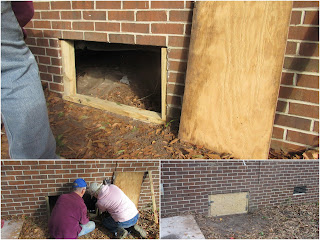 Steve, Pam and I mostly worked in the kitchen.  We had to pull up the flooring and figure out what to do with termite and water damaged bands butting up against the floor joists. 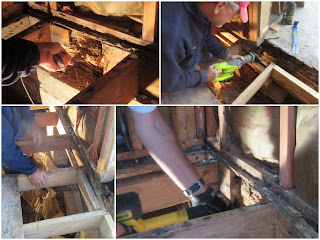 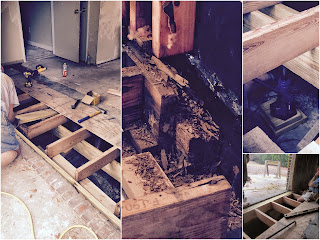 This was a major effort to jack up the floor, removed the damaged wood and figure out to get the new 2 x 12s back in there.  It will be a couple more days before we finish up this guy and get the floor back down.

But it hasn't been all work work work 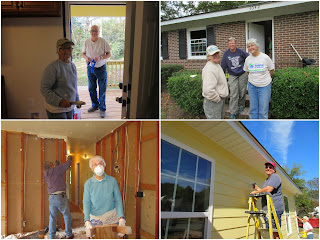 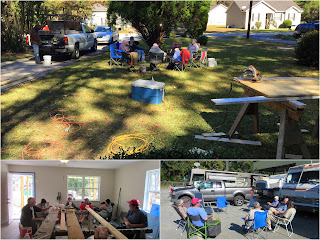 And we had dinners together 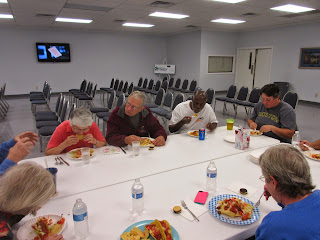 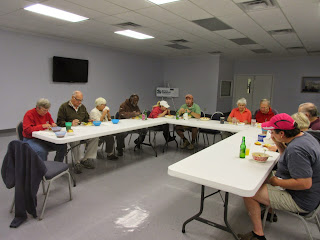 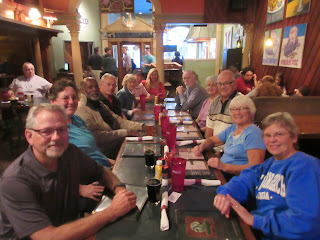 And some have gathered around the table to put together an intricate puzzle. 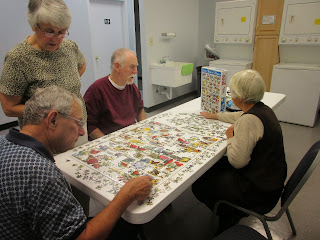 Its been a fun two weeks with a couple more days to go.

Posted by Roadrunner Chronicles at 7:03 AM