We really like our campground at Naval Station Mayport.  It is just north of Jacksonville and St. Augustine.  We have been to St. Augustine a few times and always love seeing it again.

Since we have been here, we have made the 40 mile drive to there three times and a couple of those times we saw the city again on the Old Town Trolley Tours 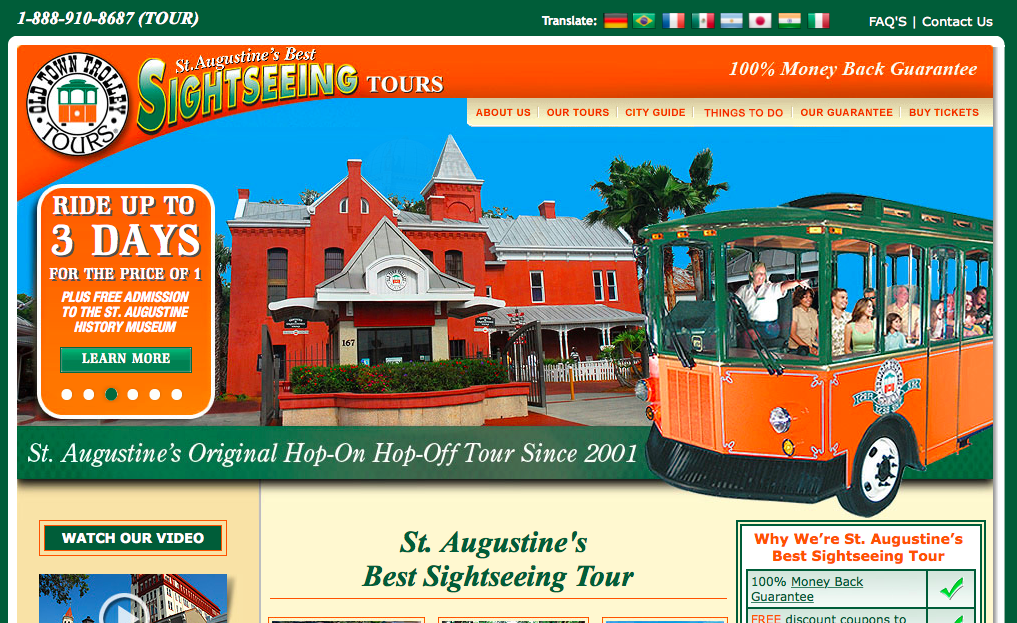 We learn a lot and are reminded of things we forgot.  And you can get off and on at any stop along the 22 places on the tour.  The tickets were good for more that one day so that was nice. 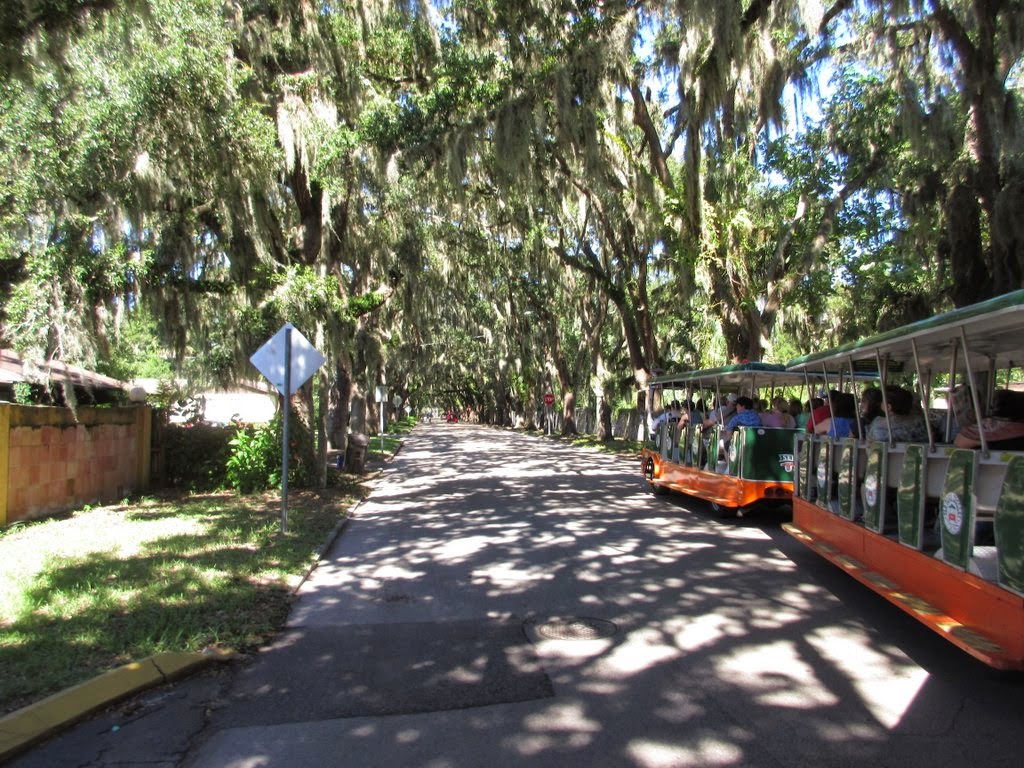 The tour took us over by Flagler College that was originally a hotel built by former Standard Oil magnate Henry Flagler.  After he left Standard Oil with his fortune, he went to St Augustine, decided to build a hotel to draw the tourists and then the railroad to get them there.

He went on to build in Miami and connected it with his Florida East Coast Railroad.  He also built a railroad out to Key West in 1912.

One of the many hotels he owned became Flagler College in 1968.  The Ponce de Leon Hotel became one of the main 15 buildings on campus. 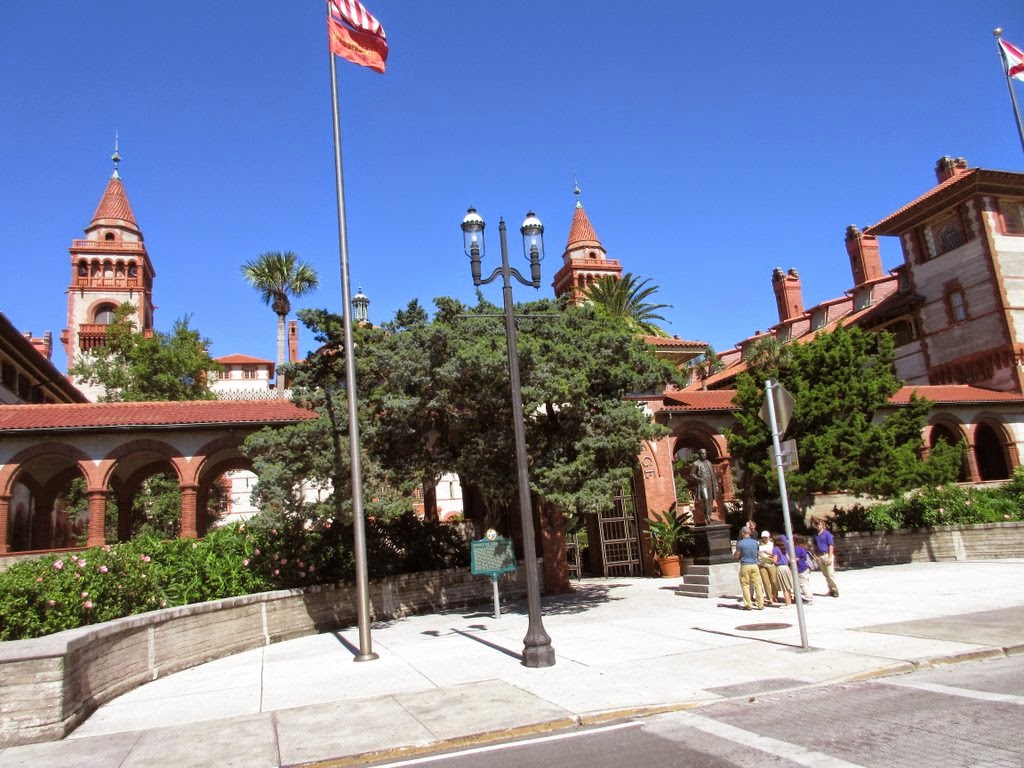 Across the street, the Lightner Museum was once the Alcazar Hotel. 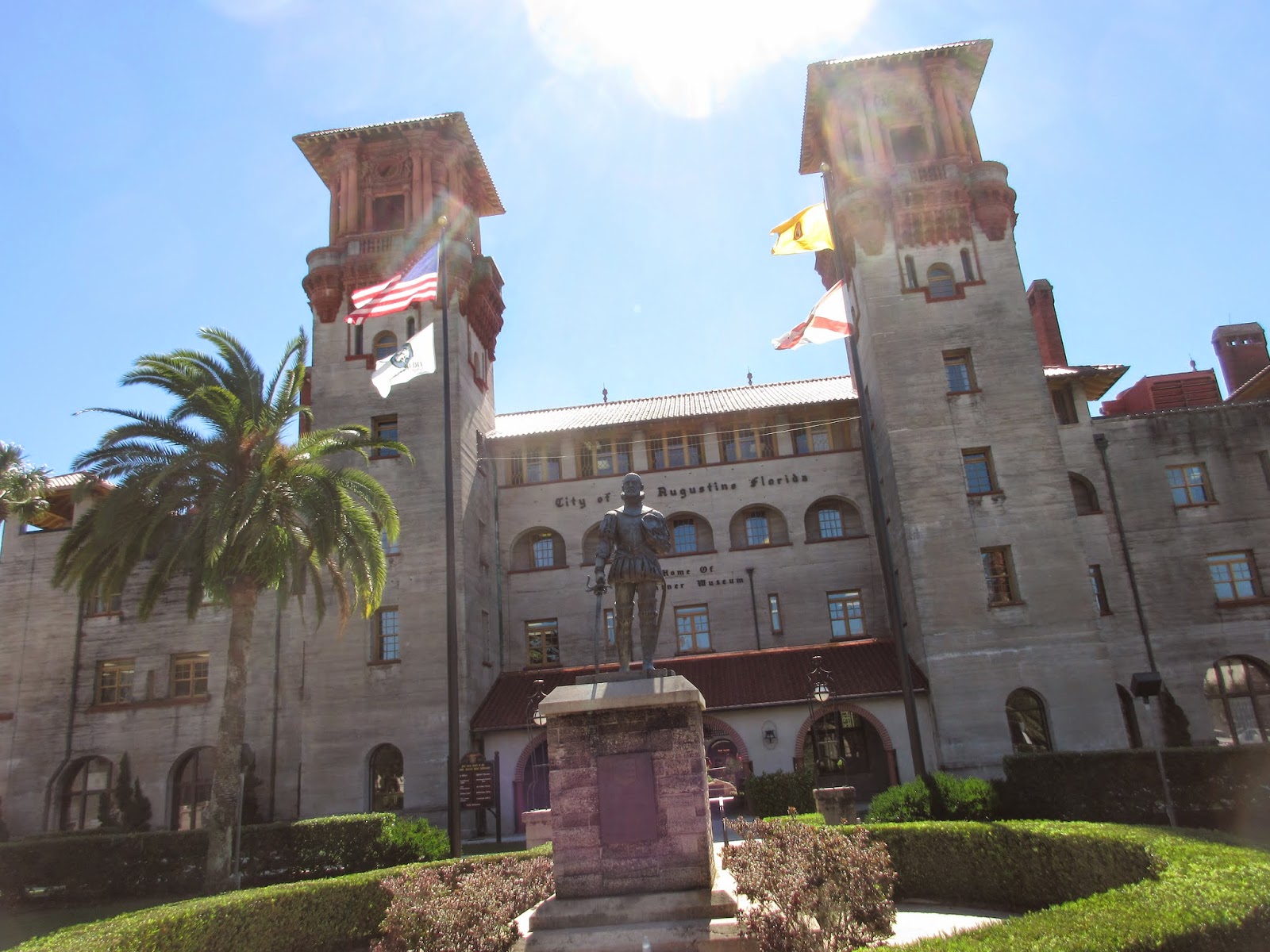 After it fell into disrepair, the hotel and museum became part of the City Hall.  It is now fully restored and a beautiful place.

The most historic place of all is the Castillo de San Marcos that once protected the city. 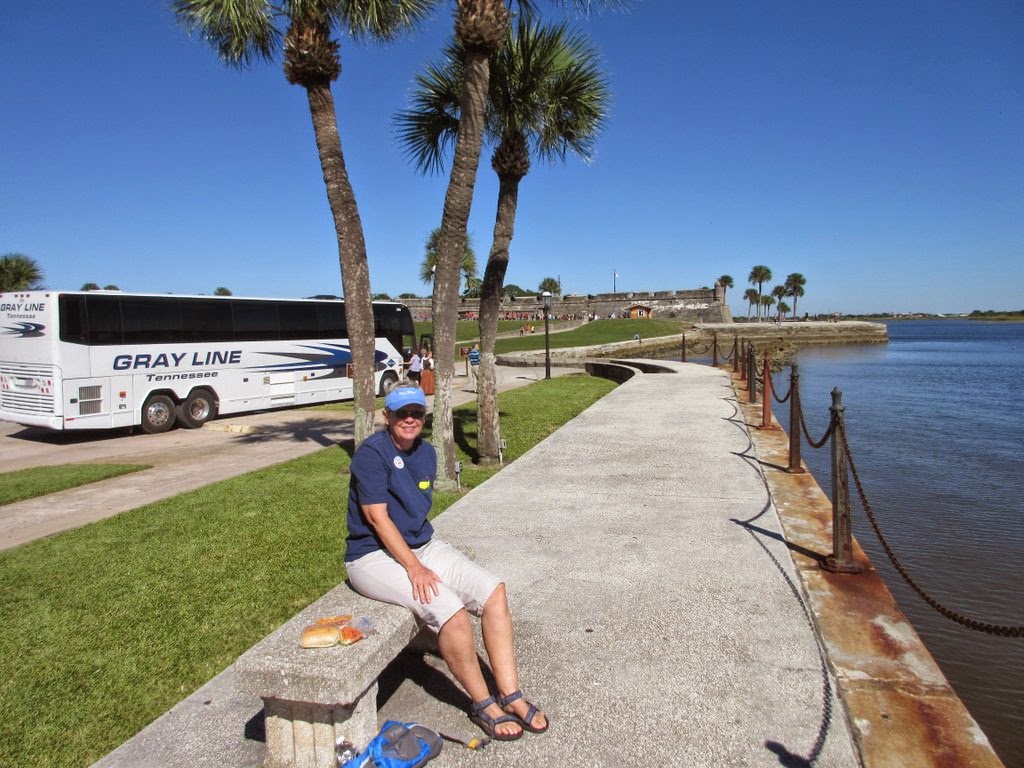 We found an empty bench on the old seawall next to the fort and had a picnic lunch.

There are a number of historic churches in town including the Cathedral of St Augustine. 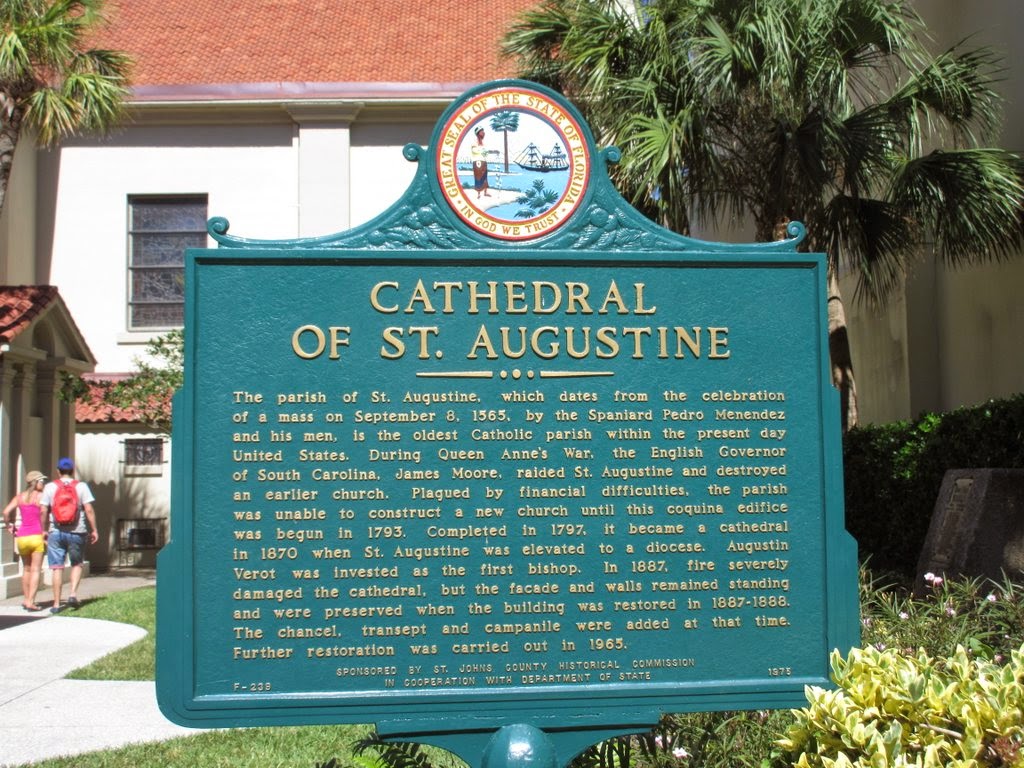 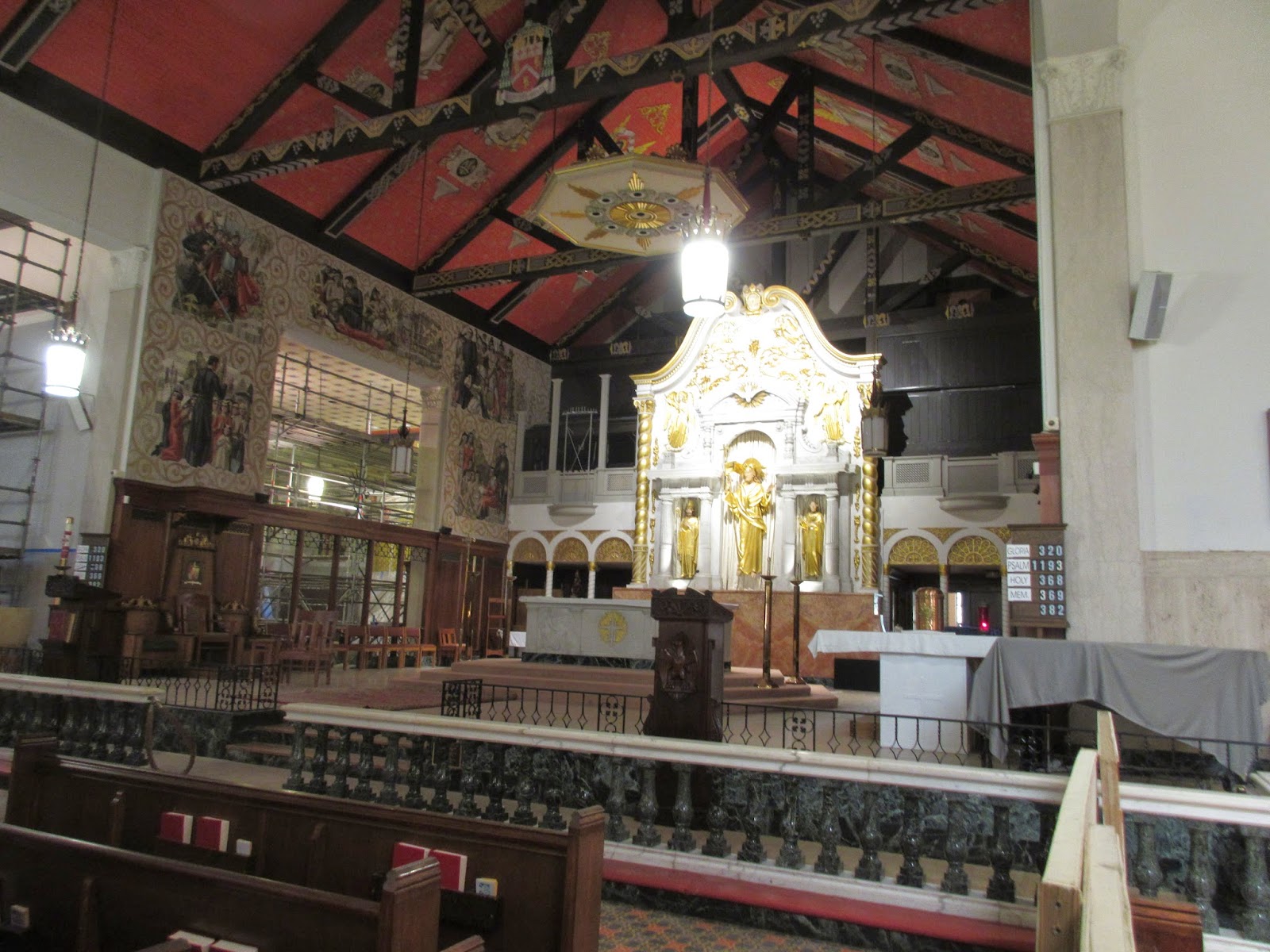 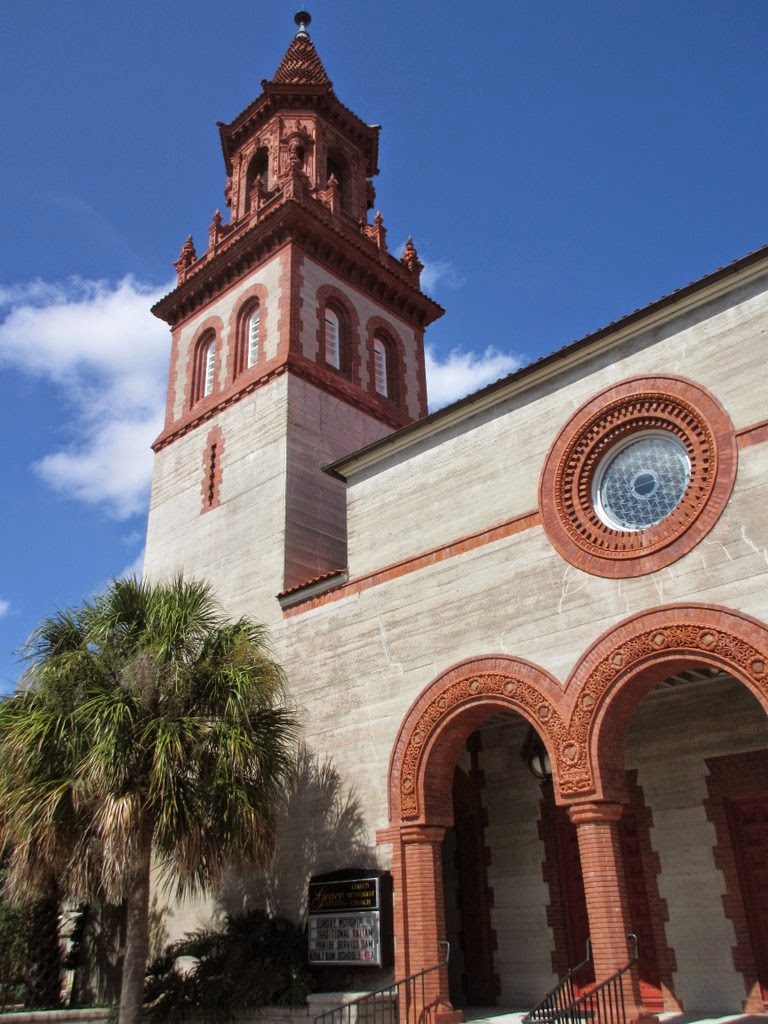 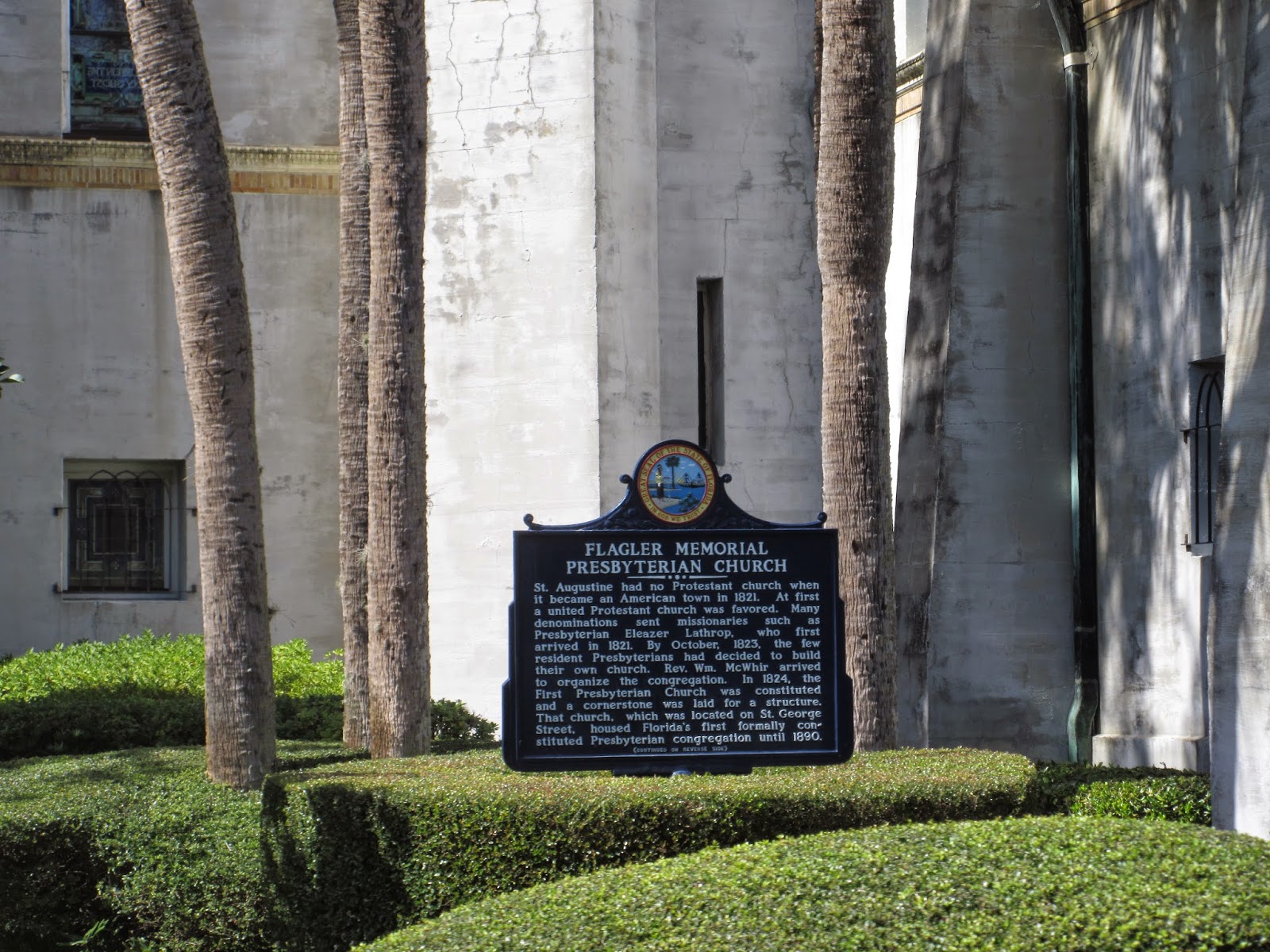 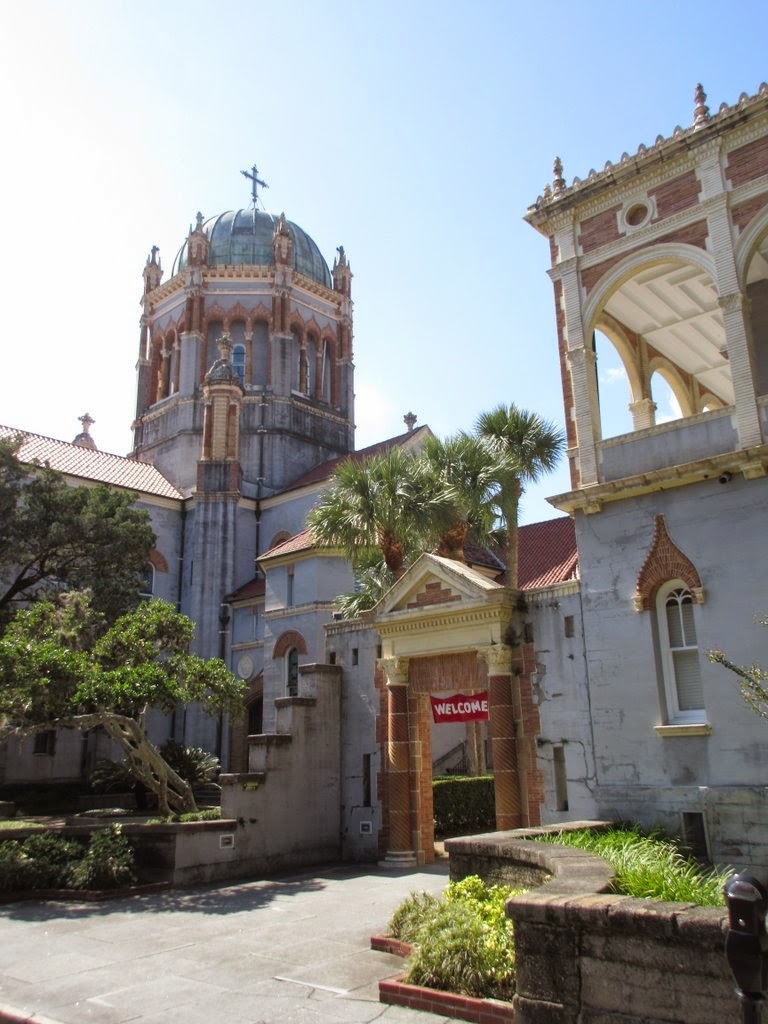 It was built in memory of his daughter who died shortly after childbirth.

It was fun to walk around the historic St George Street with all the shops and old Spanish buildings. 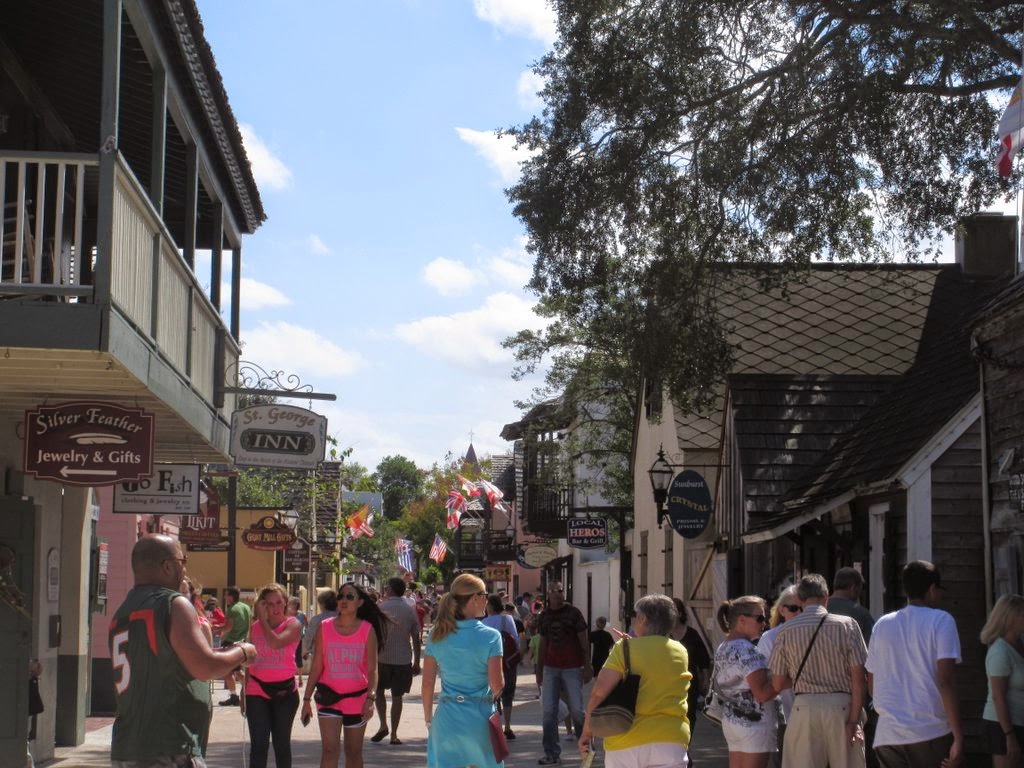 A couple of things we learned after coming here again was the size of the conquering Spaniards in 1565. 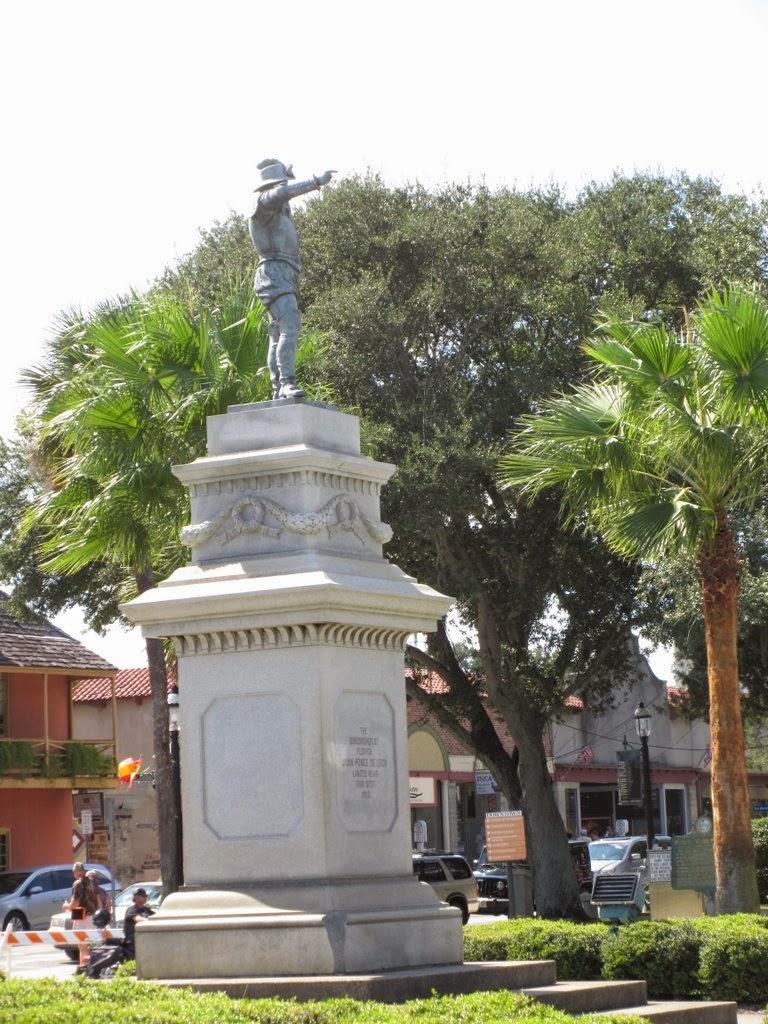 We didn't realize Frederic Douglass gave a speech here in 1899. 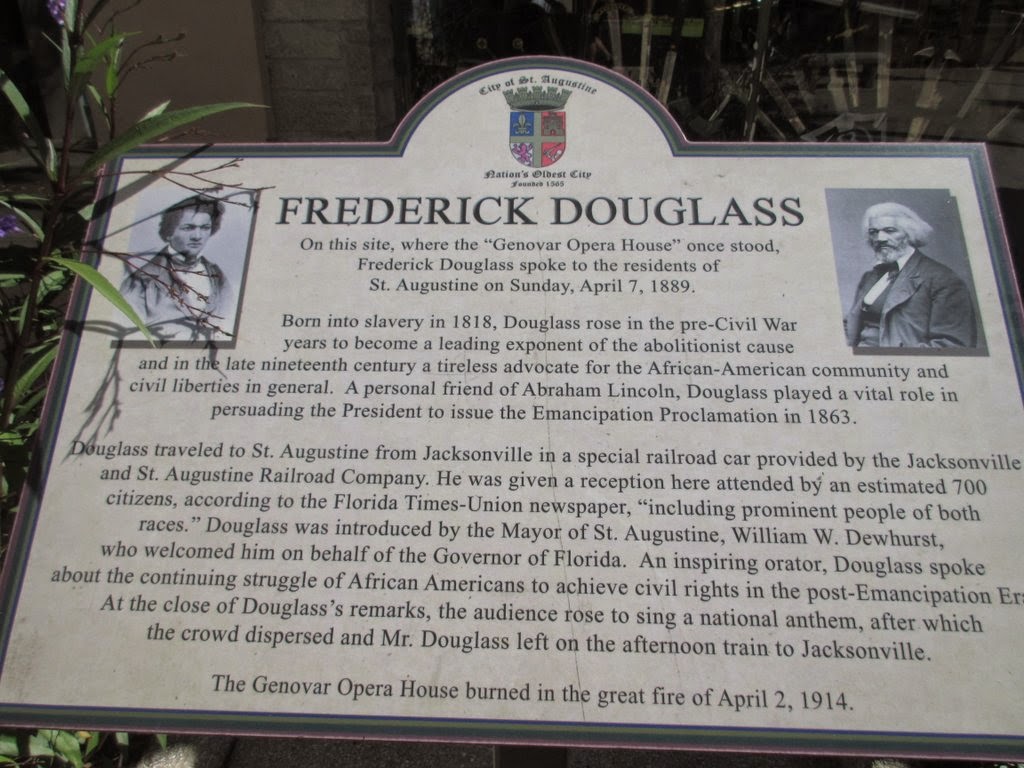 And Martin Luther King Jr. was in town during the '60s giving speeches during those turbulent years.

The trip back to St. Augustine was well worth it and the weather was great!