Golf and Beach Time in FWB!

Fort Walton Beach always brings back some great memories because this is where Pam and I met and got married.  We were both stationed at Hurlburt Field at the time.  We keep coming back and marveling at the changes.  In the mid 1970's special operations in the Air Force almost got absorbed into the Army.  But then the Iranian hostage crisis broke out and the base and units on base have grown ever since.

While some units are drawing down and bases closing, the role of special operations in international conflicts continues to grow.  The base is twice the size it used to be back then.  As we drive around the base it is hard to remember what buildings were where since some many new and larger ones now exist.  My old barracks and work location have been demolished, with the site now used for bigger buildings.  And their seem to be more flying units on base.

In addition to those memories, this is the place where Pam learned to play golf.  And we like the course on base so we managed to get out one afternoon for a round.

Wow - the changes they have made to the course are impressive.  In addition to adding a second nine holes, the course has new carts and signage that is new and it is very well maintained.  And we couldn't beat the after 2 PM rates - $21 each including the cart.

We got there early enough to hit some balls on the range and then did some practice putting.  Have to get the mojo going for what I anticipated was going to be a very good round. 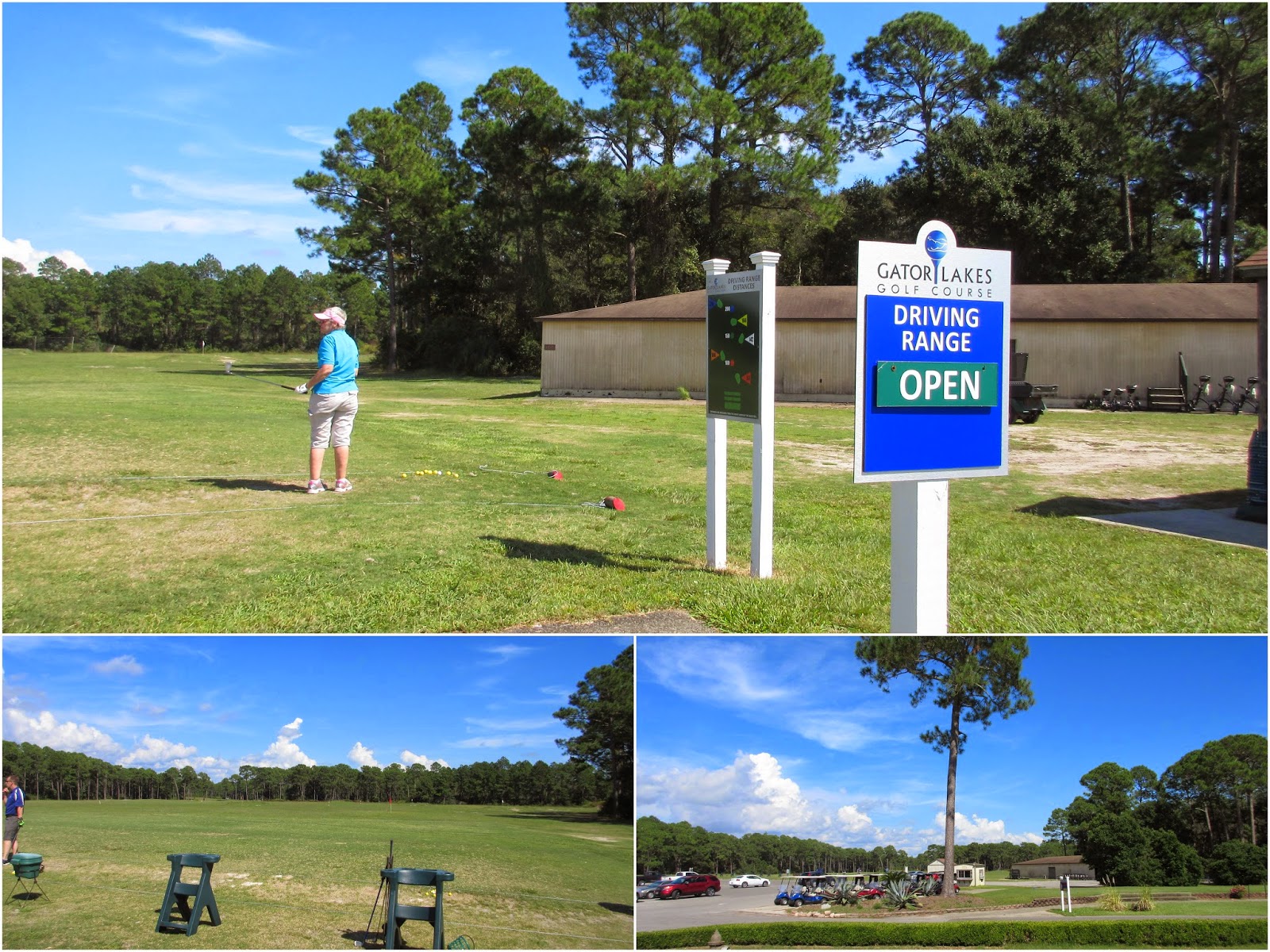 We had the course to ourselves on a very humid 84 degree day.  We were across the runway from the planes which we saw and heard overhead. 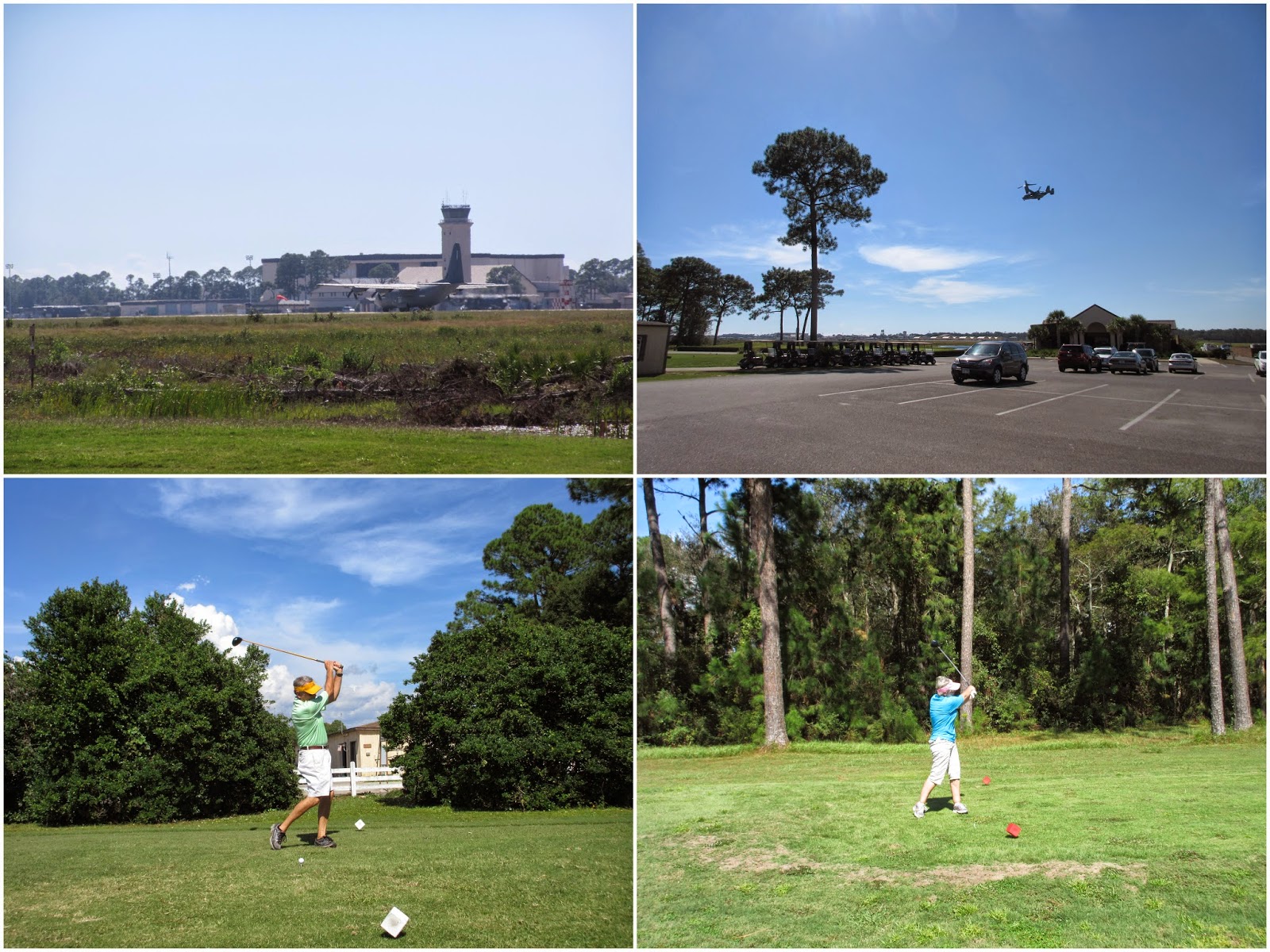 It was fun and we both hit some good shots. 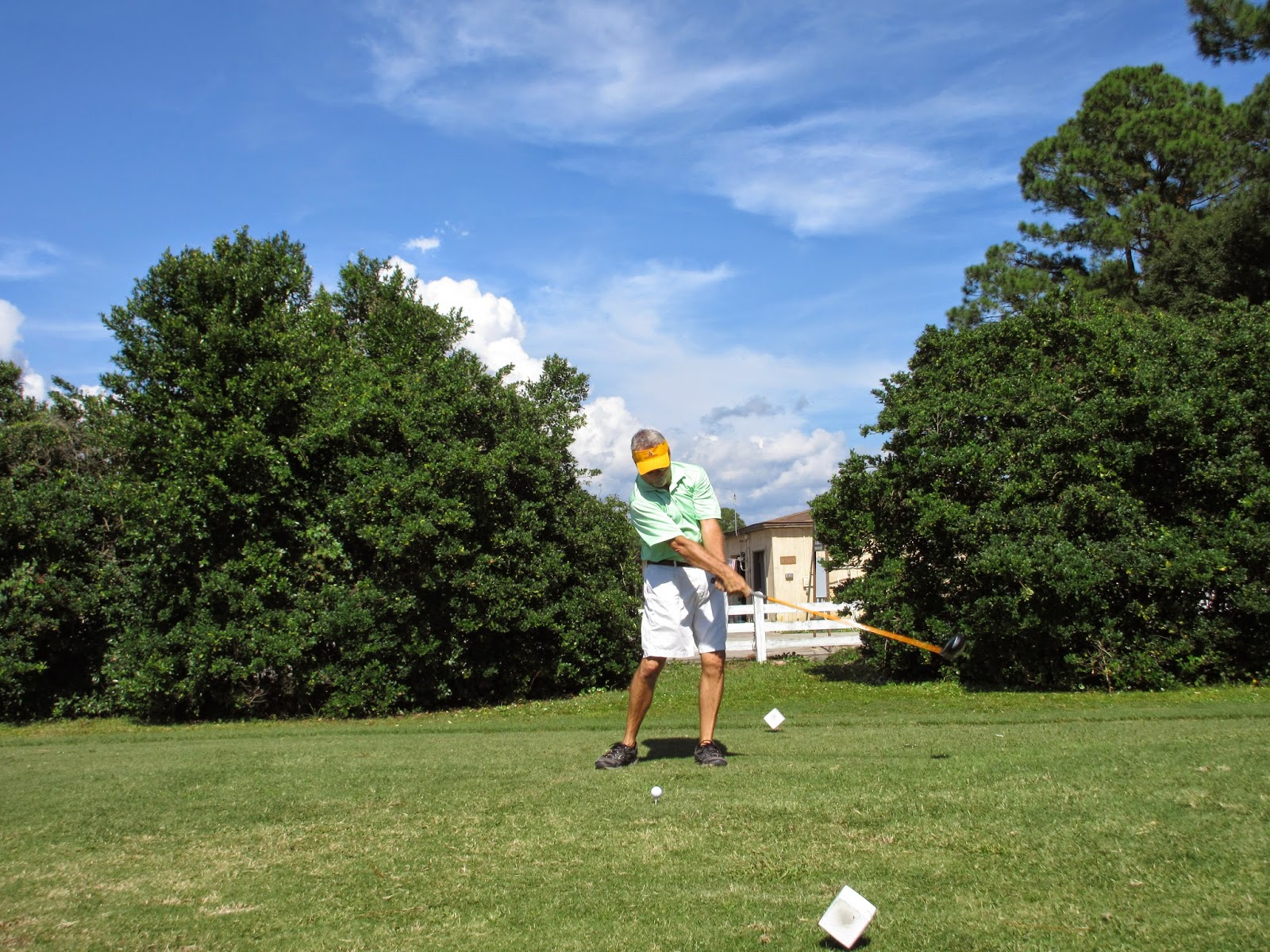 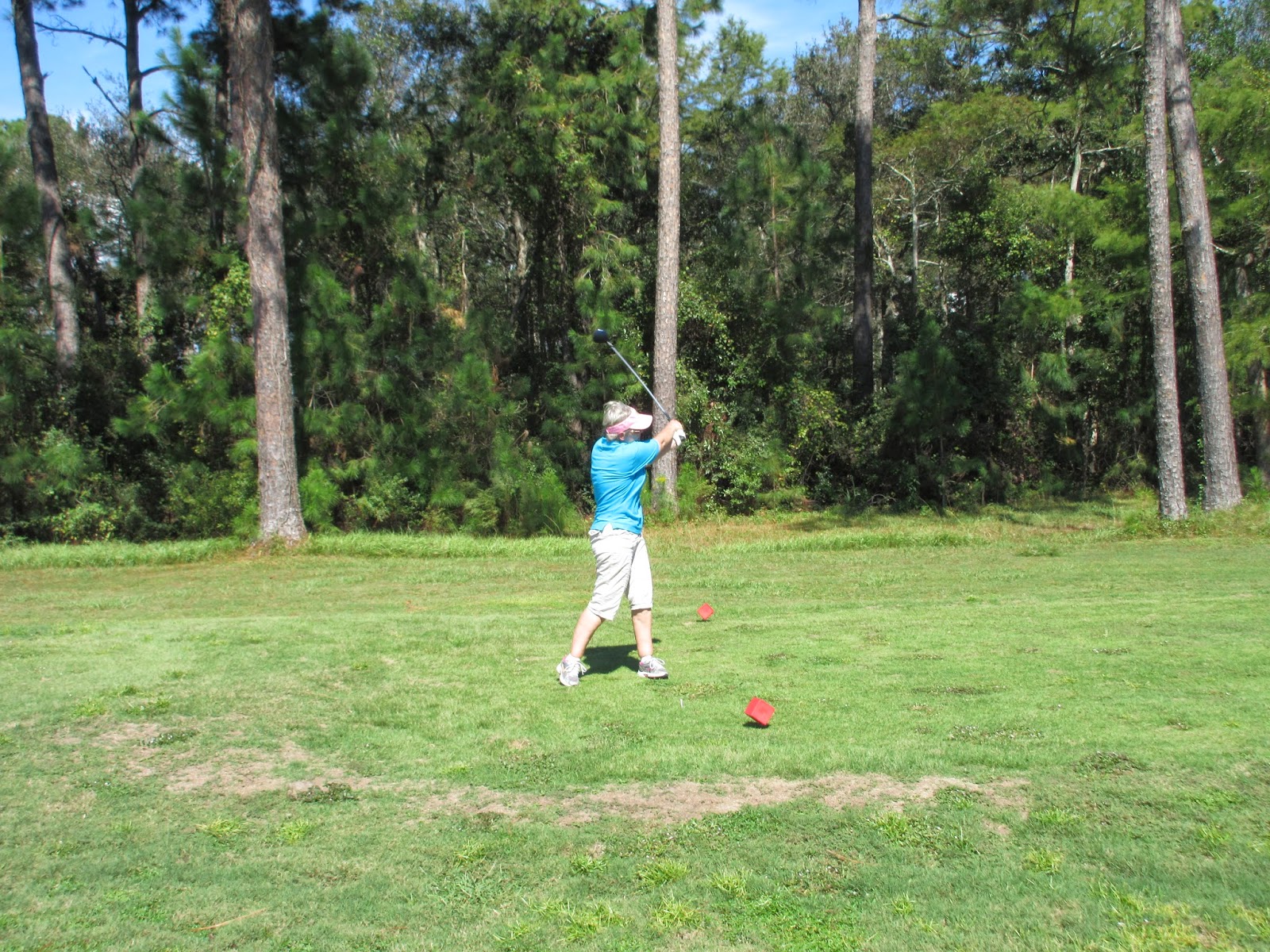 And too many of those other kind.  Despite having my high round of the year, we had fun and enjoyed ourselves.

Some folks are beach people, others are not.  We love the beach.  And the weather has been fabulous our whole week here in Fort Walton Beach.  We had a few things to get done while here, but we managed to get some beach time in.

On the first day, we went to Beasly Park on Okaloosa Island 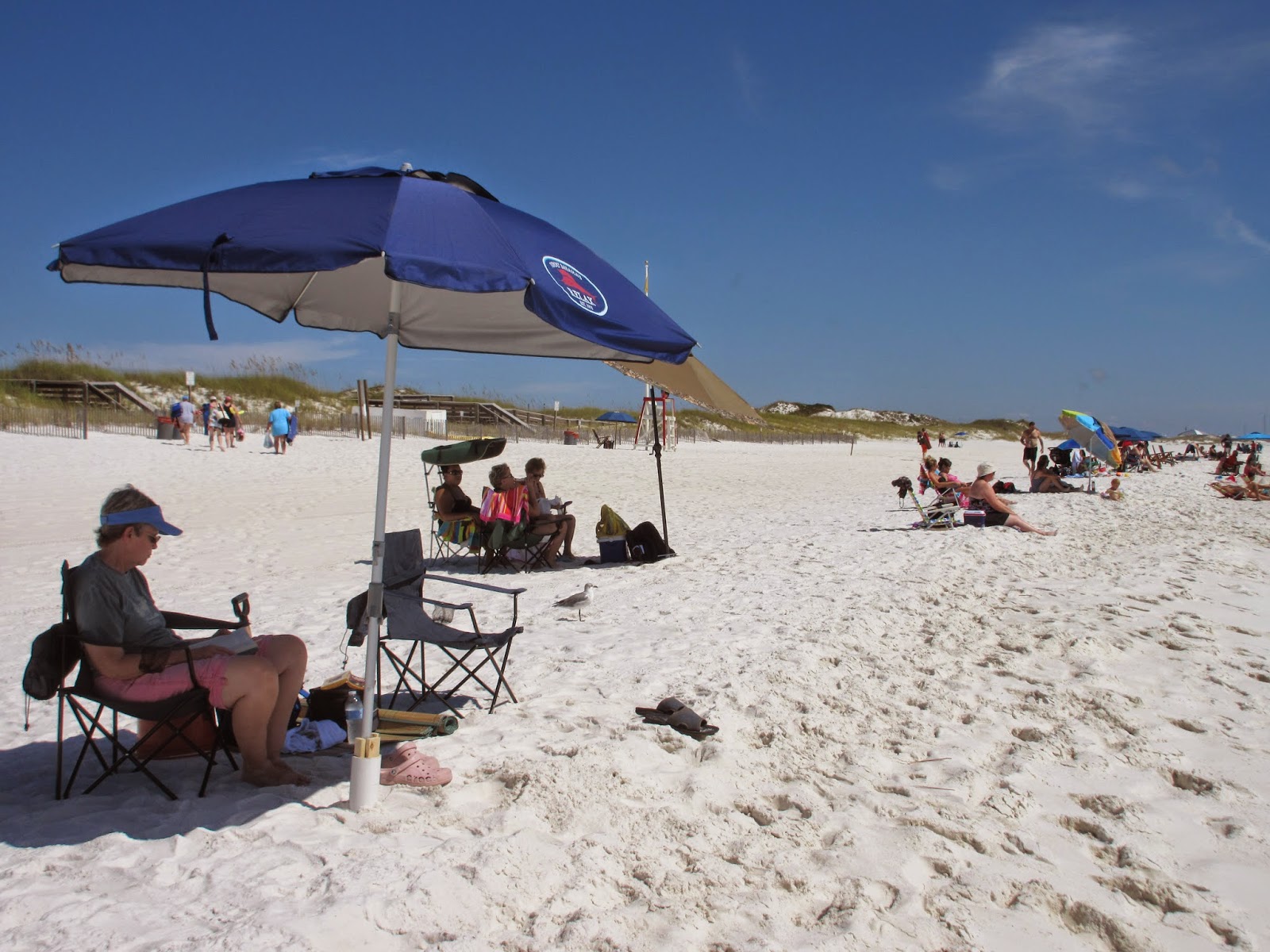 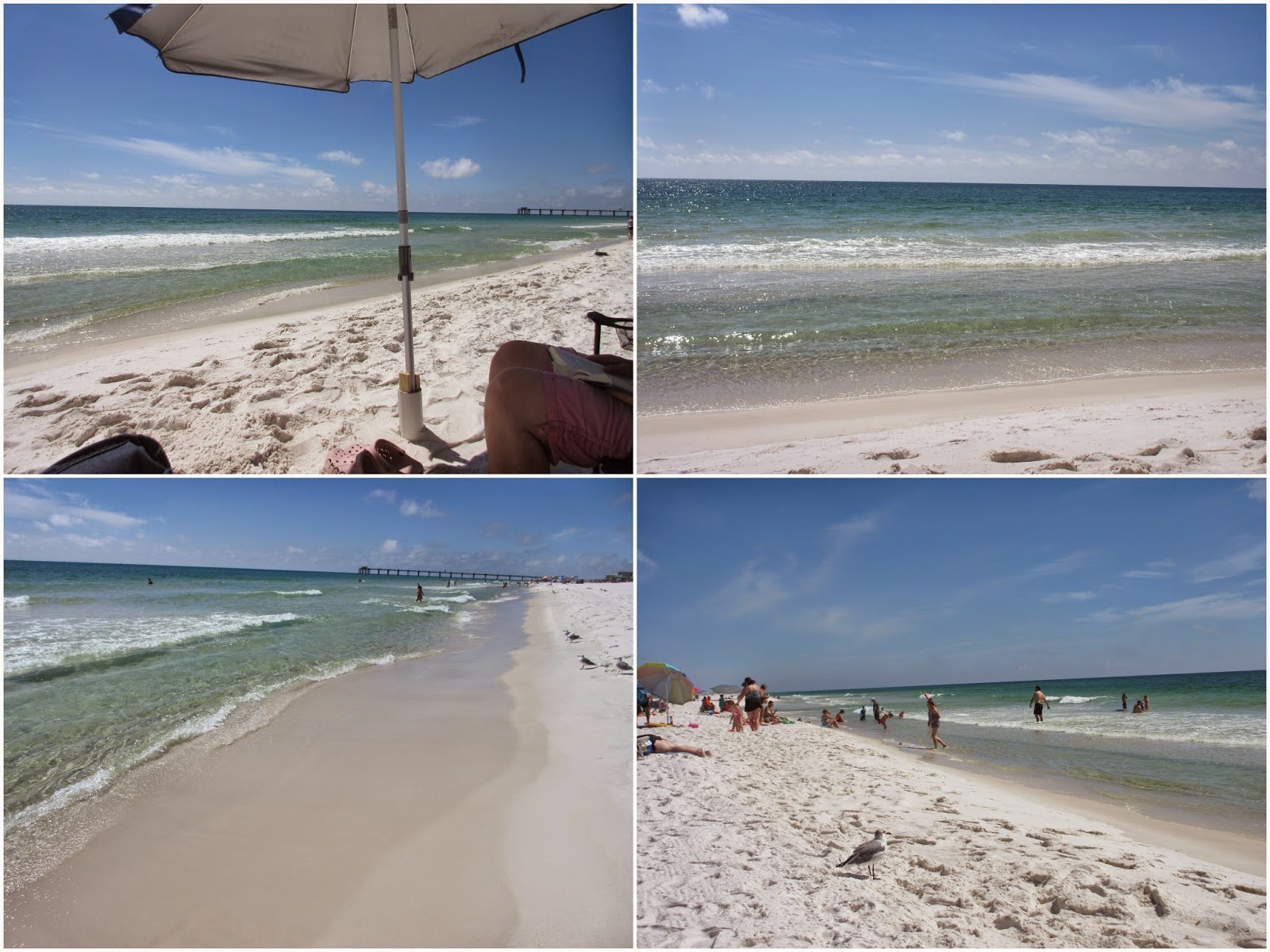 Its a very nice beach with lots of beautiful white sand.  Probably the whitest beaches in the world.  Certainly the whitest we have ever have ever seen.  I remember coming here after work a few times back in the late '70s and just fascinated by it and wading through a beaten up copy of 'Centennial' by James Michener.

The next day we went down a couple of miles toward Destin to the military campground, paid our $3 (which was worth it since the clean facilities were open) and did a repeat -- sat on the beach and read books. 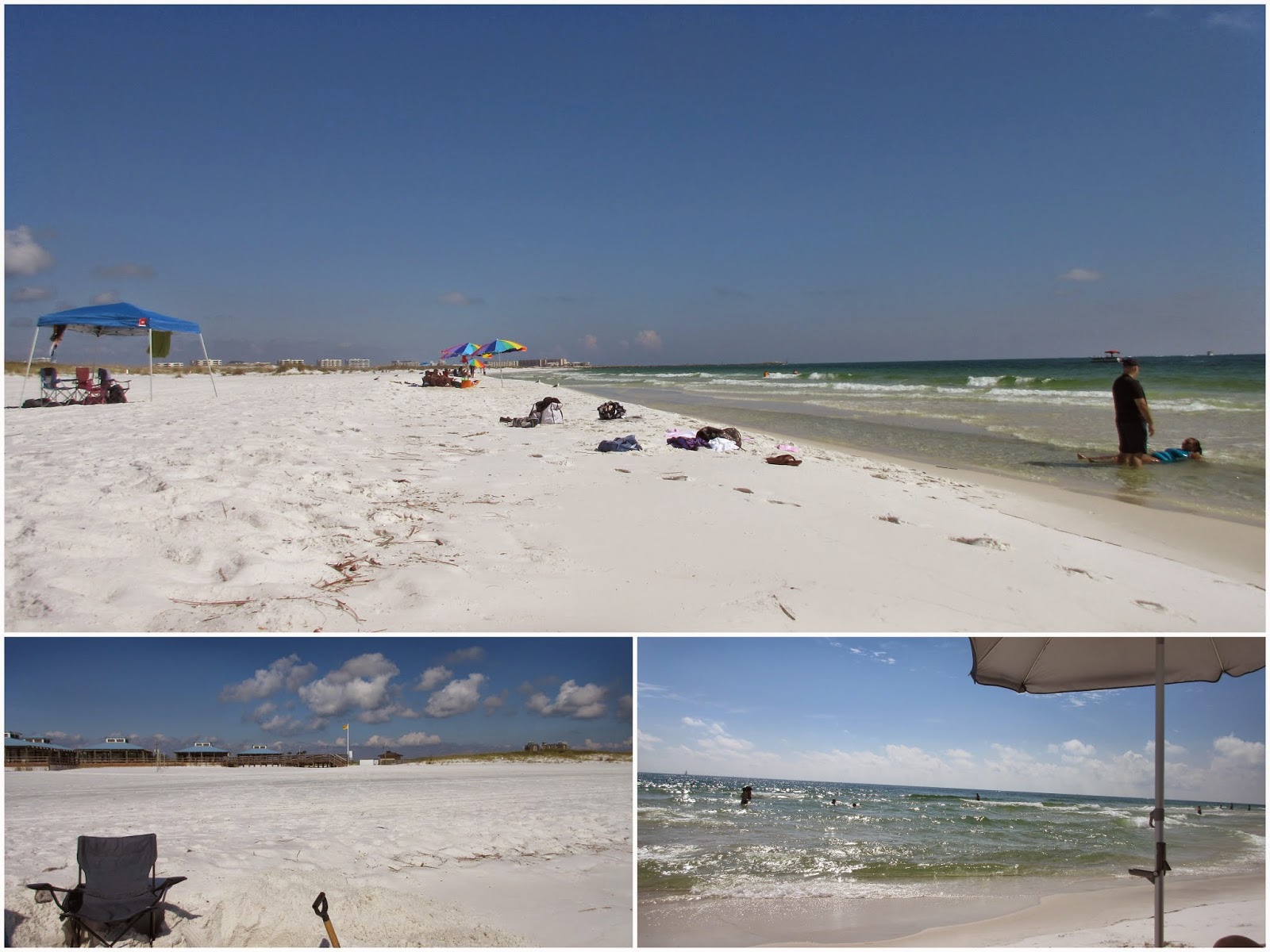 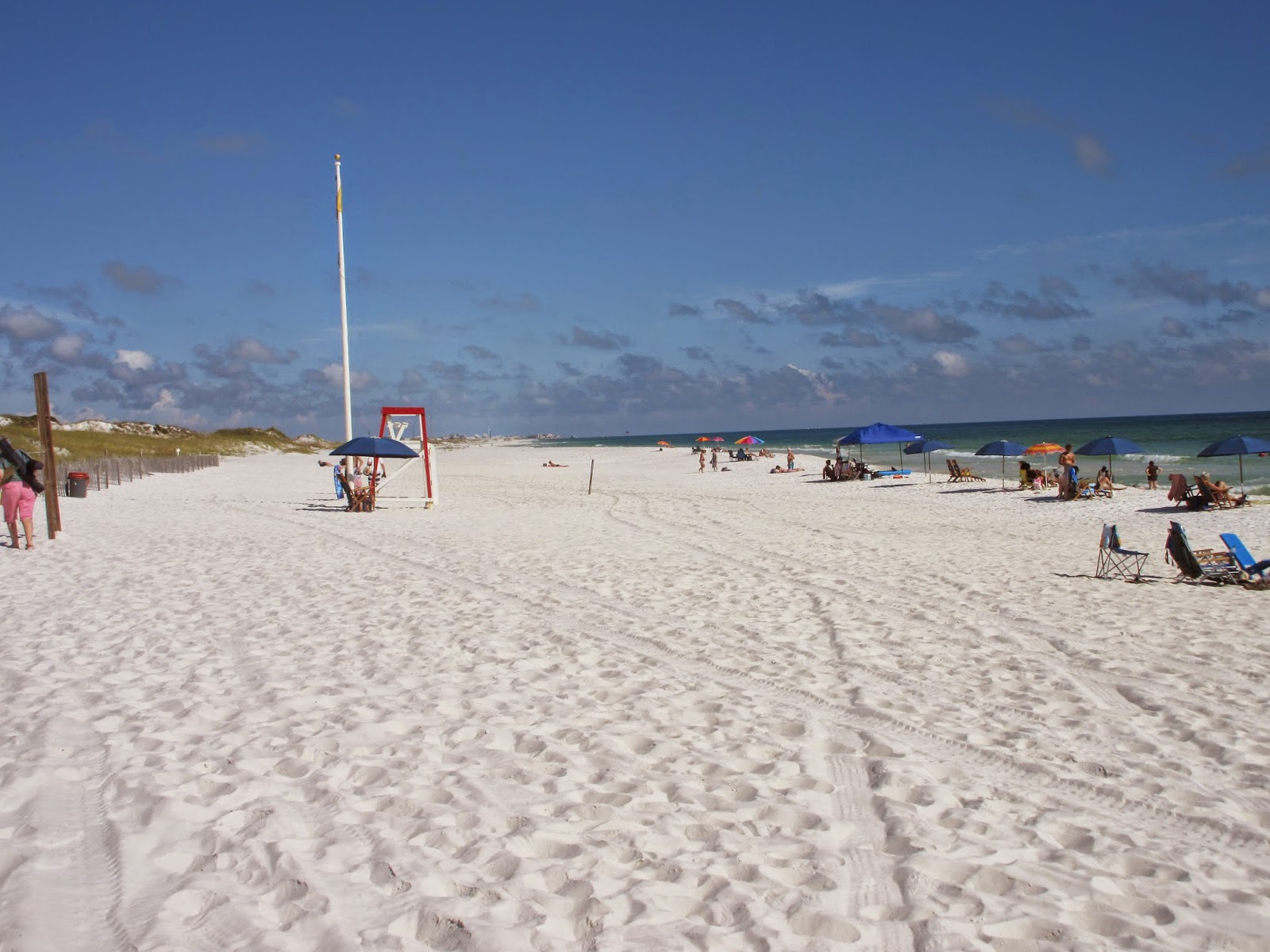 We will be leaving today but we always have a great time in Fort Walton Beach!  Thanks for joining us today on the Roadrunner Chronicles.


Posted by Roadrunner Chronicles at 8:39 AM