A Day at Shiloh and Corinth Battlefields

When we were in Red Bay AL a few weeks ago, we took a day trip to Shiloh National Military Park in Tennessee which also included some time at Corinth, Mississippi. 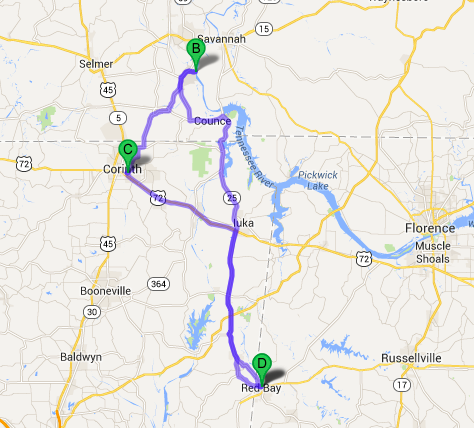 It was a good three-hour roundtrip, but we took our time and spent most of the day.

Our first impression was that is had some similarities to how Gettysburg National Military Park is set up, though a much smaller version.  It has cemetery area, lots of monuments and a driving tour through the property.

We went over to the Visitor's Center, saw a video and learned of Grant's victories at Fort Henry and Fort Donelson before heading toward his next objective at Corinth.  He landed his troops at Pittsburgh Landing (Shiloh). 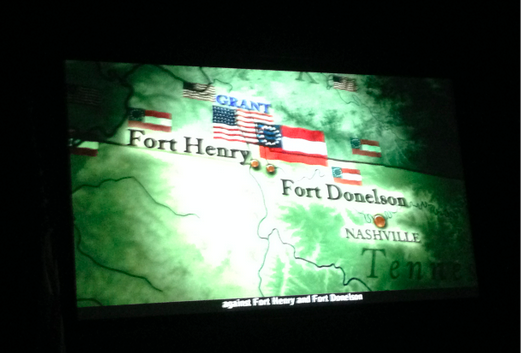 After the video, we stopped at the bookstore, then walked over to the cemetery. 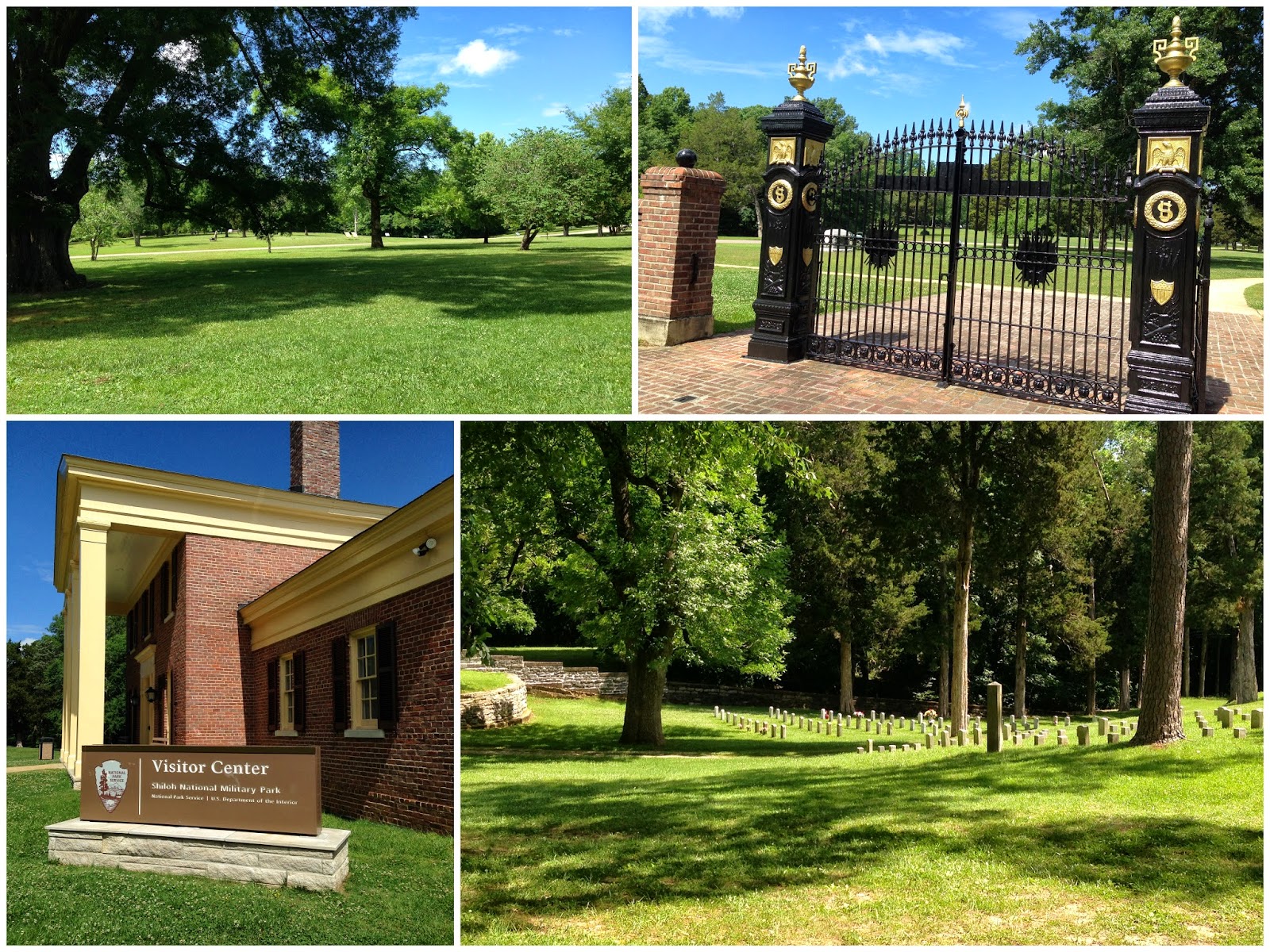 After a few minutes there, we were approached by a girl and her friend who asked if we would like to do a local newspaper photo op for them.  We were glad to do so and listened to a local tour guide who gave us some of the history of Shiloh and Corinth. 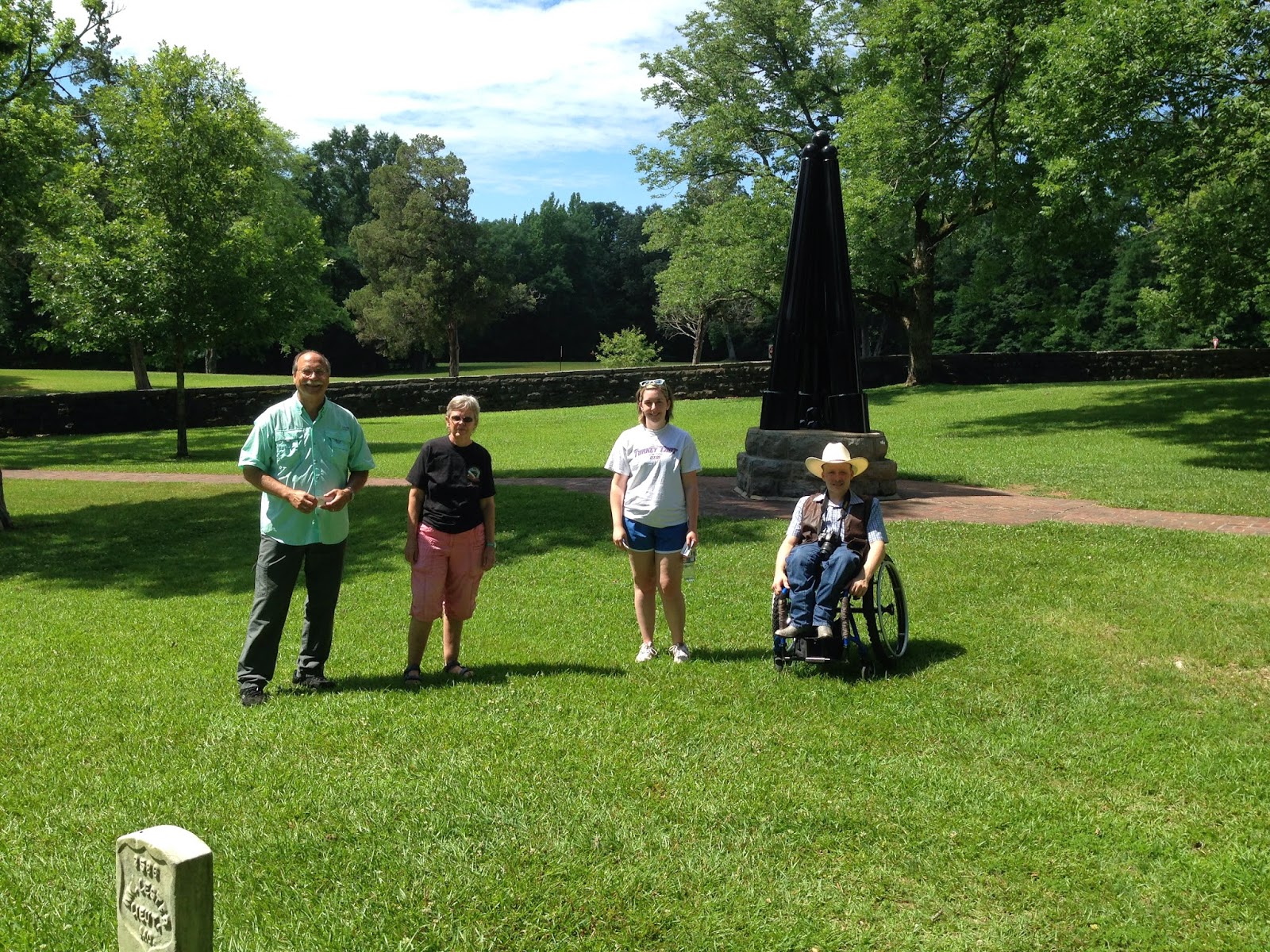 You can read the article here.  That was fun and an added bonus.

Next our driving tour where we tried to image the flow of the battle and skirmishes. 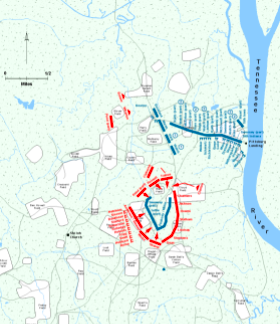 I always prefer a picture of how one side was pitched against the other.  As an intel analyst from my military days, we tried to present a snapshot of what the battle forces looked like.  As you can imagine, pretty wall map is a far different story than the reality of the chaos on the ground.

Shiloh was an critical location for the Union forces to secure in the bid for the important Confederate railroad junction at Corinth, MS 23 miles to the Southwest.  The battle at Shiloh was the beginning of a six-month siege at Corinth to take control of the railroad and supply centers.

I had started the book months ago but am currently in the process of finishing Personal Memoirs of U. S. Grant - (his autobiography).  Very interesting reading.  Grant was injured when his horse fell on him during the heavy rains and heat of the battle.  The battle at Shiloh (or Pittsburgh Landing) on the Tennessee River was the first major battle won in the Western Theater.

After our driving tour around the battlegrounds, we had lunch under a big shade tree at what was once Pittsburgh Landing. 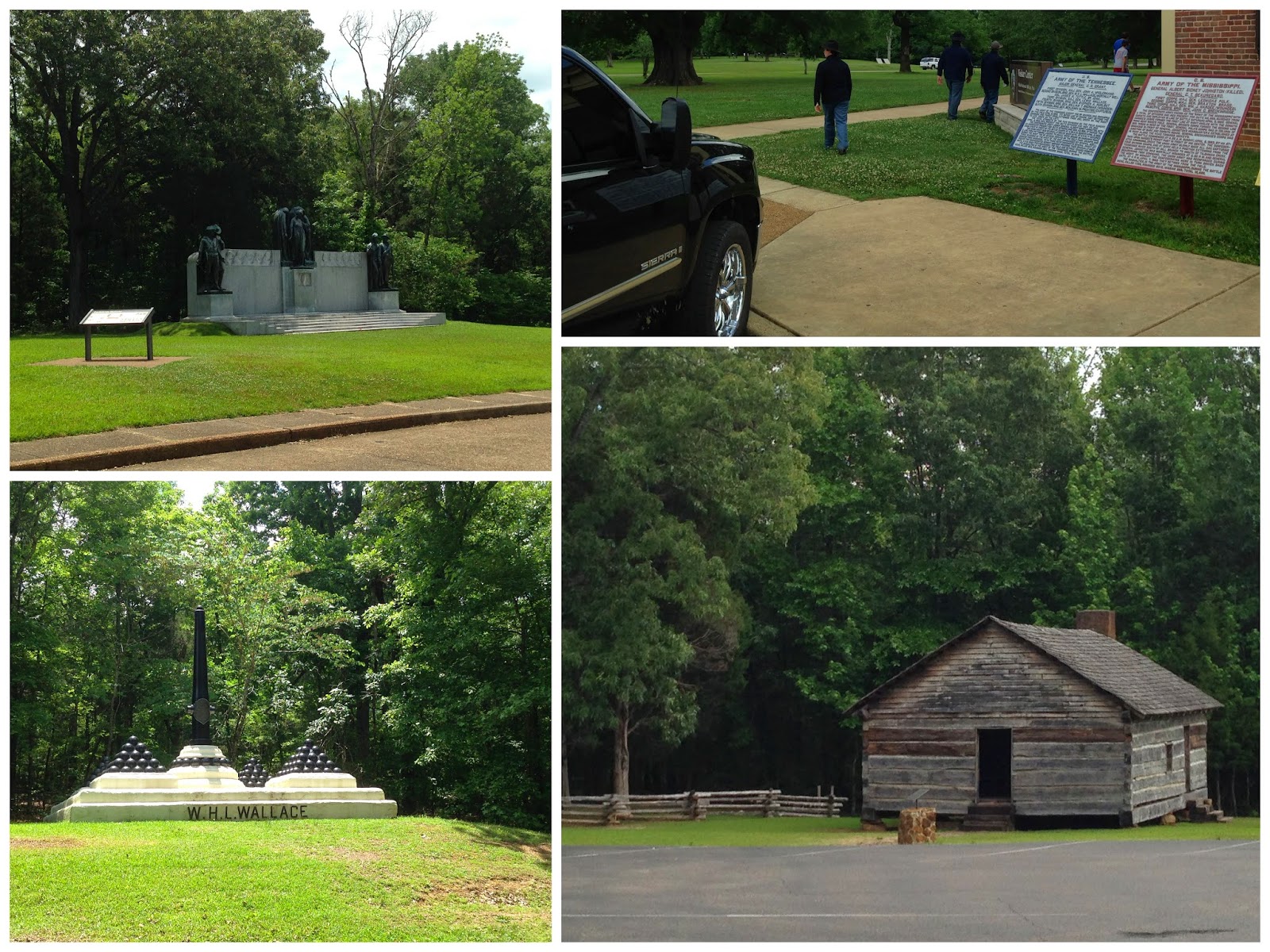 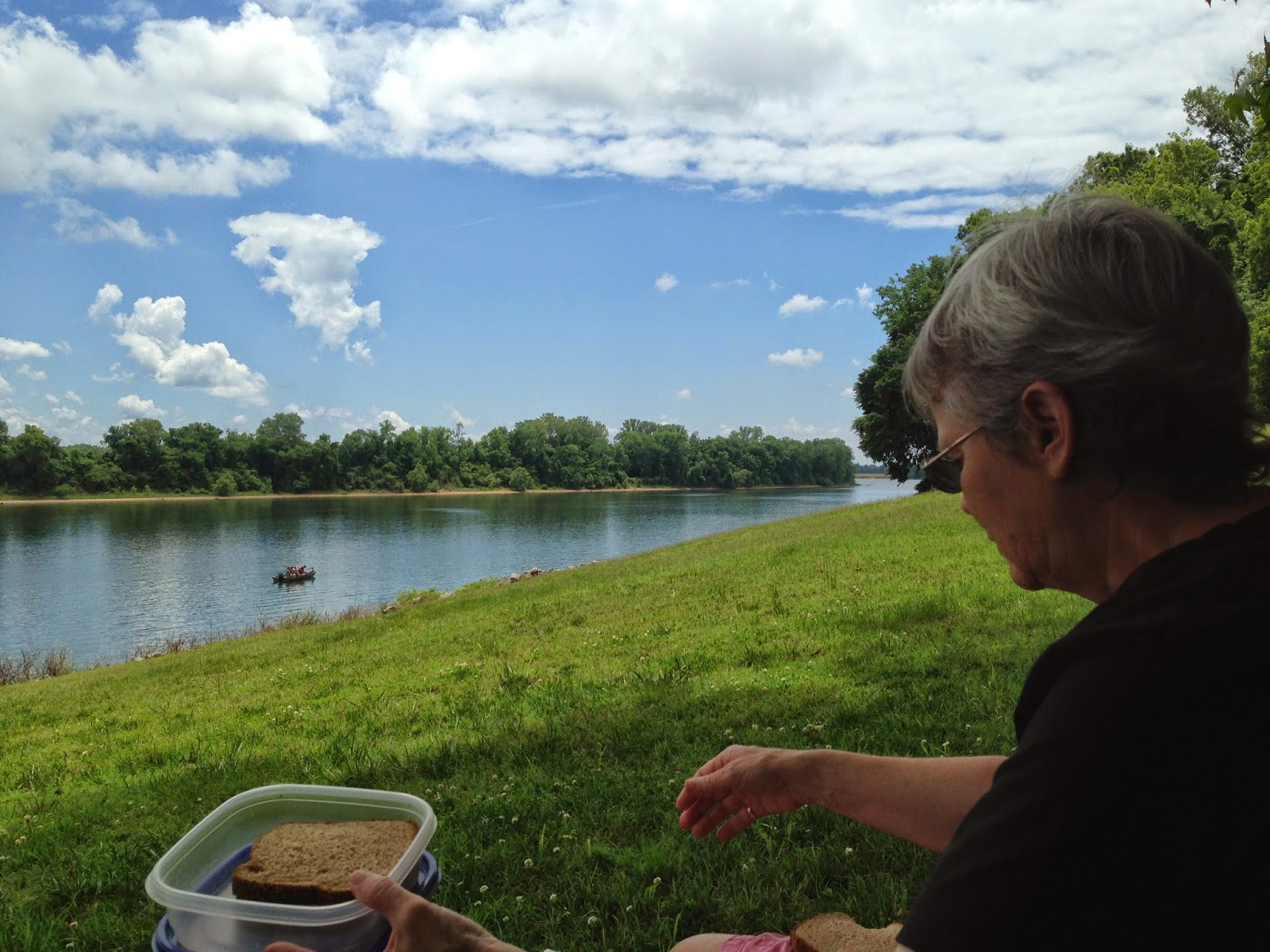 Then we were off to Corinth and our next museum. 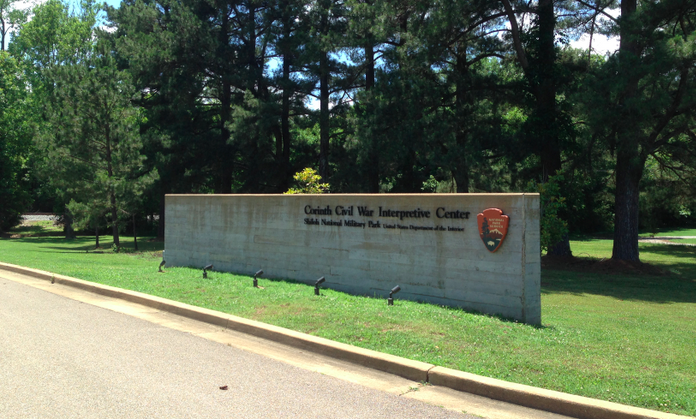 Once we got to the Interpretive Center, we saw a number of artifacts embedded in the cement. 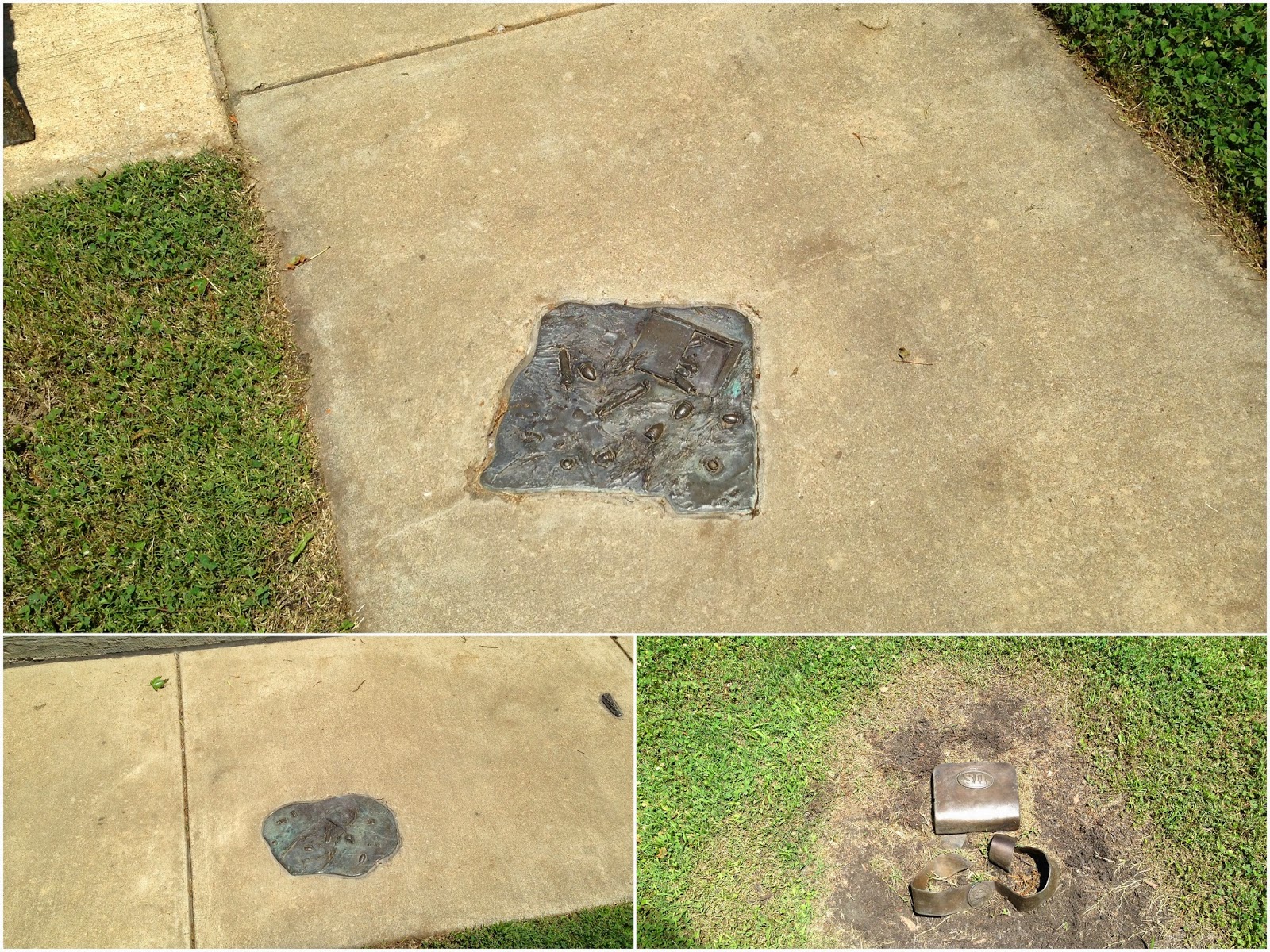 It was a unique way to build some curiosity.  And effective.

Inside, it was a collection of good displays and information that told the story of Corinth and its key role in the Civil War.

To the South, it was a vital distribution and supply point at a junction of rail lines going North and South (Ohio and Mobile Railroad) as well as another railroad route going East and West (Memphis and Charleston Railroad).

Confederate General P.G.T. Beauregard again suffered defeat from Union forces, this time under Gen
Henry Halleck.  However, he was able to pull off a hoax and escape in the night prior to the arrival of Union forces.  He boarded the Ohio and Mobile Railroad along with his soldiers, artillery guns and a large amount of supplies. 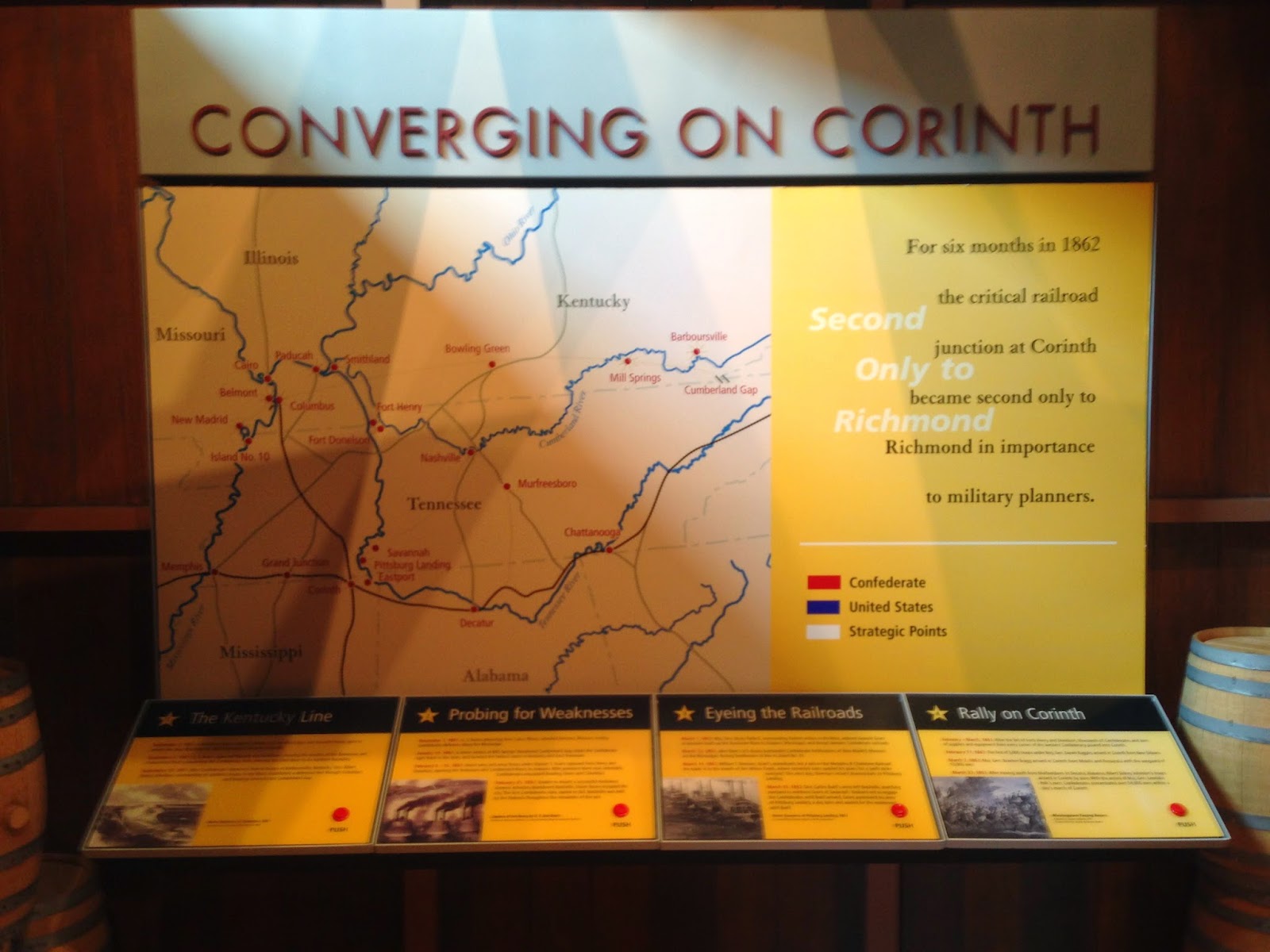 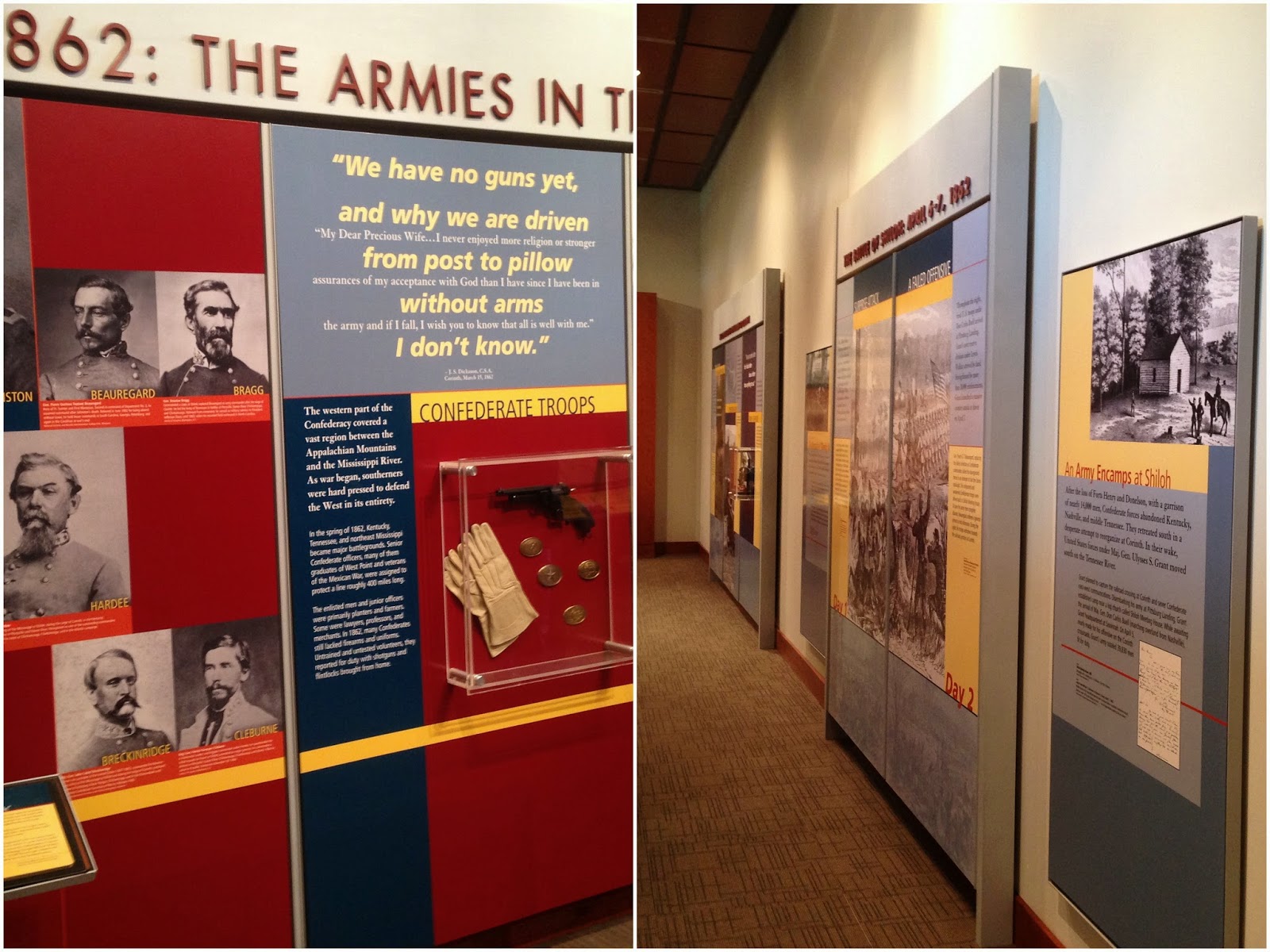 We walked through the museum and before departing for Red Bay in the late afternoon.  I think this is another one of those places I am going to have to visit again to digest the ebb and flow of battle and  the key events throughout the siege.

It was a great battlefield to see for the first time and I'm glad we took the time to spend some time there.  The National Park Service has done a nice job with it.  My main take away from this and Vicksburg the better understanding of Gen Grant and how he rose to prominence in the Civil War.  That has always been a mystery to me.

Thanks for joining us today on the Roadrunner Chronicles.  Until next time...

Posted by Roadrunner Chronicles at 6:00 AM