The Ronald Reagan Library is less than 35 miles from our campground and a few days ago, we visited it.

Our initial impression was good.  It was not hard to find, good roads into the facility and the parking was not far from the front entry. 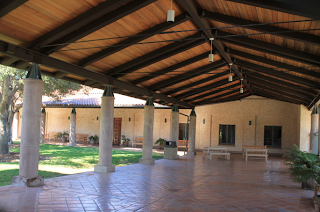 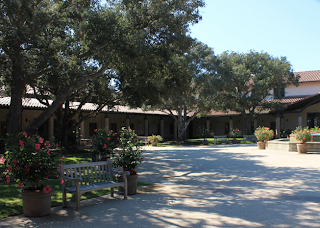 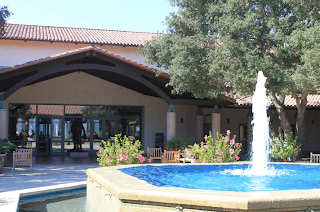 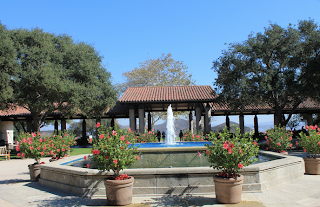 The facility and front door area looked like a ranch hacienda type of area.  It was large and had lots of floors and I could image a few evening functions being catered out here.

But they are scattered around the country. 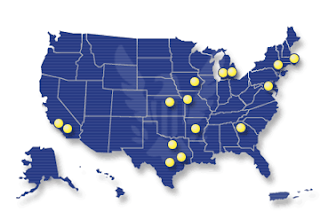 So far, we have seen the Presidential Libraries of:


That means we have a few left to see:
I think this, the Ronald Reagan may have been our favorite.  I liked the grounds, the setting and the layout of the facility.  I found this map online that gives a pretty good perspective. 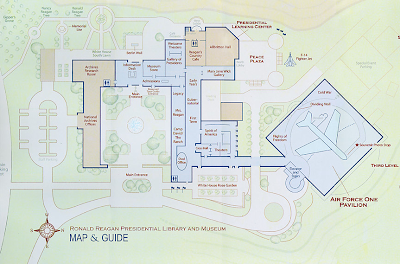 I found a couple displays especially interesting.  One was the video and information surrounding his time (1964-1962) as the spokesman for General Electric  and the host of GE Theater.  I spent some time in there learning about his travels across the country, visiting many of the 140 GE plants nationwide.

It provided him time to meet regular people and engage with them.  It was during these years, that he gave hundreds of speeches developed his political philosophy and ambitions. 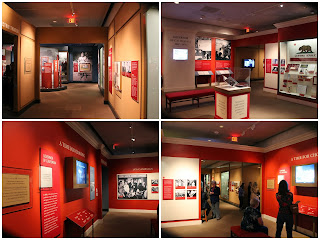 I also saw a display of his personal collection of note cards.  Over the years, he kept his thoughts and ideas on 4" x 6" note cards that he carried in a re-purposed photo album book.  That really impressed me for some reason.  Every time he heard a quote, or a statistic or a joke he wanted to remember, he jotted it down on note cards for later use. 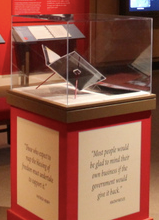 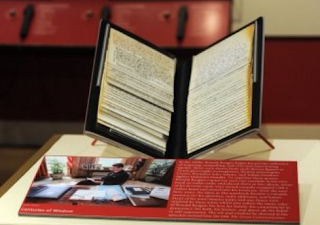 We spent a couple of hours wandering through the museum and saw his whole life story.  Some galleries included some great film footage of him and some scary moments during his presidency like the assassination attempt. 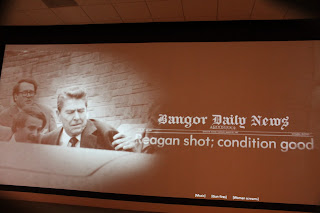 It was all very interesting.  I could have stayed longer.  Reading about his days as Governor, the accomplishments, the 'agenda'. 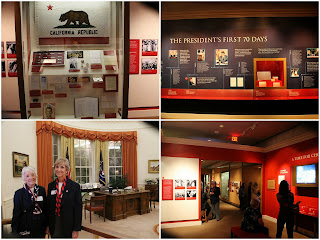 One thing I believe at all presidential museums has been a replica of the Oval Office.  We spoke with the ladies there for a few minutes.  I always try to thank the volunteers.  Without them - it would be quite different.  Whether they are at the Information Center in downtown Napa or at this Presidential Library, I appreciate their contributions.  Their contribution makes a difference in my day.

Next, we headed over to the Air Force One display.  It was quite impressive.  We got a chance to walk through it although photographs were not allowed. 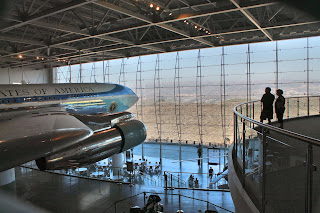 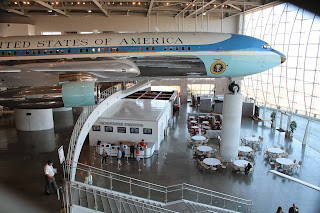 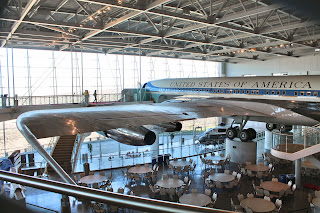 Then we went through another part of the museum 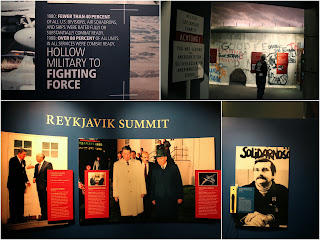 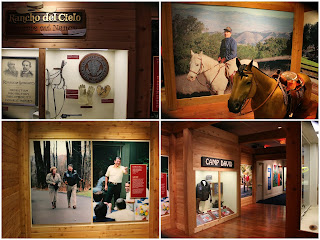 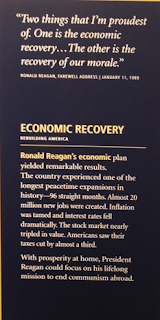 Around back, we saw a piece of the Berlin Wall. 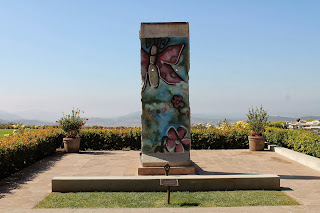 And his final resting place 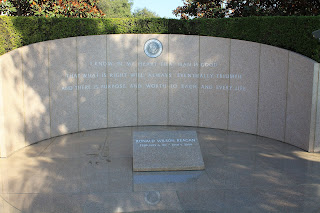 It was a great afternoon.  Sometimes during the tour I got goosebumps and our time there was very uplifting.