The Jekyll Island Club was an island retreat built in the late 1880's for the wealthy who could afford the $600 / year membership and the means to get to the island resort.  With no roads or railroad to the reclusive island, the only way to get there was by boat.

The favorite past time of early members and their families was hunting.  A gamekeeper kept the island well stocked with pheasant, turkeys, wild boar and deer.

Among the members included William Rockefeller, Henry Hyde, Marshall Field, J.P. Morgan, Joseph Pulitzer and William Vanderbilt.  The accommodations began with the large hotel, then a 'condominium' was built, followed by some large homes on the property.

The hotel is still in use today and is quite magnificent. 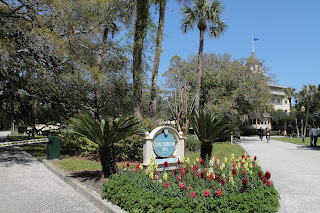 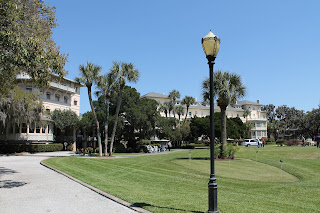 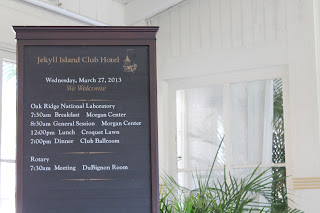 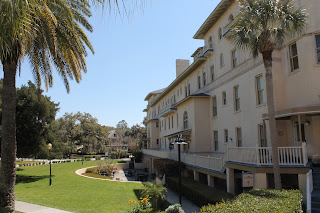 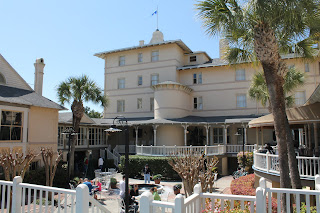 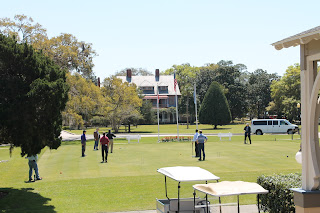 The historical wharf has a little cafe and gift shop. 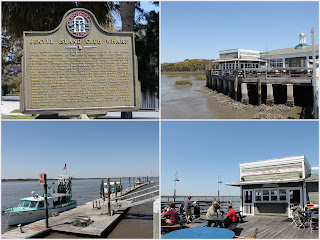 Tourists can view one of the homes on the property with a ticket on the tram tour, but we declined and just walked around the grounds.

Sans Souci ("Without Care") was built by J.P. Morgan and was large enough for six families. 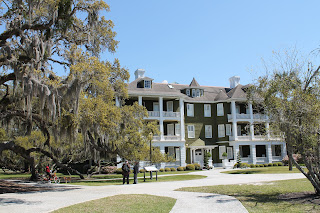 William Rockefeller lived here for a time, then built his own "cottage" which he named 'Indian Mound'. 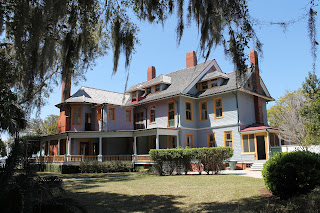 The grounds are well manicured and they have carriage rides which adds a nice touch. 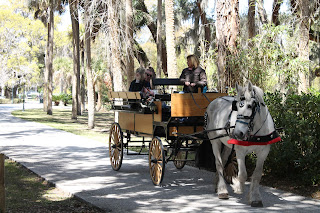 Thanks for joining us today on the Roadrunner Chronicles!  Until next time...

Posted by Roadrunner Chronicles at 7:32 AM