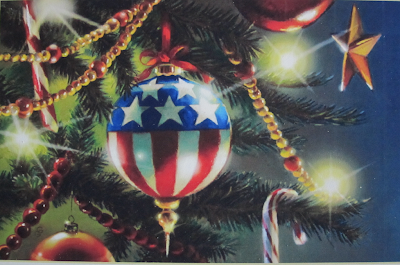 We hope this finds you in the midst of a great Holiday!  2010 was a big year for us in many ways.  We are in Year Two of our RV adventures and travels.  We can't think of anything else we'd rather be doing.

Well, maybe we can ~ like being in a little warmer weather!  We have been in the Virginia Beach area since the first part of October.  We decided we’d stay in one place for a while and we like this part of the country.

Kelly was living in Dallas and working for a Design firm until she was laid off in February.  She looked for a new job for months.  Ugh!  That was hard, but the great news is she landed a job as a Marketing Coordinator for a building/construction firm in Newport News.  She now lives in Norfolk and likes being back in this area.  After three months at her job she is enjoying it and we are very thankful.

Adam now lives in Brooklyn.  As you many know, he was living near Meghan when her breast cancer returned in January.  They were married in March but she died in April.  Meghan had a long list of goals and Adam decided he would take those on as his own.  One goal was to India and volunteer/work with kids.  Adam spent three months in Jaisalmer, India, working with kids teaching English and computer. He returned in time for us to spend Thanksgiving together where our latest family photo was taken. 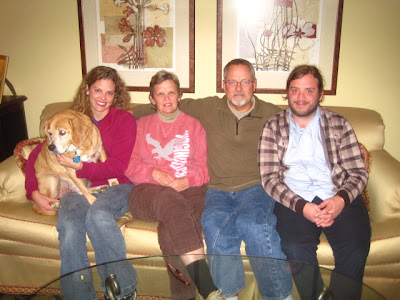 Pam and I spent a few weeks in Quartzsite, Arizona in January learning we love ‘boondocking’.  Then we moved on to Tucson, which we loved.  In March, we worked on houses with NOMADS in Galveston doing Disaster Recovery work.  After that we headed up to Michigan near the Canada border to be with Adam.  Then when Meghan died in April, we stayed around the area before spending a month traveling in Canada.  When Kelly found a job  in August, we moved south for Texas, helped pack her up, and ended up here for the last 2 ½ months in Virginia Beach.

One of the neat things about this area is the great Habitat for Humanity affiliate here.  We have been able to plug in and work on two houses.  They have a good thing going here and we have made some great Habitat friends.  We love them and working with them. 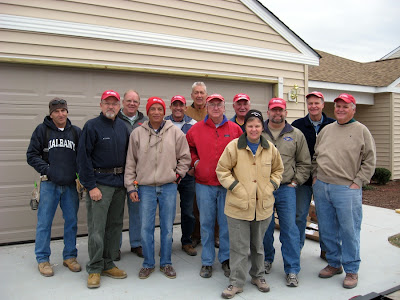 It has been an up and down year but we are thankful to God’s grace to us and to our kids and we look forward to a great 2011.  We plan to spend time in Moss Point, MS with NOMADS, in south Texas with friends, a couple of months in Tucson and are scheduled for a Habitat build in Santa Fe in May.

We hope you have a wonderful holiday!  Please keep in touch!  Merry Christmas and Happy New Year!

~ Randy and Pam
Posted by Roadrunner Chronicles at 9:08 AM