More on our Day in Atlanta

Seeing the Georgia State Capitol, we found the Jimmy Carter Presidential Library and Museum.  We were glad it was open.  The ground and parking lot gave the notion of it being an important place.  It was well groomed and flags were flying. 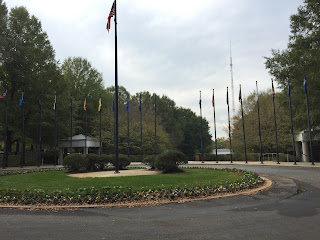 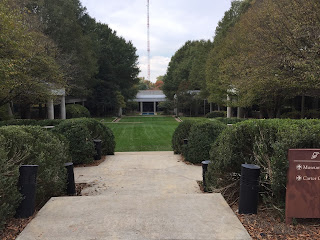 It reminded me a little bit of the Herbert Hoover Presidential Library and Museum we visited in 2014.
We were greeted at the door with the news that entry for veterans on Veterans Day was free! 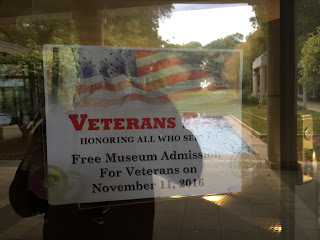 That was a nice gesture!

We saw the orientation film that was excellent.  One thing it described was how he was affected by corruption in a state election.  He lost and the next time he ran one of his by lines was, "I will never lie to you."
I would say among his most significant accomplishments during his presidency was winning the Nobel Peace Prize for his tenacious and wise work with Egypt and Israel and reaching the Camp David Peace Accords. 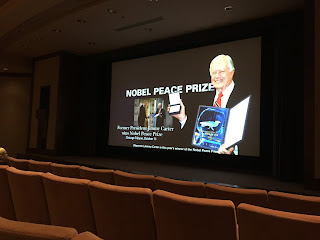 Then the tour of the museum took us through a number of hallways and displays.  A lot of it was about his early life from Plains to his time at the U.S. Naval Academy. 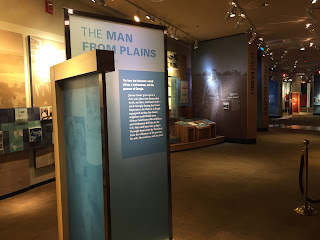 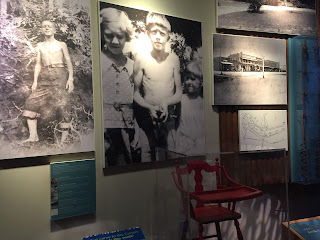 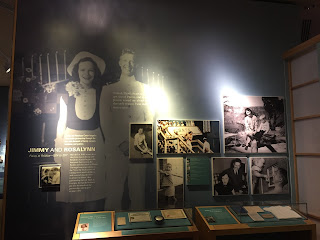 The Iranian hostage crisis happened during his tenure and they were released after 444 days.  The Iranians finally let them go about the same time as Jimmy Carter was leaving office when President Reagan was being swore in.

The museum housed the presidential library and archives.  We could see rows and rows of filing boxes.  It contains 27 million pages of documents, 500,000 photos and another 40,000 objects (videos, audiotapes and films.)

We liked our tour and thought it was very well done.  It is worth the visit.

Next, we found the Atlanta Underground.  We weren't really sure what that was about but wanted to stop and see it.  The parking was free and we wandered around a little while.  It was a lot of shops and not much was going on.  We might not have been in the right entry way?  Or there might be a better vantage to see it.  We did not stay long and headed over the downtown area in search of the Coca-Cola Museum.

The World of Coca-Cola multi-media center outgrew its first location near Atlanta Underground and we went over to the larger site near the Olympic Park.

We actually walked through the Olympic Park to get to the World of Coca-Cola. 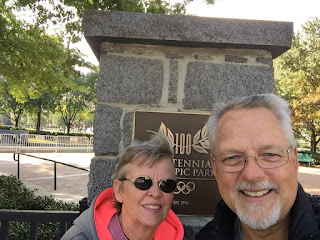 This was an interesting display commemorating the athletes. 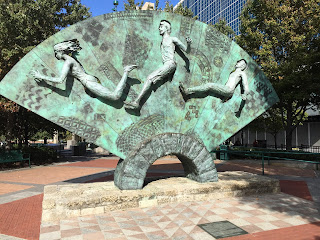 They had a number of weekend events ongoing.  It is a place where events are staged and locals have a chance to bring a group for some kickball.  We saw a game in progress. 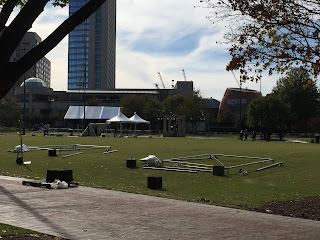 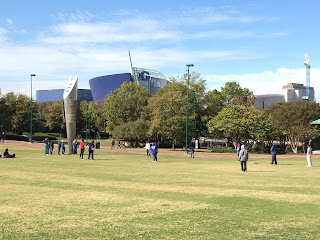 The World of Coca-Cola was across the street. 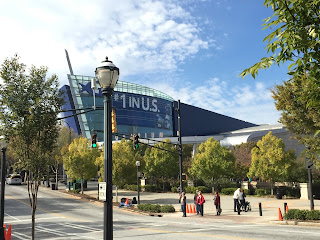 We were met with a statue of John Pemberton who was the inventor of Coca-Cola.  He had a saber wound from hostilities during the Civil War and began a life-long addiction to morphine.  He died of cancer in 1888. 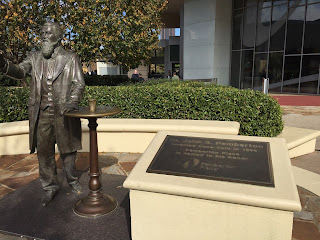 As a trained pharmacist, he began experimenting with ingredients until he stumbled upon a concoction that he accidentally mixed with carbonation to get the "secret mix". 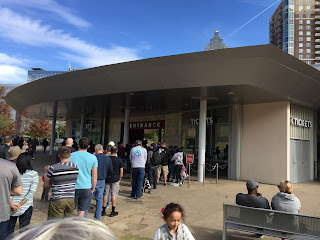 The lines were long because they had a power outage and weren't selling any new tickets.  Oops. 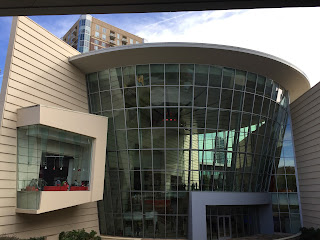 We looked around and went to the gift store instead.  More long lines.  But that was OK.  We didn't see anything we couldn't do without... 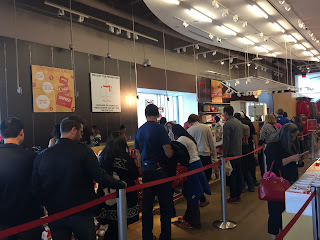 We saw this display of the polar bear which I remember from a couple of Christmases ago.  I thought this is a new twist and why did Coca-Cola decide to make and advertising campaign around a polar bear.
As the sign says, it was started in the 1920's and then re-introduced in 1993.  So it has been around a long time. 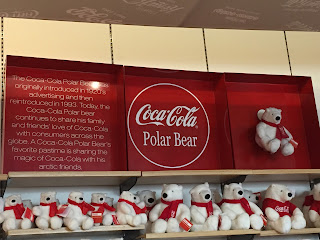 And there are all kinds of gifts to grab to fit any budget... 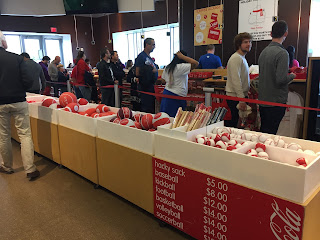 Outside and across the street, we made our way back through the Olympic Park grounds 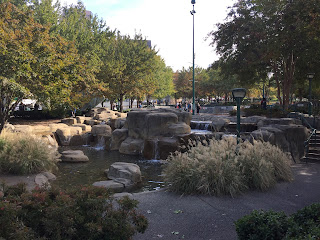 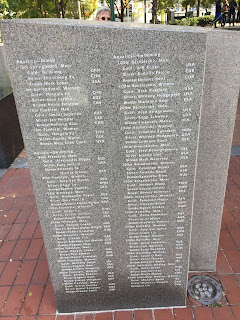 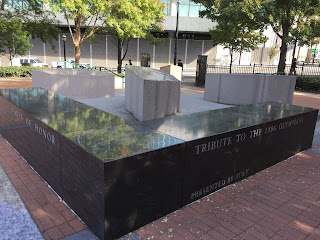 Some very well done tributes to people who train for years and years in order to make it to the Olympics and some are lucky enough to get a medal.  And have their name engraved on these monuments. 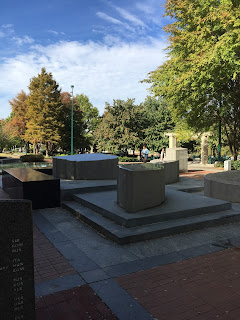 It turned out to be a real busy day for us in Atlanta but we got to see a lot of different things.  And determine which other things we want to see next time.


Posted by Roadrunner Chronicles at 7:00 AM