Making our Way Down to Camp Lejeune

As planned, yesterday we left Sea Mist RV Campground in Virginia Beach and drove south for about five hours.  The Daylight Savings ended on Saturday night so we were ready to go.  And a bit early.  It was still pretty nippy outside when we pulled out at 7:44 AM.

We almost didn't pull out.  We turned on the 'Engine Pre-heat' button on the DS console about 30 minutes before we were ready to start it up.  We got it started on the second try but it was very sluggish.

Yikes!  Not sure what that means except it bears watching and is cause for our attention.  There must be something causing this.  Top guess is the chassis batteries that are five years old need replacing. Another possibility is Engine Pre Heat.  During our two days at Camp Lejeune Pam was searching the web and found an article that discussed the value of hours of Engine PreHeating.

The weather was in the low 40's and in the high 30's so we turned on the Engine PreHeat switch overnight.  It fired right up when we left Camp Lejeune.  We also took an appointment for service technicians in the Ocala Cummunis shop to take a look at things on November 21.  Hopefully we will be OK for the next couple of weeks.

On Sunday, the route we picked from Virginia Beach to Camp Lejeune was along the coast and away from I-95.  Turned out the road was great and I love seeing the country from the smaller highways and back roads.  I am a little leary of some of the roads on the map because I don't want to get on narrow two-laners or ones that need some maintenance.  But today it all worked out nicely both on the four lane and two lane roads. 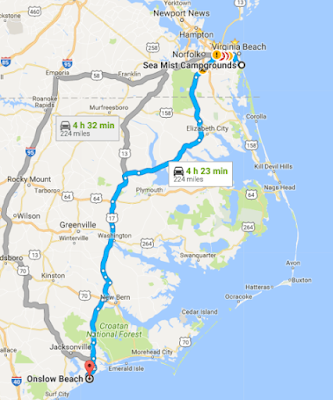 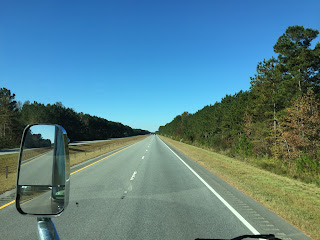 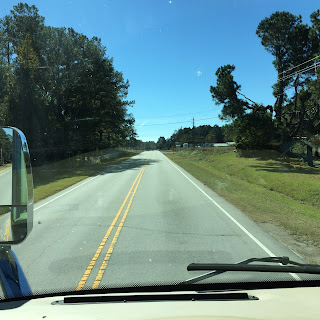 Once we got to Onslow Beach, we discovered we were right next to the Atlantic Intracoastal Waterway.  The beach and campground are right on the other side of this drawbridge. 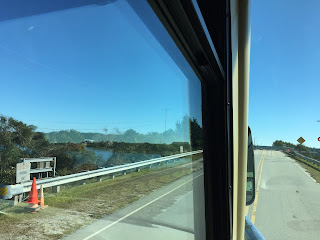 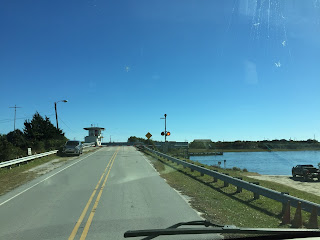 The check-in and site assignment went fine and we got one that was about 200 yards to the beach and the same distance in the other direction to the waterway. 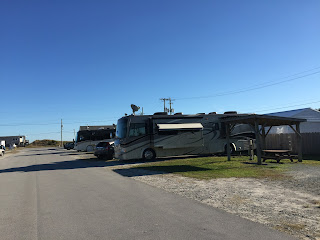 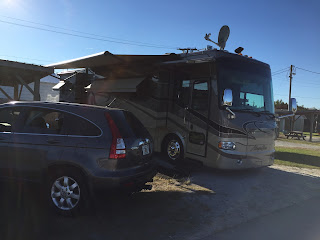 After getting set up.  We walked over to the beach.  It was calm and flat.  One thing we noticed was the damage from Hurricane Matthew.  They lost about 12 feet of sand dunes. 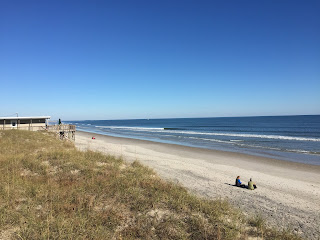 Some day-units were damaged and we were told they would not be replaced or repaired. 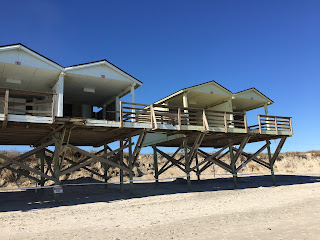 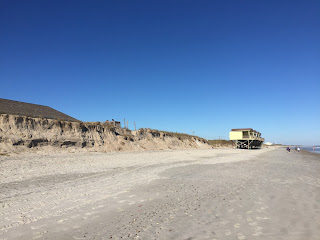 Later, we walked the other direction to the intracoastal waterway and watched some boats pass by. 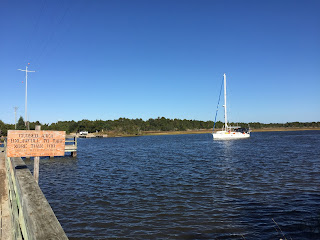 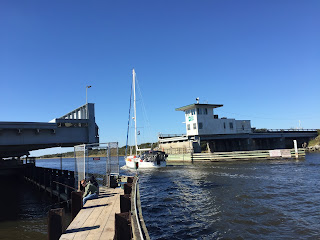 It was very interesting so see this substantial bridge turn sideways and let boats through, then return to its original position with precision and clearances down to inches.  It was impressive. 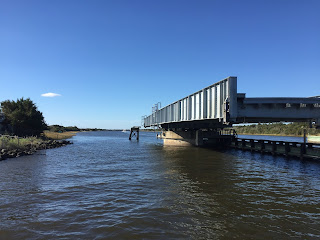 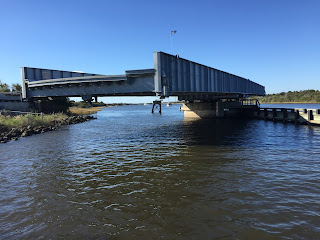 The next day we went across the channel and looked back from the other side while watching some other boats go through the drawbridge. 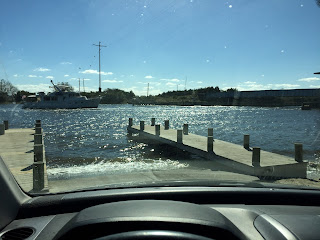 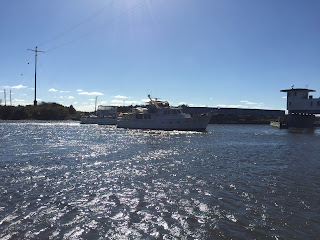 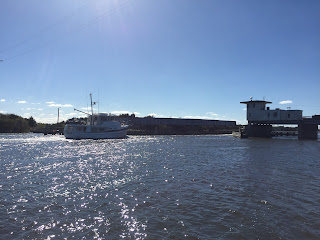 We took a windshield tour of Camp Lejeune and saw a small portion of it.  We decided to go out to the golf course and found some interesting memorabilia on the walls of the clubhouse. 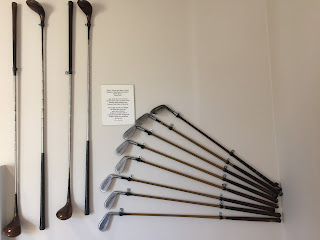 The course was built in the late 1920's.  One member donated a set of clubs that was among the first steel shafted clubs.  Interesting. 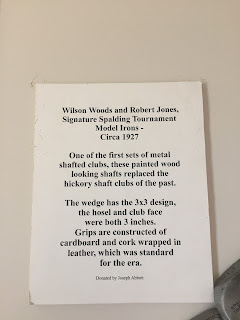 The information on this wall had a very interesting tid bit of information.  Paradise Point is the oldest golf course in the Marine Corps.  Also, George Cobb, a former marine designed original course there at Paradise Point.  Of note, this is the same guy that designed the Par 3 course at Augusta National Golf club.  Who knew? 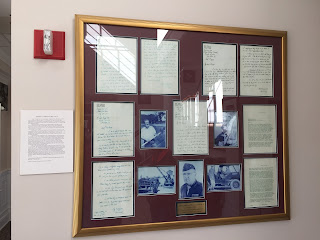 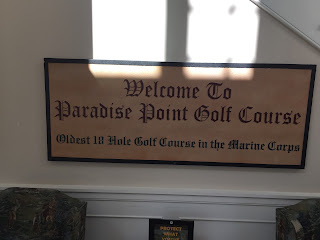 Yesterday before we departed, I got up and went over to the beach.  It was 39 degrees cold and crisp.  And there were 20 or so marines over in the adjacent parking lot getting ready for their morning run in shorts and t-shirts. 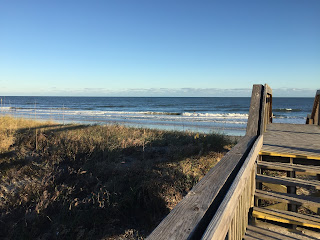 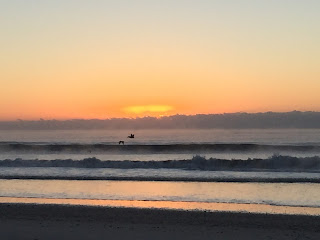 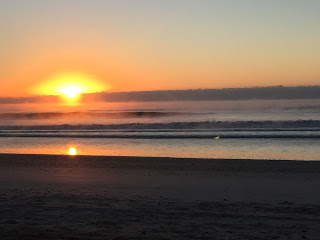 We were glad we got to visit the beach campground at Camp Lejeune.  It is worth seeing again.  Hopefully we'll be able to do that.

Posted by Roadrunner Chronicles at 9:21 AM