Looking for the Liberty Bell

Every state capitol was given a replica of the Liberty Bell in 1950.  When we visit state capitols, we always like to find out where it is located.

We were recently in Columbia, SC to visit the state capitol.  It is only about 8-9 miles from the campground where we stayed - the Army Travel Campground at Lake Weston Recreation Area. 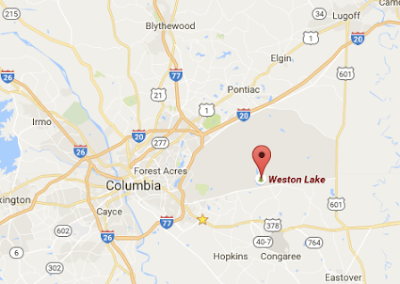 Our drive from Fort Jackson Travel Campground to the downtown area was relatively short.  We found a parking lot about two blocks away and entered the grounds from what seemed like the "back" off of Pendleton Street. 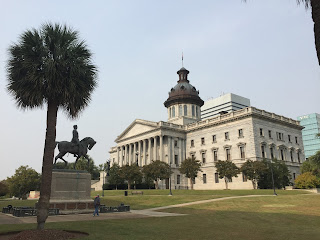 The State House was originally located in Charleston and built in the 1750's./  In 1786, the capital was moved closer to the geographic center of the state.  It was the nation's first planned capital city.  Fire destroyed the first wood building and construction began in 1854.  Progress was slow got slower during the Civil War.  In fact, when General Sherman and the Union Army invaded the state in 1865, that State House was burned and badly damaged. 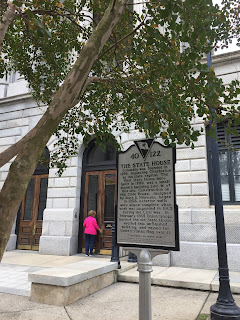 It took many years for construction and repairs to continue and it was declared completed in 1907.

Once inside the building, we made our way into a small auditorium along with a 3rd grade class on a field trip.  We saw an 11-minute orientation film which provided a good summary of the highlights of the state and the State House. 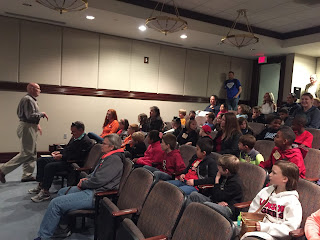 Like many capital buildings, it has a dome in the center on the ground floor with four wings extending from the center.  It is on the small side but it was nicely decorated and designed. 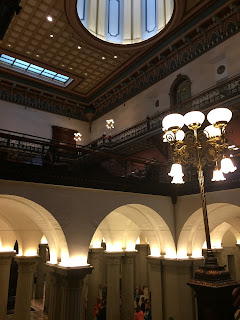 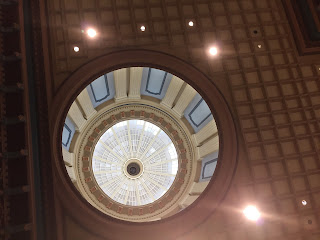 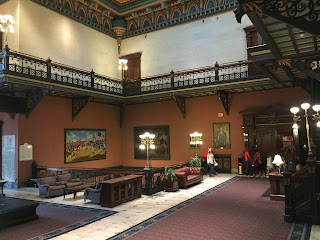 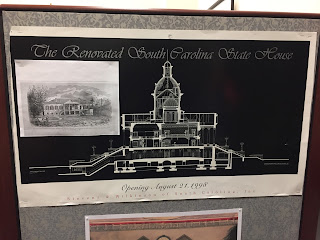 One of the tour guides pointed us to this poster which shows some unique features.  If you look hard enough you can see the smaller interior dome under the larger exterior dome and slightly off center.  Also, you can see bold lines and areas under the structure that are actually new pilings and modifications added during the 1995-1998 renovation.  When it was finished, it was the state's first retrofitted, earthquake proof building.

Looking down from the stairway of the second floor, you could see the main entry way and a statue of on the South Carolina's statesman:  John Calhoun. 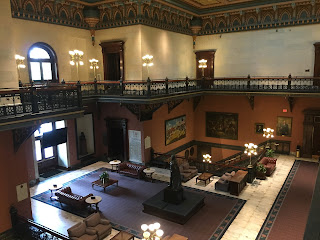 At the top of the stairs we saw the main door of the House of Representatives. Unfortunately, it had a sign which indicated it was under construction and therefore we were not able to go inside. 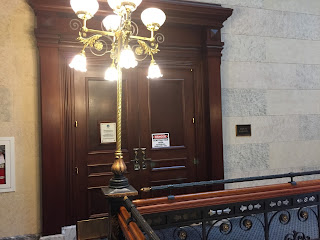 Across on the opposite wing, we were able to see inside the Senate chambers. 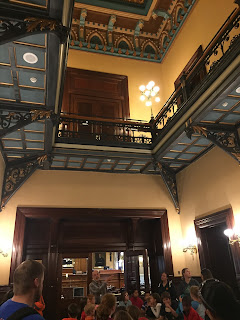 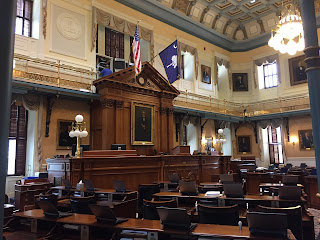 The Senate chambers is where 46 districts are represented.  Each senator represents approximately 87, 000 South Carolinians.

After touring the inside we exited the building and walked around the other side of the grounds. 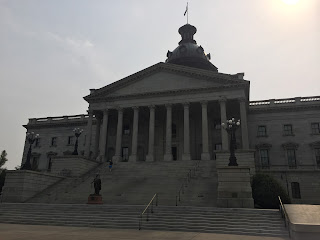 This is a view of the State House from the 'front' looking from down Main Street.  The statue in the middle is of George Washington.

U.S. Senator Strom Thurmond began representing the state in Washington in 1954 until 2002 when he was succeeded by Lindsey Graham.  Thurmond was the second longest serving member of the Senate.  He was there 48 years. 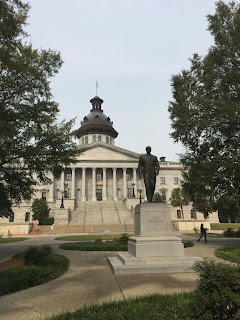 A statue of Strom Thurmond is in the back of the 18 acres of the capitol grounds.

Not far away, we found the famous Liberty Bell.  Every state capitol has one and we enjoy looking to see where each had is displayed.  This was not far from the Thurmond statue on the capitol grounds. 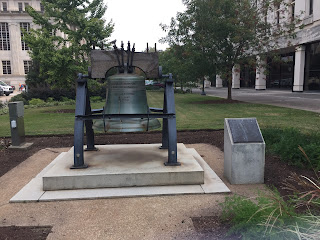 The replica is one of 55 Liberty Bells that were sent to U.S. capitols, Washington D.C. and U.S. territories as part of a Savings Bond drive called, "Save Your Independence."

Another fun part of the day was meeting a fellow RVer in the orientation film.  He was there to see the state capitols and had been to 14.  Talking with him caused us to think about how many we have seen:
It was fun to add another one to the list.  And we'll be seeing more on our trip south in the next few weeks.

Posted by Roadrunner Chronicles at 5:32 PM