Getting to Key West

We figured we could squeeze in a short trip to Key West during this year's visit to Florida.  We left Virginia Beach the first week of November and are scheduled to return the middle of December.

We made it to the Sun City area for a one night stay at Manatee River State Park.  We called ahead and asked if they had any "Walk Up" sites and they said a couple were available so we took our chances and snagged a good one.

We like to try out as many Florida State Parks as we can since they are the best we've seen in our travels.  Like others, it had a laundry and full hook ups.  So we were able to get a lot done even for an overnite stay. 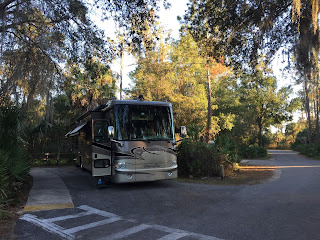 Despite a very busy schedule cousin Kevin and I were able to get together for a bit later that evening.  That was fun! 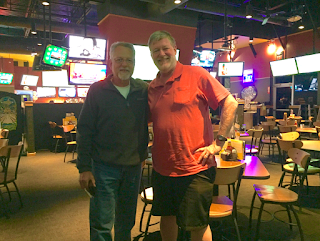 The next day we made our way south past Miccosukee Casino and on toward Homestead and the Keys.  We stopped for diesel and almost had an "oops!". 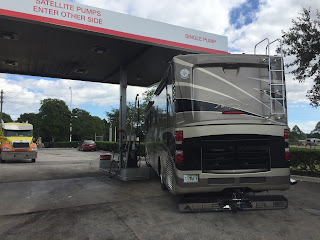 Instead we took it slowly and agreed -- this is a No Go.  We had to unhook, back up the Roadrunner and pull into the other pump.  The fueling truck directly in front was finished by the time we unhooked and we were able to fuel up, hook up and continue on our way.  Disaster avoided. 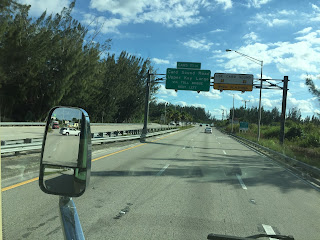 Next we were onto Highway 1 and headed on to Key Largo for the night and a stay at John Pennekamp State Park.  Another gem for an overnight stay.

The highlight of our time in Key Largo was meeting up with Habitat for Humanity Care-A-Vanner friends Tim and Cindy. 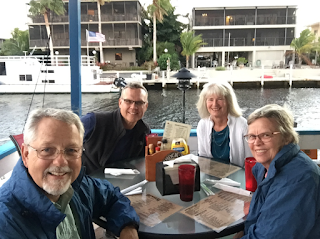 Last time we saw them was in August in Sheridan, Wyoming where they were participating in a build.  It was fun seeing them.  Their 'kids' - grown children were due to arrive the next day for the long weekend.

Wednesday we moved on down the road to Key West. 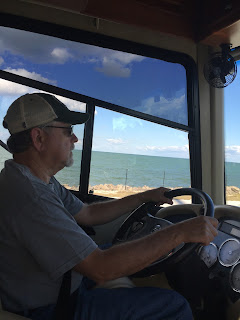 One of the great drives in America in my book is the 45 MPH drive over the 42 bridges from Florida City/ Homestead to Key West.  I love that drive! 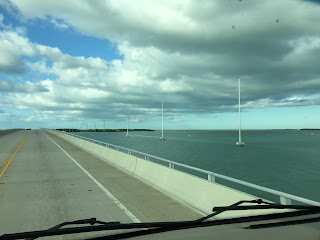 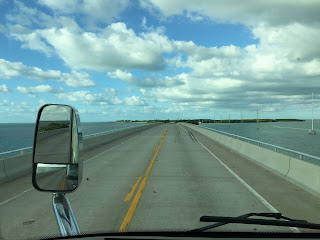 Eventually we come alongside of the famous Flager Overseas Railroad remains.  Henry Flagler financed the building of the railroad starting in 1905 and completed in 1912.  It was the first railroad to Key West and operated for 23 years until the hurricane of 1935.  Most was destroyed and never rebuilt.  Instead, the overland highway 'replaced' it in 1938. 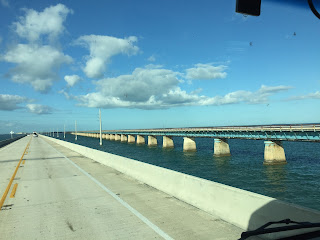 It was 100 miles and about two hours from Key Largo to Key West.  Our campground at Sigsbee Navy Station was just of Mile Marker 3. 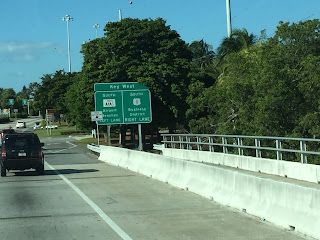 The campground caters to hundreds of campers with 90 full hook up sites and 310 'overflow' dry camping sites.  We spent two nights at this spot in dry camping.  Pretty great views and a lovely way to enjoy Thanksgiving Day. 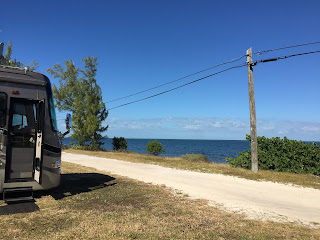 We were going to got out for a Thanksgiving Day dinner at the local VFW, but I caught a bug of some sort and was out of commission most of the day.  We had a back up and enjoyed our turkey TV dinners and a quiet day of football.

Two days later we moved to a full hook up site. 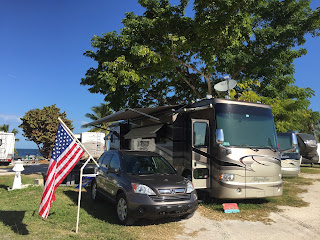 It was a great start to a few days in Key West!


Posted by Roadrunner Chronicles at 7:51 PM