A Day in Sequoia and King's Canyon National Parks

We were at the Lakes RV and Golf Resort for a couple of weeks and took a day trip south to Fresno and into the Sierras to see Sequoia and King's Canyon National Parks. 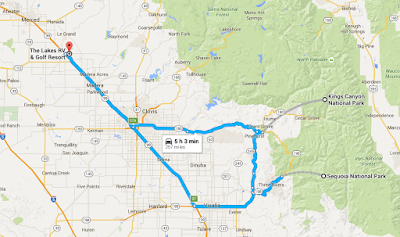 It was a beautiful and warm day for a drive.  We started out in the morning and planned on a picnic lunch along the way somewhere. 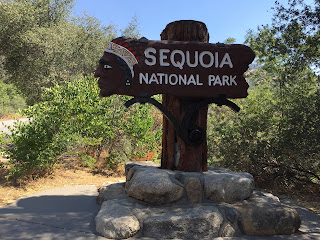 Not far from our Ash Mountain entrance we saw Tunnel Rock which was quite unique.  At one time the road went under it but it is not blocked off. 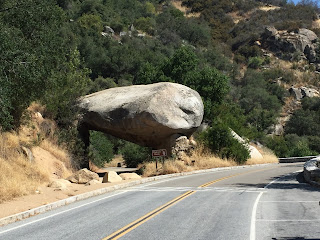 This barrier wall was common for many miles up the mountain and reminded us of the work of the Civilian Conservation Corp on similar mountain roads throughout the US National Park system. 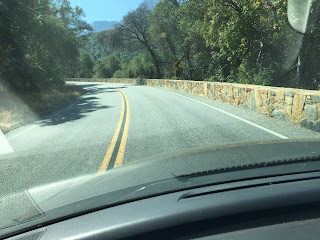 At the top of overlook not far from Hospital Rock looking across the vast valley below. 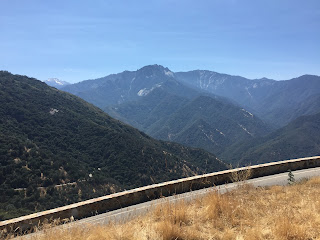 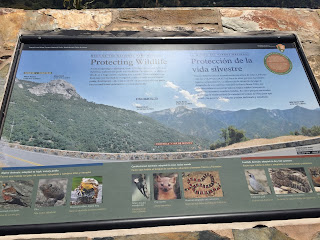 We enjoyed the view with another couple (Jordan and Jen) from Chicago who were on a road trip by way of Las Vegas.  Fun to talk to them a bit before we continued up the mountain. 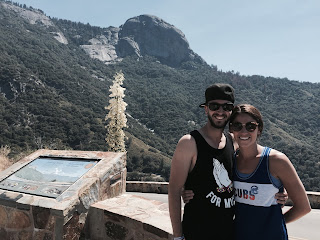 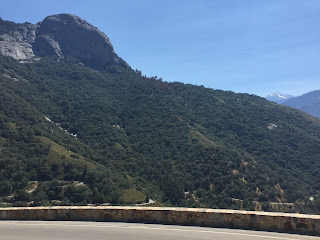 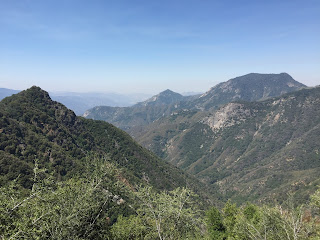 Along the way, Pam notice how dead looking some of the pine trees looked.

A ranger confirmed that there has been a beetle problem this year killing some pines.

Our next stop was the Giant Forest Museum. 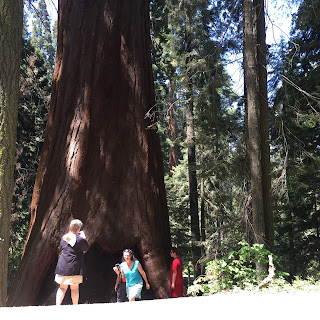 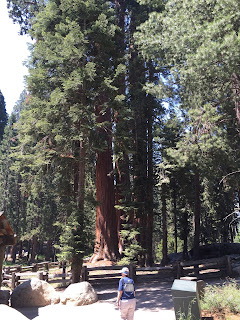 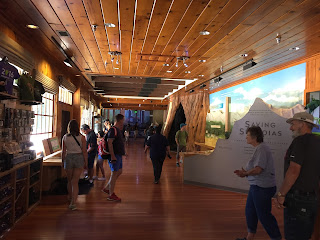 It was a good reference point and display explaining the history of the big trees in the area and point out all the groves of sequoias. Each are named and the trees are actually numbered. 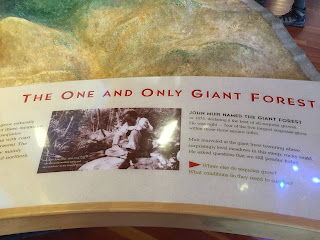 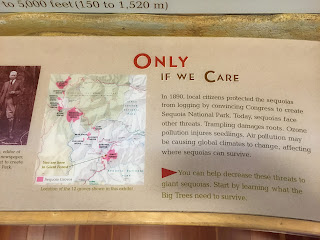 It was almost time for lunch so we made our way over to another Visitor Center - this one at Lodgepole. 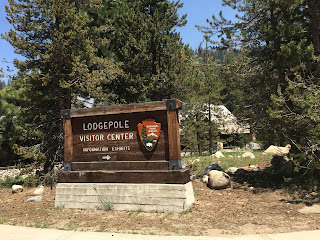 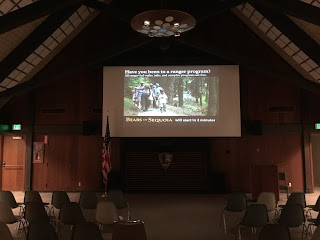 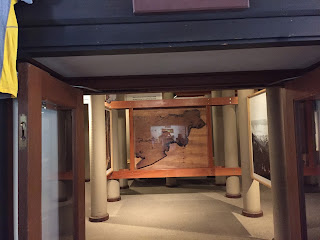 Key people who were pioneers in setting aside lands for public use and protection including the most famous of all - John Muir. 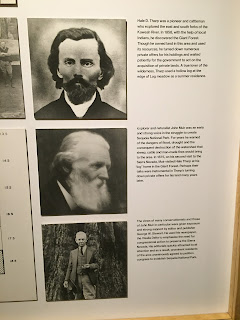 Pam getting some more info from the Park Ranger on the drought and the beetle problem affecting the pine trees. 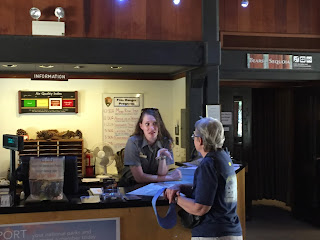 Then we had lunch at a picnic area near the 'village' center.  It had a small laundry, grocery store and some shaded tables.

After lunch we went over to the General Grant Grove and saw the second largest tree in the world and the largest giant sequoia in the area. 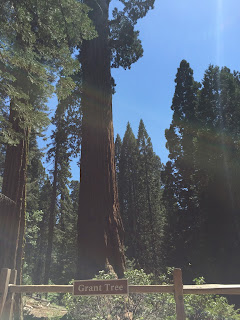 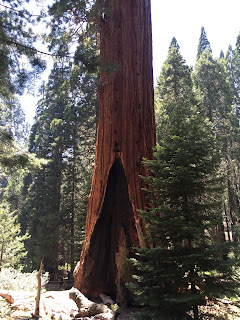 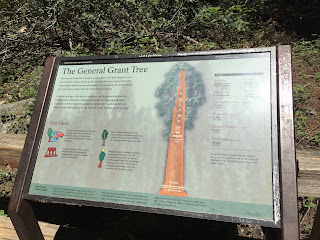 Some other trees near the short hike to the General Grant Tree. 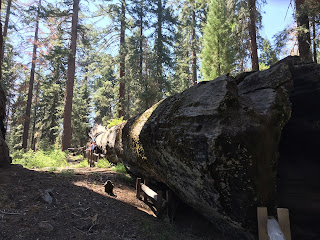 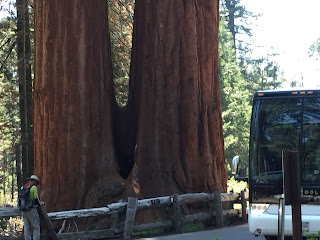 Sometimes one can not comprehend how big and beautiful these big trees are!  It was amazing.

After that, we headed down the mountain and back to our campground in Chowchilla.  It was good to be able to get a sense of what Sequoia and Kings Canyon National Parks are like, but it takes a lot more than one day to see it all.  Glad we were able to spend a little time there though.

Thanks for joining us on the Roadrunner Chronicles.

Posted by Roadrunner Chronicles at 10:25 AM